How Much Does SonyLIV Subscription Cost in Canada in 2022 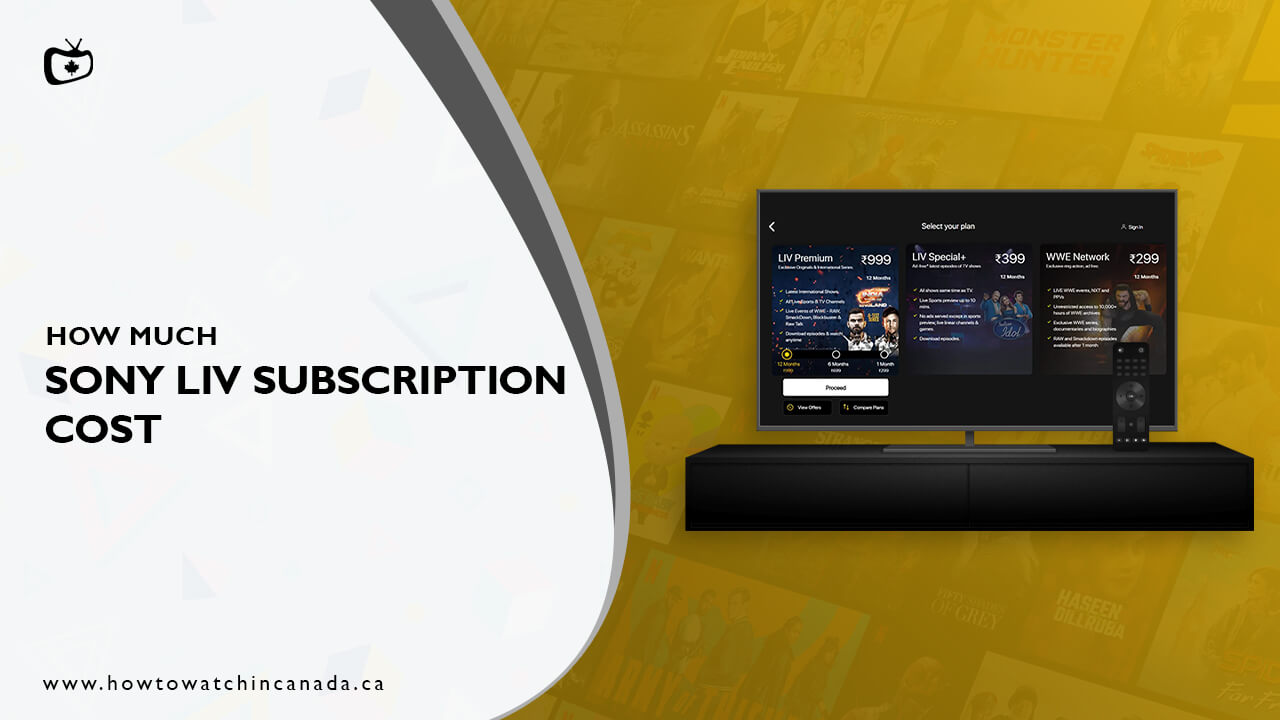 The subscription options available for the video-on-demand service provided by Sony Pictures Networks India Pvt. Ltd. in India have just been updated.

It introduced a new SonyLIV Mobile-only subscription, which let users watch material from the streaming platform on a single smartphone screen at a time but provides access to all of the content that is accessible on the site.

In addition, there are subscription options for SonyLIV WWE and SonyLIV Premium.

Sony Liv is the home of many popular shows, movies, web series, and sporting events like the WWE, UEFA Champions League, and UFC. But to see any of these, you will need to subscribe to SonyLIV in Canada.

SonyLIV not only provides a vast variety of English, Hindi, and regional films, but it also has a channel called Animax, which airs a wide variety of Japanese animations (often in their original audio in Japanese with English subtitles).

Now that we have discussed SonyLIV, it’s time to let you know about its subscription plans in case you want to avail yourself.

What Are The Different Plans of SonyLIV ?

Similar to other Indian streaming services like Voot and Hotstar, SonyLIV offers a fantastic content inventory. You may watch SAB, American TV series, and Sony TV programs, as well as films and TV shows from India.

The Sony LIV cost subscription Canada plan includes access to a wide range of sports, including broadcasts of the WWE, UEFA Champions League, UFC, and other athletic events.

Here is a short summary of the costs and features of the plans:

The SonyLIV Premium plan provides subscribers with the option to subscribe on a monthly, semi-annual, or annual basis.

In terms of functionality, the pack grants you access to all of the original content and movies that are produced by LIV. Live TV channels, as well as programs broadcast by Sony and SAB, are also available for your viewing pleasure.

You are now able to view Hollywood blockbusters and international television programs if you have a SonyLIV Premium subscription.

The SonyLIV Premium six-month and yearly subscriptions each support two displays simultaneously, whereas the Premium monthly membership of SonyLIV  only supports single display at a time.

In addition to offline downloads and up to five user profiles, the plan does not include any adverts (except for live streams).

As the name of the program implies, it is developed specifically with fans of WWE in mind. NXT, live WWE events, PPVs, unrestricted access to WWE material, exclusive WWE shows, bios, and documentaries are all included in the SonyLIV WWE network package, which costs 6.60 CAD (399 INR) per year.

Live WWE events, NXT, and Premium live events are all included in this pack at no additional cost. Additionally, it grants consumers access to more than 10,000 hours of WWE archives. In addition, users will get access to documentaries and bios produced by WWE.

In addition, episodes of RAW and Smackdown are made available for viewing once a month has passed. Aside from this, advertisements will only appear during live events, during the free preview, and during certain content.

After conducting beta testing with customers of Vodafone Idea (Vi), Sony has made the mobile-only service available to everyone. The SonyLIV mobile-only subscription gives users the ability to view over-the-top (OTT) material on mobile devices, as the name of the service may imply.

It does not provide support for mobile devices such as laptops or smart TVs. The SonyLIVcost 9.72 CAD (Rs 599)per year to purchase in India.

Users of Vi are able to purchase a subscription package that comes with a prepaid data pack for 1.33 CAD (Rs 82), which includes 4 GB of high-speed internet access. In addition to this, the package includes a monthly membership to the mobile-only version of SonyLIV.

Because of this, customers will be able to enjoy all of the material that SonyLIV has to offer simultaneously on a single screen on their mobile device.

Customers who choose this subscription plan will also receive free SonyLIV original shows and movies, shows from Sony and Sab that can be watched at the same time as they air on TV, Hollywood movies, live sports and tournaments, and international shows, up to five user profiles, and content geared toward children.

Can I Upgrade My SonyLIV Subscription in Canada?

You may upgrade your SonyLIV membership in Canada from WWE, Special (monthly plan), Special+ (6-month plan) and Premium (yearly plan), after paying the difference between the price of your former subscription plan and the price of the Premium plan.

This option is available to customers in Canada.

In addition to the Premium and WWE subscriptions, SonyLIV offers a free subscription that enables users to watch movies and television shows broadcast on Indian channels on the SonyLIV website or app without first registering for an account.

Some examples of these movies and shows include The Kapil Sharma Show and TMKOC.

Yes, there is a SonyLIV membership plan that is totally free. However, it only provides access to a subset of the service’s content catalog.

What is SonyLIV premium?

With this bundle, you get access to all of movies and LIV’s original programming. The bundle also includes access to a number of Live TV networks, in addition to Sony and SAB programs, so that you can watch television whenever it is available.

Is SonyLIV worth buying in Canada?

Yes, SonyLIV is worth buying in Canada because we think the monthly fee is absolutely justified. When you buy their membership, you are able to browse this streaming platform’s extensive content catalog.

Additionally, the Premium plan is not prohibitively expensive, and it grants you access to SonyLIV’s comprehensive content catalog.

How do I pay my SonyLIV subscription?

You can pay for your SonyLIV subscription using a variety of payment platforms. Options for payments made within the app include:

If the method of payment you use does not permit automatic renewal, you may manually renew your membership by heading to the “My Purchases” section of the website.

We hope that you now have a good concept of SonyLIV subscription plans in Canada, which will allow you to pick your preferred membership according to your requirements and preferences.

If you live in Canada and have a membership to SonyLIV, you have access to material that is exclusive to this streaming service and cannot be found anywhere else.

If you want to have a streaming experience that is free from interruptions so that you can get the most out of SonyLIV material, you can do so by using the best VPN for streaming.

Please let us know in the comment box below if there is anything else we can help you with with your SonyLIV subscription cost in Canada.