What is The Subscription Cost of VRV Canada? 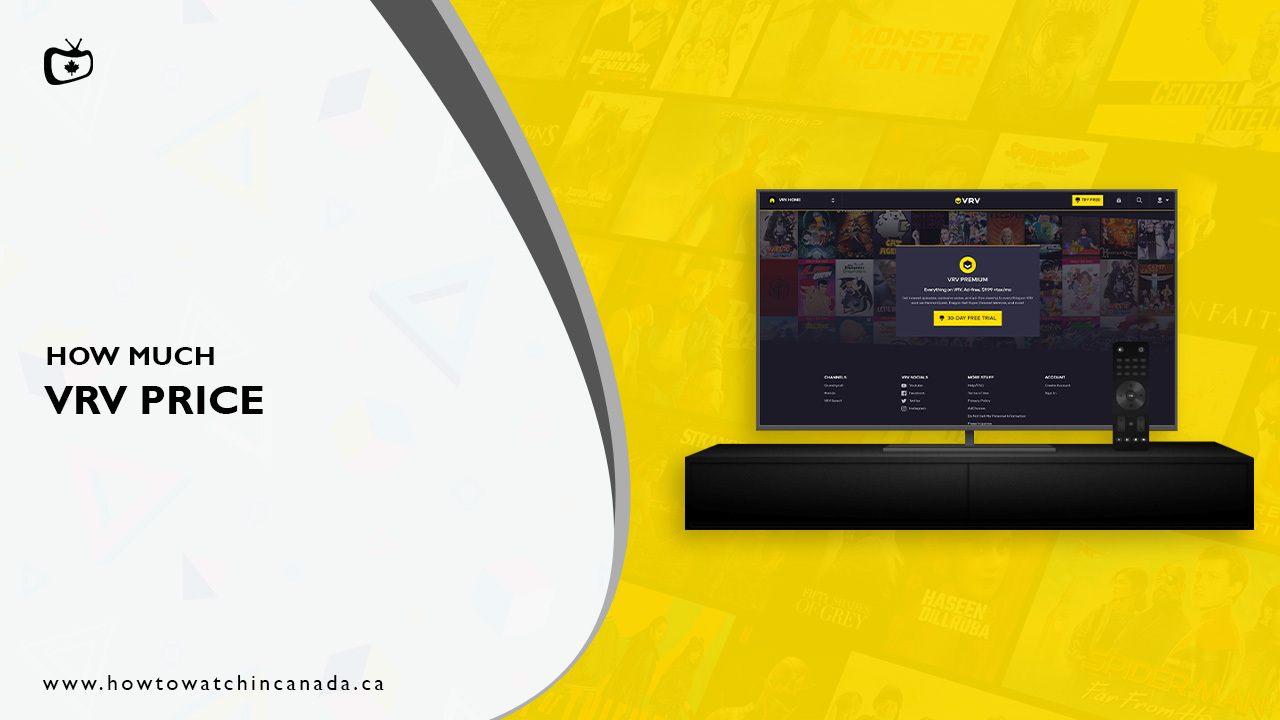 So, you’re an anime enthusiast and have decided to use VRV to provide you with your fill of daily anime content, but you want to know how much a VRV costs in Canada? The VRV cost of a subscription is priced at CAD 13.28 ($9.99) per month.

In this guide, we’ll be covering all the different VRV costs of subscription and what are the benefits that come along with them!

VRV is a joint combination of many anime streaming channels that primarily include Crunchyroll and Funimation. Other channels like Mondo, Boomerang, Cartoon Hangover, NickRewind, and more are all part of this service.

These channels can all be binged through the VRV go app or the website. To watch famous anime titles like Demon Slayer, Tokyo ghoul, Hunter x Hunter, Death Note, Naruto, Dragon Ball Z, Domestic Kanojo, and Jujutsu Kaisen you can watch it on VRV in Canada.

When you sign up for this service, you get a 30-day free trial. Paying the VRV subscription cost is made easier this way as with this trial, you’ll be able to conclude if you want to buy this service officially or not!

Is VRV Canada Worth it?

This question’s answer depends entirely on personal preference. So, let’s say you are more of a movie, rom-com, sci-fi, horror, sitcom, or documentary enjoyer. Then you will not find many things that suit your tastes on VRV as it is an anime streaming platform.

However, if you are an otaku or just a regular enjoyer of Japanese animated movies, then VRV will meet your expectations in full, if not exceed them!

The VRV cost of a subscription is priced at CAD 13.28 ($9.99) per month. This subscription cost removes all ads and allows access to streams in HD quality. The vast library of content that VRV has holds all the late, great classics and the newer and recently released animes.

In summary, yes! VRV Canada is indeed worth it and you’ll be reassured to have a pleasurable experience from the first anime you watch on the platform!

VRV Canada offers anime that are dubbed and subbed in multiple languages that can appeal to people of all ethnicities and lingos. Aside from Japanese animated tv shows, VRV Canada also offers American cartoons and parody shows that are made for adults. You can find anything that is available on Crunchyroll on VRV and much more!

You get almost everything that Crunchyroll and Funimation offer but with many added benefits like more anime series and movies available.

Do take note that Funimation has more English dubbed anime than VRV, so if you are a dubbed anime fan, Funimation would be a better choice for you. You miss out on many titles, but you get quality Japanese anime dubbed in the language of home sweet home.

VRV’s cost of subscription includes streaming on an unlimited number of devices per household at the same time. This means that your whole family can use that one subscription and watch their favorite shows individually, but simultaneously!

The features that VRV brings to the table are very enticing and are just icing on the cake with the vast library of titles that the platform holds. The VRV subscription cost is a middling price to pay for the amount of access and facilitations that you’ll be receiving, so VRV Canada is indeed very much worth it.

Can I Get VRV Canada for Free?

Yes, when making a new account with VRV Canada, you can get a 30-day free trial that grants you premium status for that whole period without charging you a penny! You can use this time to ascertain whether or not you want to get this service for yourself or your family.

This 30-day free trial is available to you only if you’ve put in a valid credit card and billing address along with choosing a VRV subscription. After 30-days, your card will be charged $9.99 per month for every subsequent month that you use the app.

However, these 3-days can be extended if you make another account with a different credit card and billing address. VRV Canada can be viewed for free, but this comes with the playing of ads and a restricted library.

What Can I Watch on VRV in Canada?

Here are some of the best titles trending on VRV Canada today:

Anime enthusiasts can all agree that VRV Canada provides the best facilities and features that an anime streamer should give. VRV is constantly updating its library with new content just as its being released.

The VRV cost of subscription may be a tad bit higher than the other platforms like Netflix and Crunchyroll, but it brings just as many features and titles, some of which aren’t even present on the other apps.

VRV premium price is at $9.99 which is CAD 13.23 which is a price that you’ll be happy with paying. Get the free trial and confirm this claim for yourself!