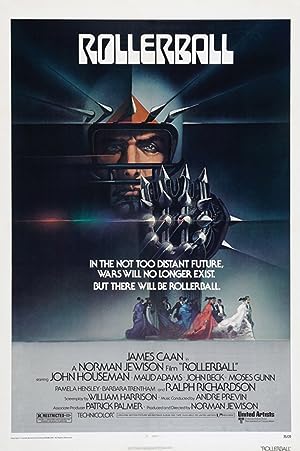 In a corporate-controlled future, an ultra-violent sport known as Rollerball represents the world, and one of its powerful athletes is out to defy those who want him out of the game.