We love watching action movies because their stories are mainly based on larger-than-life visions. These films provide us with the right amount of kick and excitement, which is why children and adults equally like action-adventure movies.

However, not all action films are kids friendly. So, if you are looking for movies that are safe for your little one to watch, you are at the right place.

The below-given article contains a list of some of the best action movies for kids that are frequently available in Canada. Right away, go through the article and have a memorable action movie night with your family. 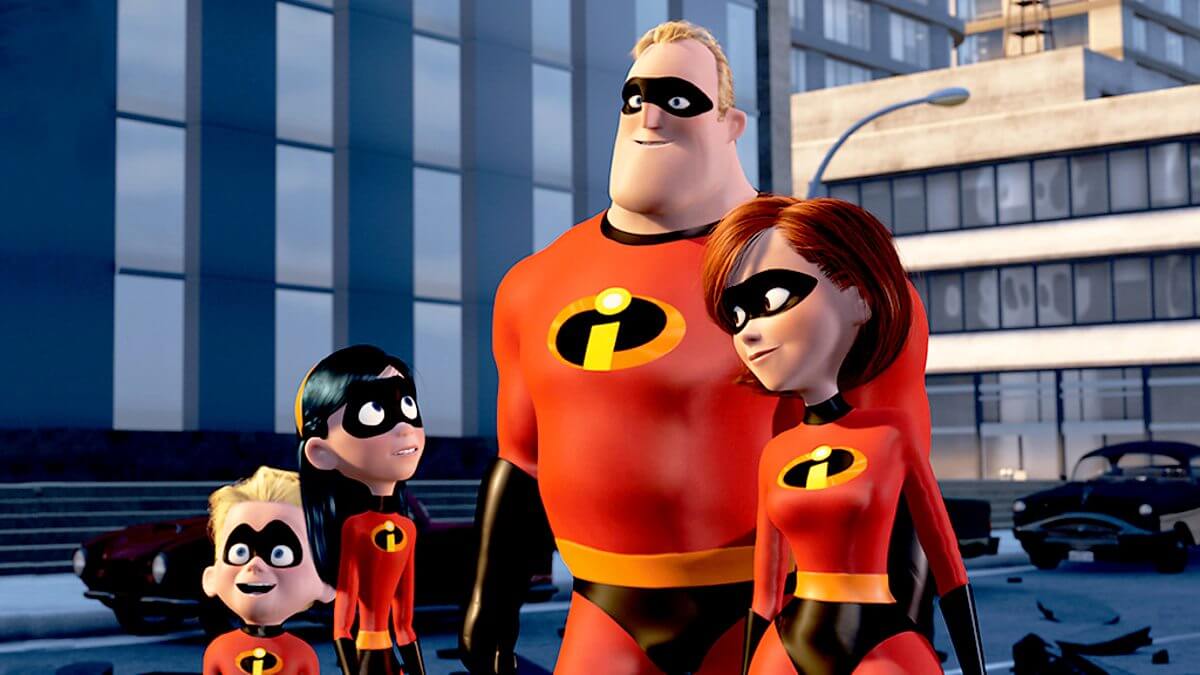 Bob and her wife Helen are undercover superheroes who have been saving the world from evils and bad people almost every single day of their lives. But fifteen years later, the two are forced to live a life of ordinary people and retire from their superhero work.

They have three children born with special powers. Though living everyday life like a civilian, Bob is itching to find a way to fight again. Soon a call for their superhero abilities comes: they have to save the world together once again. check out our blog on the best anime movies in Canada to find movies like the Incredibles.

If you are a kid looking for the best action movies for kids and haven’t heard about Sonic the Hedgehog, you are living in a time of backwardness, kiddo. The film is about an extraterrestrial blue and fast hedgehog discovered on the planted Earth.

But some evil people, including a genius Dr. Robotnik, want to use him for their bad intentions of experimenting. Before they can get their hands on him, Sonic accepts Earth as his new home and befriends Tom.

They are now planning to save Sonic and the Earth from the evil people who want to dominate Earth. Through their journey of adventure and comedy, they take full responsibility for making their audience love it! This movie gives your kids a feeling about war or the battlefield, Hence it is also can be included in the genre of on of the Best war movies for kids. Princess Merida loves archery and has excellent skills in it. She is eager to choose her own path in life because of all the restrictions of her life.

Therefore, she defies an ancient custom. But this wasn’t without its price: it unleashed an evil force.

There is chaos in the kingdom. With the grant of one wish, Merida has to show her bravery to undo the beastly curse and bring an end to what she started. In the process, she will understand the true meaning of being brave. 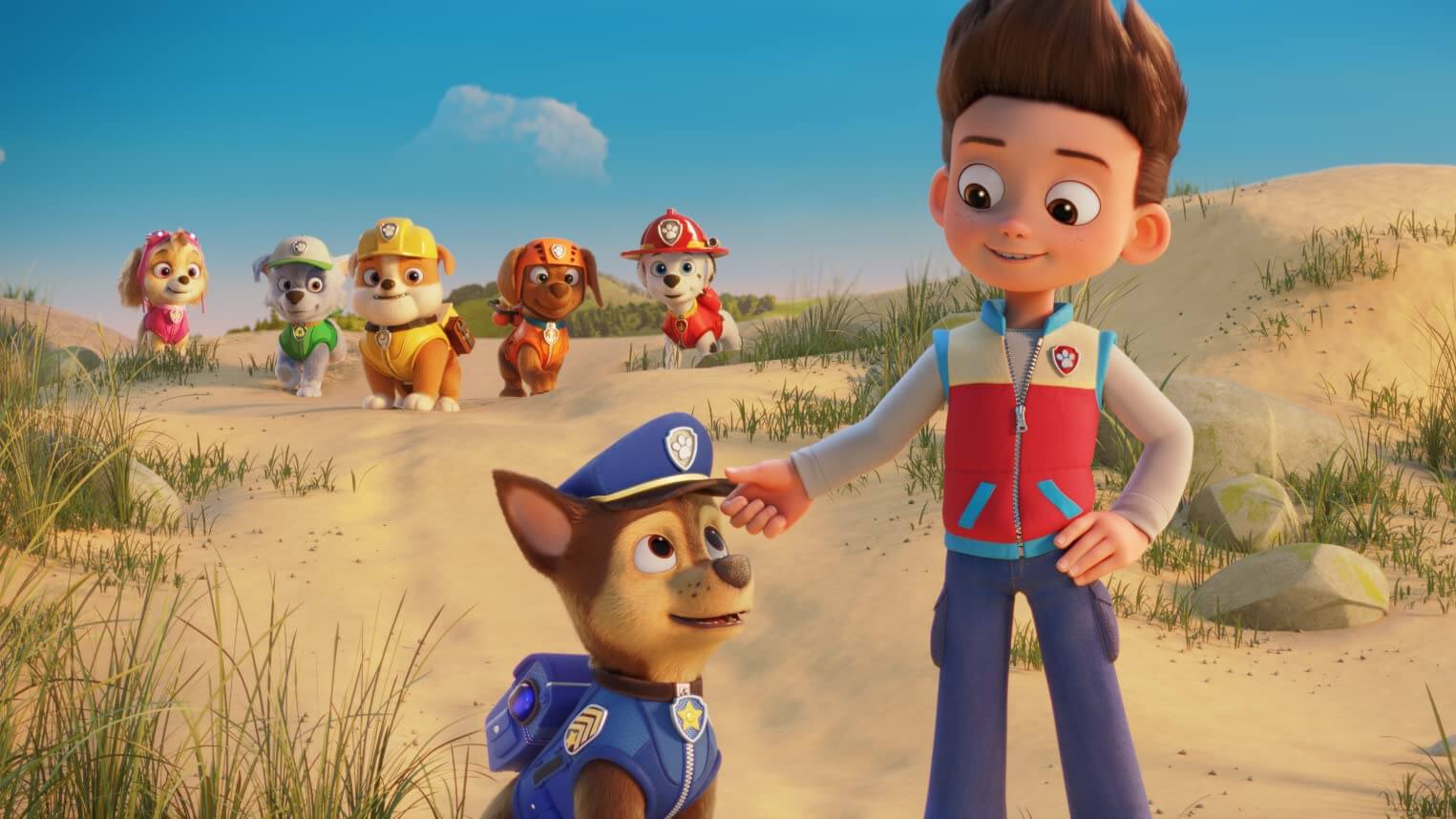 Ryder, a young boy, is set off on the quest to rescue the dogs who called themselves the Paw Patrol. Their biggest enemy, the Humdinger, becomes the city’s mayor and starts creating destruction, wanting to change the town’s harmony into chaos.

After succeeding in the mission of rescuing the Paw Patrol, Ryder led a crew to save the shoreside community of Adventure Bay from Humdinger. Together with the Paw Patrol and a new ally, the savvy dachshund Liberty, the boy uses different gadgets and gear to save the city. This is one of the best anime series on Netflix in Canada. 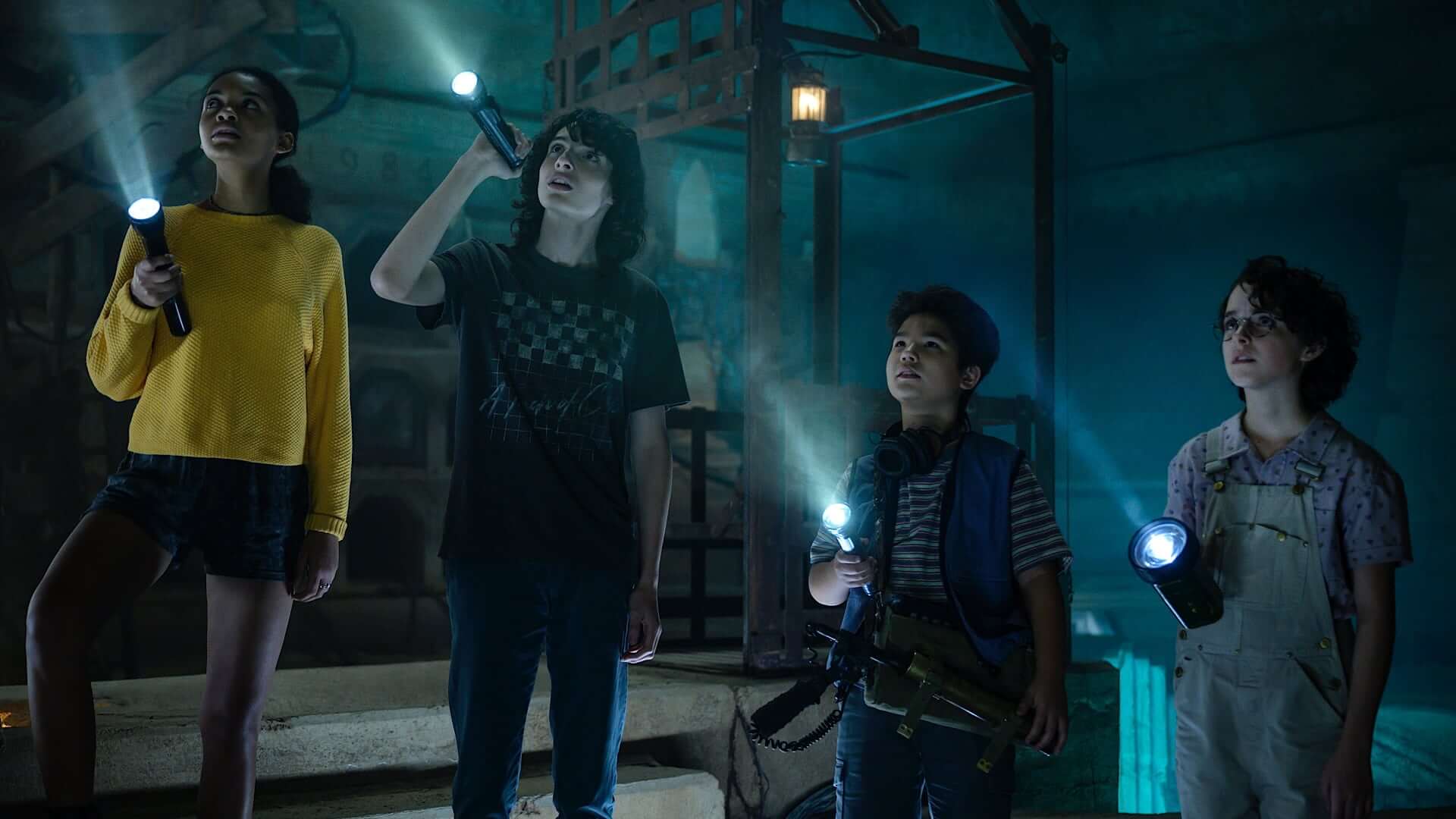 If you are looking for a fantasy movie with action and suspense, then here is the one. The Ghostbusters afterlife is the perfect plot, and adding this movie to the list of one the best action movies for kids is not wrong.

A single woman with her two children moves to a new city. As time passes, she realizes that there is a connection between the ghostbusters and the secret legacy that their grandfather left behind for them.

Sherlock Holmes and the Great Escape (2019) 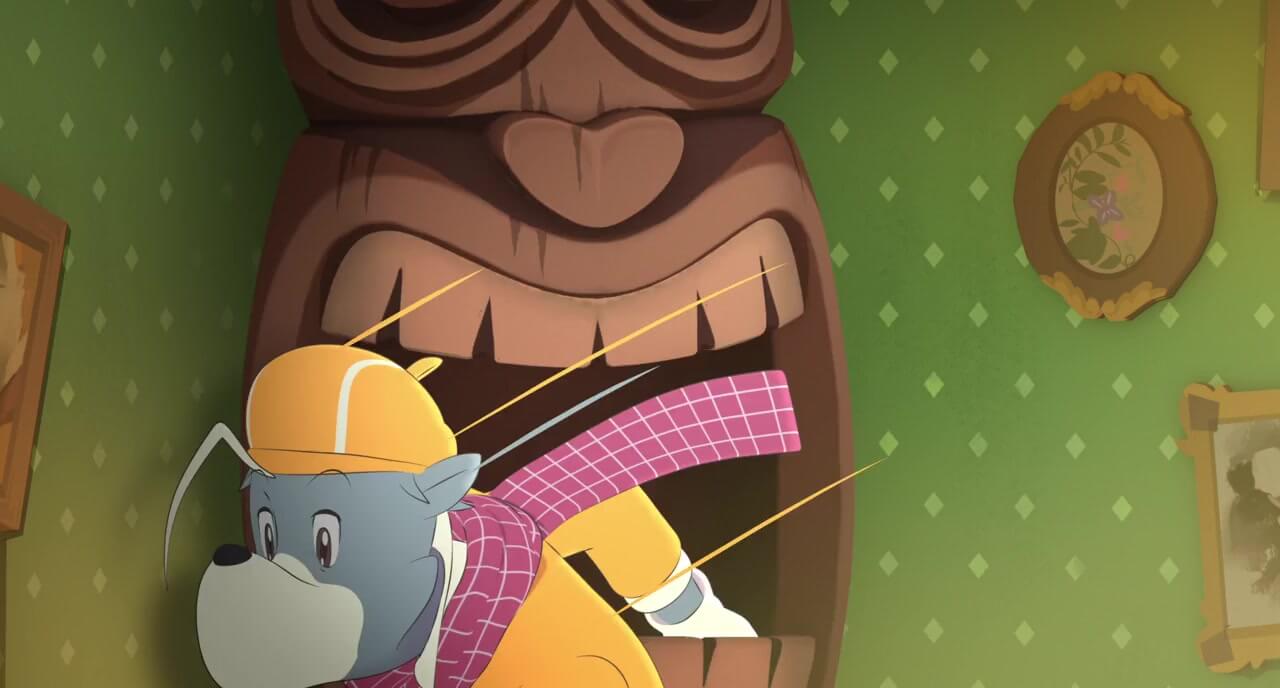 Mack is a heroic Robin-like figure in his town who steals from the rich and gives to the poor. He was pretty well-known and respected by the people. However, he gets caught up by Sherlock along with some other detectives for his actions.

He is out of jail, but he does something really awful after a long time when he gets out. He abducts Sherlock’s daughter Kettie. Now, Sherlock Holmes must rescue his daughter and bring her back safely. 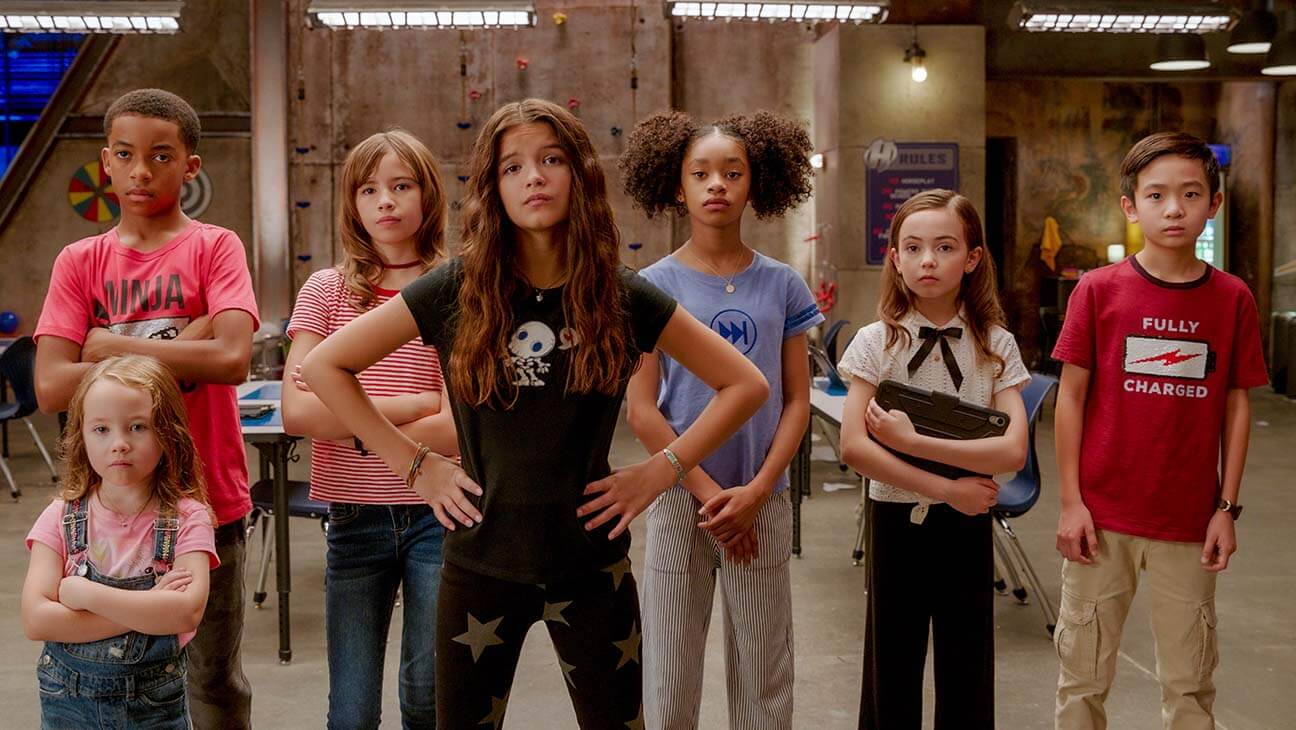 Alien invaders have to come to Earth and abduct the world’s superheroes. Their children are moved to safety in a government house. But they won’t stop; it is their parents, so they have to save them. The most eager among them is Missy Moreno to save her father, Marcus Moreno.

She teams up with the kids and escapes Ms. Granada, their government babysitter. The kids now must work in unity if they are to save their parents. Using each other’s extraordinary power, they will do what they can. But can they really be heroes?

A Viking named Hiccup is a young boy who wants to be considered a man just like his friends. But to be so, he has to kill a dragon. It is a big task, but Hiccup is determined to do it so that he isn’t called weak and could be entitled to responsibilities.

However, he ends up doing the exact opposite of it. He becomes friends with a very ferocious dragon, Night Fury.

The best combo of sci-fi movies, Superman is absolutely worth watching and is one of the best action movies for kids. Watching movies in which heroes struggle for the truth and justice is another level. Scientist Jor-El’s son, Kal-El, is raised as Clark Kent.

He gains some unusual strengths and abilities to fight against the wrong to become a superhero. 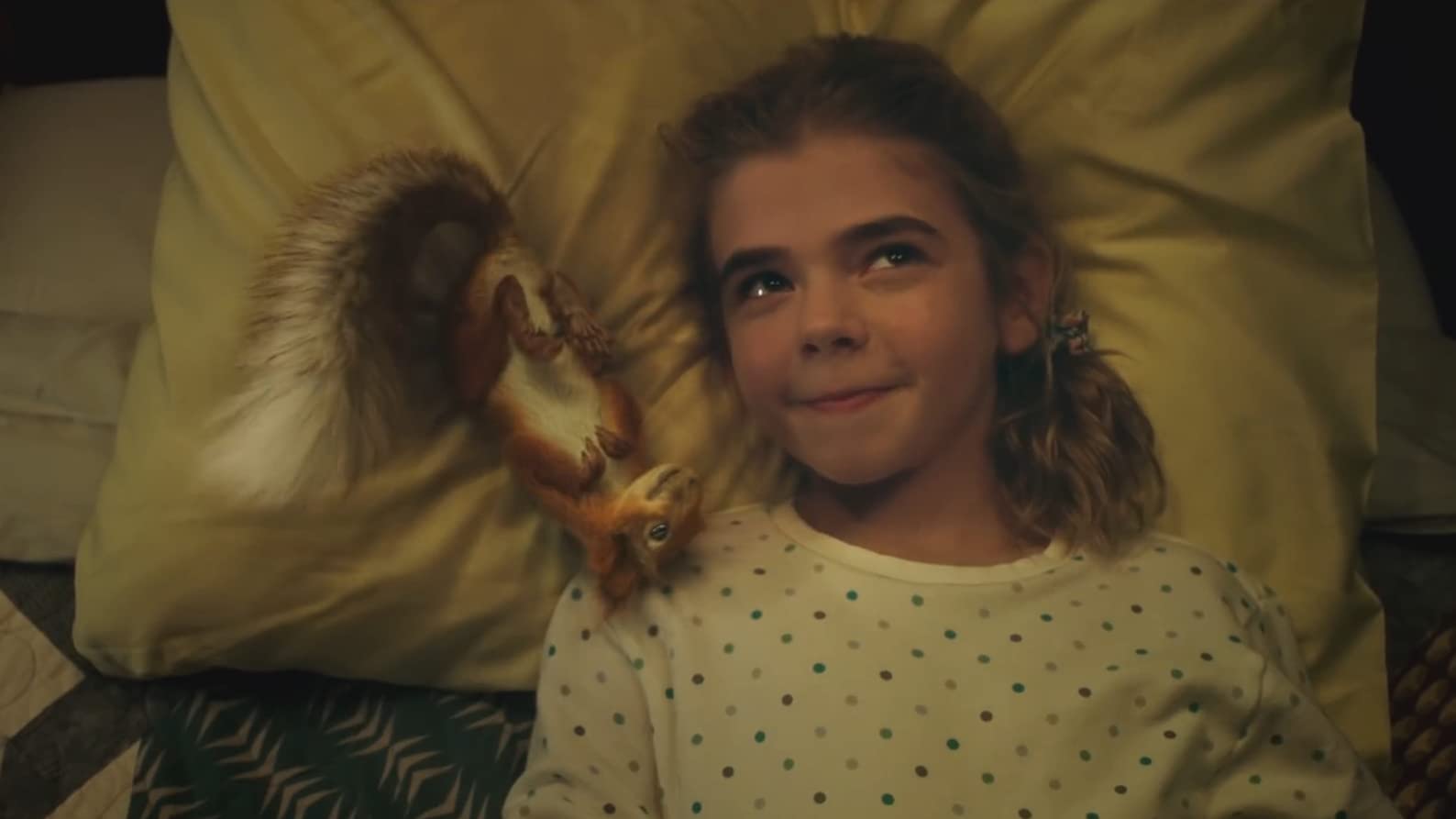 A ten-year-old girl with a creative mind, Flora saves and rescues a cute squirrel. She names him Ulysses. Flora finds something different about Ulysses as they were still together for a bit of time. Ulysses possesses really cool superpowers.

Flora is shocked but also finds it amazing. After they discover it, their journey of adventure starts. A pack of humour, fun, and surprises is part of their quest. It also wholly transforms Flora’s life forever in a way she never imagined.

The best way to bring the family closer to one frame and enjoy a relaxing time is by watching something interesting. The Lego Movie is a comedy and an action movie in which toys play a crucial role in protecting their city.

Emmet, an ordinary citizen of the lego city, is prophesied as a special individual responsible for saving the lego worlds from the dirty ways of Lord Business. 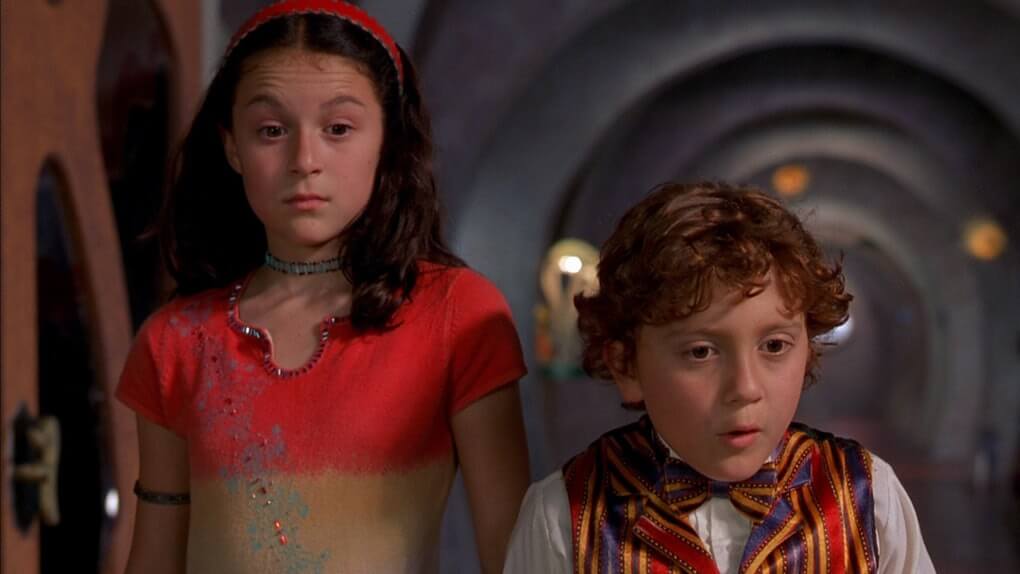 As the name suggests, Spy Kids is a complete action movie revolving around spy kids. Ingrid and Gregorio fall in love, the two most outstanding world-known secret agents. They decide to start a family. Nine years later, they have retired and exchanged the world’s adventure with parenting.

But they are called back to work once more when their ex-colleagues mysteriously start to disappear. Getting to action, they too disappear.

Now it is up to their two kids to save them using some high-tech gadgets. This energetic movie will make you feel like you are a special spy kid too! Yes, just like them. A Force pilot Carol Danvers crashes an experimental pilot and is discovered by the Kree. She is then trained as a member of the elite StarForce military by Yon-Rogg. However, Carol gets separated from her team six years later during a mission.

She is left on Earth, stranded. There she meets a S.H.I.E.L.D member, Fury, and her life takes a complete turn over for her. 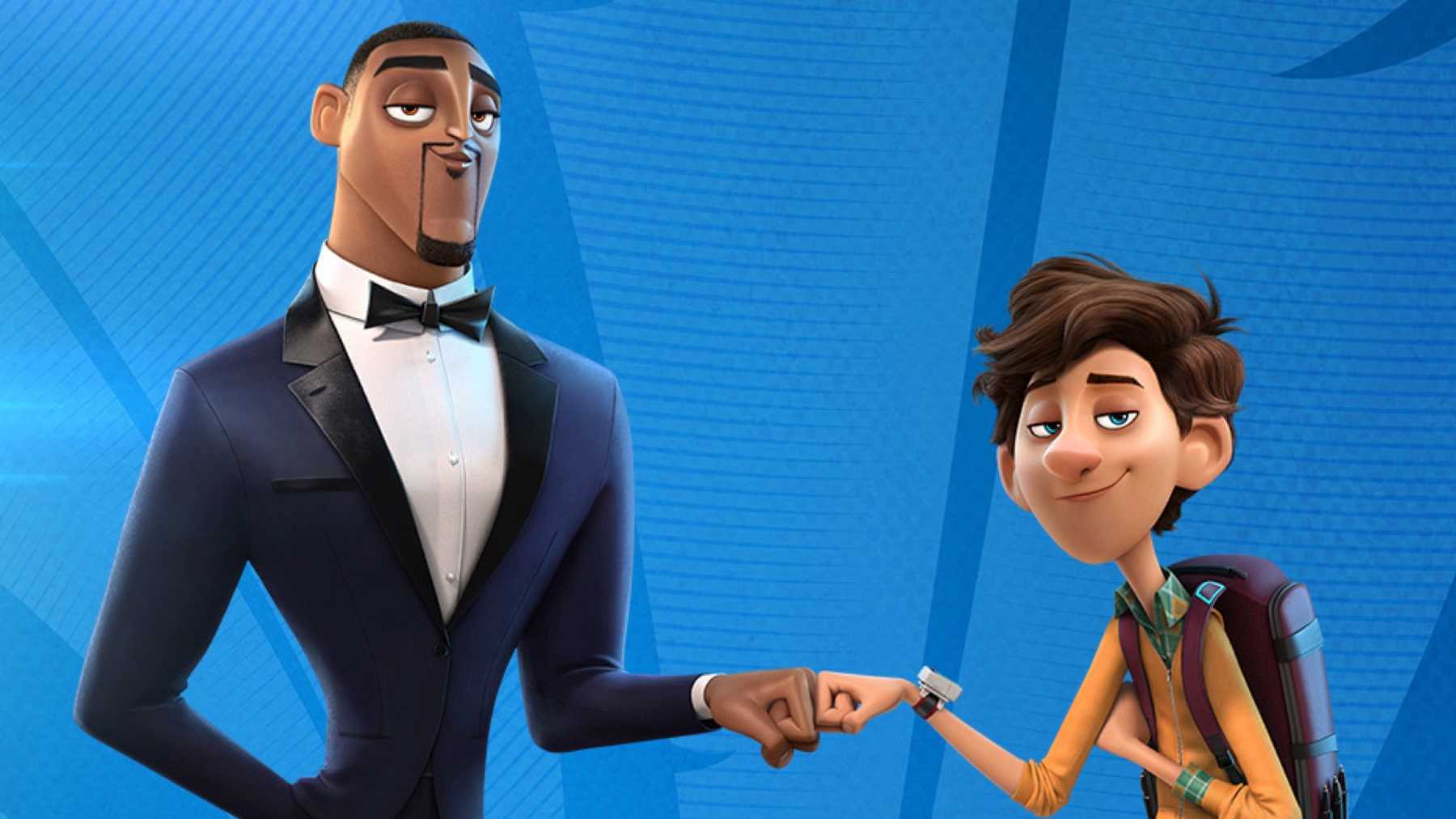 Lance Sterling is one of the best spies in the world. He and his partner scientist Walter Beckett are standing together on missions. However, the two are the exact opposite of each other. If one is debonair and smooth, the other isn’t.

But things make it almost inevitable for them to rely on each other when Lance turns into a pigeon. Their enemies use this to their advantage and plot a plan against them. 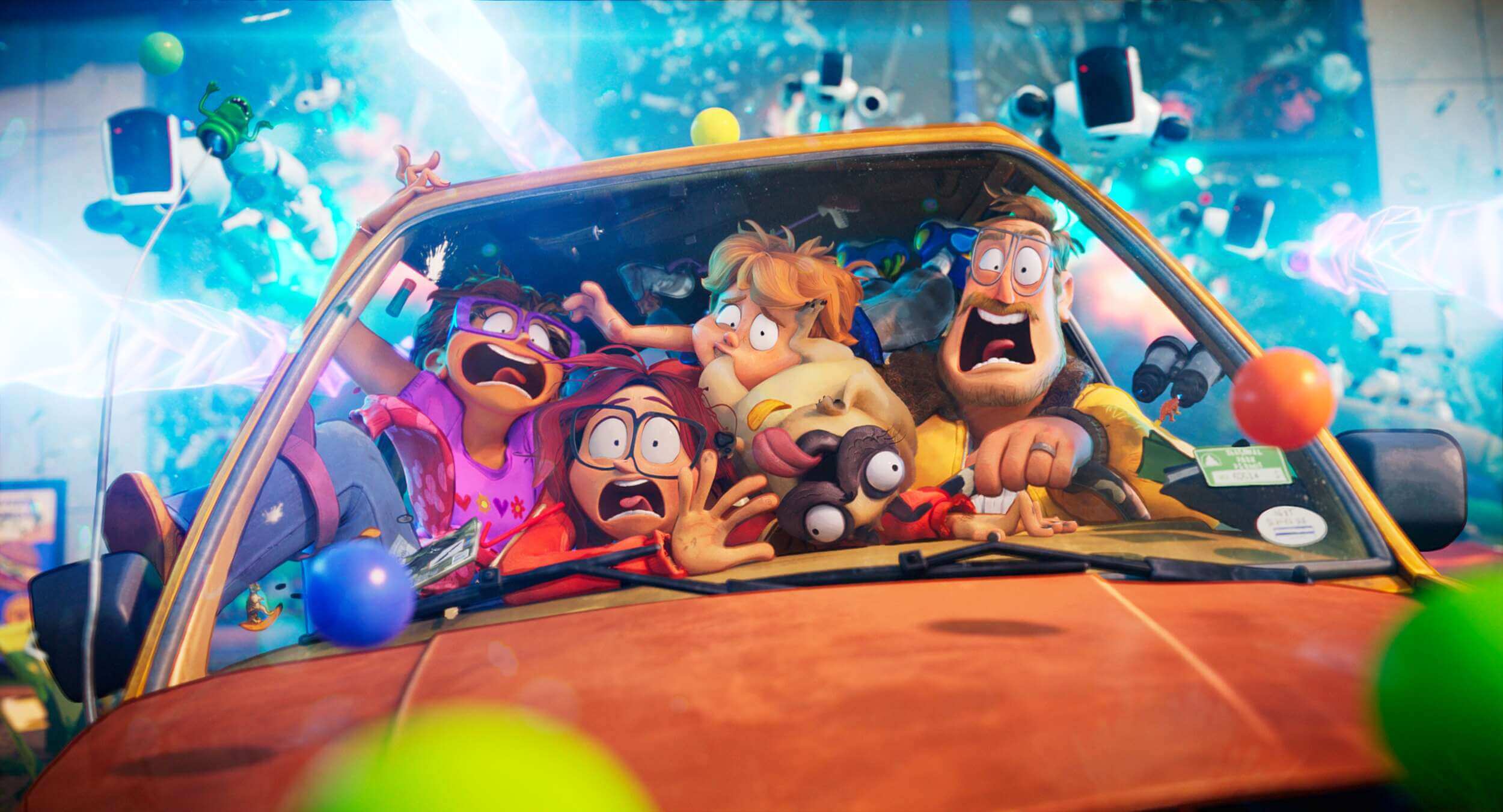 This one’s a comedy and adventurous action movie about a completely dysfunctional family. At first, there are just a lot of problems within the family, but Mitchell’s family is yet to save the world.

When their elder daughter, Katie, gets admission to her dream school, her family decides to drive her to the place so that they don’t end up on bad terms.

The road trip would be fun. While on their way, there comes a robot apocalypse destroying everything and kidnapping people. The Mitchells must act, save themselves and the world. 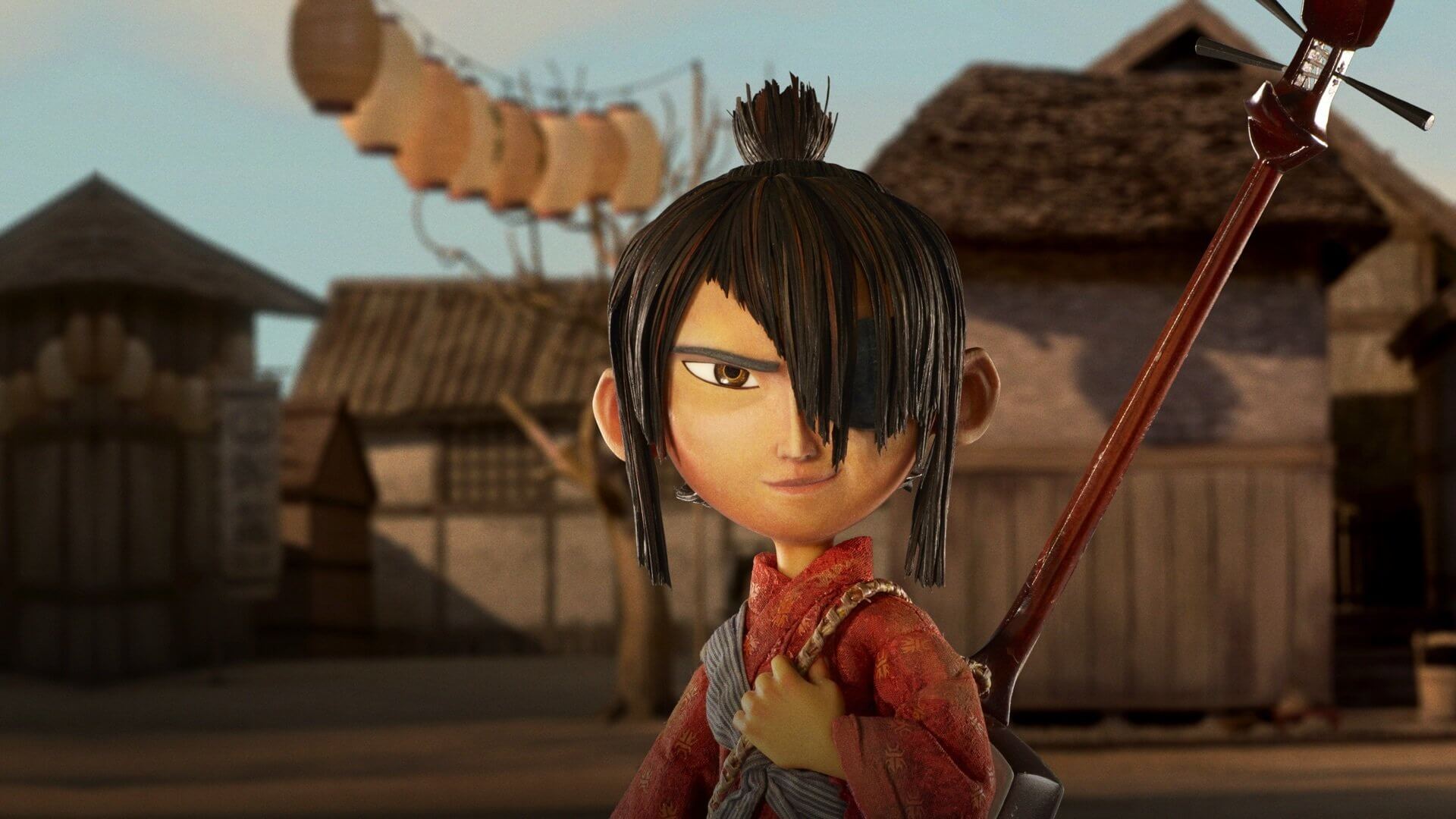 Kubo, a young boy, was living a peaceful and quiet life in a small village. But his life is turned upside down when an old spirit comes back from the past, reigniting an old vendetta.

To survive, Kuba must find a special armour once also worn by his late father, who was a legendary warrior. The armour is magical, and Kuba can save himself by wearing it. The amount of action and thriller in the movie makes it among the best action movies for kids. 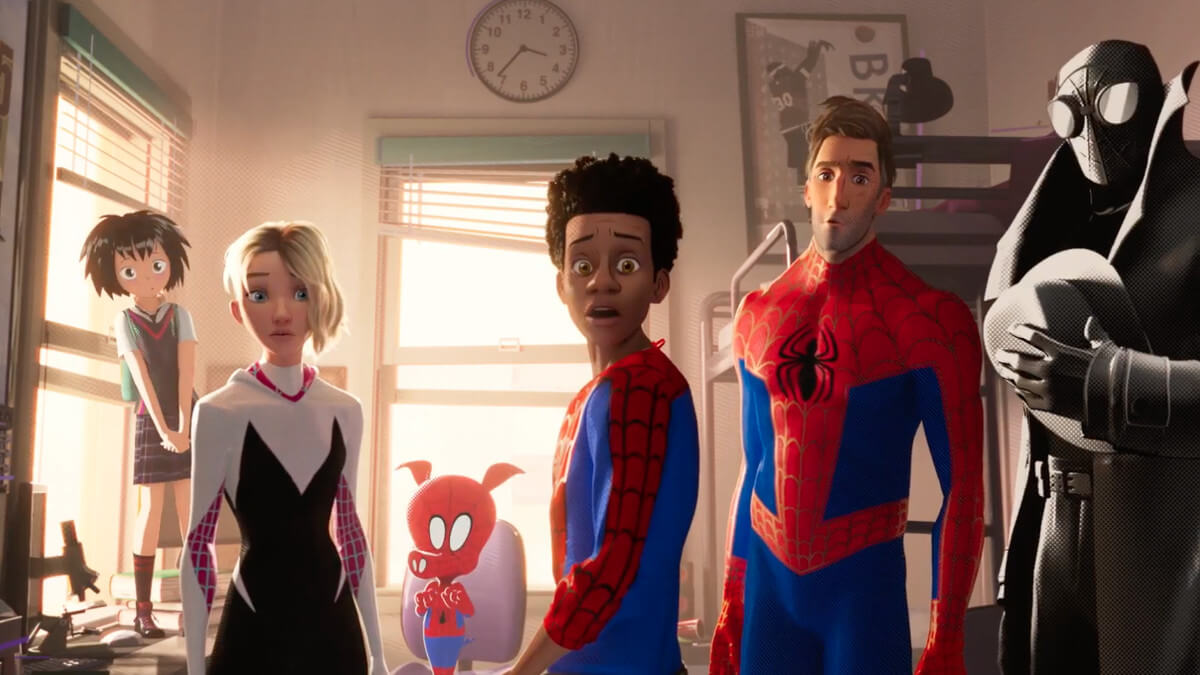 One of the best action movies for kids created by the best minds, Christopher Miller and Phil Lord, Spiderman: Into the Spider-verse, is just the one you need. The movie revolves around a teenage kid Miles Morales who gets spiderman powers after getting bit by some spiders.

He uses his powers to save the world. But there is more to this: more than one person can wear spider masks in this spider-verse. These other spidermen are from different dimensions. Together then, all the spidermen work towards stopping the threat of danger. 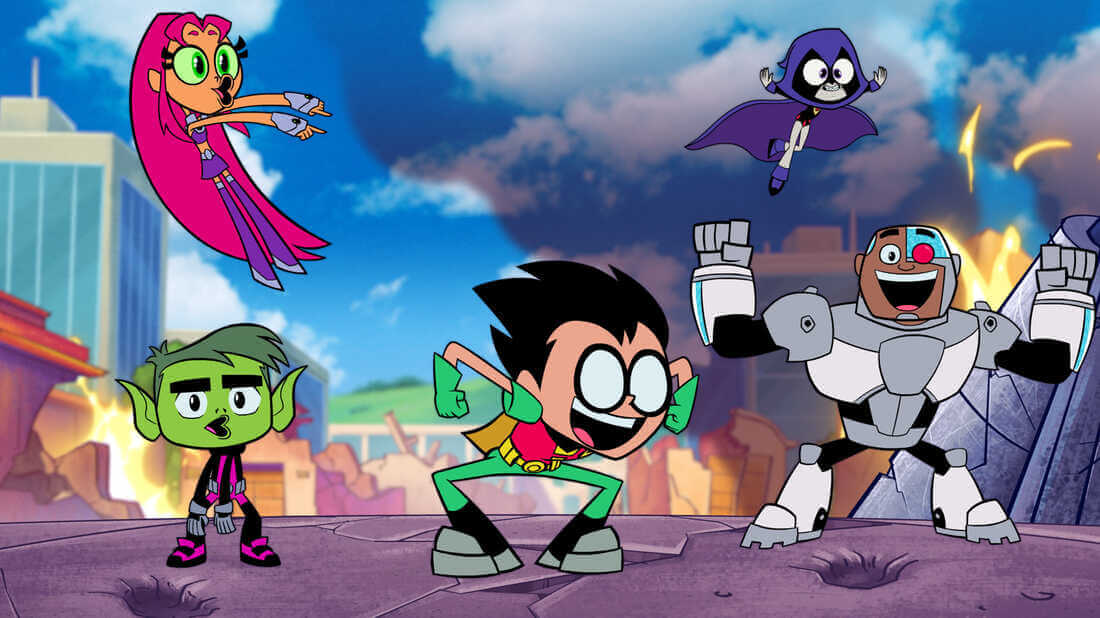 As the name suggests, the teen titans desire to play the role of superheroes. The Slade uses his unscrupulous tactics with a mind-control device, to their surprise. The evil plan starts to work and turns the teen titans against each other.

Teen Titans movie is full of action and thrill, and that is why it is considered one of the best action movies for kids. 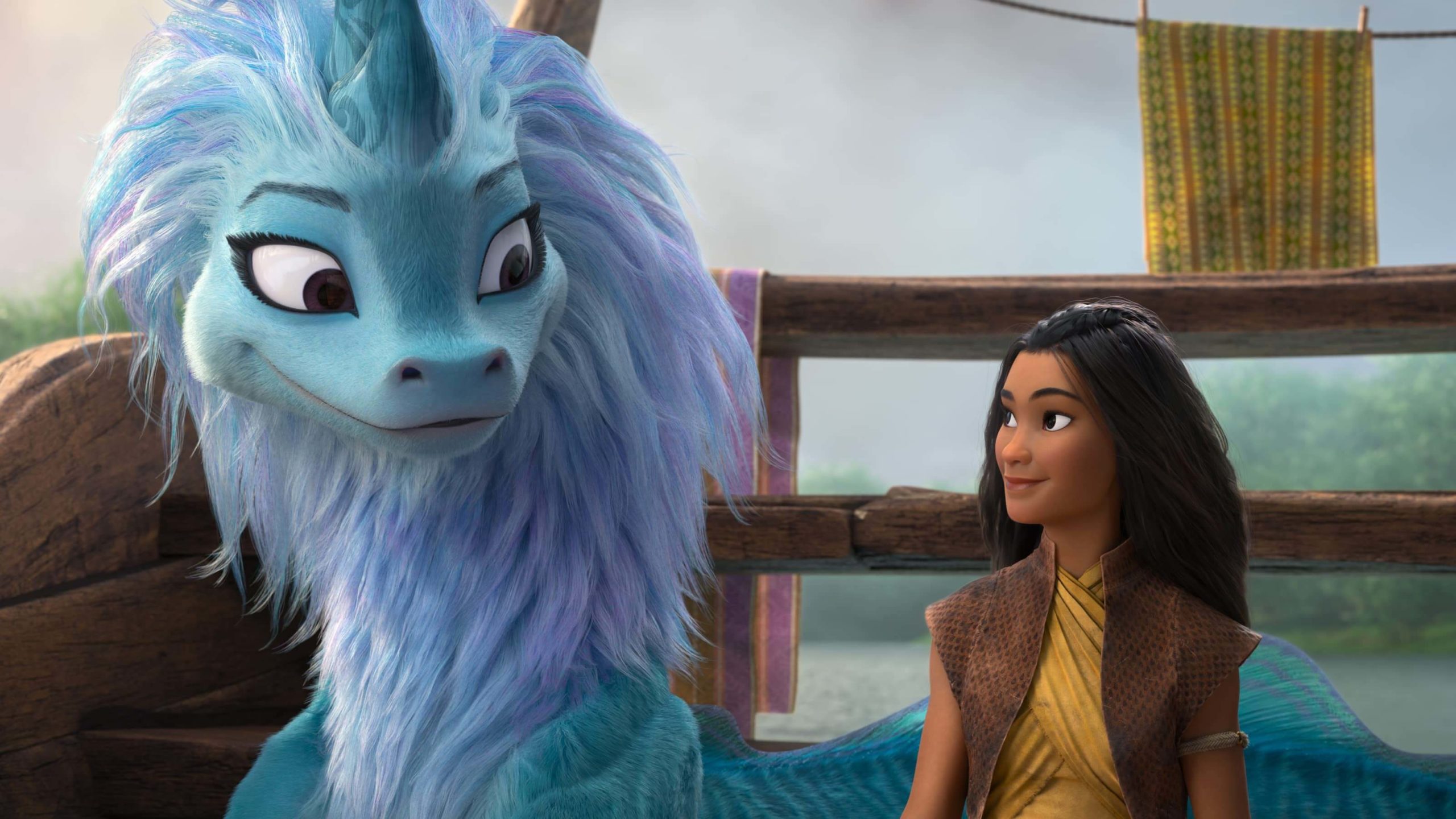 Highly captivated and intriguing animated movie so far, Raya and the Last Dragon is a movie that you can’t be mistaken to miss out on. It revolves around a warrior, Raya, who is in search of the last dragon, Sisu. Sisu is said to have transmitted all her powers to a magical stone.

The gem is dividing the people of Kumandra. But it isn’t going to be easy for Raya to track down Sisu. Her enemies are behind her, trying to pull her down in every possible way.

Hiro Hamada is a young computer prodigy who is always up for cool adventures. His brother, Tadashi Hamada, is also just as intelligent. Tadashi creates a giant robot and names it Baymax. Baymax’s purpose is to help people.

But due to an intentional incident, Tadashi dies in a bomb blast. Now, Hiro is filled with rage to take his brother’s revenge. Hiro, Baymax, along with a couple of Tadashi’s friends join to complete this mission.

Scroll above to find some of the best action movies for kids that you can binge-watch with your little ones. The article also contains a short description and the IMDb rating of films so that you can easily decide what to watch.