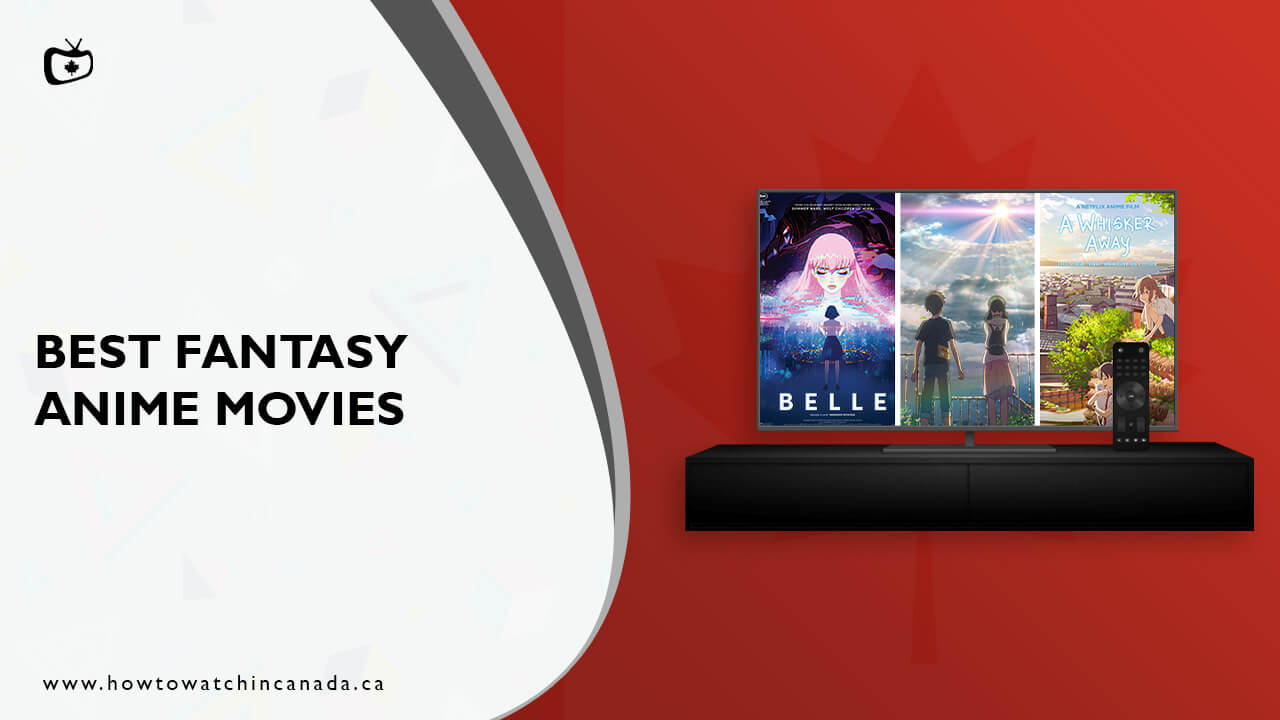 Have a problem deciding which are the best fantasy anime movies to watch in your free time? Well, there’s nothing to worry about as we have collected the best options in the anime genre.

Whether you are a new member of the anime club or an old one, there is an option for all of you. Watch these best fantasy anime movies with your friends & family to make your watch time worthwhile. The best part is that this list has a range for all kinds of cinema lovers.

You will find drama, thriller, action, comedy & even horror-all in one anime movie. A complete package, isn’t it?

The animated movies have enjoyed the most “watch time” in Canada and around the globe. People of all ages enjoy this medium as it takes them into a world where every fantasy is possible.

So, what are you waiting for? Join in & choose the best option from the anime cinematic world and watch the best anime movies in Canada 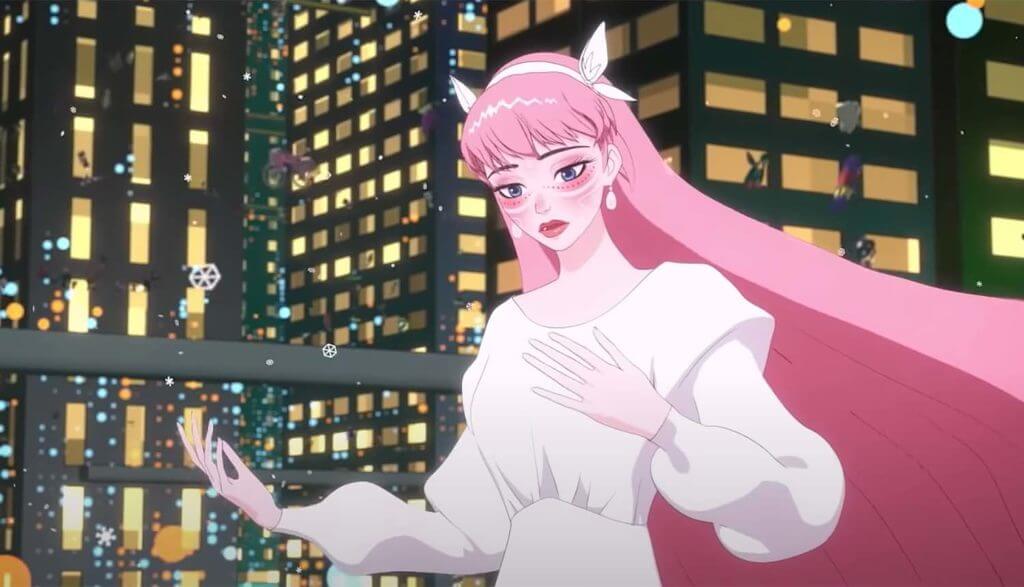 Suzu, a regular seventeen-year-old high school girl, takes a gigantic U-turn when she enters a virtual world called “U.” Having been shy & timid her whole life, this novel world seems to bring the best out of her.

Her online persona, Belle, is everything confident, famous & world-over, loved singer. The one she always wanted to be.

Things turn upside down when a beast appears at one of her concerts. Suzu’s journey to fight back & know her true self along the way follows. An adventurous series of events introduces her to a world where she can do anything.

You can also check out our guide best anime movies on Hulu. 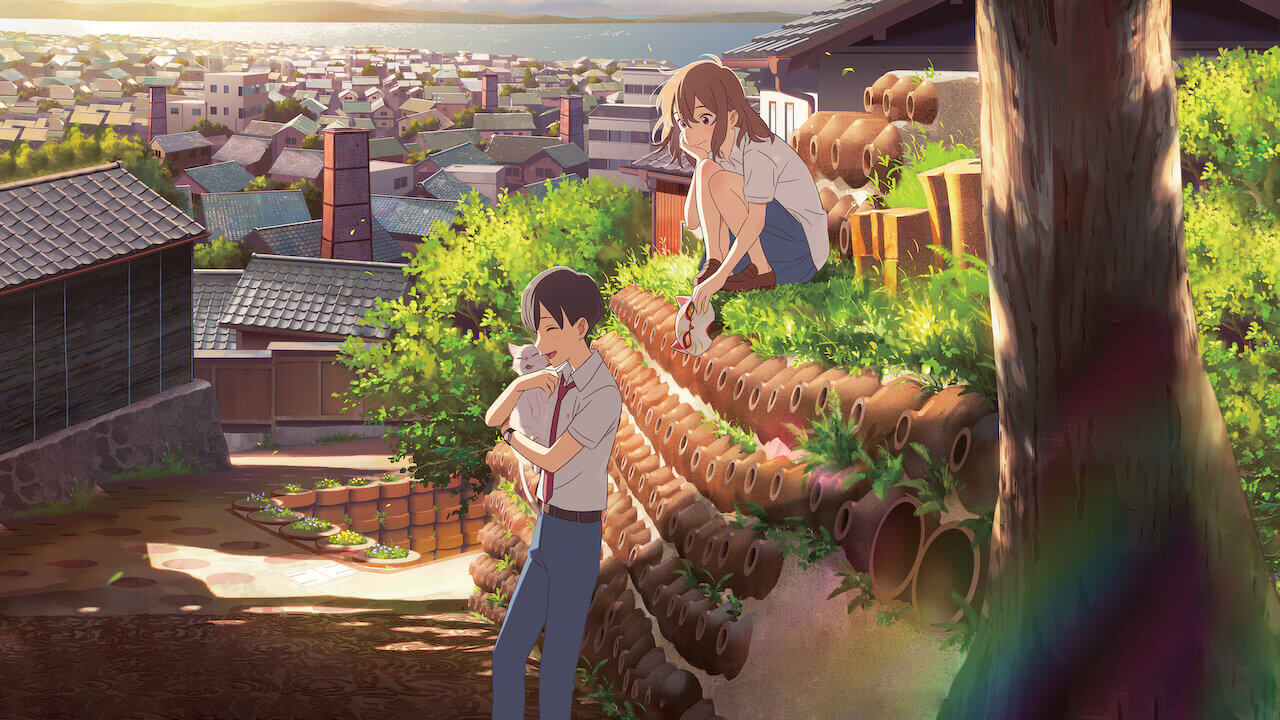 Miyo, a junior high-school girl, falls in love with one of her classmates, Kento Hinode. Unfortunately, her constant efforts to seek his attention do not seem to pay off. Miyo’s life takes a peculiar but adventurous turn when Miyo finds a magic mask that can turn her into a cat.

Seeing an opportunity to be near Kento, Miyo’s obsession skyrockets. The twist is the limit of mask usage & if she keeps it, there might be some consequences. Miyo has to stop using it after some time but does she? Lines are blurred & there is a possibility of her never turning into a human again. Read Also: best anime movies on SonyLiv 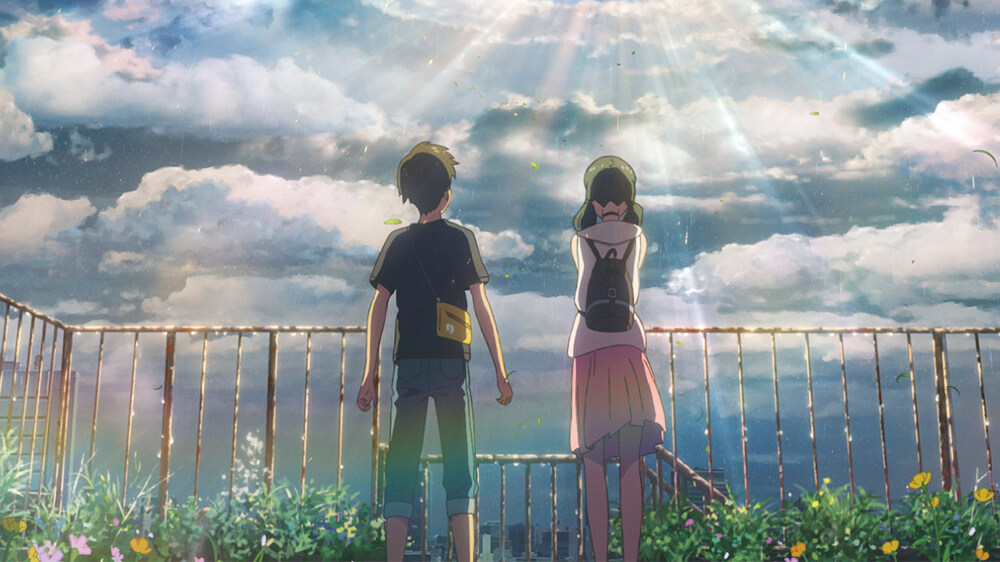 What happens when you flee from your hometown & take shelter in a completely new city? Hodaka, a high-schooler, flees to Tokyo & meets Saga, who helps him out in stabilizing his life in terms of finances.

He later meets Hina, who possesses special powers to control the weather. The two fall in love eventually, but a few occurrences force them to part ways.

The constant use of controlling weather vanishes Hina’s body off the earth. Hodaka sacrifices to get her back on the ground with the help of Saga but at what cost? Will the two live happily ever after? 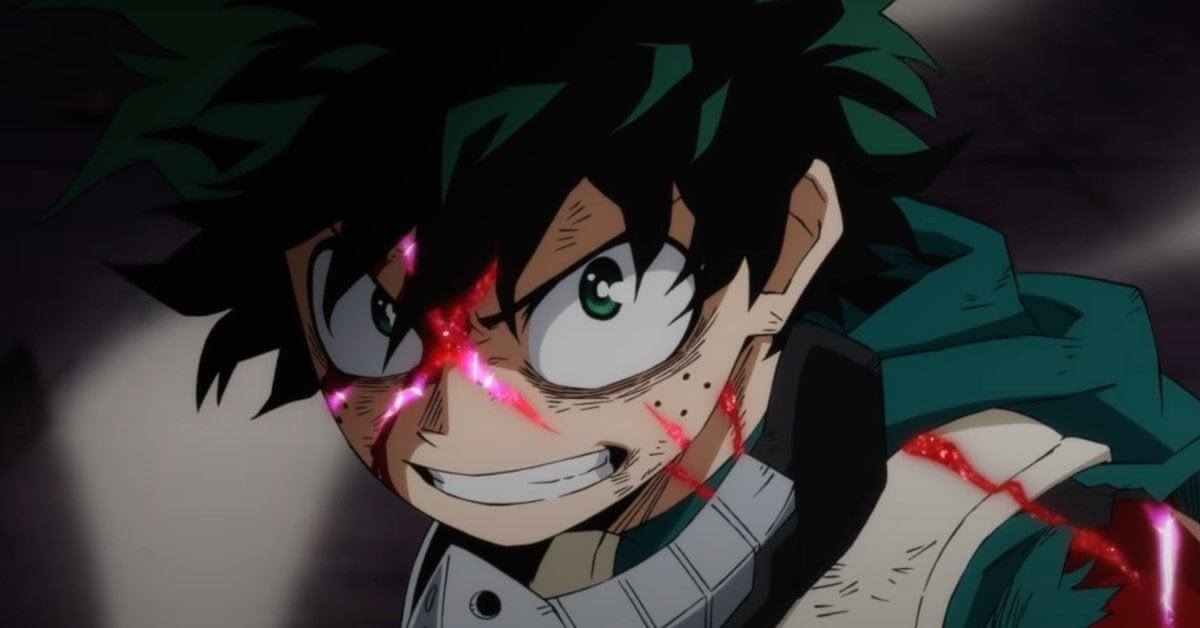 Humarise, the criminal lot, believes that the world will come crashing down if “Quirks” are let loose.

Hence, they plan to put trigger bombs around the globe to deteriorate their population. An organization called, The world heroes association sent their three best heroes, Izuku & Katsuki & Shoto, to fight the humarise.

The Quirk gang does not succeed initially, but several adventurous yet terrifying occurrences lead the Quirks to fight them and find the codes of the placed bombs. The heinous war begins. The humarise is claimed to be either caged or finished but are they? 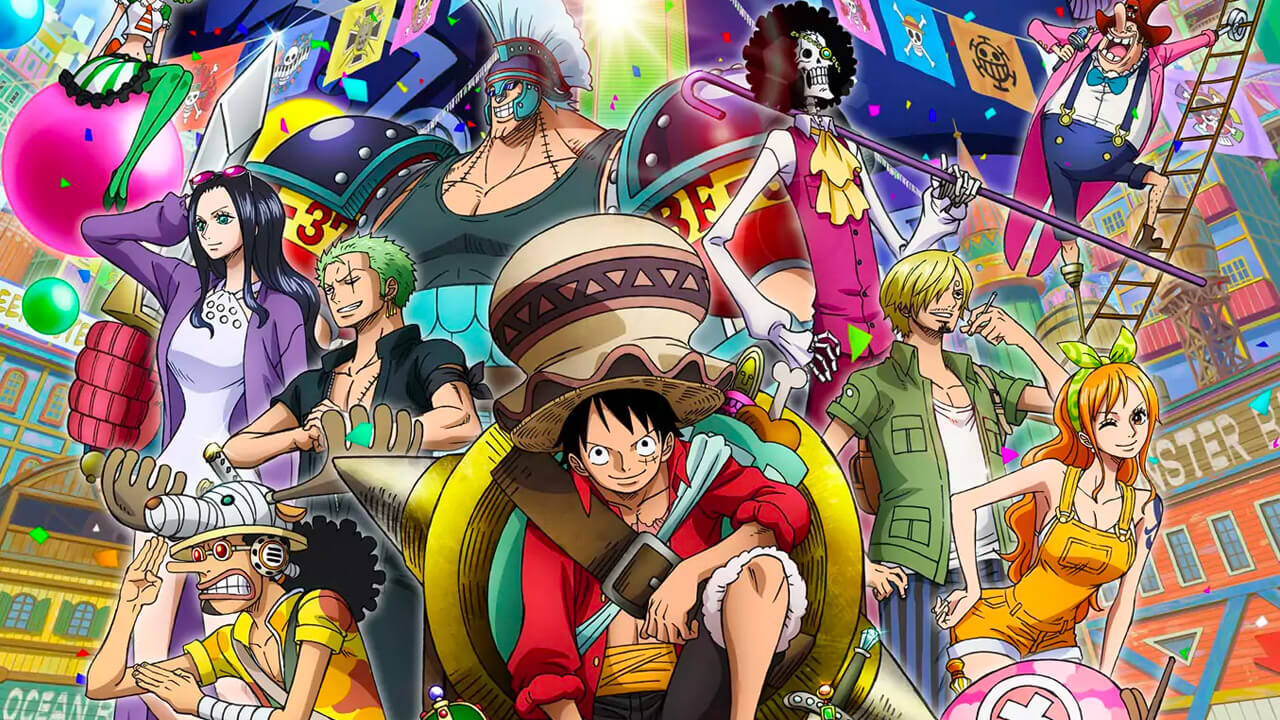 The excellent hunt exposition begins when the world’s most potent pirates join under the same roof on Delta island. Host Buena Festa, the one known for throwing the best festivals, has arranged the hunt for hidden and even world-recognized pirates.

The event is electrifying with the ever-thrilling decoration & pumping preparations—one of the best fantasy anime movies celebrating one precious treasure’s heritage.

The question is, whose treasure is this & how much does it cost? Will it create hatred even in the closest ones? 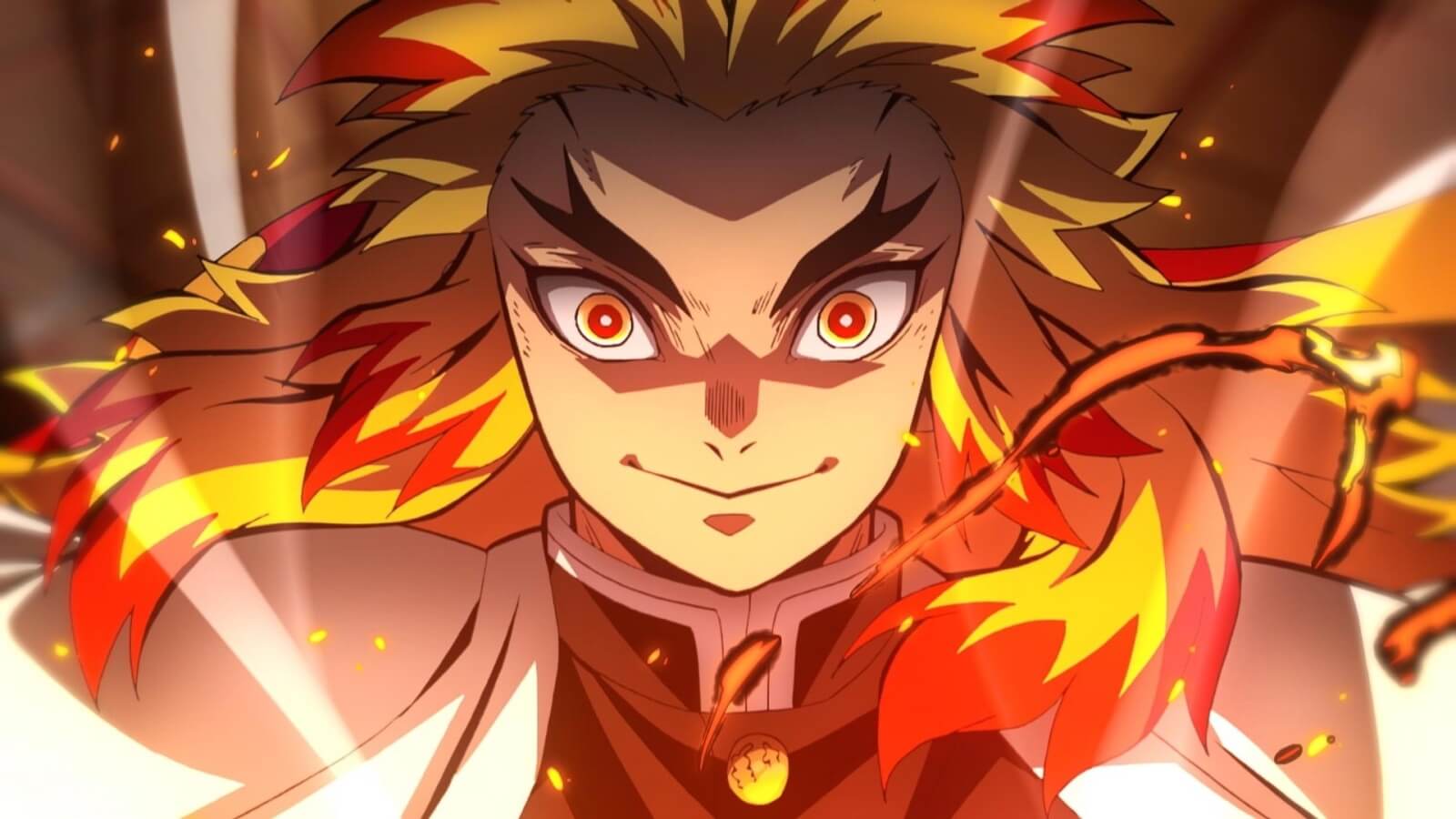 What will you do if your entire family is sternly murdered & your only sister is turned into a demon? Tanjiro Kanamdo makes the same hard choice in life. The boy, along with his peers who also possess some power or the other, goes on a journey.

After rehabilitation, the boy gang is off to the world’s most potent swordsman demon slayer corps. Of course, they see infinite resistance on the way, but the journey to revenge holds more importance.
The goal is to defeat the demon, killing innocent people. So the question is, what does the future await for Tanjiro? 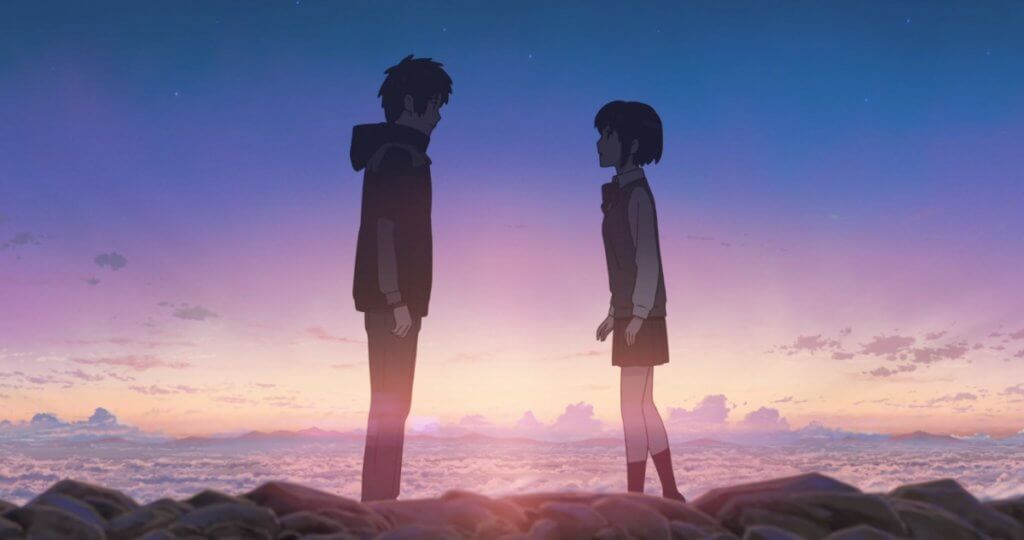 Taki & Mitusha are two high school dreamers from entirely different worlds. Mitsuha desires to flee her boring town & settle in Tokyo, whereas Taki, who lives in Tokyo, dreams of somewhere else. Far away & far better.

How about the two soulmates residing with each other & living a parallel life? Taki & Mitsuha would often switch bodies after a peculiar dream.

The strange, paralleled-world yet dreamy life pattern goes on for an extended period until the two decide to meet. But there is some wild power that wouldn’t let them. Will the distance between the two ever end? 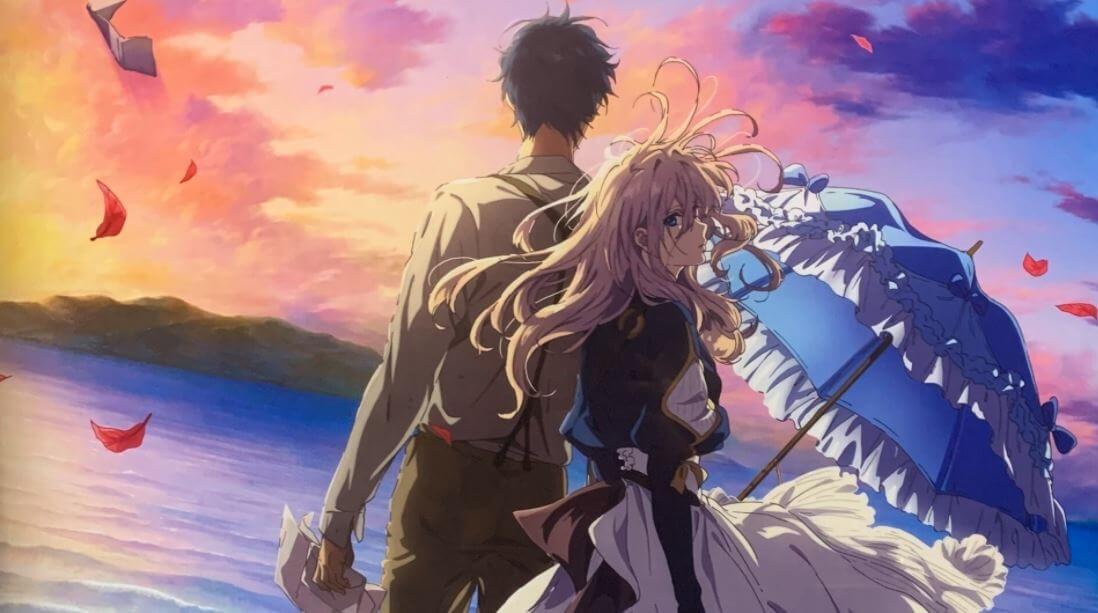 Violet Evergarden, a famous letter writer, comes across an unclear letter from her old lover, Gilbert, who was once declared dead. Later she finds out that he lives on a distant island.

She takes her friend Claudia along only to find out that Gilbert doesn’t want to see her for fear of emotional breakdown. After a few incidents, Violet decides to return, write a final letter to him & board a ship. Gilbert chases her down to finally confess his eternal love.

Will Violet stay back on the island & what does the future await for the two? 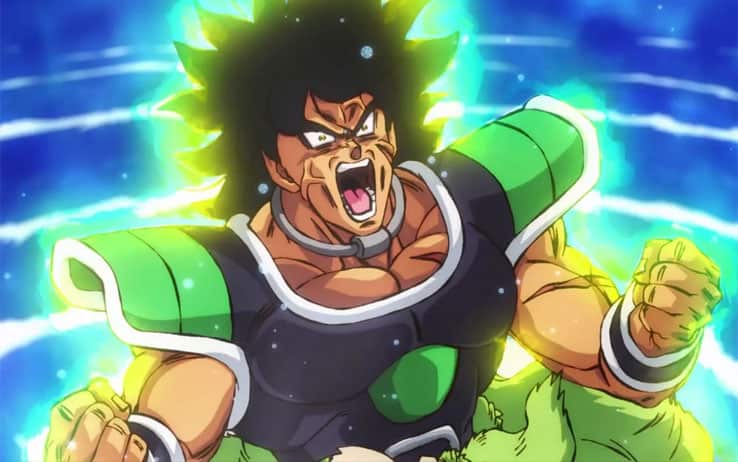 The mega event of “Universe Survival”, instead called “The Tournament of Power”, brings success, but Goku still stays on the way to attaining much more power as he thinks that there is someone more powerful out there.

That brings the entrance of a tremendous Saiyan named Broly & then happens the ever-great war between Broly & Goku and his peer Vegeta.

The question is, who is going to mark their stamp as the most powerful one? Can a person as strong as Broly win but stay at the top, considering his lower social status? 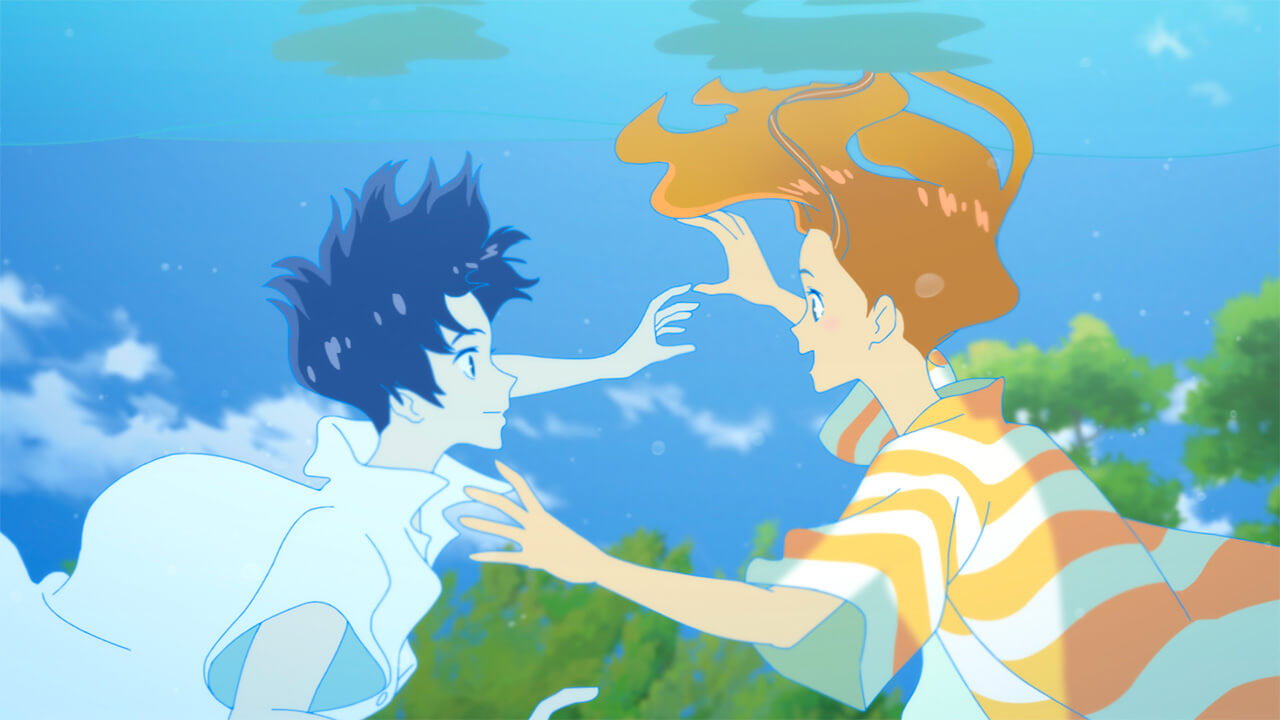 Hinako crosses paths with Minato, a firefighter who saves her life once. The two falls in love until Minato sacrifices his life in yet again a fire sequence.

Where does life take you when your one savior is gone? Hinako keeps hoping for his return, considering she would see him in the nearby ocean after singing their favorite song, “brand new song.”

Her obsession continues to grow until her co-worker. Wasabi confesses his love & demands to move on. But would she?

Maquia: When The Promised Flower Blooms (2018) 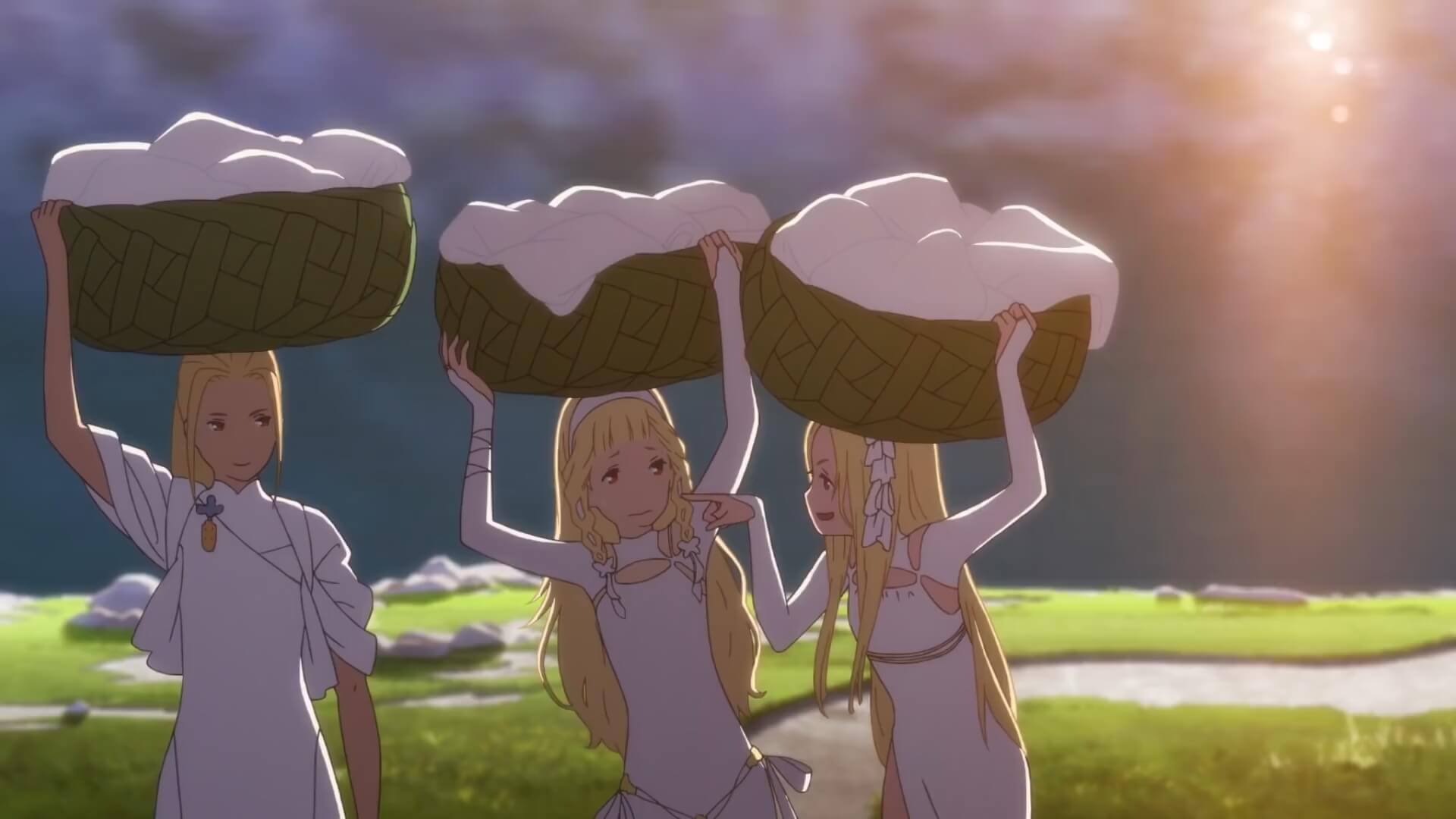 Maquila belongs to an immortal town where people have stopped aging. Their life turns upside down when the army attacks the city to suck their immortal blood. Maquila manages to flee the town, only to run into a mortal infant, Erial.

It is her with an infant in a distant jungle without any belongings. It is one of the best fantasy anime movies where the story shows one immortal character growing up with a mortal boy. Would the future go as seamlessly as now? Maybe Not. 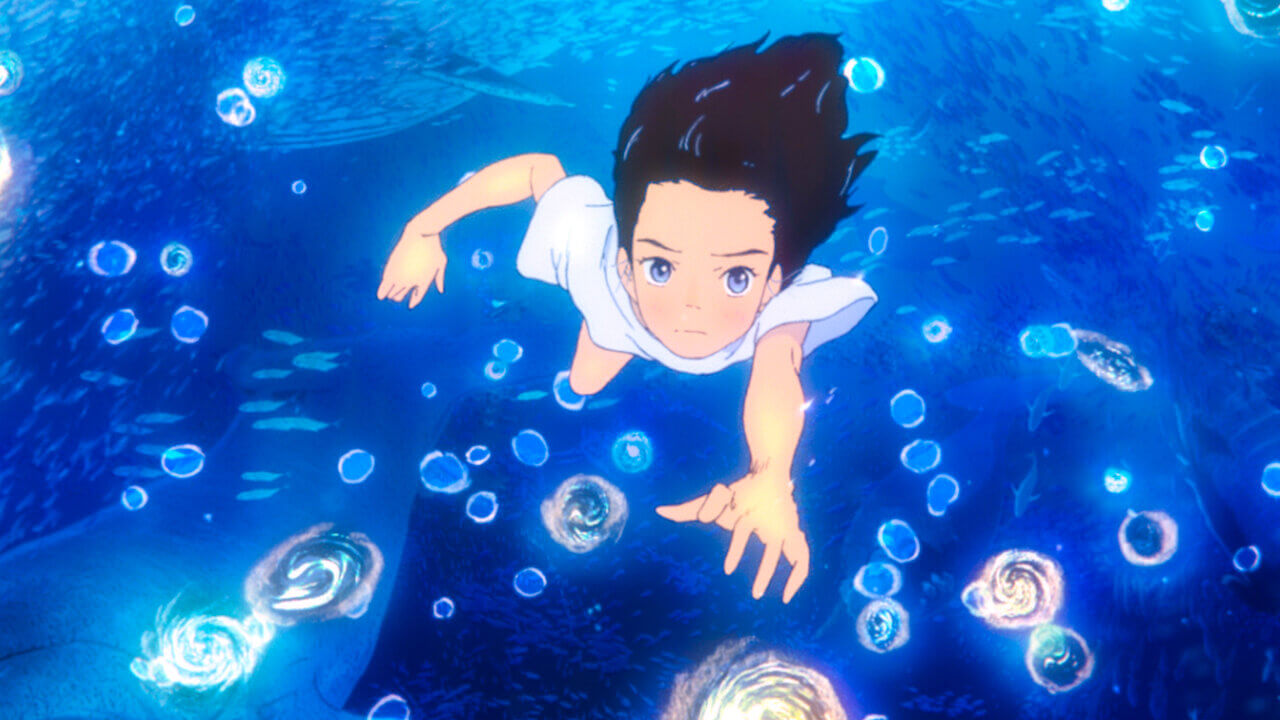 Ruka gets drawn to two boys who often visit the aquarium her father works at. Both boys, Umi & Sora, have been raised by marine mammals, Dugongs. Both possess special powers which eventually attract her, but at what cost?

With time, Ruka realizes that she, too, has a special connection with the ocean that these boys were raised around. The frequent occurrences of some of the most bizarre incidents urge Ruka to go on the journey of finding the truth behind.

The question is, where would her destiny take her & more importantly, what about the ghost she sees around the ocean? 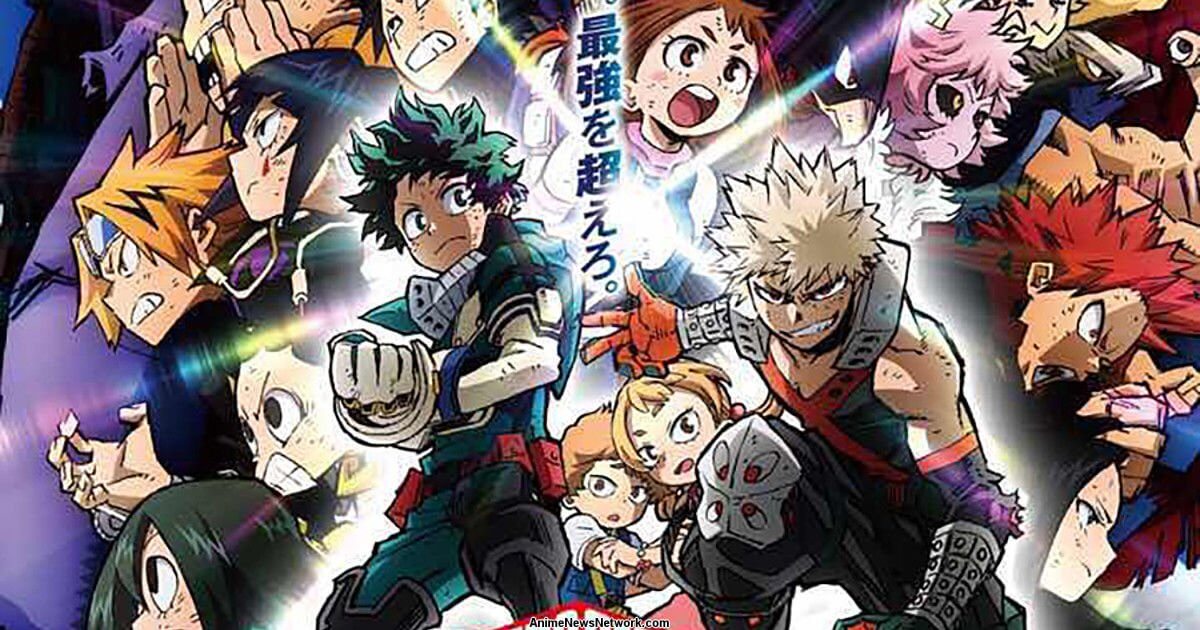 One of the best fantasy anime movies that show the world is torn between two kinds of people, ones who possess supernatural abilities called “Quirks” & those who lack them. Izuku Midoriya counts in the latter.

Therefore, he gets into a school, “The Hero Academy”, to get trained & possess the powers his peers do. Then, Izuku & people like him with no apparent power try to fight the world’s villains.

The quest is to become superheroes & defend the ones who lack “Quirks.” will they succeed & be able to bring back calm & harmony to this world? And for how long? 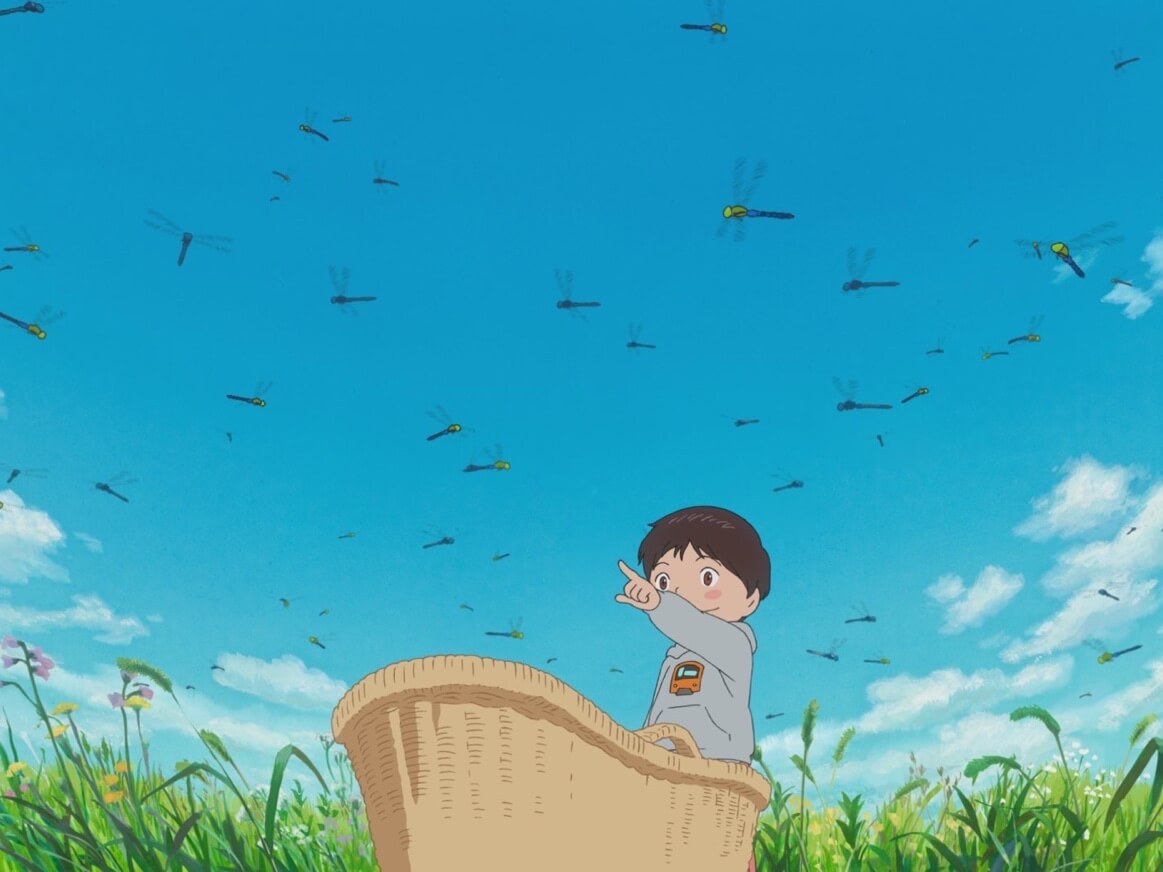 Kun welcomes a baby sister with ‘not so happy arms’. However, his bit of parental attention resents him, which eventually results in discovering a peculiar & adventurous getaway in his backyard. It takes the boy on a trip of time traveling.

4-year-old Kun meets his family members at a young age. He even gets to meet his mother as a little girl & a woman by the same name as his baby sister, Mirai.

The impeccable trip results in Kun looking at life in its most authentic & purest form. Will these unexpected yet fun events make him the big brother he should have long become? 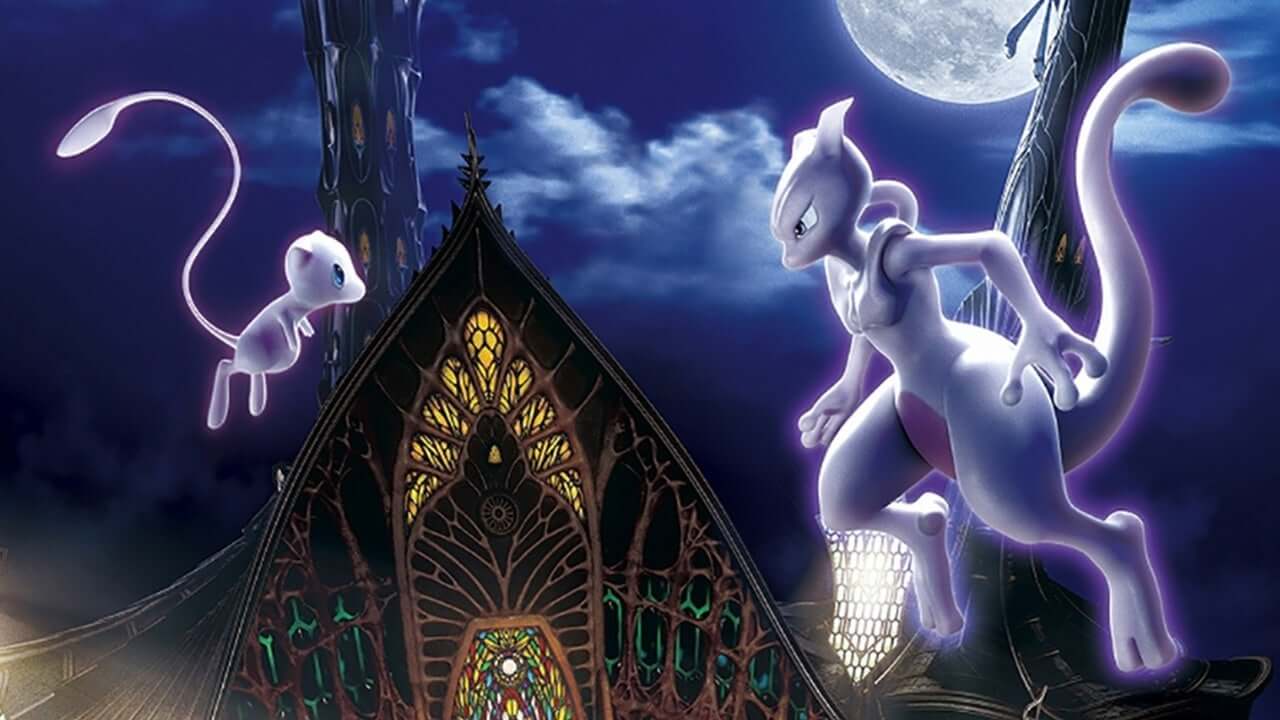 Ever wondered what would happen if scientists tried to clone human beings to make supernatural beings among us? Well, it did. Scientists clone pokemon Mew’s DNA & produce a mix of agitated & oblivious pokemon Mewtwo instead.

Now, the newly built species set out in the world to spread evil to show his resentment for his birth to both humans & pokemon Mew alike.

Here jump Ash & his ever-resilient boy gang, who decide to fight Pokemon Mewtwo. What will they succeed in?

Pokemon the Movie: Secrets of the Jungle (2020) 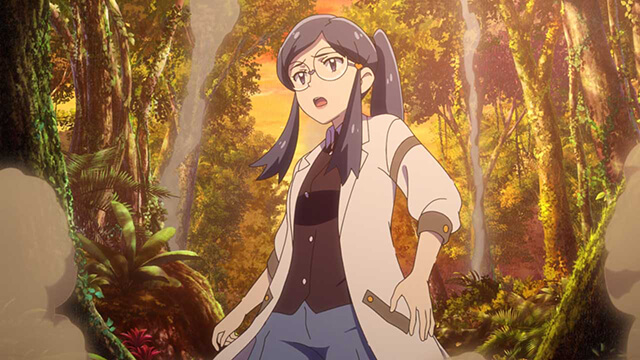 A pokemon, Zarud, adopts an infant boy he finds in a jungle & names him Koko. A few years later, a team of researchers found out about their existence & tried to part them by introducing Koko to the human species.

Dreaded, Koko runs away as he has never seen any human interaction before. However, multiple incidents lead the boy to know about his actual parents, his affection for Zarud & how he wants to live his life from there onwards.

Will Koko choose to come back to the jungle & live with zarud, or would he choose the newly found adventurous human life? One of the best fantasy anime movies about the special bond between the human species & Pokemon. 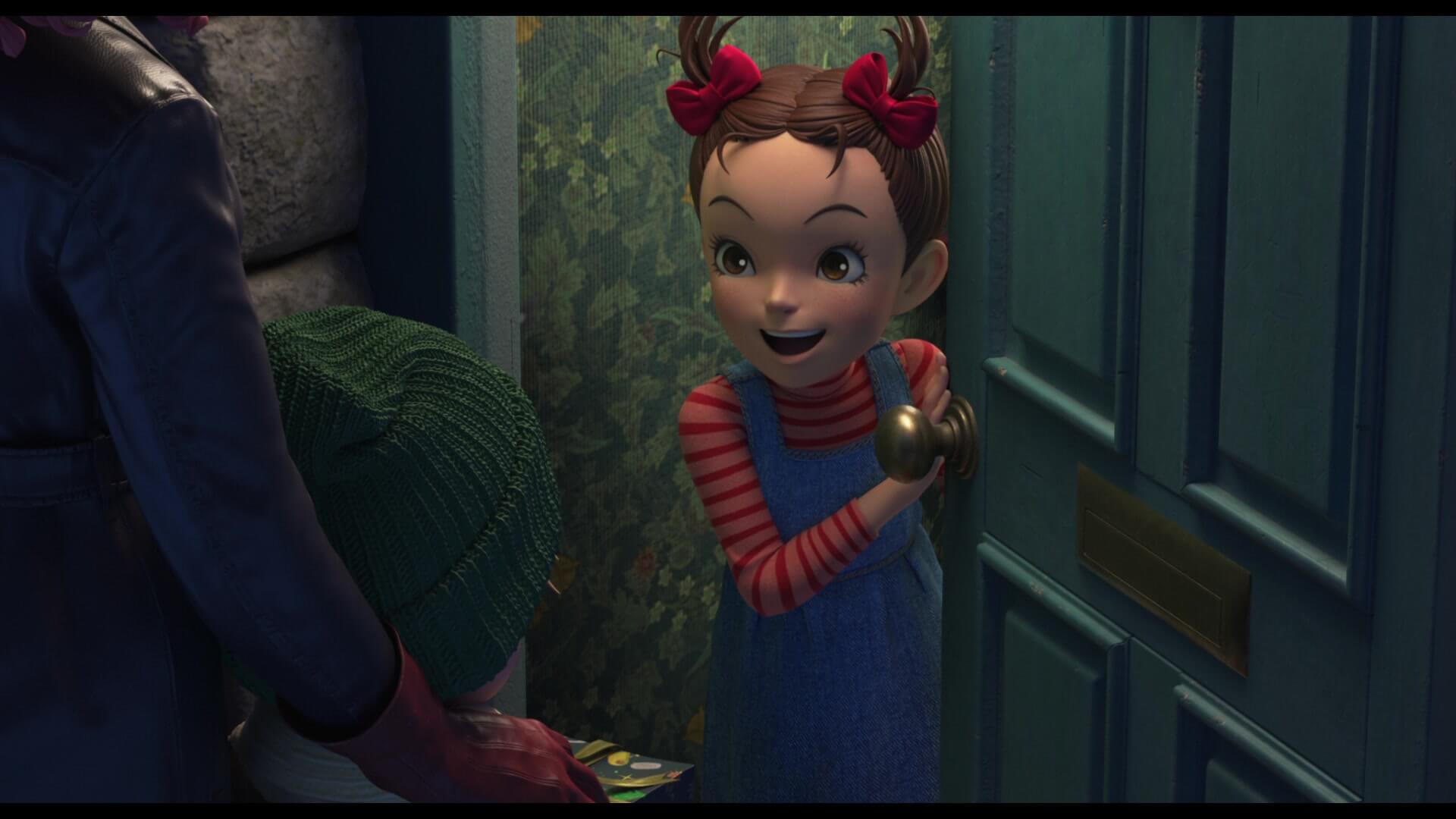 A witch leaves her infant daughter, Earwig, at the children’s home. Later, she gets adopted by a witch couple against her will.

Her life turns upside down when they trap her in the house forever with magic. Not finding an alternative way out, Earwig meets a peculiar cat at last who can talk & ends up teaching her real magic.

But will it help her in getting out & meeting her friends like the old times, or will the magic attack back even harder? Also, with this newly found power, Earwig can even meet her mother. Will she?

Have you been asking your friends for the best fantasy anime movie recommendations for your weekend? Well, we have got you covered. The list above encapsulates Canada’s most-watched anime movies & is continually taking the top watch priority.

Apart from that, we have concluded the best anime movie options for all kinds of anime lovers. This blog assures not only a variety of content but also the best movies that the anime cinematic world has enjoyed worldwide.

So, jump in & make your weekend even more exciting by watching these best fantasy anime movies RIGHT NOW!!