Best Anime Movies On Hulu To Watch In Canada! 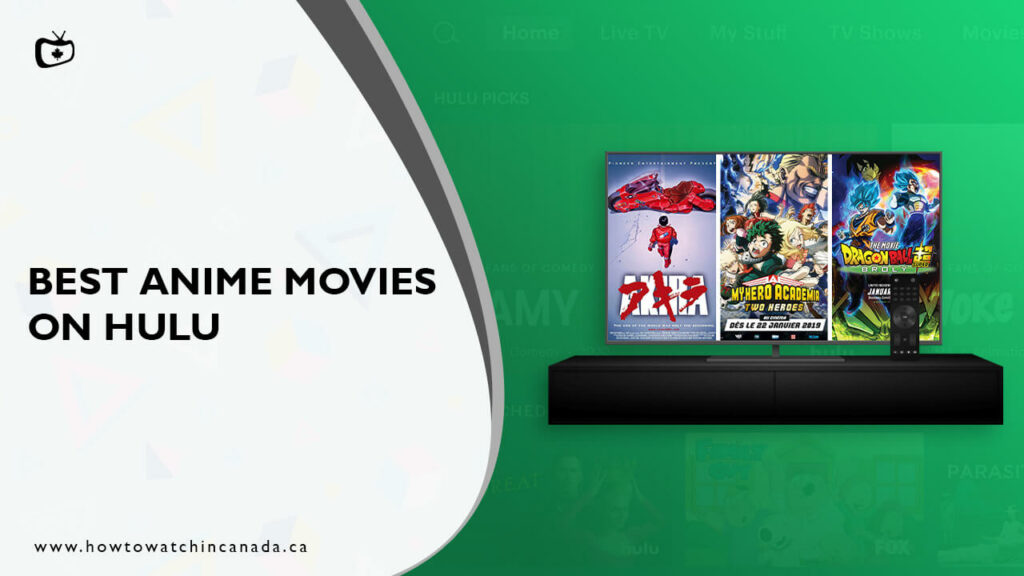 Anime is no longer viewed as a niche subgenre of the entertainment business, which is good news for its enthusiasts. With the availability of streaming platforms like Hulu, anime movies have never been more readily available than they are today.

Aside from other genres in which you are interested, like horror, romance, comedy, action, Historical, Halloween, documentary, etc., we have made a list of anime movies on Hulu.

Does this have you wondering what anime movies Hulu has in 2022? If so, then you’ve come to the right place because we have prepared quite an extensive list of the best anime movies in Canada on Hulu for you.

These include selections from a few of the most well-known shonen IPs of the present day, such as Dragon Ball, an all-time anime masterpiece in the form of Akira, and more tailored choices.

However, Hulu is currently only accessible in the US and Japan, but with the help of a premium VPN, Canadians can watch Hulu in Canada.

Moving on, here are the best anime movies on Hulu: 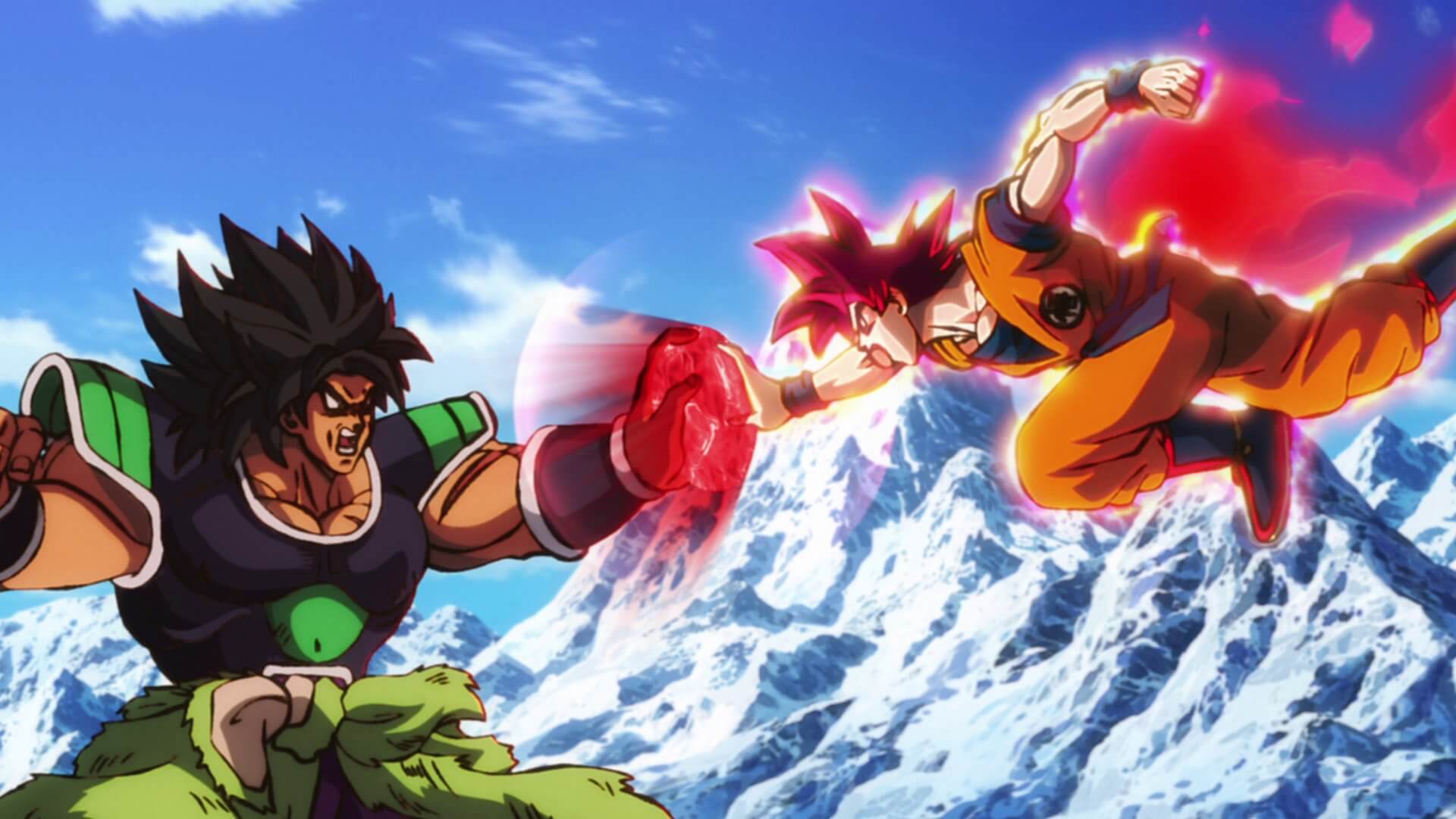 In Dragon Ball Super: Broly, a brand-new quest to prove oneself as the strongest starts. After the Tournament of Power, there is serenity on Earth. Goku dedicates all of his waking hours to training in order to achieve even higher heights after understanding that the worlds still have a lot more powerful beings to encounter.

But one night, a Saiyan named “Broly” who they had never encountered before, confronts Goku and Vegeta.

Why is this Saiyan on Earth since they were believed to have been practically destroyed during Planet Vegeta’s total annihilation? This meeting of the three Saiyans, each having pursued a unique destiny, escalates into a fierce conflict in which Frieza is also involved. 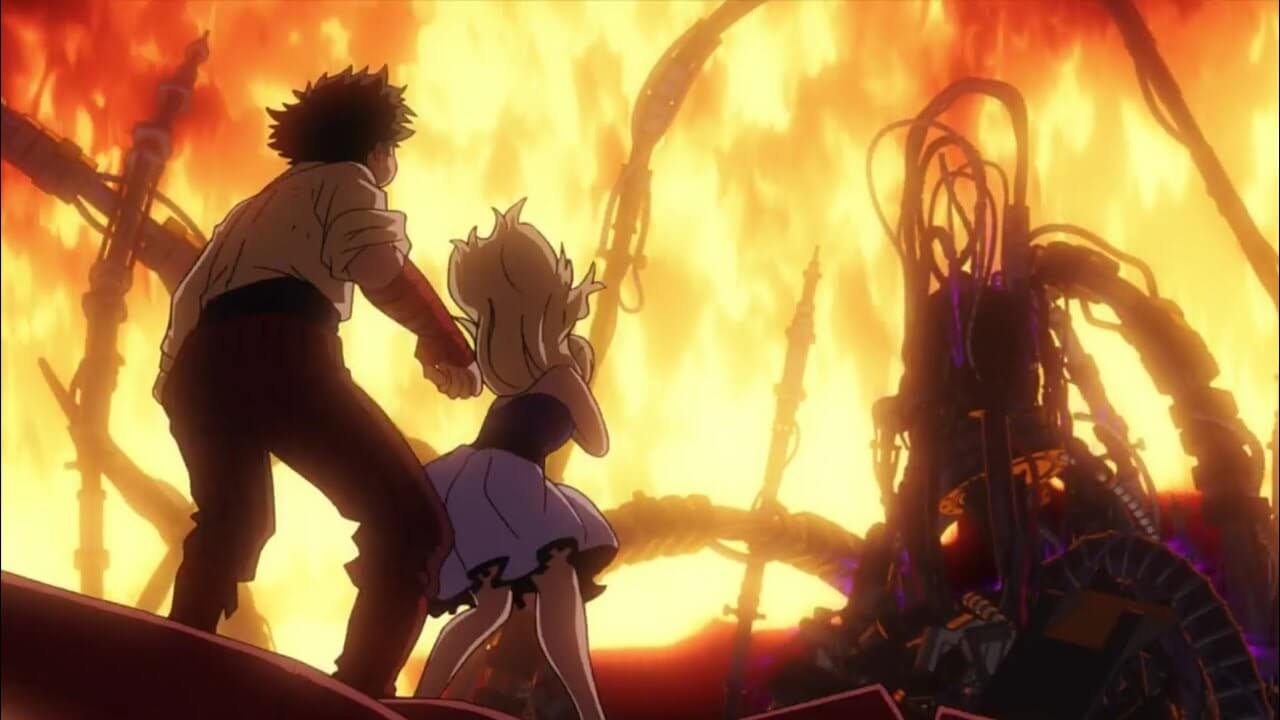 My Hero Academia: Two Heroes will have you wondering who your true hero is. In this movie, All Might and Deku take an offer to travel to the dangling, man-made metropolis of “I-Island,” where they explore quirks and heroic auxiliary goods at the current “I-Expo” exposition.

During this time, despite an impenetrable wall of protection around the land, a supervillain abruptly infiltrates the infrastructure, and the only individuals who can defeat him are the pupils of Class 1-A. If you’re into bone-chilling action and adventurous plotlines, this is one of the best anime movies on Hulu for you. 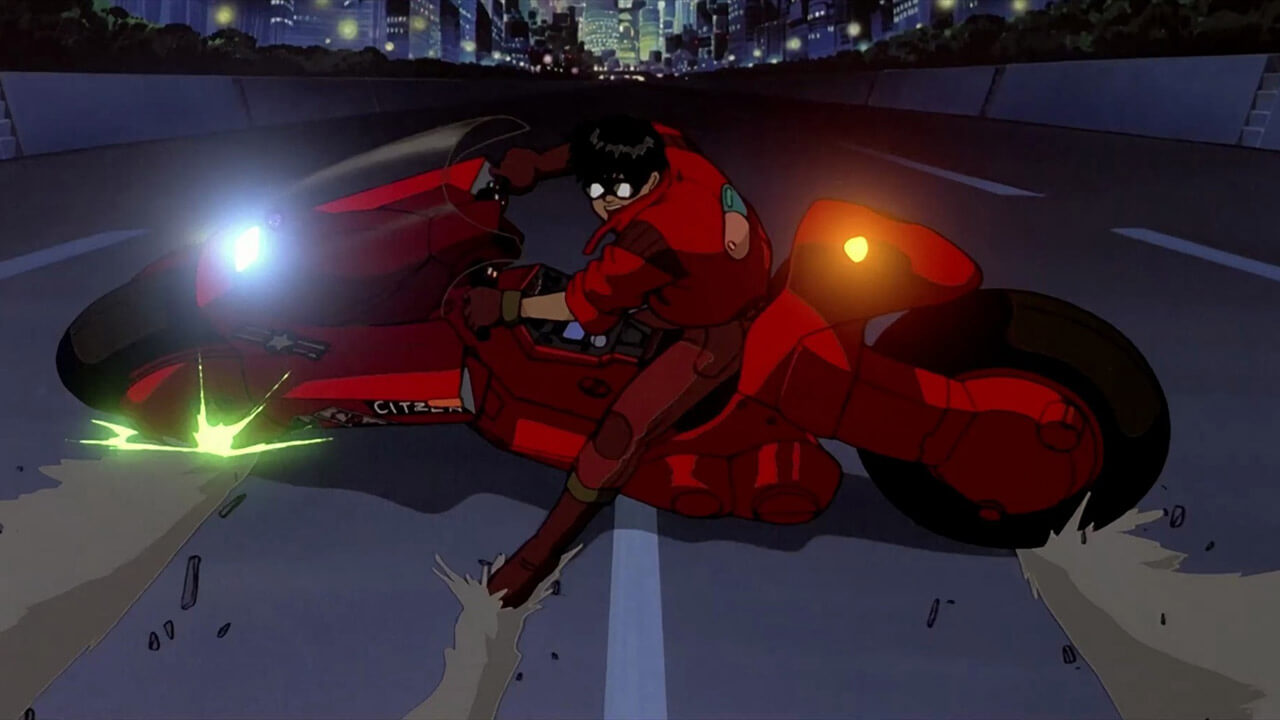 It is the year 2019. Thirty-one years after World War 3 obliterated it, Tokyo, now known as “Neo-Tokyo,” has just been reconstructed and is a prosperous city. Shotaro Kaneda leads a biker gang.

After being hurt in an incident, his pal Tetsuo is transported to a top-secret federal organization. He acquires telekinetic abilities but employs them evilly instead of for peace.

He possesses the same abilities as Akira, the entity that obliterated Tokyo in 1988, and it now seems like the same thing will happen again. If you like a little bit of drama in your animes, this is one of the best anime movies on Hulu. 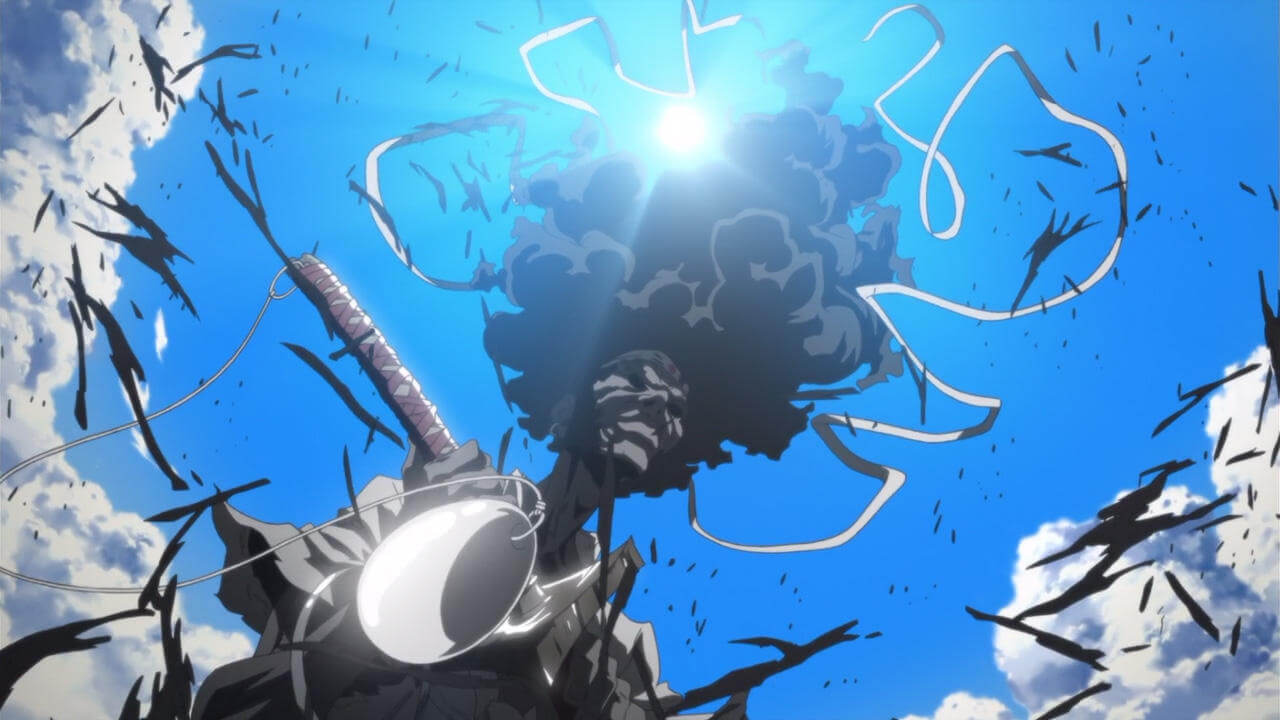 The Afro Samurai found comfort after exacting revenge for his father. But a stunning and dangerous woman from his past forces the famous master to return to the fight.

Afro picks up his blade once more to slay a legion of lethal enemies headed by a wicked tyrant after his father’s body is taken from its coffin.

The violent kindling left in Afro’s bloodied wake now blazes unchecked, and Sio’s eyes are the sole place where the embers of hostility are burning brightest. You’ll be left wondering whether there is such a thing as ultimate retribution after seeing Afro Samurai: Resurrection. 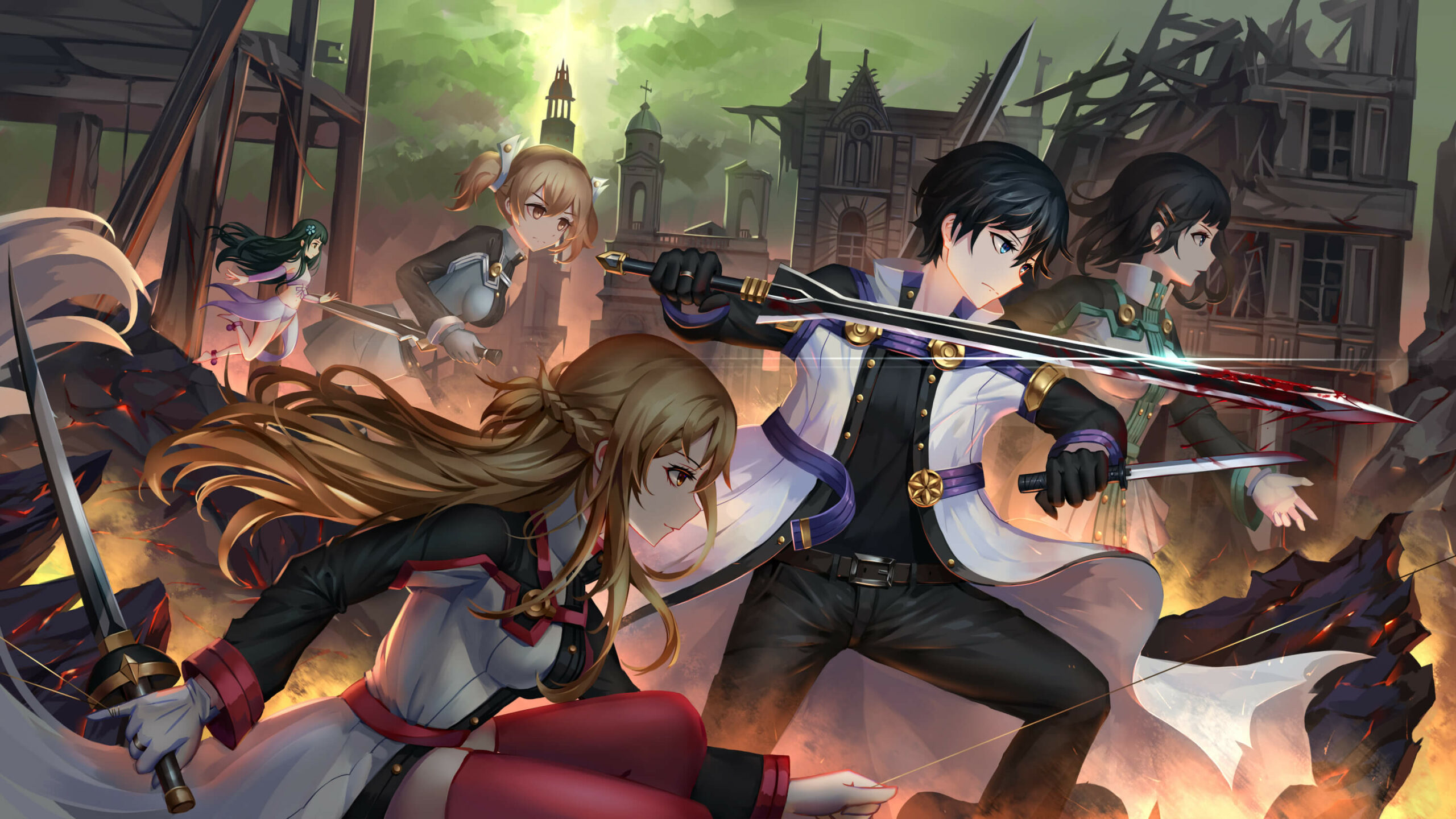 To compete with the NerveGear and its descendant, the Amusphere, a new device named the Augma is created in the year 2026. The Augma is a wearable technology of the next generation; unlike earlier models, it lacks a full-dive feature.

Instead, it draws gamers in with augmented reality. It quickly becomes extremely popular in the market since it is secure, simple to use, and allows players to participate while they are still connected to reality.

“Ordinal Scale,” a custom ARMMORPG created for the Augma, serves as the most played game on the platform. After seeing Asuna and the group play the game for some time, Kirito soon decides to join them. But they’re about to discover that the Ordinal Scale is not what they think it is. 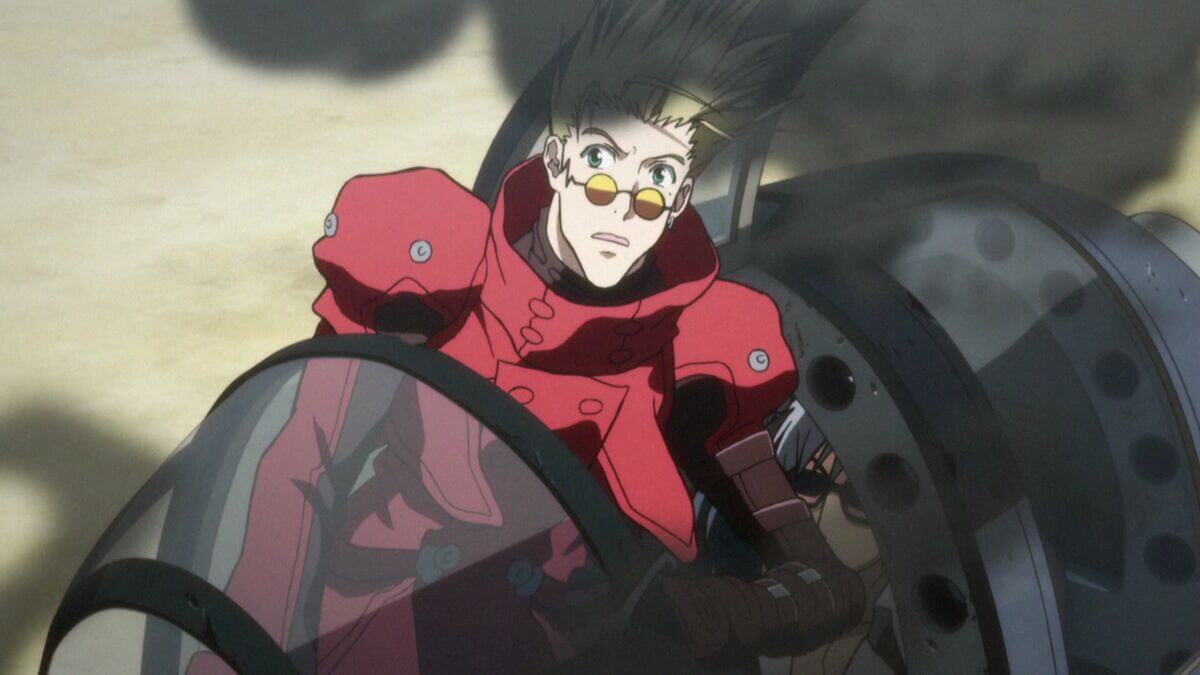 Gunfighter Vash the Stampede, who usually sports his trademark red trench coat and has a huge bounty on his head, has returned. Although it may seem frightening at first, contrary to popular belief, he is really a very wonderful guy who places a high value on life.

When Gasback was the most sought outlaw in the world two decades ago, Vash saved him. Almost. But twenty years later, he discovers himself in a city where, for unknown reasons, a large number of bounty hunters have assembled.

This includes a young woman who has a strong desire to murder Gasback. Why is Vash attempting to save Gasback’s life once again? 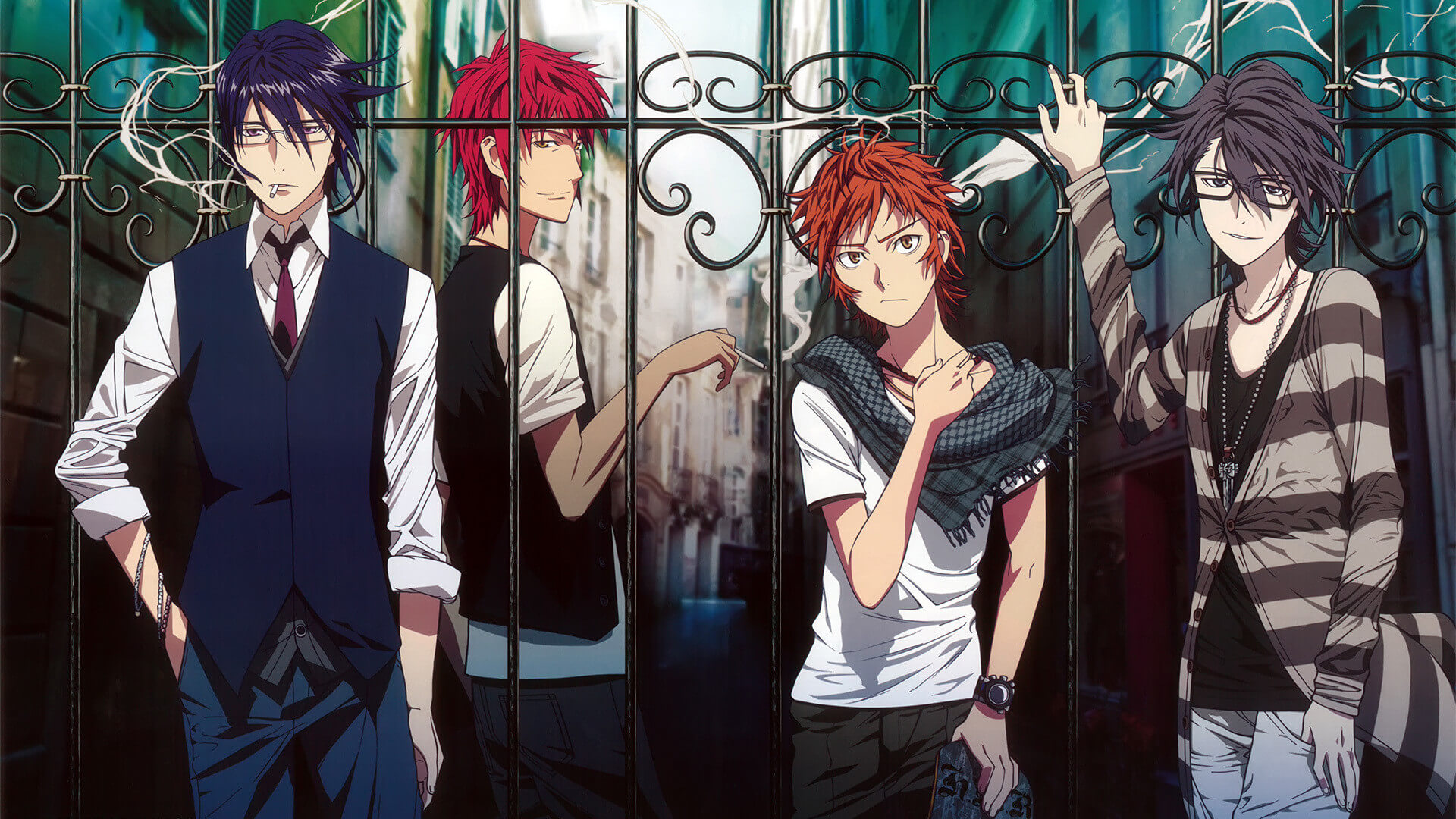 Since Shiro, the Silver King, vanished a year ago, Kurou Yatogami and Neko have diligently searched for him but without success.

As a result of their search, they are encountered by Rikiko Kamamoto and Anna Kushina, two former Red Clan HOMRA members who the Green Clan is currently hunting because they want Anna’s abilities.

The Scepter 4 members are now needed, along with Kurou and Neko, to free Anna from the enemy force’s grasp and hopefully employ the young girl’s abilities to locate Shiro.

The gang is thrown into a battle of wills in the middle of a catastrophe when the Green Clan poses a challenge to conquer the Gold King’s kingdom. If you’re a fan of fantasy, this is one of the best anime movies on Hulu for you.

In this action-packed journey that spans all continents, Lupin III, the legendary gentleman thief, makes a triumphant comeback. He and his flamboyant underworld comrades rush to learn the mysteries of the enigmatic Bresson Diary before they fall into the clutches of a sinister conspiracy determined to bring back the Third Reich.

In an exciting new adventure that is guaranteed to please fans both old and new, the group engages in trap-filled catacombs, airborne shenanigans, and spectacular prison breakouts with the signature humour and graphic artistry that have established Lupin the 3rd as one of the best legendary animation franchises ever. 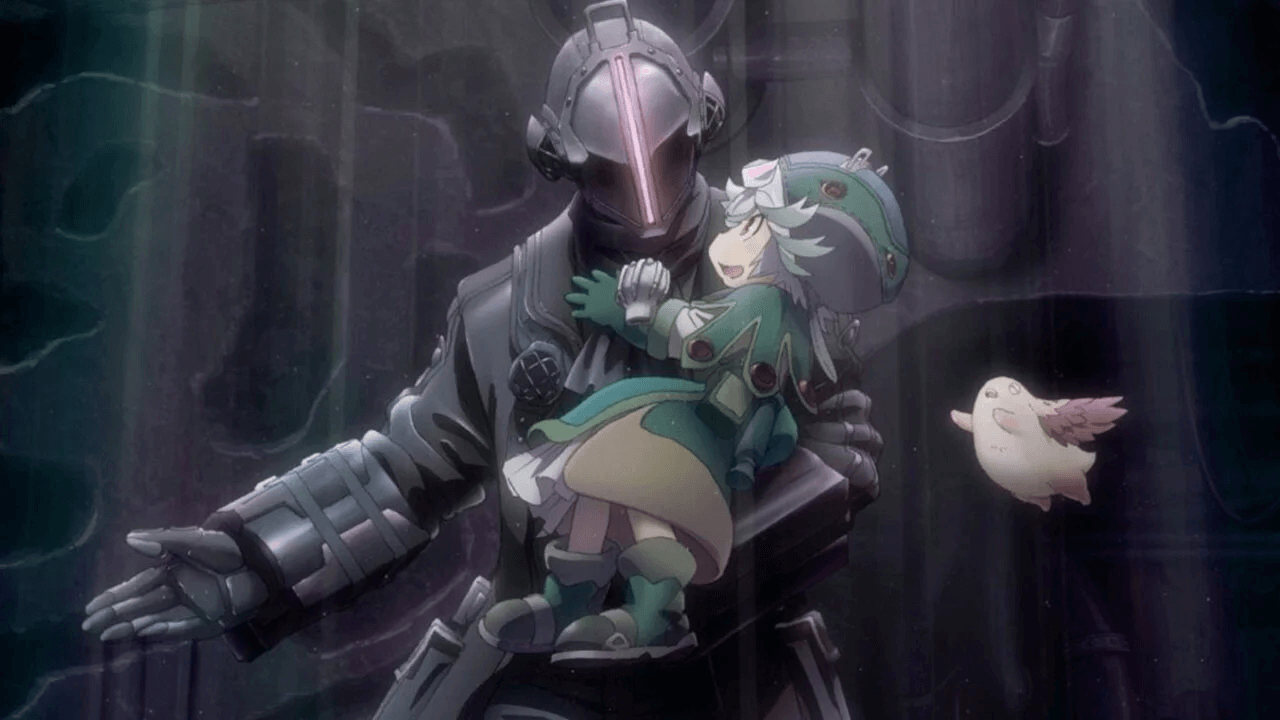 Riko and Reg, who are accompanied by their new buddy Nanachi, continue their epic journey in Dawn of the Deep Soul.

Together they journey across the Sea of Corpses, the hazardous fifth level of the Abyss, knowing that to enter the sixth layer, they must face Bondrewd the Novel, a mythical White Whistle whose darkness weighs over Nanachi’s tragic past.

Although Bondrewd seems charmingly welcoming, the daring explorers know that not everything is as it seems in the mysterious Abyss. 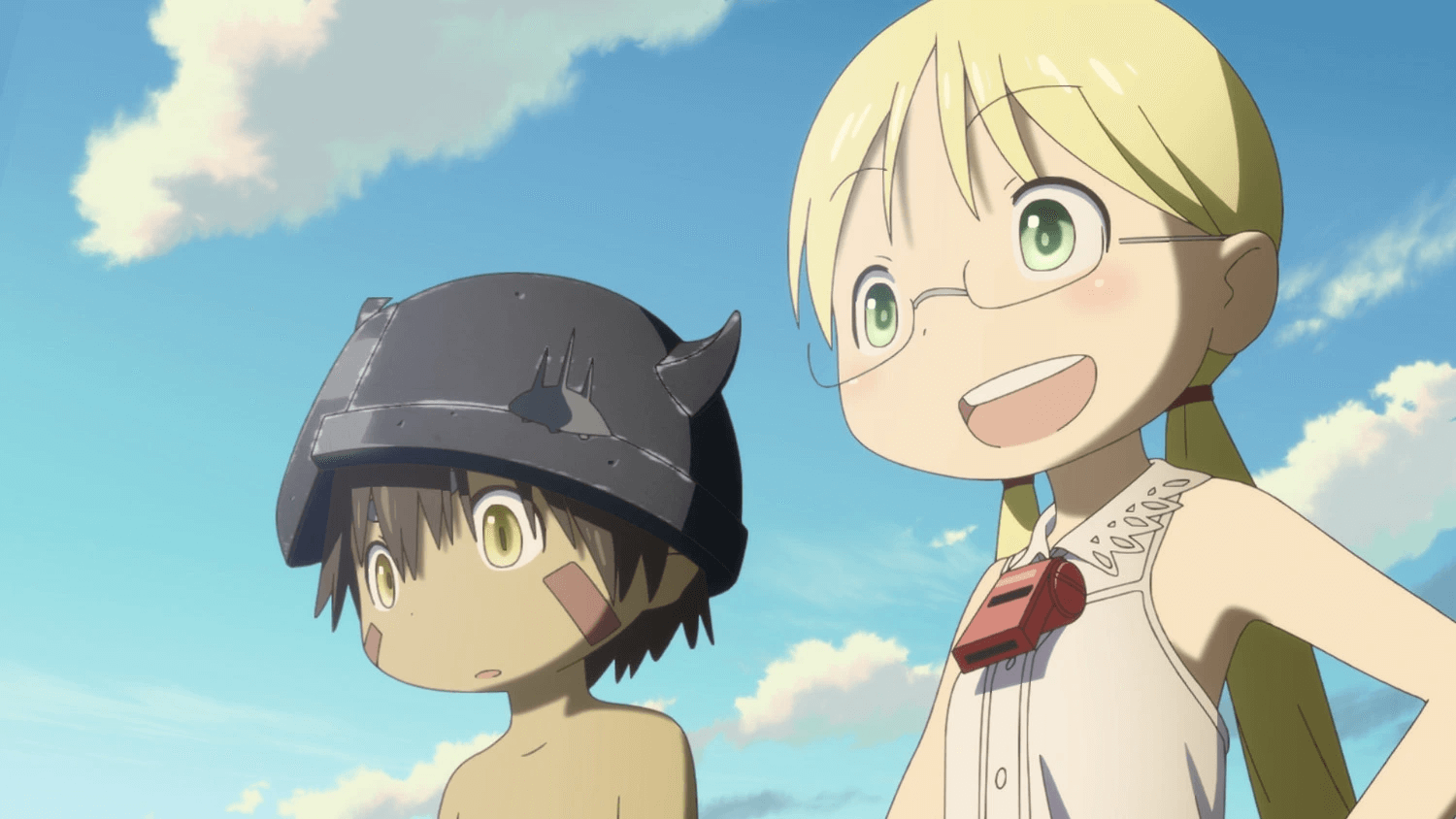 The mysterious Abyss is a dangerous and harsh realm. Riko, who aspires to walk in her mother’s chosen path and trains diligently in order to become Cave Raider, is one of the adventurers who finds the Abyss captivating despite the perils.

Riko finds out one day that her mother has passed away in the Abyss, but a strange message suggests that she could still be alive. Riko leaves her home with Reg, a humanoid robotic boy, on an adventure to discover the truth about her mother’s disappearance.

Together, they will find out whether they possess what it takes to live in a place where numerous others have died. If you’re looking for an anime that you can watch with your family, this is one of the best anime movies on Hulu. 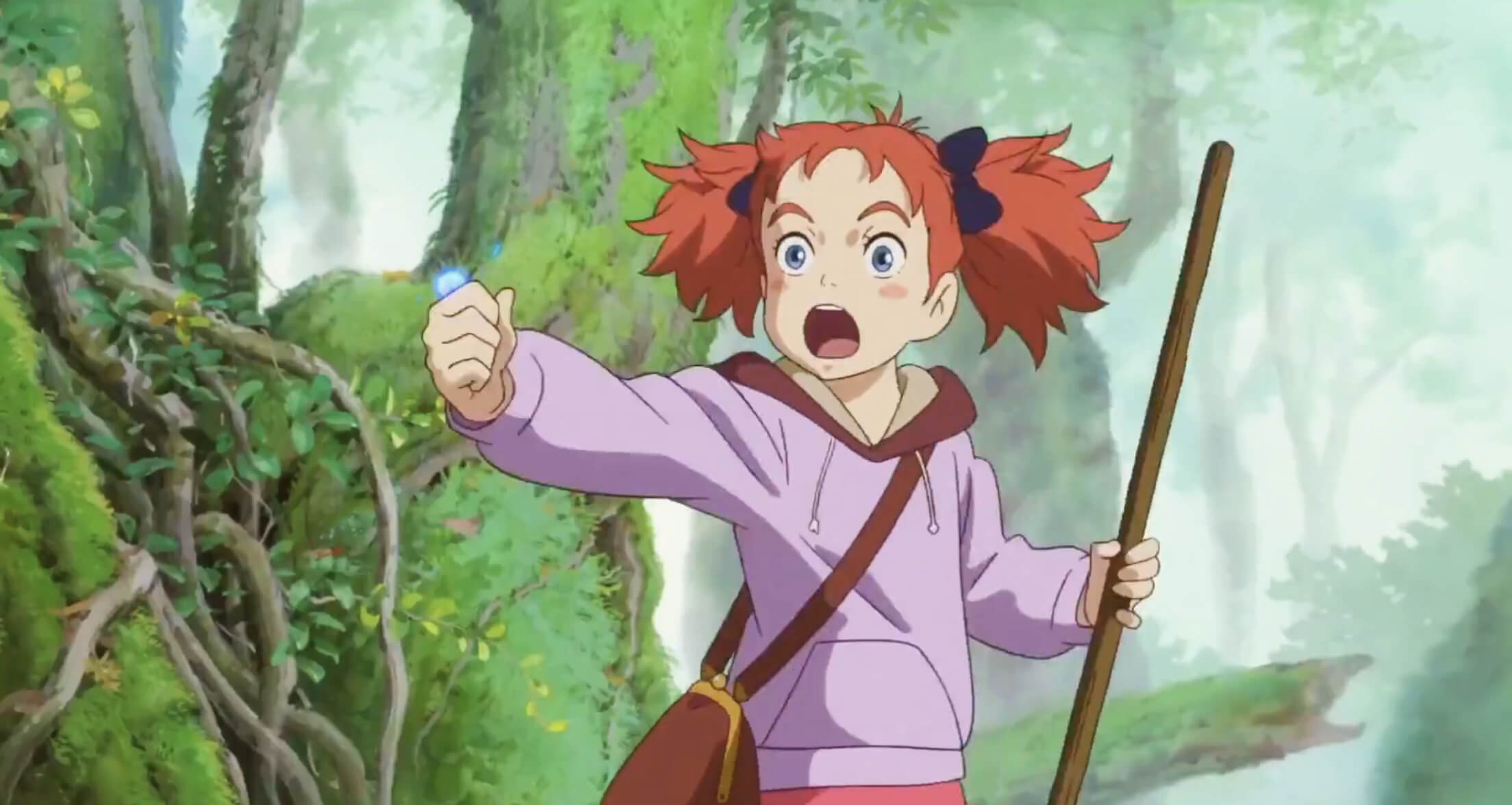 Mary, a clumsy girl who recently moved in with her Great Aunt Charlotte, is very alone and frustrated.

However, one day, after following a cat deep into the forest, Mary discovers a bunch of mystical blue flowers known as “Fly-by-Night,” which are rumored to be pursued by witches for their unbelievable mystical properties.

After carelessly squelching the flowers against a broomstick, Mary embarks on a merry chase that leads her to the Endor College for Witches, where everyone assumes she is a pupil.

In this fascinating new realm of magic, where everything is not always the way it appears, Mary must now discover how to take care of herself. This is one of the best anime movies on Hulu to watch with your loved ones. 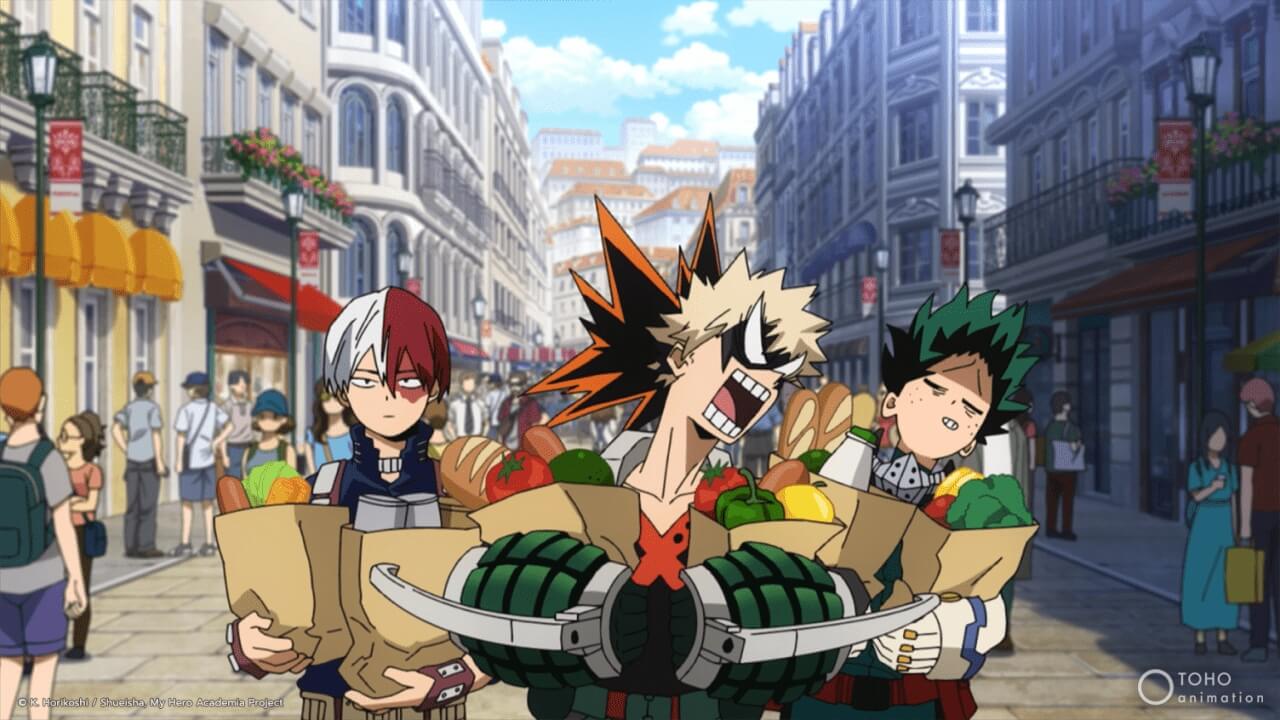 The Quirk Doomsday Theory states, according to the ideologies of the organization Humarise, that all people with quirks are pathological and ought to be wiped out.

Extremists from the group have created a deadly weapon called a “Trigger Bomb” that causes individuals with quirks to lose all control and perish. Midoriya is suspected of committing a crime while he was working on his job studies, meanwhile.

He unintentionally involves a local named Roddy Soul and eventually finds himself fleeing with the youngster. Rody, Deku, and Deku’s peers are now tasked with trying to thwart the Trigger Bomb plan that Flect while evading tenacious Humarise members.

So, there you have it – the best anime movies on Hulu. So, what’re you waiting for? Go grab some popcorn and experience some action and adventure like never before!