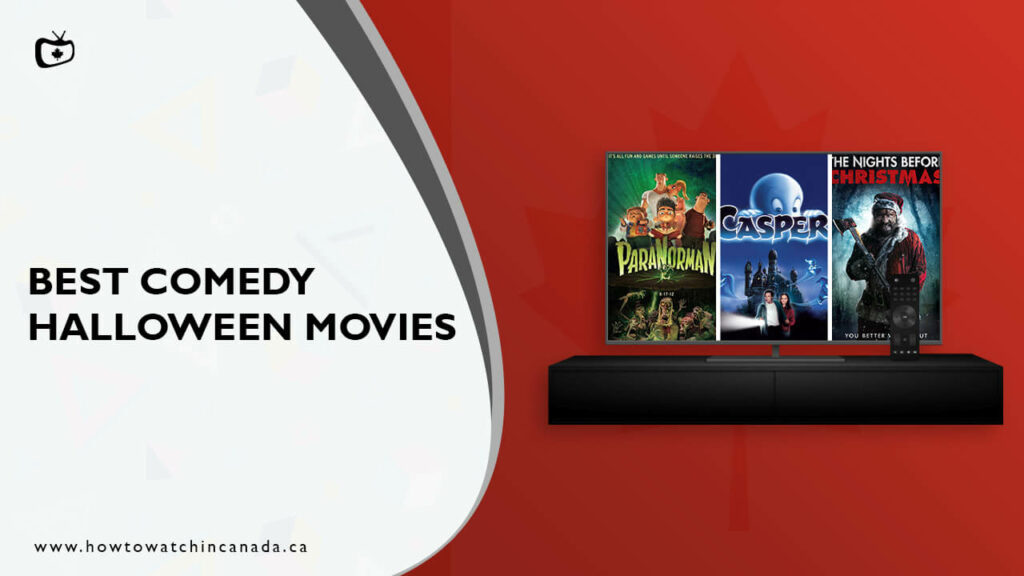 Halloween is the scariest holiday, when ghosts, ghouls, and creatures of the supernatural world come out to play. Or at least, it is widely believed and said, perhaps to scare the kids. But the holiday doesn’t necessarily have to be scary, as we can always add humor by watching some best Halloween movies in Canada.

To tickle your funny bone, we have compiled the best list of some of the funniest Halloween movies so you can laugh even though surrounded by the spookiest costumes. 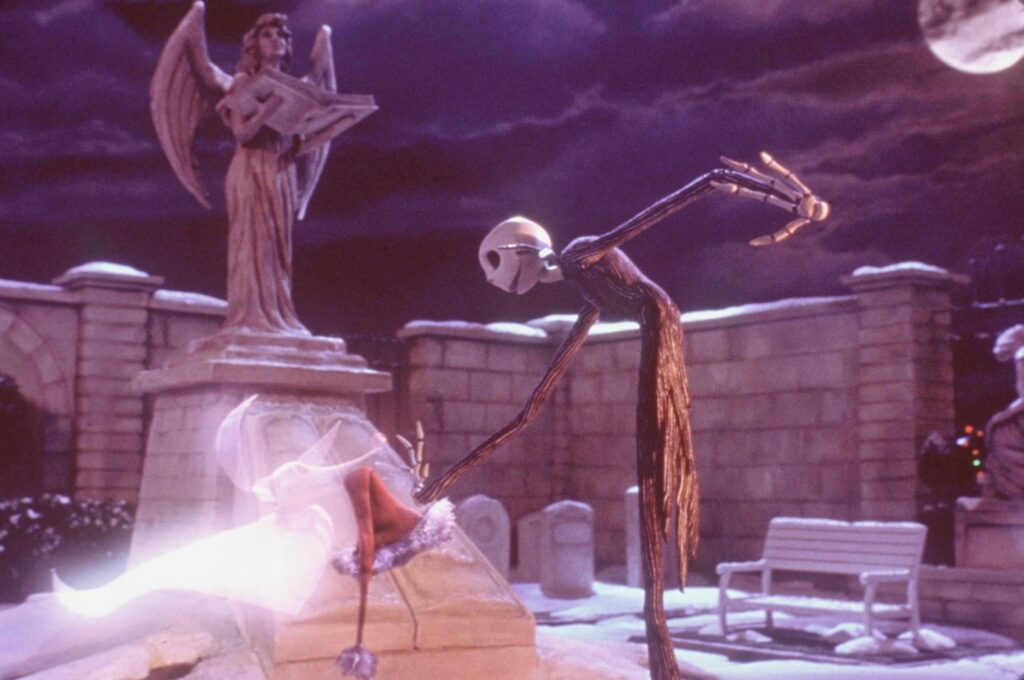 This funny movie centers on the escapades of Jack Skellington, the popular pumpkin king of Halloweentown, who has grown weary of scaring people in the “real world” every year. Jack finds a new lease of life when he unintentionally stumbles onto Christmastown, which is full of vibrant colors and friendly people.

Jack then hatches a plan to take control of Christmas by kidnapping Santa Claus and assuming the role. But Jack quickly learns that mice’s and skeleton men’s best-laid plans can sometimes go horribly wrong.
Although the movie centers around Christmas, it’s also a great watch on Halloween! 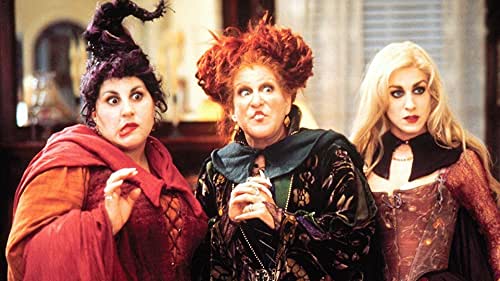 In this funny Halloween movie, teenager Max Dennison, his sister Dani, and their new friend Allison investigate an abandoned mansion after relocating to Salem, Massachusetts.

Max unintentionally releases a coven of demonic witches that once resided in the house after disregarding a tale Allison tells as superstitious. The children must now take the witches’ spell book with the aid of a magical cat in order to prevent them from becoming immortal. 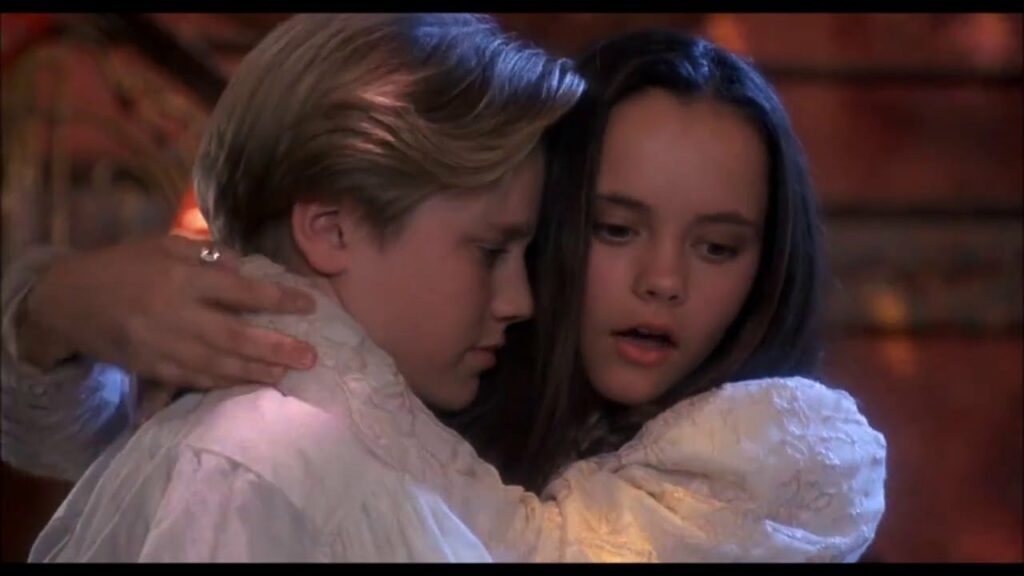 A young, sympathetic ghost Casper (voiced by Malachi Pearson), resides happily in a Maine mansion. James Harvey, a specialist, arrives with his teenage daughter, Kat, to speak with Casper and the other ghosts.

Although Casper and Kat fell in love right away, their blooming romance is hindered by both of his troublesome phantom relatives and their mischievous pranks, as well as by the fact that he is translucent. 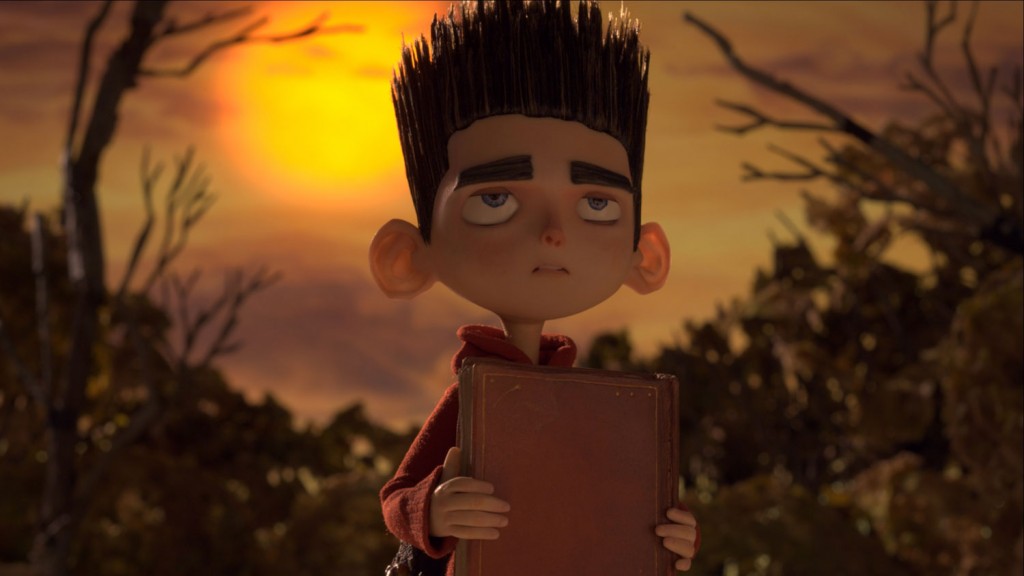 Norman Babcock, a young man with the ability to communicate with the dead, frequently chooses their company over that of the living. Norman learns from his weird Uncle Prenderghast that his village is under a centuries-old witch’s curse and that Norman is the only one who can break it.

When zombies come back from the dead, Norman must assemble all of his strength and empathy, as well as use all of his paranormal prowess to save his fellow citizens. Watch this funny Halloween movie today, only on Prime Video! 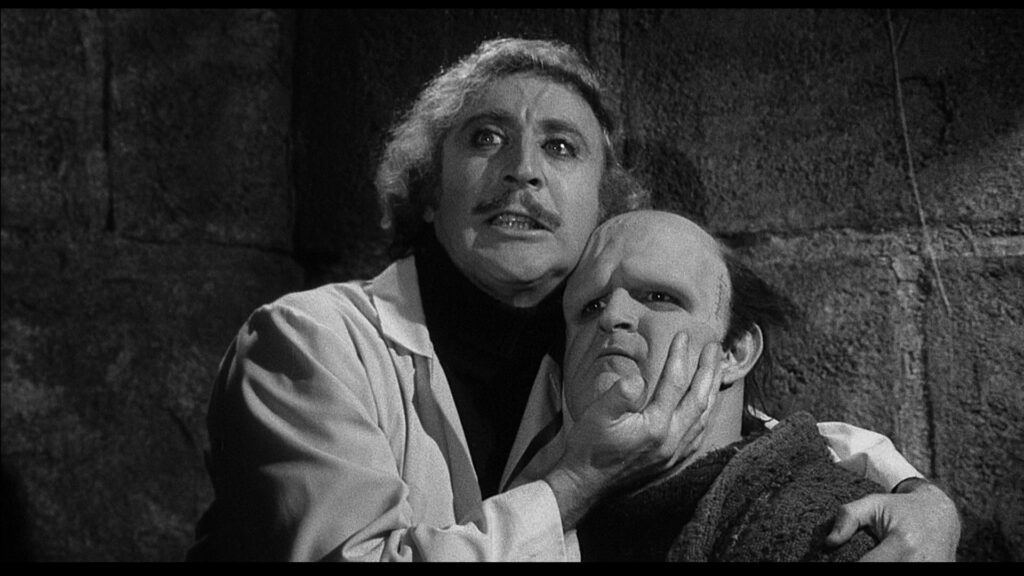 As some of the best classic Halloween movies go, this one is pretty funny as well. Dr. Frederick Frankenstein, a well-known medical instructor, finds out that he has inherited his notorious grandfather’s Transylvanian manor.

With the aid of the formidable Frau Blücher and the servants Igor and Inga, Dr. Frankenstein quickly starts to replicate his grandfather’s experiments after arriving at the castle. When the doctor’s fiancée Elizabeth shows up after he develops his own monster, additional difficulties arise. 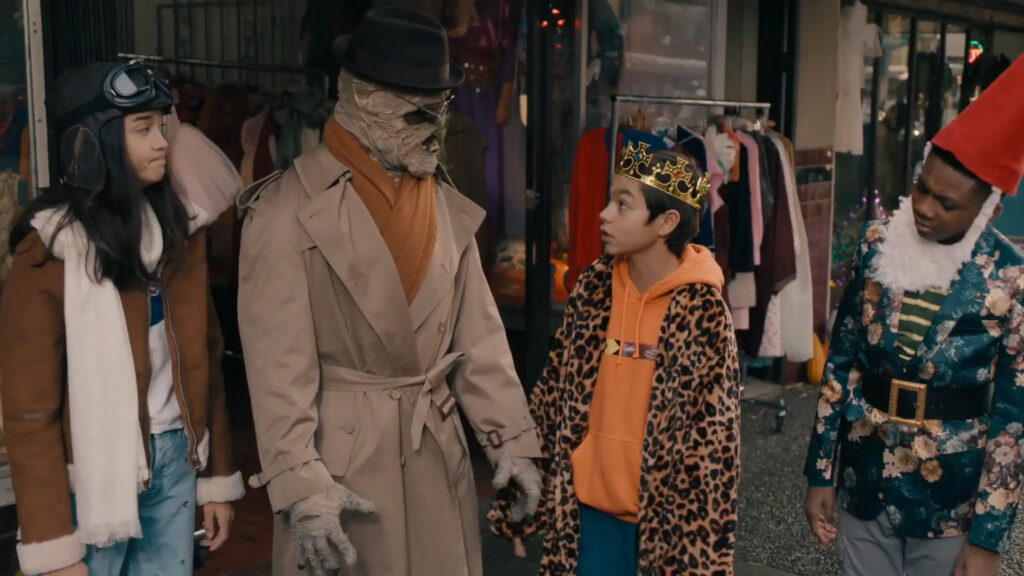 Amy, Marshall, and Gilbert, three 12-year-old kids, come across a mummy that has been hidden for three centuries. In the course of their investigation, they unintentionally resurrect him, but he must be put back to rest by midnight on Halloween or he will never be reunited with his long-lost love.

This is another Halloween movie that is funny as well, based on the classic movie by the same name. 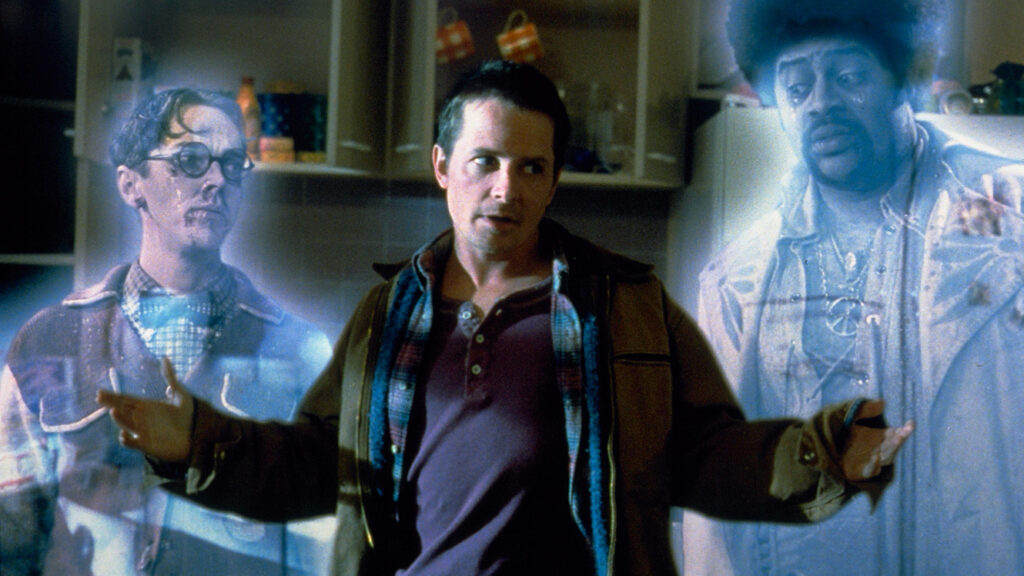 Frank Bannister, a former architect, now poses as an evil spirit exorcist. He says the cause of his “unique” gift is an automobile accident that claimed the life of his wife in an effort to support his charade. But he does not anticipate that more people would pass away in his hometown.

He falls in love with the wife of one of the victims and contends with a mad FBI agent as he attempts to solve the mystical enigma surrounding these killings. 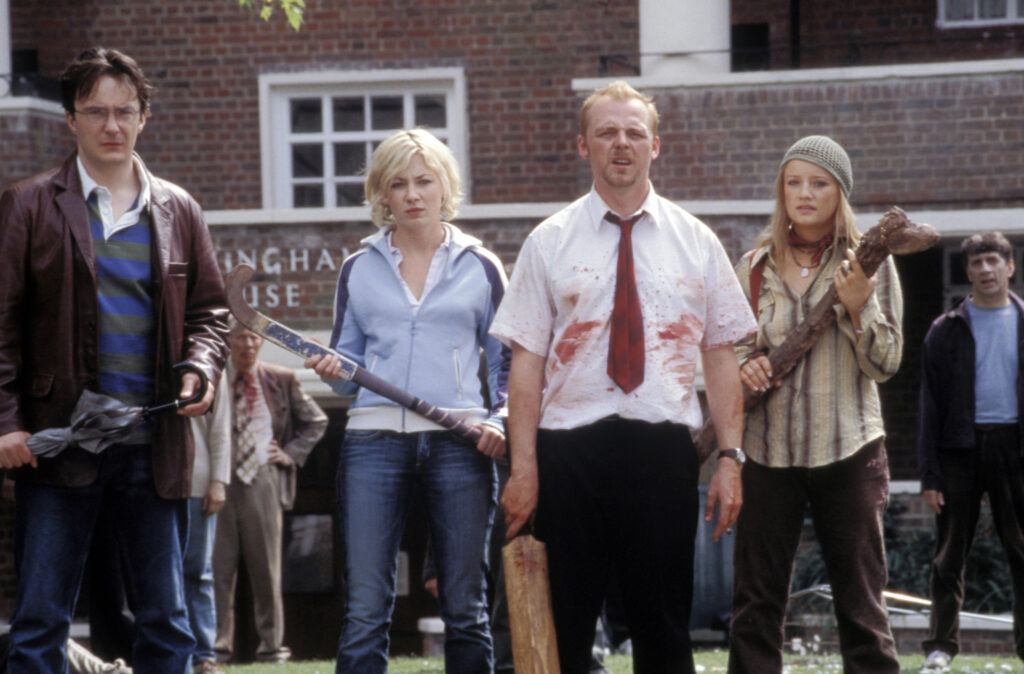 Shaun is a loser in his 30s who leads a boring, simple life. When he’s not working at the electronics store, he shares a little flat outside of London with his unkempt best friend, Ed. His fiancée Liz, who fervently wants Shaun to mature and become a man, is the only unpredictability in his life.

Shaun must step up to the plate and defend Liz and his mother when the town is mysteriously overtaken with zombies. This funny movie is perfect to watch on Halloween. 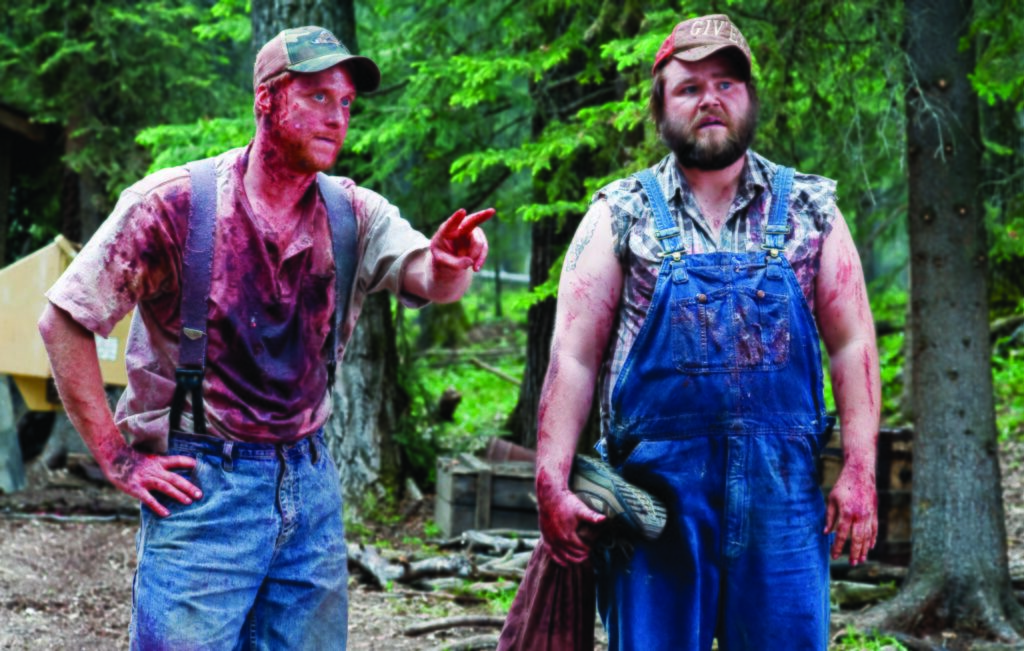 The 2010 black comedy-horror film Tucker & Dale vs. Evil was directed by Eli Craig and written by Craig and Morgan Jurgenson. Tyler Labine, Alan Tudyk, Katrina Bowden, Jesse Moss, and Chelan Simmons are among its cast members. 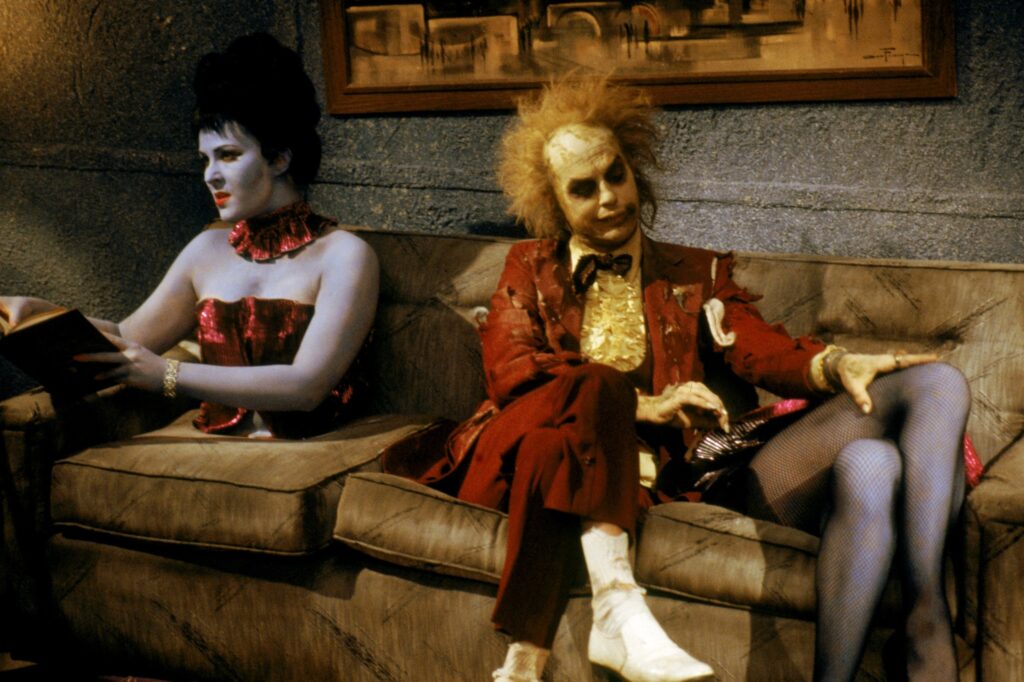 Halloween is empty without horror movies and who better to deliver than Tim Burton? Beetlejuice also happens to be the funniest Halloween movie. After Barbara and Adam Maitland are killed in a car accident, they are forced to remain in their rural home and haunt it.

The Maitlands make futile attempts to frighten the obnoxious Deetzes and their teen daughter Lydia away after they buy the house. Their efforts draw Beetlejuice, a boisterous ghost whose “assistance” quickly turns deadly for the Maitlands and helpless Lydia.

This funniest Halloween movie list contains some of the best classic movies to watch on this otherwise scary Holliday. So choose the ones you like, sit back and have a fun movie night.