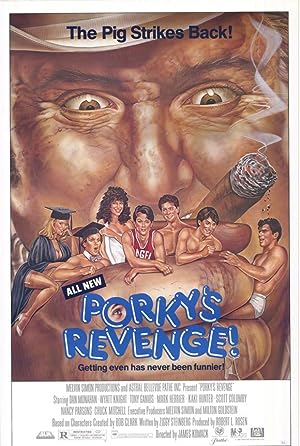 As graduation nears for the class of 1955 at Angel Beach High, the gang once again faces off against their old enemy, Porky, who wants them to throw the school’s championship basketball game because he’s betting on the opposing team.