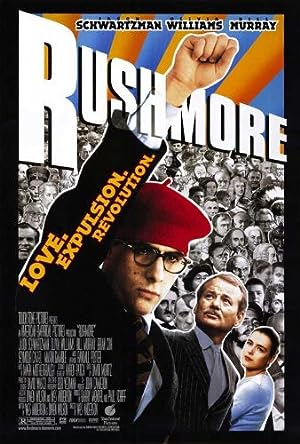 A teenager at Rushmore Academy falls for a much older teacher and befriends a middle-aged industrialist. Later, he finds out that his love interest and his friend are having an affair, which prompts him to begin a vendetta.