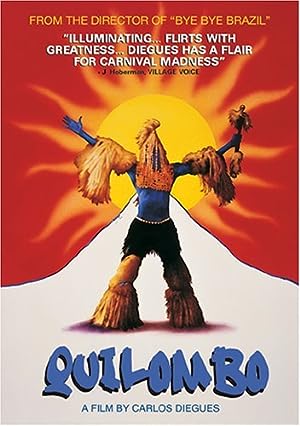 Palmares is a 17th-century quilombo, a settlement of escaped slaves in northeast Brazil. In 1650, plantation slaves revolt and head for the mountains where they find others led by the aged seer, Acotirene. She anoints one who becomes