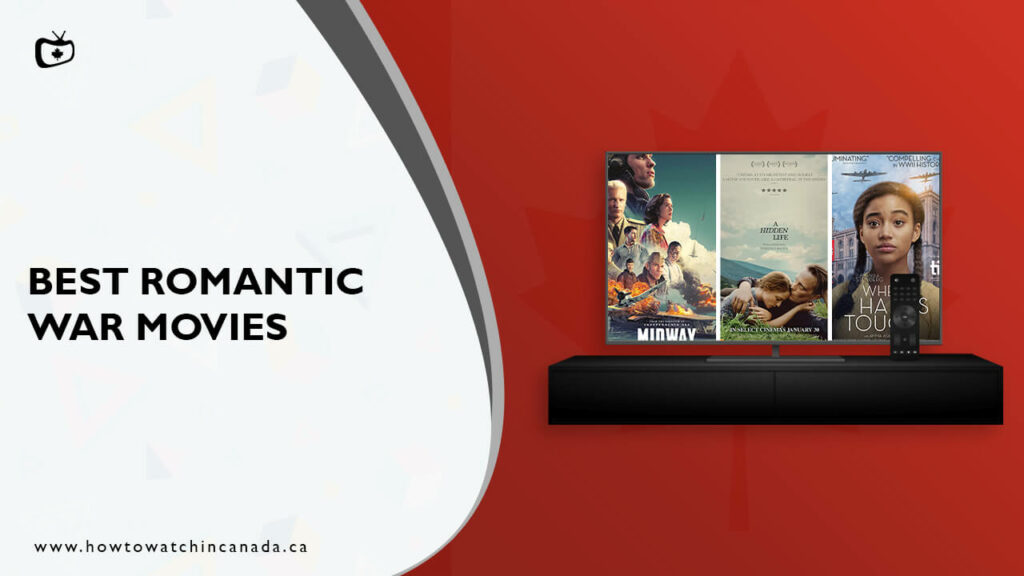 Despite the brutality and unrest of World War II, some of the best romantic war movies also came out of this era.

These movies, some of which are based on the events of the wars mentioned, are some of the best war movies in Canada based on romance and depict the tales of the commanders and troops who overcame the odds of love using their courage, grit, and intuition.

We understand that it may take a lot of work to decide which war movie to watch, especially since countless films deserve your intention. Luckily for you, we’ve got your back. 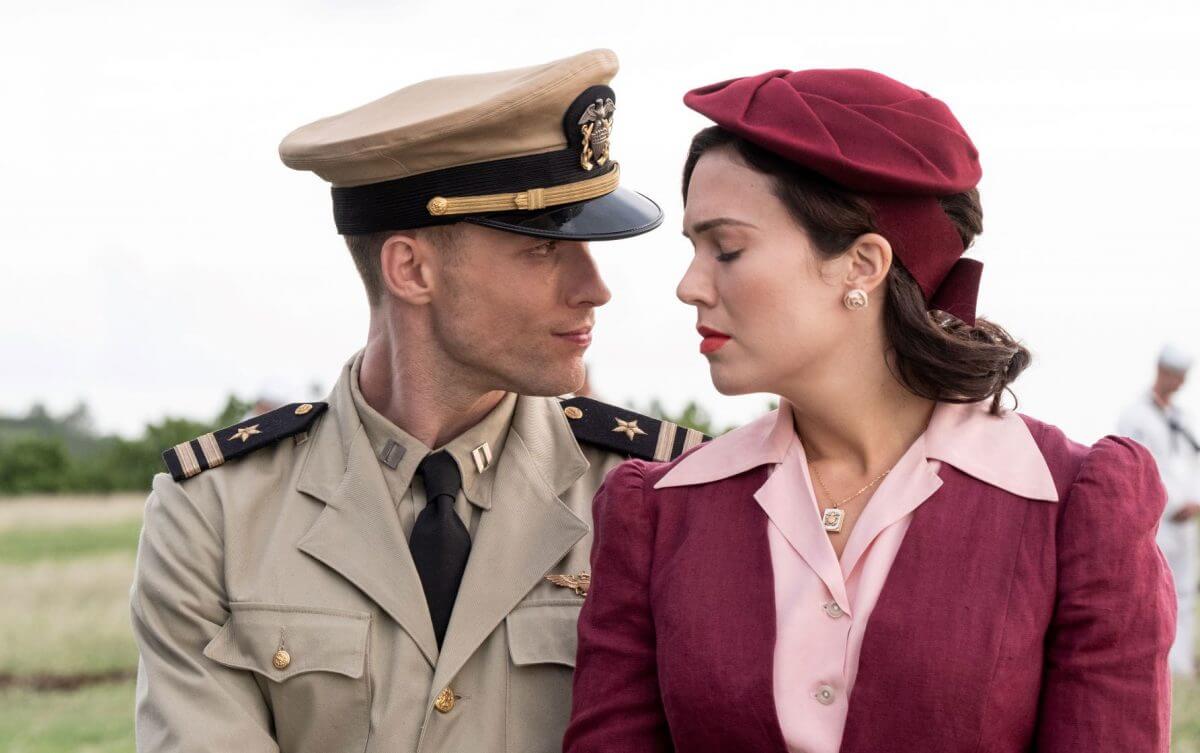 The Battle of Midway was a conflict between the American navy and the Imperial Japanese Navy that represented a critical turning point in the Pacific Theater during World War II.

The film demonstrates how, in May 1942, the Imperial Japanese Navy initiated an invasion on the Pacific island of Midway.

By taking it, they had a platform from which to launch attacks against Pearl Harbor and, eventually, launch a strike on the US west side. US Navy Intelligence, however, had developed its very own strategy. 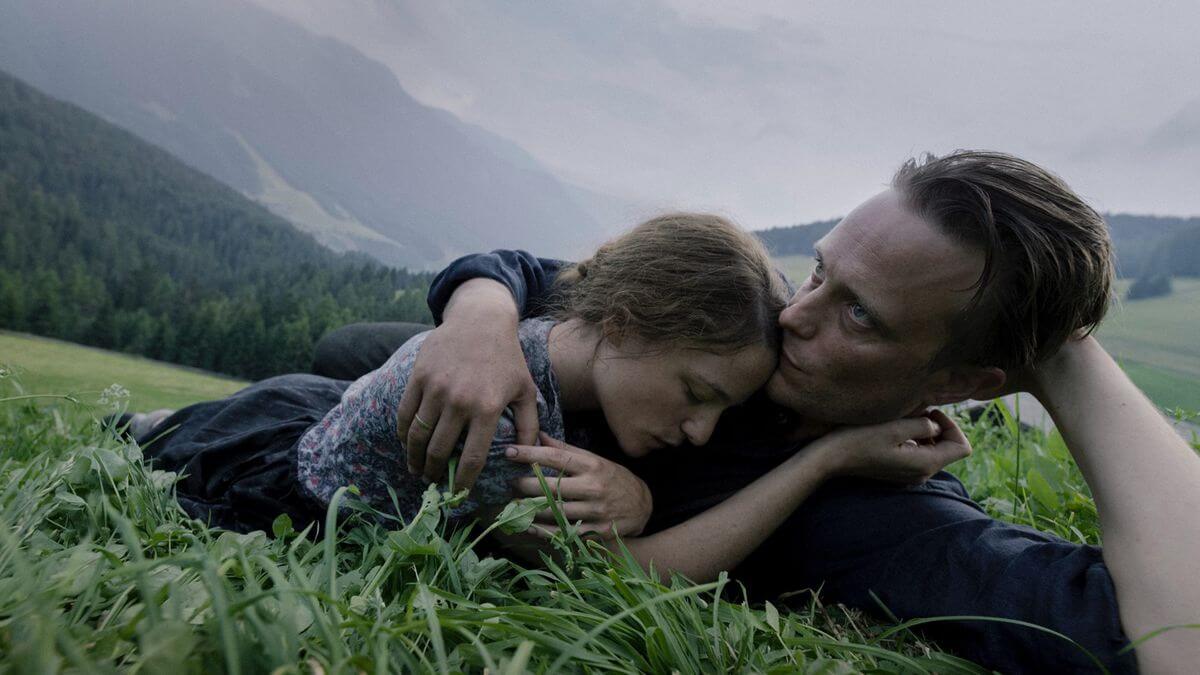 Farmers Franz and Fani Jägerstätter are dedicated parents of three young kids and members of the close-knit country town of St. Radegund in the Austrian Alps. When it appeared the war would be finished after France’s capitulation to Germany early in the fight, Franz and his fellow recruits were returned home.

However, he is recalled to active duty in 1941. Now, the issue is that Adolf Hitler commanded the Austrian soldiers to pledge allegiance to him, which Franz is incapable of doing because of his sense of justice.

Because of this viewpoint, he and his family are placed at a bigger social disadvantage and become increasingly separated from the rest of the community. 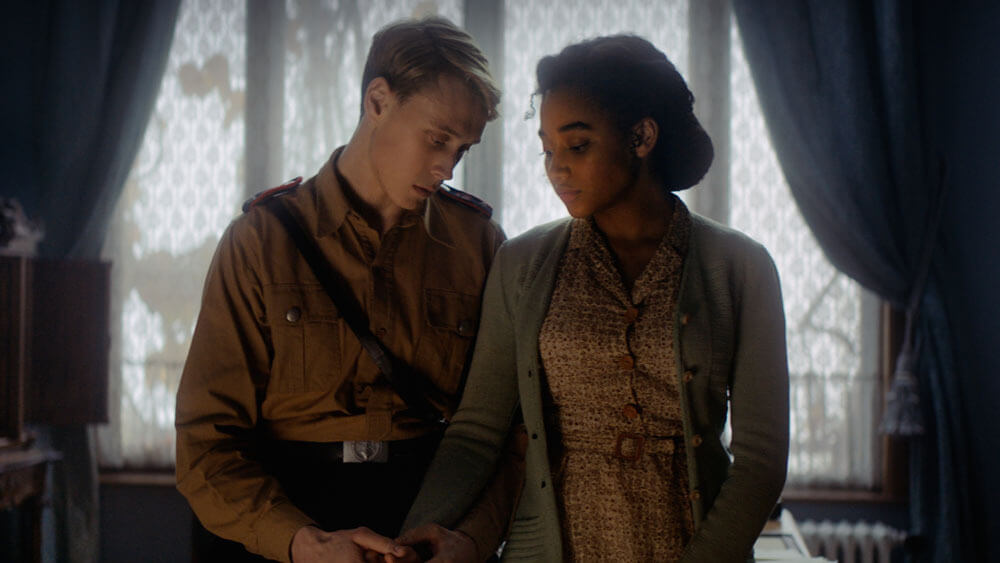 Where Hands Touch is a unique coming-of-age tale told from the perspective of a bi-racial kid who observes the oppression of Jews and others who are viewed as “non-pure.”

The film takes place in Germany in 1944. Leyna, age 15, is the child of a black father and a white German mother. Because of the colour of her skin, she endures constant dread.

Her life is put in danger when she encounters Lutz, the son of a senior SS leader and a representative of the Hitler Youth, which has been required of all Aryan males since 1936. 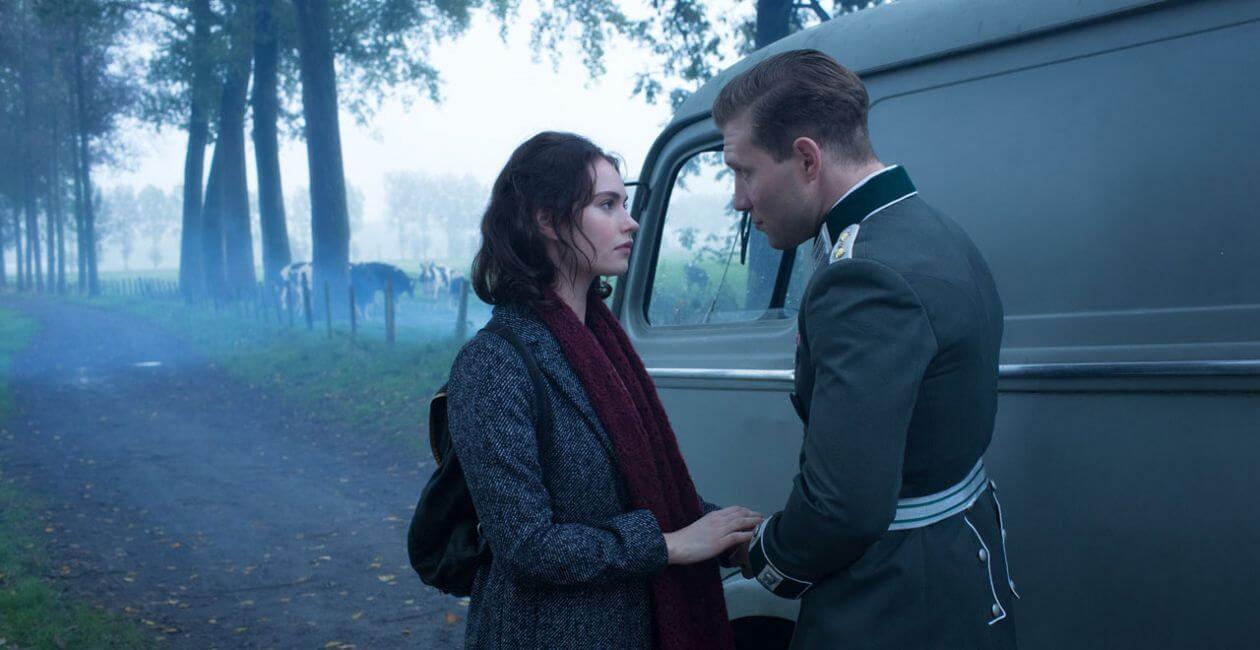 The abdicated German monarch, Kaiser Wilhelm II, spends his time at a remote rural house close to Nazi-occupied Utrecht. He is still seen as a powerful figure and, more importantly, a prime target for murder.

Due to suspicions that a cunning spy is among them, Stefan Brandt, a weary Wehrmacht Captain, is assigned the responsibility of overseeing his security.

In spite of this, Stefan ends up getting into a passionate, covert relationship with Mieke de Jong, the mysterious Dutch handmaiden of the estate, endangering the already explosive and dangerous circumstances.

Can Brandt now save the Kaiser and his unforeseen lover, given Heinrich Himmler’s impending entrance as the ruthless Reichsführer? 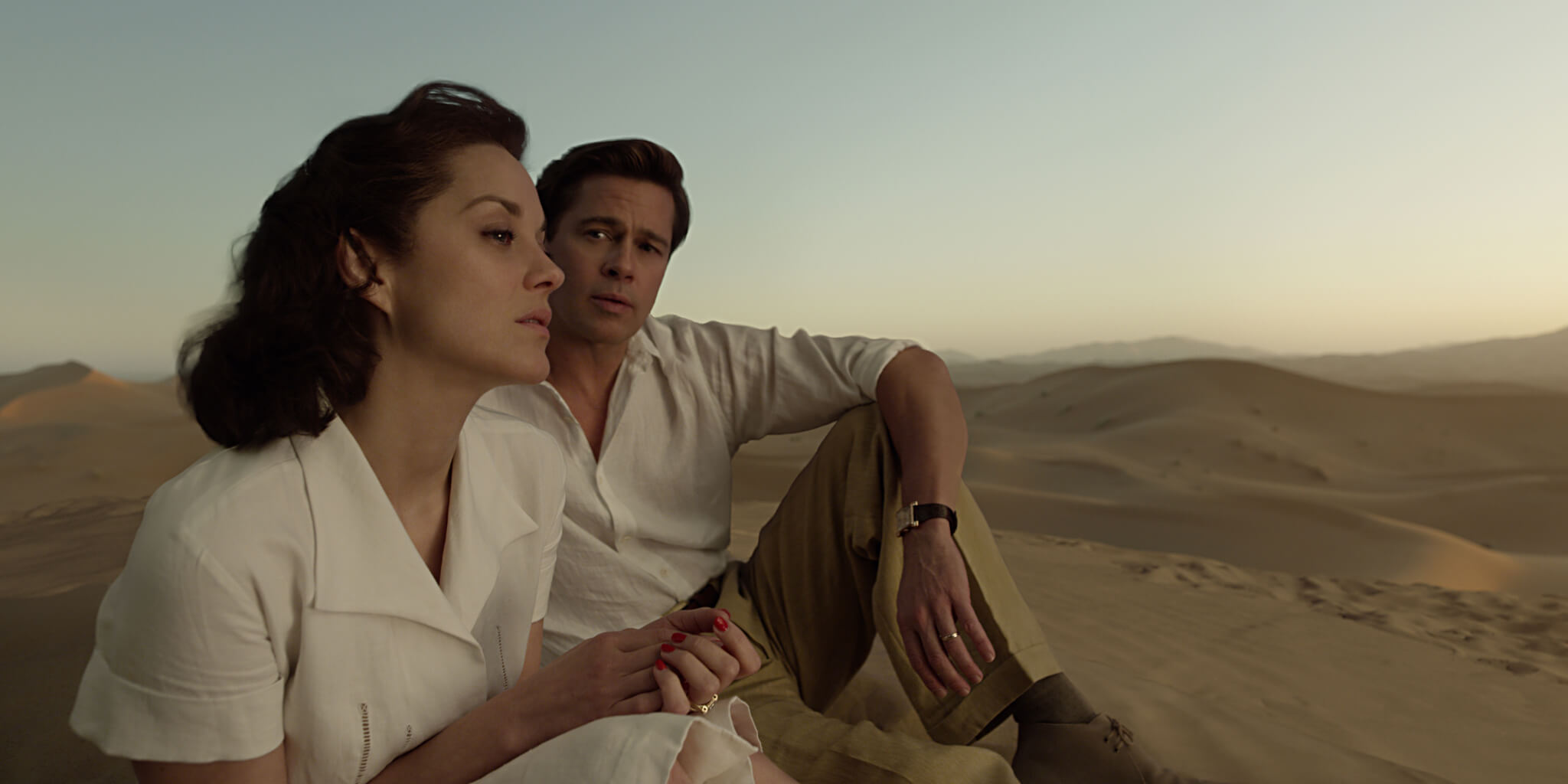 He joins forces with Marianne Beauséjour, a member of the French Resistance who fled France when her resistance squad was slaughtered and corrupted. Having agreed that sentiments can lead to people being killed in their field of business, the two pretend to be married and become closer.

The Germans have faith in Marianne, and she manages to get Max an invite to the event where the killing would take place. Will these two unexpected lovers make it through this ordeal? This is one of the best romantic war movies ever made. 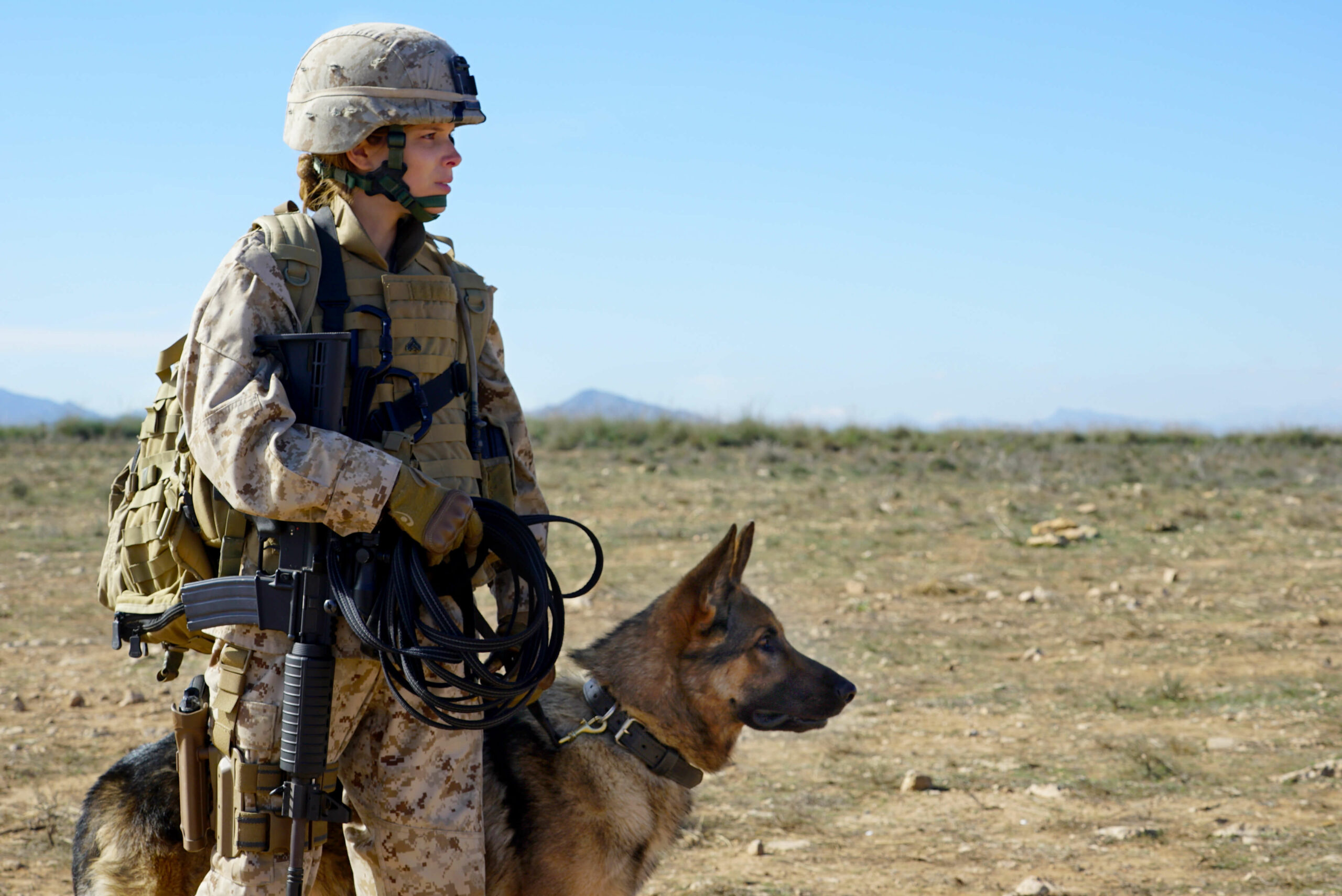 The movie recounts the actual life events of Megan Leavey, a rookie Marine major whose exceptional training and relationship with a combat infantry dog helped save countless lives while serving in Iraq.

After being tasked with cleaning up the K-9 unit during a sentencing committee, Leavey begins to feel a connection to Rex, an especially violent dog that she ends up training.

Before being injured by an IED and having their lives in danger, Megan and Rex successfully accomplished over 100 operations throughout their service. This is among the best romantic war movies to watch if you’re in the mood for a biopic. 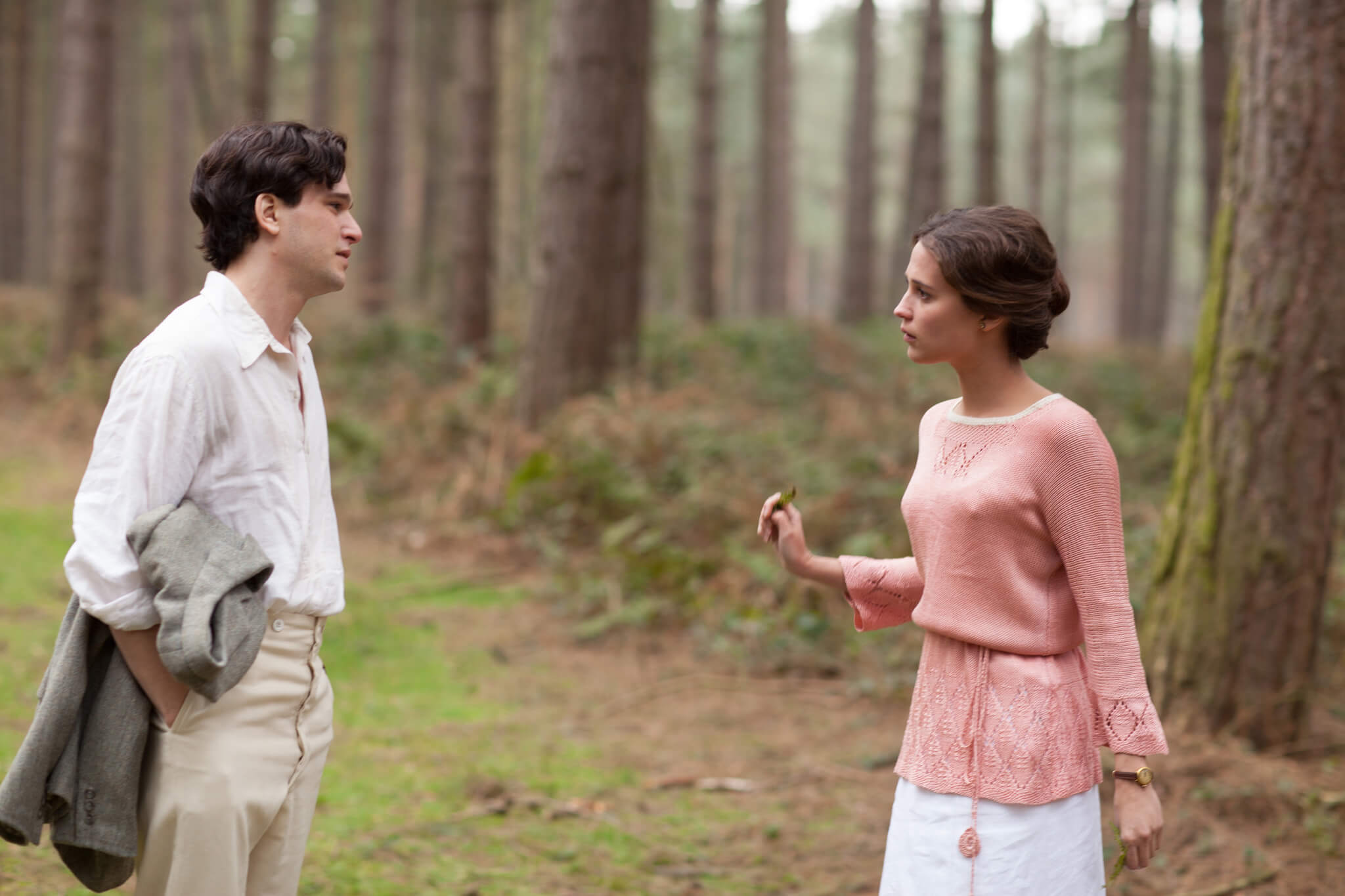 Inspired by Vera Brittain’s First World War book, this stirring story about love, war, and memory has emerged as the standard account of that conflict from the perspective of a woman. The protagonists of Testament of Youth are torn apart by war but brought together by love.

This is a movie about adolescent love, the pointlessness of war, and the ability to make sense of things during life’s most challenging moments. It takes the audience on a painful trip from teenage aspirations and ambitions to the brink of hopelessness and then back again.

This is one of the best romantic war movies to watch with your loved ones. 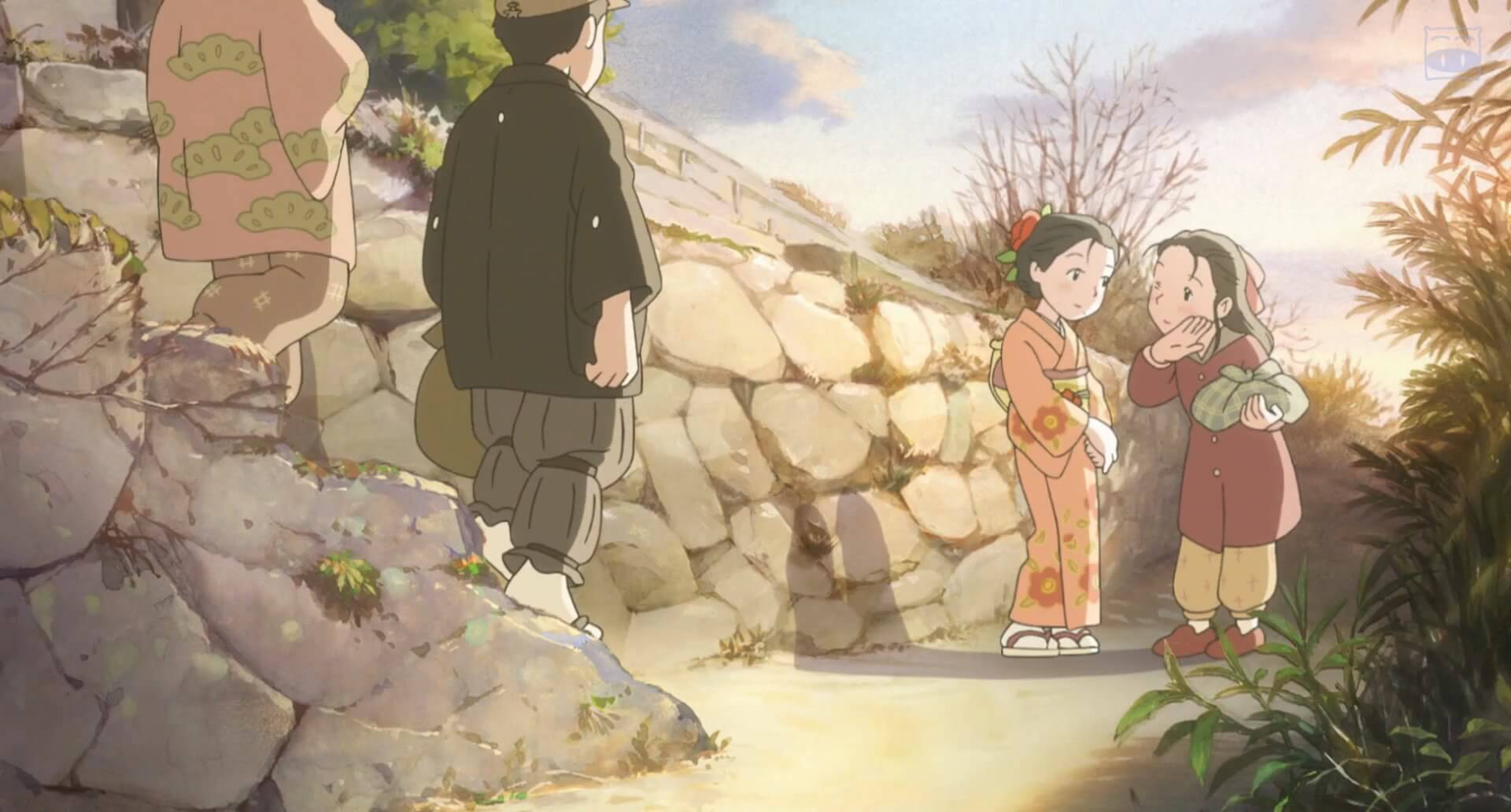 Suzu, a young woman aged 18 from Hiroshima, Japan, marries by arrangement and relocates to the city of Kure, where the Japanese navy has developed a significant military base during World War II. Even though the battle crisis is worsening, she still manages to maintain everyday life for her new family.

She gets lost trying to find her way home one day and runs into Rin, a girl her age, in a red-light area. Suzu and Rin grow close, but Suzu remains concerned about certain secrets Rin may be harboring. In addition, they cannot exist as they do due to the conflict. 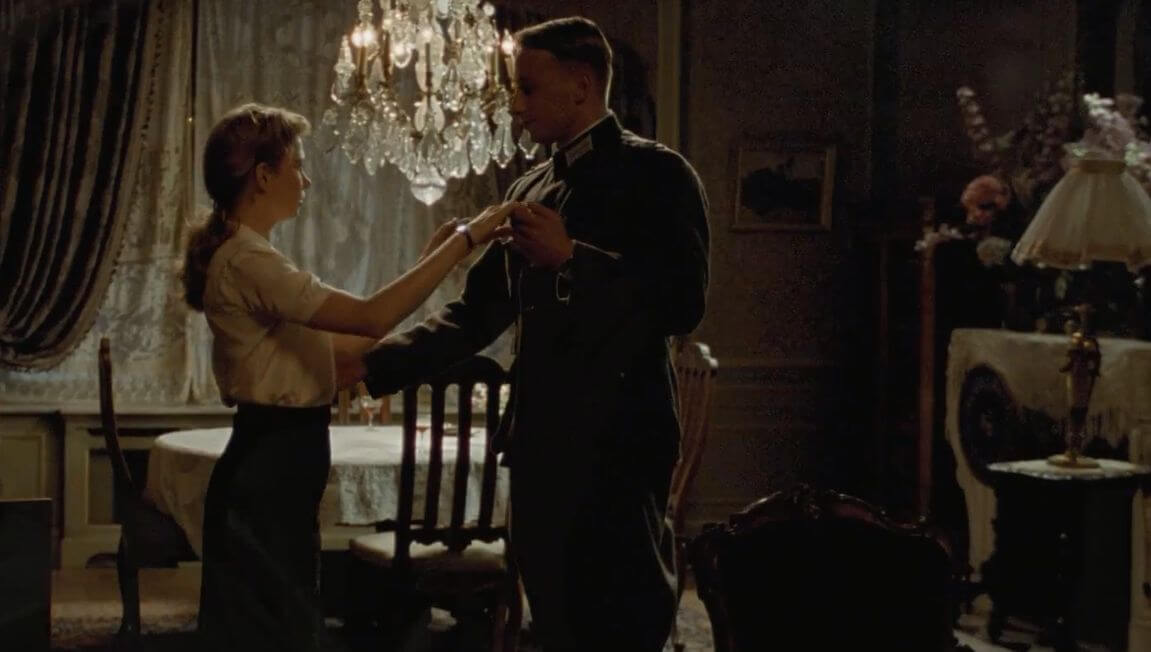 The year is 1940, and the location is France. As they anxiously wait for news about her husband, a captive of war, lovely Lucile Angellier is stuck in an oppressive life with her domineering mother-in-law, Madame Angellier, in the early days of captivity.

Soon after a battalion of German troops moved into the locals’ homes, Parisian refugees begin to arrive in their tiny town. At first, Lieutenant Bruno von Falk, the dapper and affluent German officer living with them, is ignored by Lucile.

They eventually come together, however, due to their intense love, and enter the horrors of warfare. 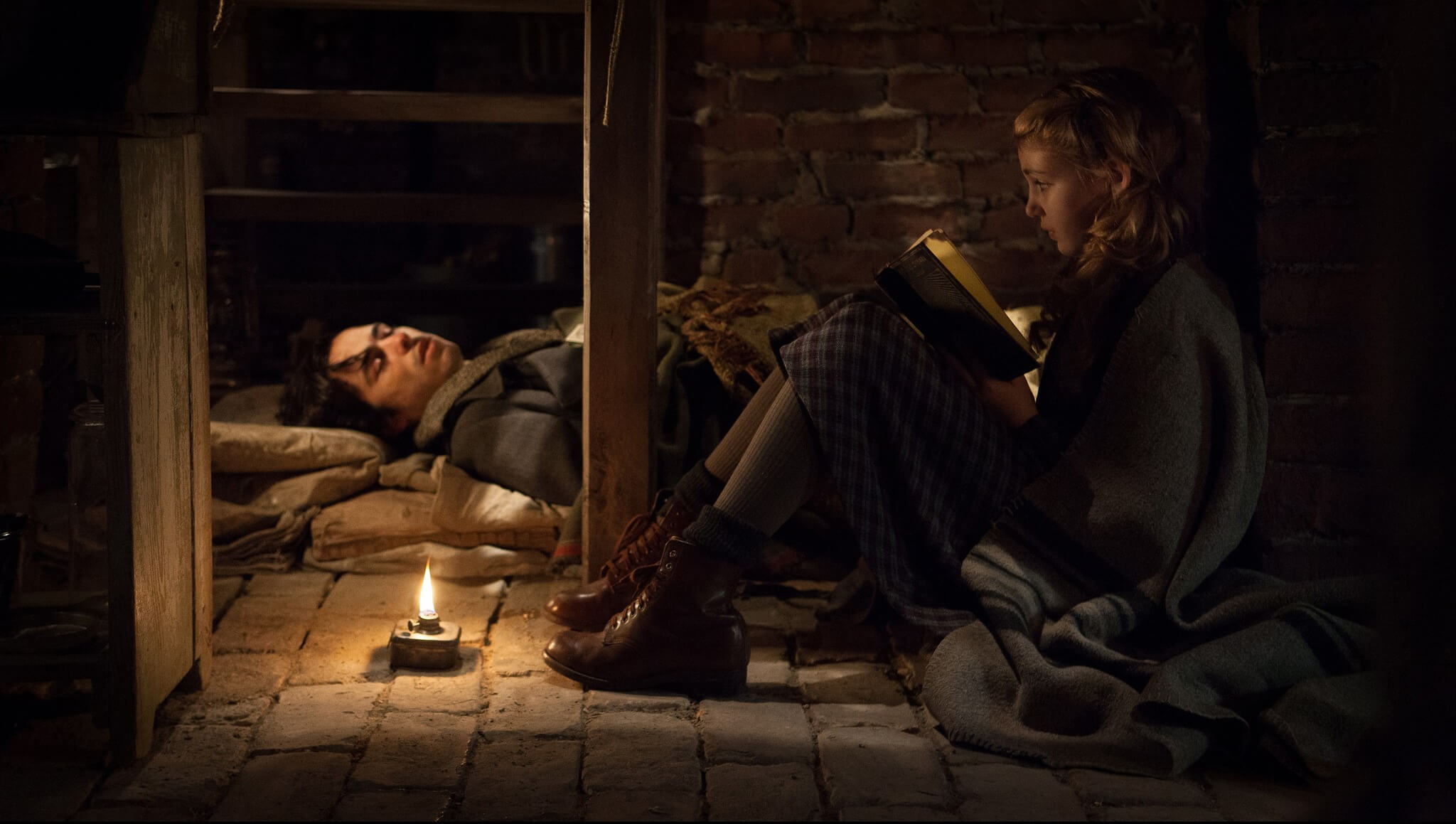 In 1938 Germany, the helpless eleven-year-old Liesel Meminger is adopted by the sympathetic working-class artist Hans Hubermann and his strict but well-intentioned wife, Rosa, following a horrific family tragedy.

In dangerous times, as the Nazis’ hold on Germany solidifies and mass ritualistic book burnings have already started, little Liesel is urged to acquire the ability to read and write by her adoptive father after she is ridiculed for being uneducated.

However, circumstances eventually take a strange turn when the German family provides sanctuary to Max Vandenburg, a mystery Jewish man close to passing away. Will Liesel’s love of language and her unquenchable creativity depict a magical getaway from Adolf Hitler’s oppression? 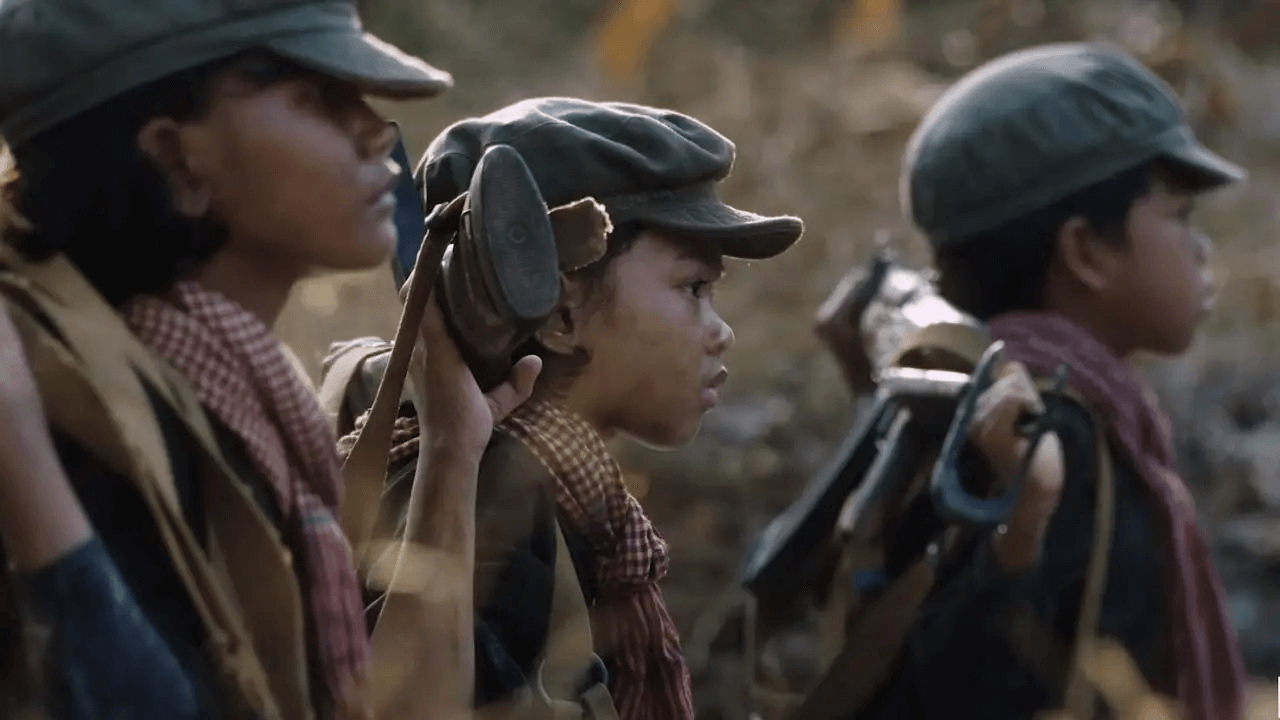 This realistic historical drama is inspired by the book written by Loung Ung, a young survivor of the Khmer Rouge’s atrocities in Cambodia. Loung is seen from the time she was five, when her parents were forced to leave Phnom Penh until she reached nine, which is when Vietnamese forces overthrew the Khmer Rouge regime.

Loung’s father, a former commander in the Cambodian Army, is abducted, and the family is sent to a work camp. Loung and her two younger siblings are sent by their mom to find sanctuary as orphans as famine and sickness take a more significant toll. However, the intelligent and competent Loung is compelled to enroll in training to serve in the Revolutionary Army.

So, there you have it – the best romantic war movies that you can stream right now. We hope this list made it easier for you to decide which war movie to watch. Have fun streaming!