20 Best Movies to Watch on Telemundo in Canada 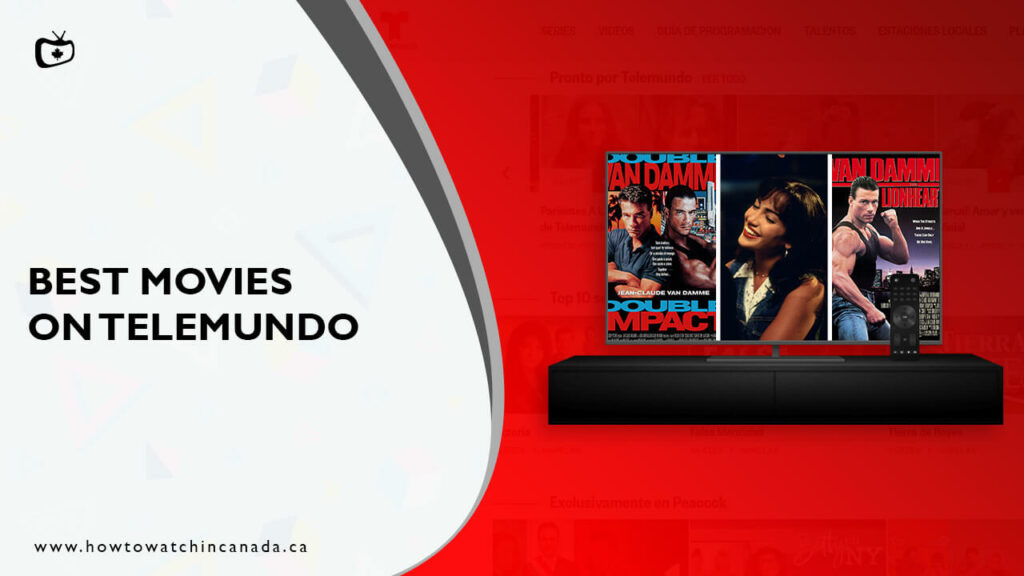 Telemundo is a Spanish streaming service in the United States and is well-known for broadcasting all of its programming’s in Spanish. “Selena,” “Double Impact,” and “A.W.O.L.: Absent Without Leave” are some of the best movies on Telemundo in Canada.

It transmits material targeted toward the people of Latin America, including anything from movies and shows to sports and news. You can get Telemundo through various services, including fuboTV, YouTube TV, Hulu TV, Sling, DirecTV, and more.

For this article, we scoured the Telemundo library for the best movies on Telemundo that are currently available and selected those we think you won’t want to miss.

What movies are on Telemundo which are best to watch

We have gathered the best movies on Telemundo to help you learn which movies are worth it. With no further ado, let’s get started. 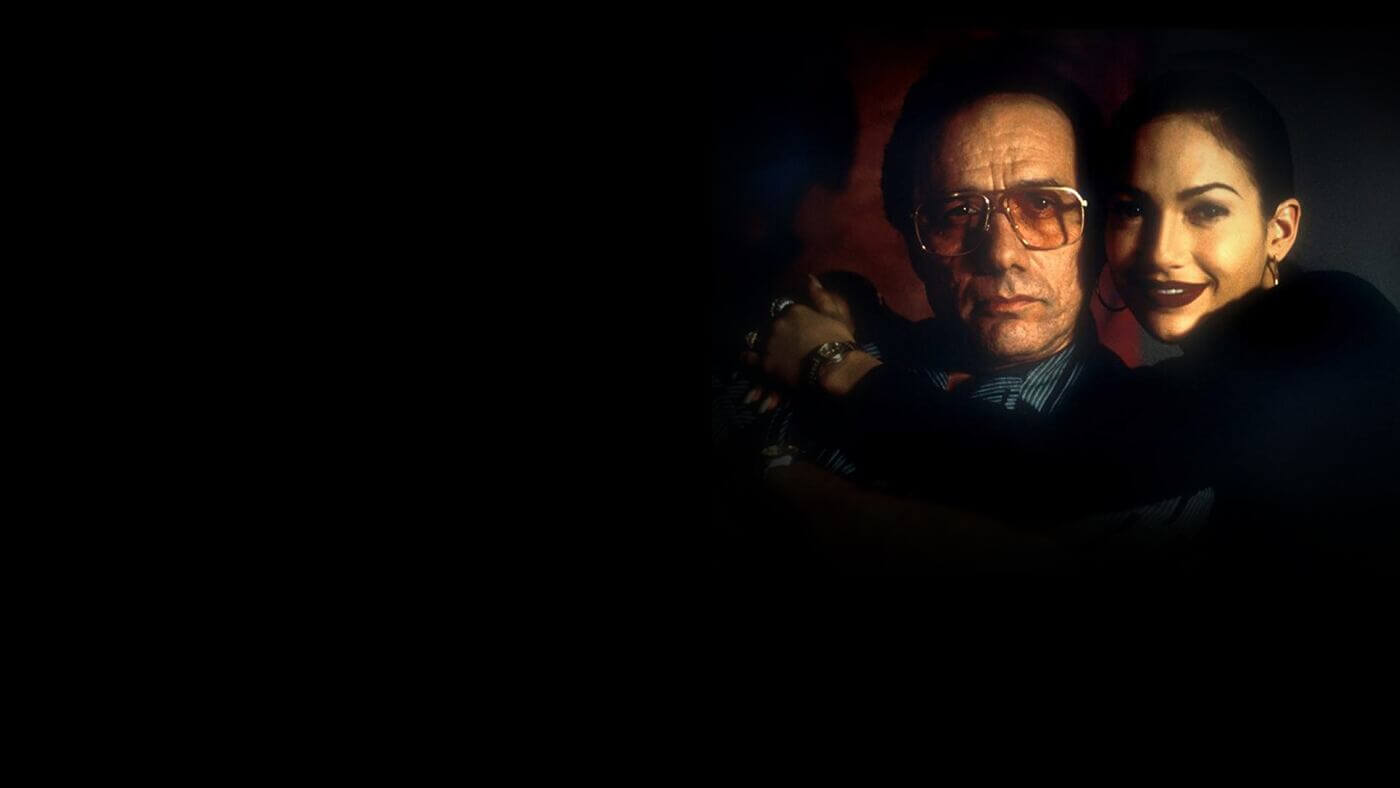 Gregory Nava wrote and directed the 1997 American biographical musical drama film Selena. The film follows the life and career of Tejano music sensation Selena Quintanilla Pérez, from her rise to prominence to her sad death at the hands of Yolanda Saldivar at 23.

Selena Quintanilla is born in Texas into a musical Mexican-American family. Abraham, her father, recognizes his little daughter’s ability and begins performing alongside her in local places.

She achieves popularity and falls in love with her guitarist, Chris Perez, which enrages her father. Seeking popular success, Selena began work on an English-language album, which she would never finish. 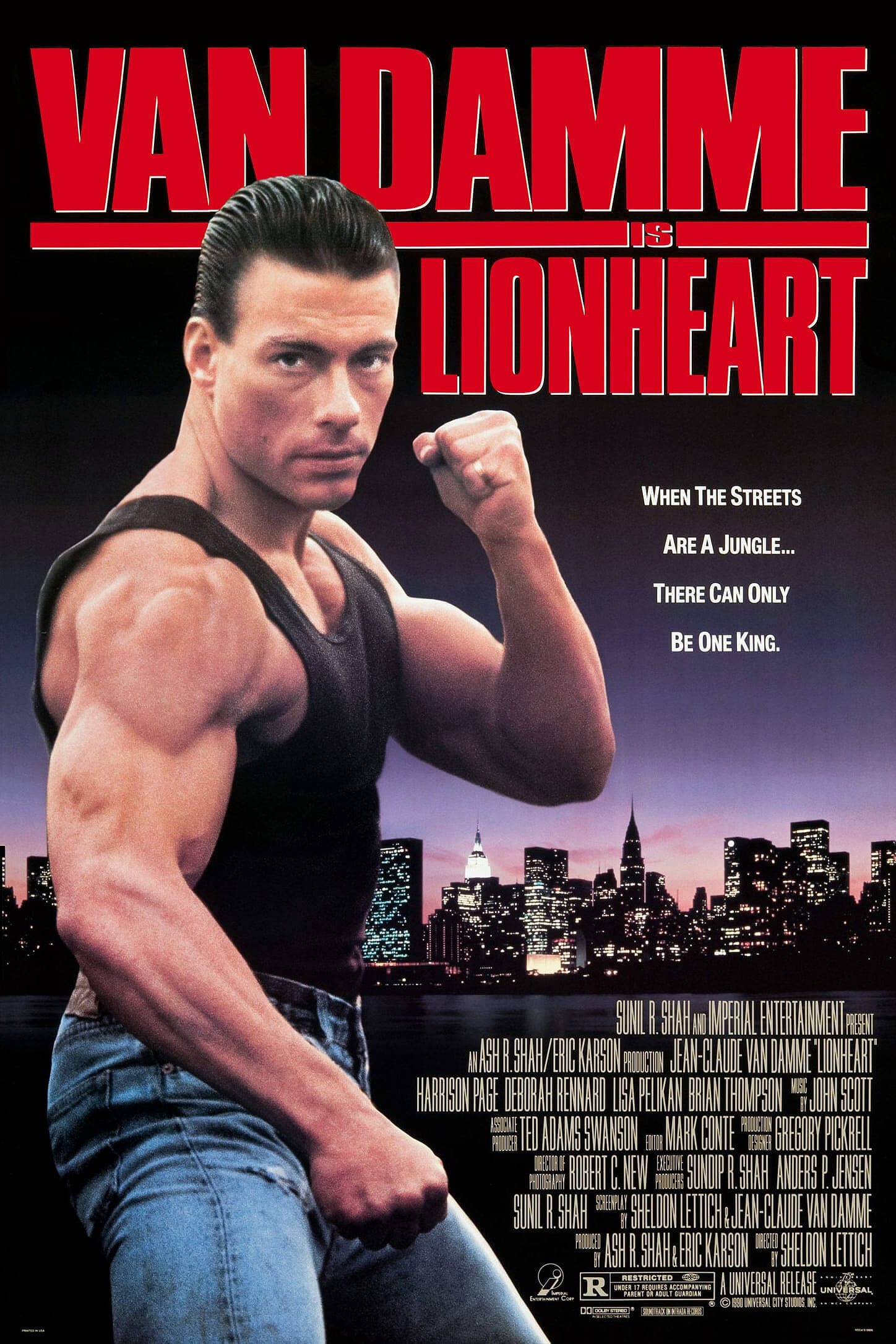 But after his brother is brutally killed, Gaultier abandons his mission and flies to the United States to assist his recently widowed sister-in-law (Lisa Pelikan), who is now attempting to provide for her children but is having a difficult time doing so.

However, the employment market is competitive, so Gaultier decides to take his hand-to-hand combat talents into the dangerous realm of bare-knuckle fighting, where the payoffs are almost as large as the risks. 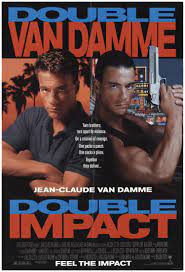 Alex and Chad, twins who have split apart after their parents’ passing, are portrayed by Jean Claude Van Damme in a dual role. While Alex becomes a small-time criminal in Hong Kong, Chad is reared by a family retainer in Paris.

An image of Alex prompts Chad to reunite with him and persuade him that their parent’s murderer is also his rival in Hong Kong. Chad raises Alex’s suspicions, particularly when it comes to his girlfriend. 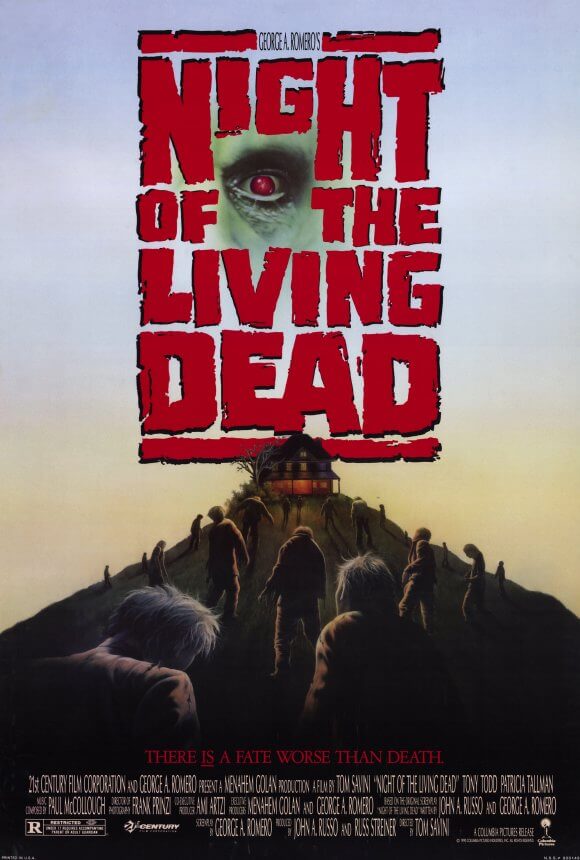 Patricia Tallman, Tony Todd, and Tom Towles starred in Tom Savini’s 1990 American horror movie Night of the Living Dead. It is a remake of the same-titled horror movie from 1968 by George A. Romero. The 1968 script that Romero and John A. Russo initially co-wrote was revised.

Unknown factors are causing recently departed people to emerge from their graves as zombies eager for human flesh. A small band of survivors, including Barbara (Patricia Tallman), Ben (Tony Todd), and Harry (Tom Towles), hide out in an isolated farmhouse as they run from the undead horde.

Tensions rise as the number of zombies outside the home grows, and the gang debates how to best get out of their precarious predicament before they are overrun. 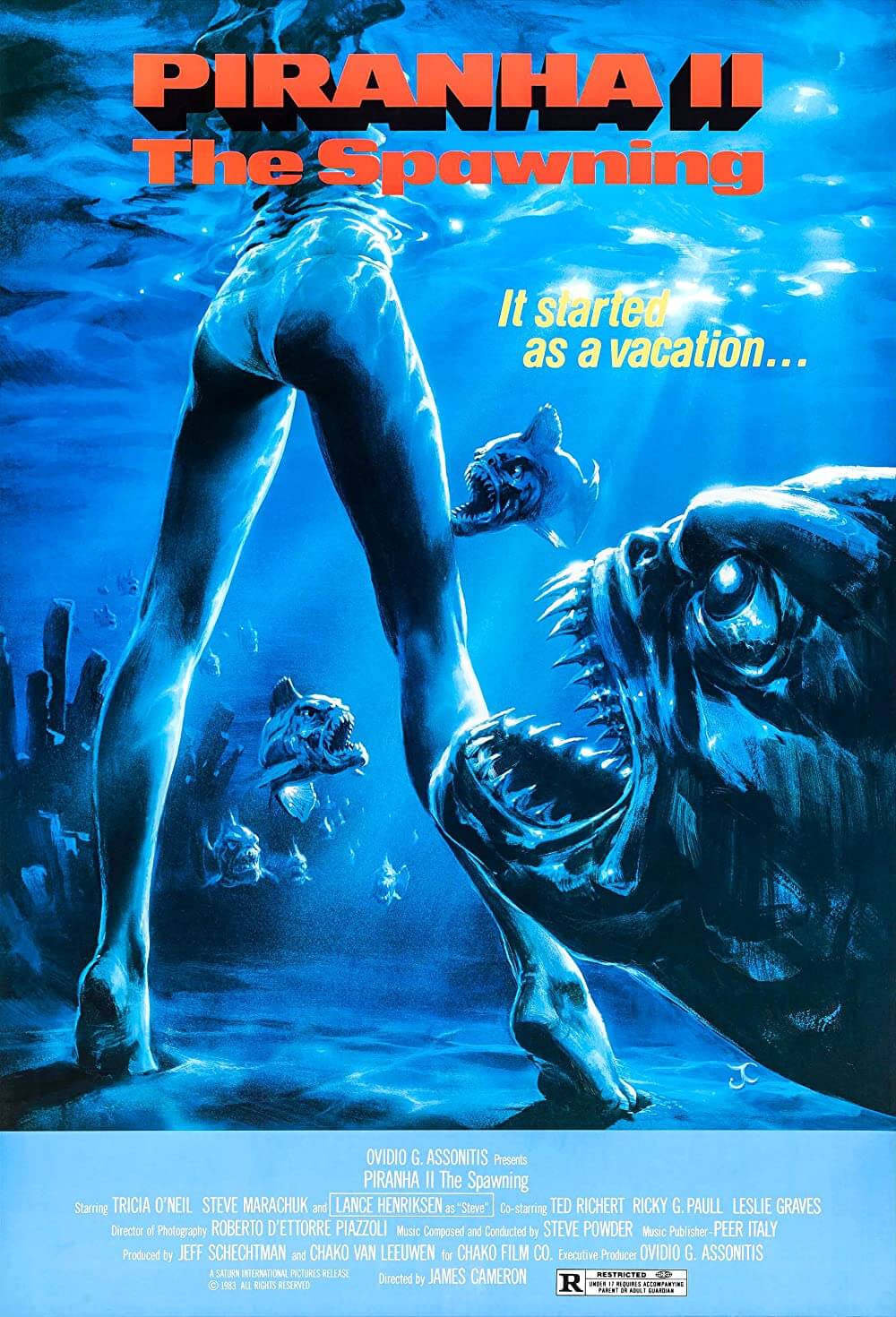 Tricia O’Neil and Lance Henriksen, who would eventually feature in James Cameron’s The Terminator and Aliens, pen the script under the pseudonym H.A. Milton. It is the follow-up to the Joe Dante-directed movie Piranha from 1978, a part of the Piranha film franchise.

A police chief’s ex-husband, a scuba diving instructor, and her biochemist lover attempt to connect a string of odd fatalities to a mutant breed of piranha fish whose home is a sunken cargo ship off a Caribbean island resort. 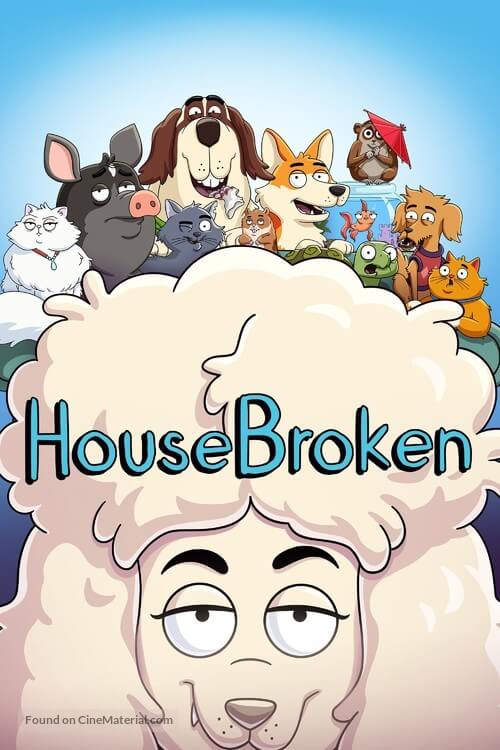 The first episode of Fox’s adult animated sitcom HouseBroken, produced by Jennifer Crittenden, Clea DuVall, and Gabrielle Allan, aired on May 31, 2021. The show’s second season was ordered in August 2021.

An animated series called “HouseBroken” takes a sarcastic look at human conduct through animals eyes. The animals’ quest for purpose frequently sends them on intrepid journeys outside the cozy bounds of home pet life. Standard poodle Honey guides the group and urges them to face their problems.

The animals include Tabitha, an aging Persian cat beauty queen who is attempting to adjust to life away from the cat series circuit; The Gray One, a quick- witted cat who lives with about 30 other cats and has his eye on Tabitha; Chico, a chuonky, co-dependent cat who is an unhealthy relationship with his neglectful owner; and Diablo, an anxious, fearful terrier with OCD tendencies. 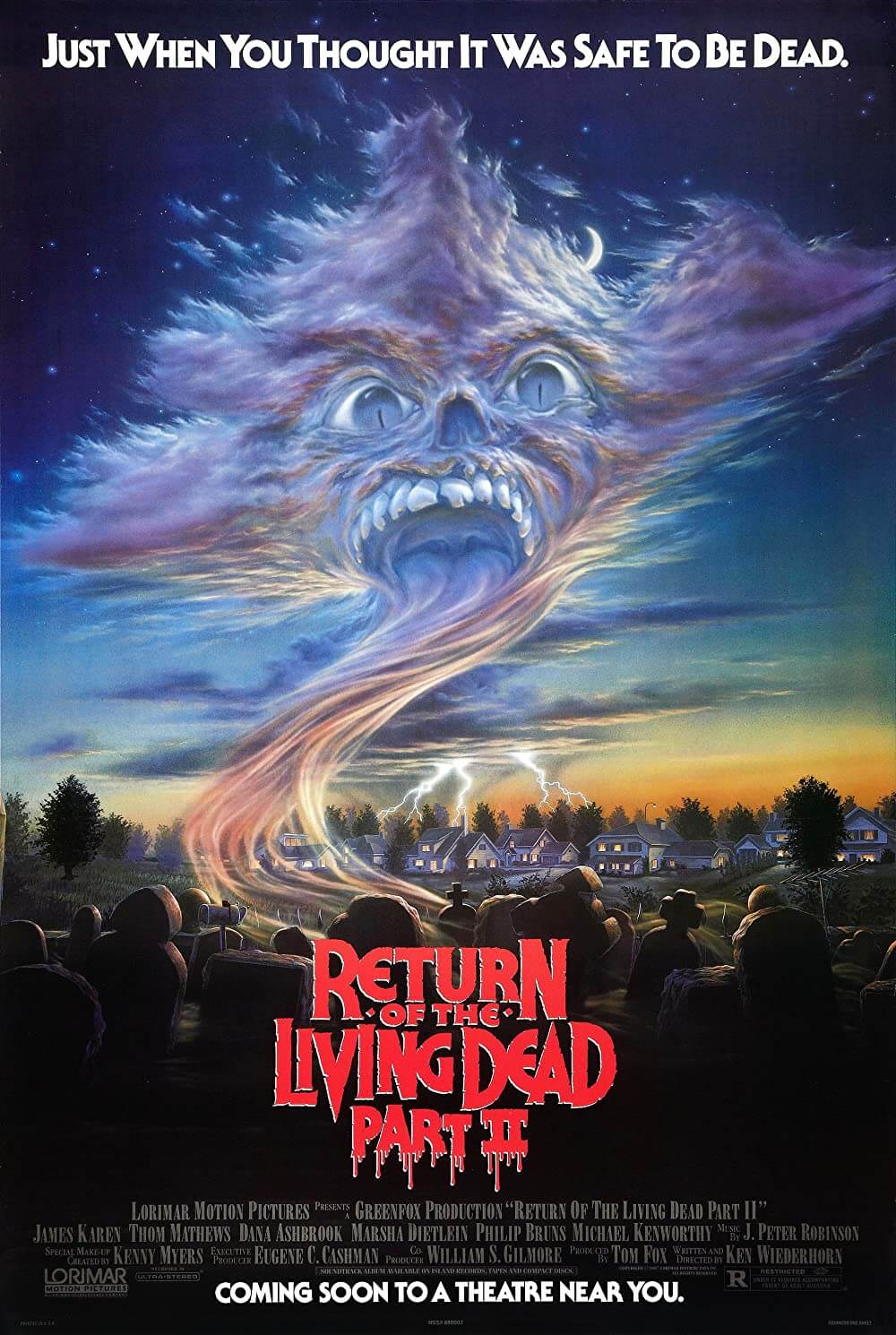 This flesh-eating sequel, which was inspired by George Romero’s zombie trilogy, has the dead being brought back to life by a mystery gas.

The fact that the barrels, which had previously assisted in reviving the dead, were unearthed by inquisitive children demonstrates that the undead may be revived more than once. 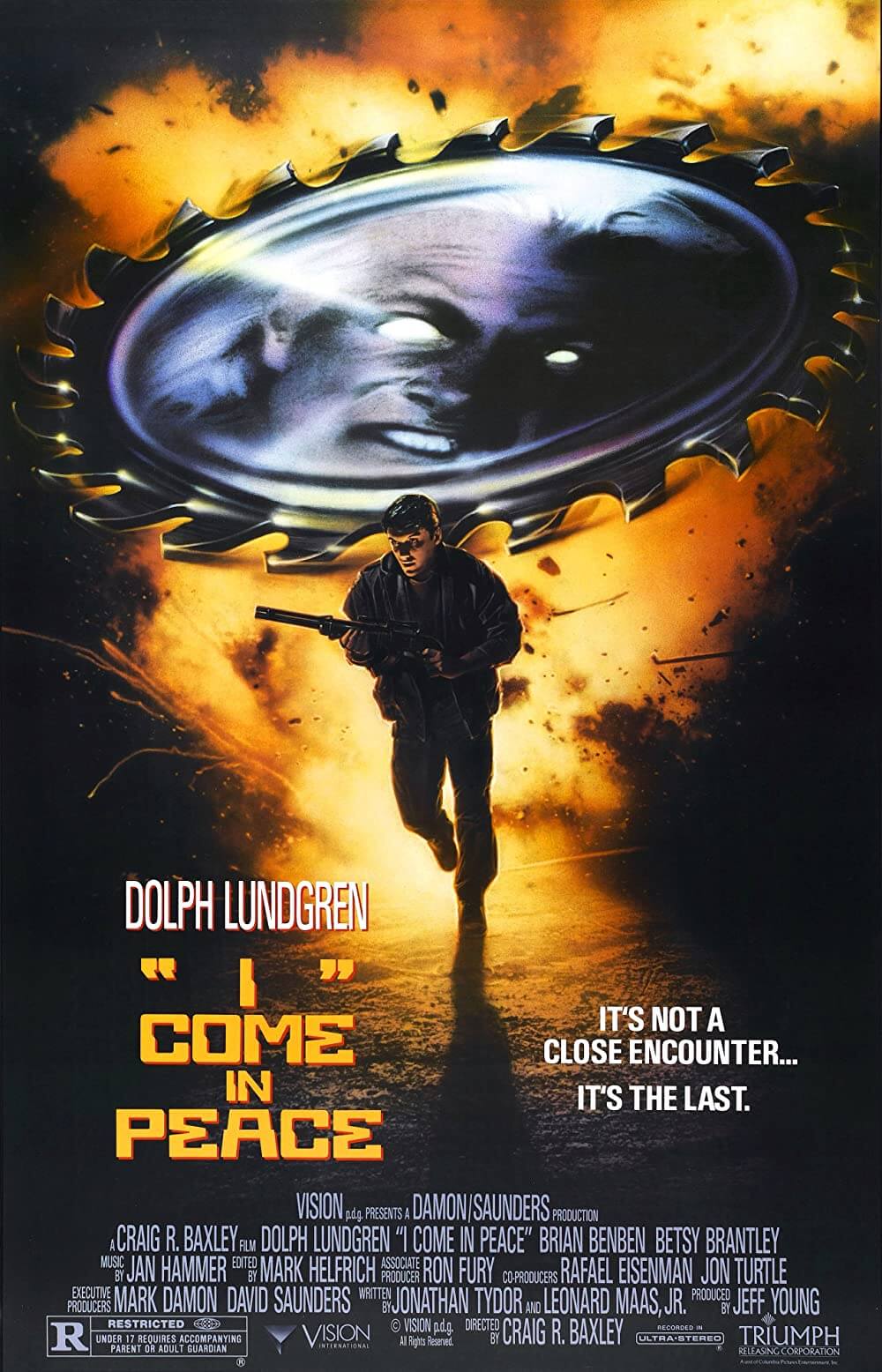 Jack Caine is a Houston vice officer who has misplaced the department’s policy manual. He has made it his personal goal to put an end to the drug trade and to eliminate Victor Manning as the primary suppliery.

His companion was slain as they were taking part in a covert operation to try to catch Victor Manning, and then an ominous new character appeared in the story… 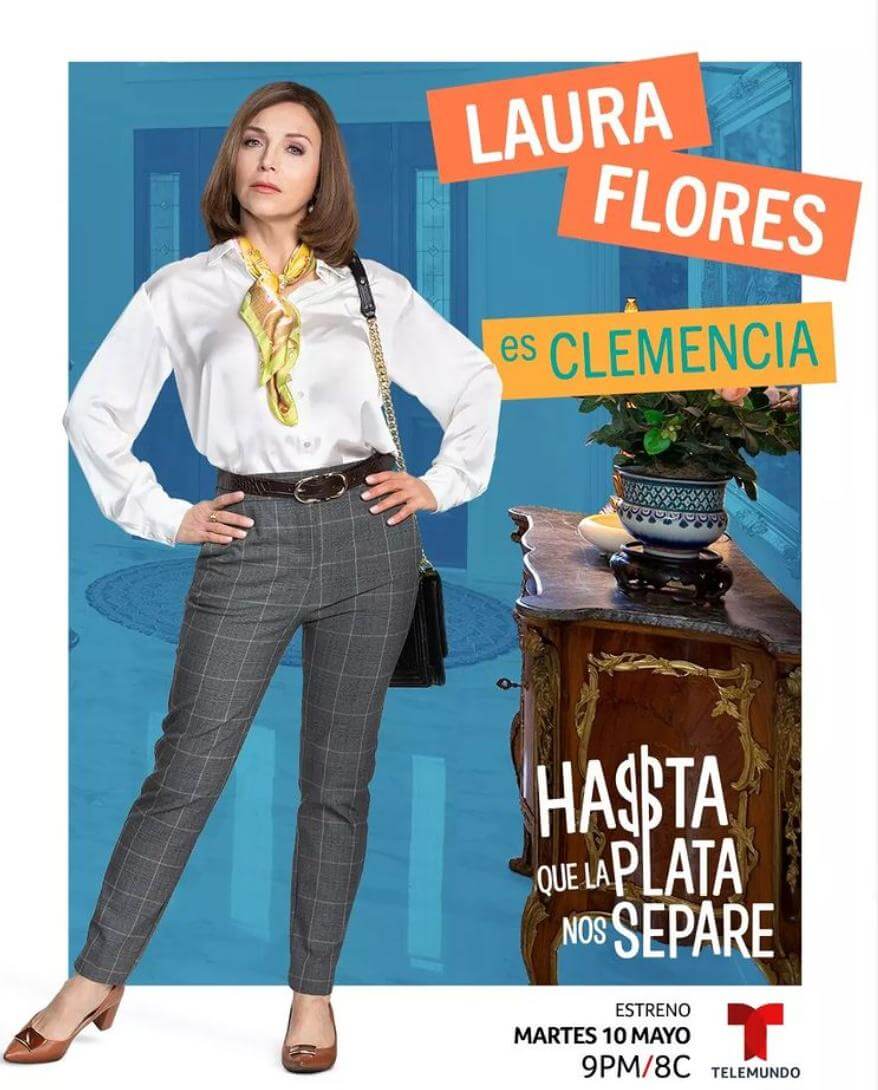 Two strangers, Alejandra, an affluent corporate executive, and Rafael, a poor salesperson, are involved in an automobile accident that alters their lives and affects their destinies. Mo’ Money is a romantic crime comedy film that was released in the United States in 1992. Peter Macdonald directed the film, while Damon Wayans, who also appeared in the film, wrote the screenplay.

A con artist tries who is trying to straighten out his act and finds a job working for a credit card business. He takes a few of cards without permission, but other than that, everything are going swimmingly for him.

He even falls in love with a coworker. However, not long after that, the head of security forces him to join the major leagues of crooks… 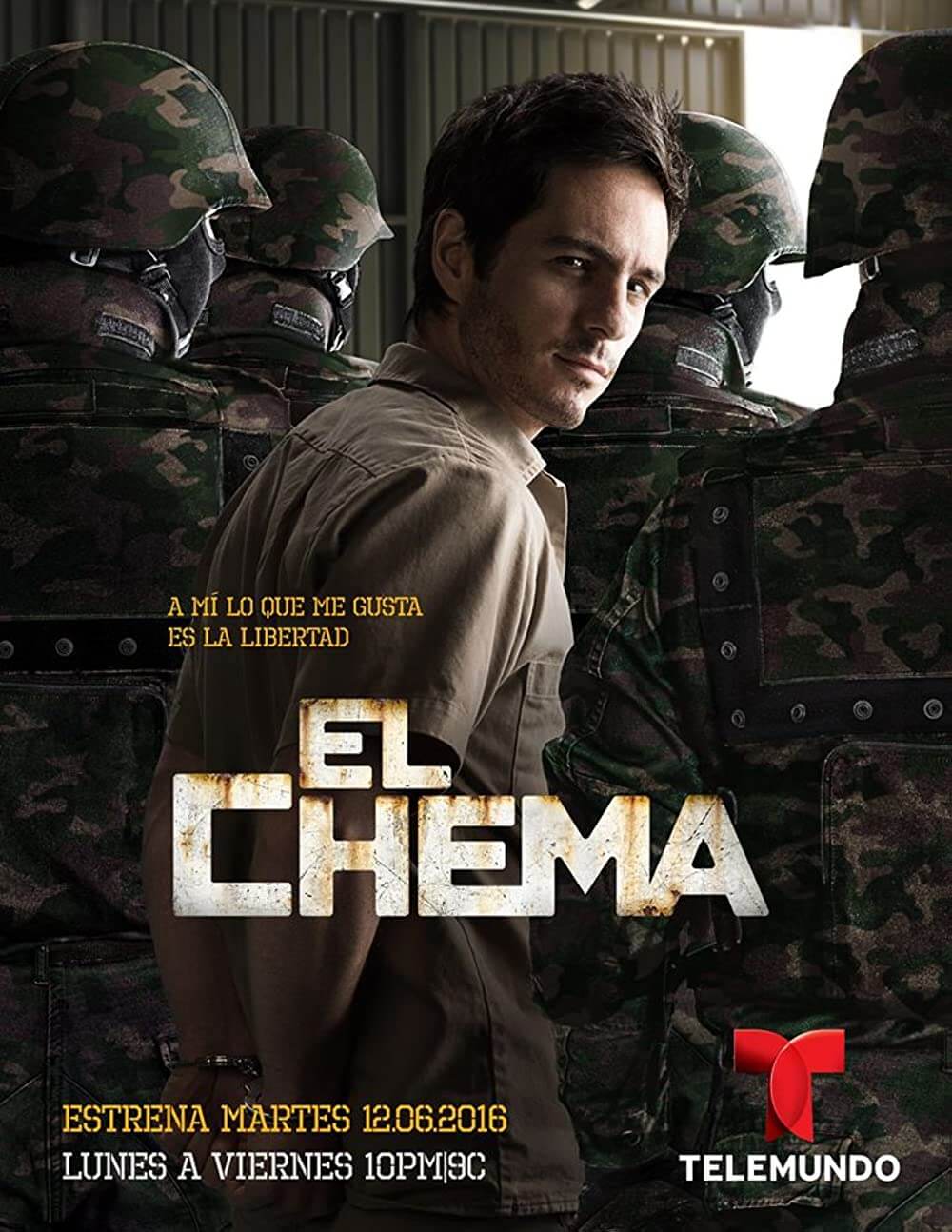 El Chema is an American criminal drama television series that debuted on Telemundo on December 6, 2016, and ran until April 3, 2017, when it was canceled. The series is produced by Argos Comunicación and Telemundo Studios for Telemundo.

The man who has been the most significant and significant figure in the history of Narcos. He revolutionized the smuggling business with his daring break-outs and novel approaches to the trade. 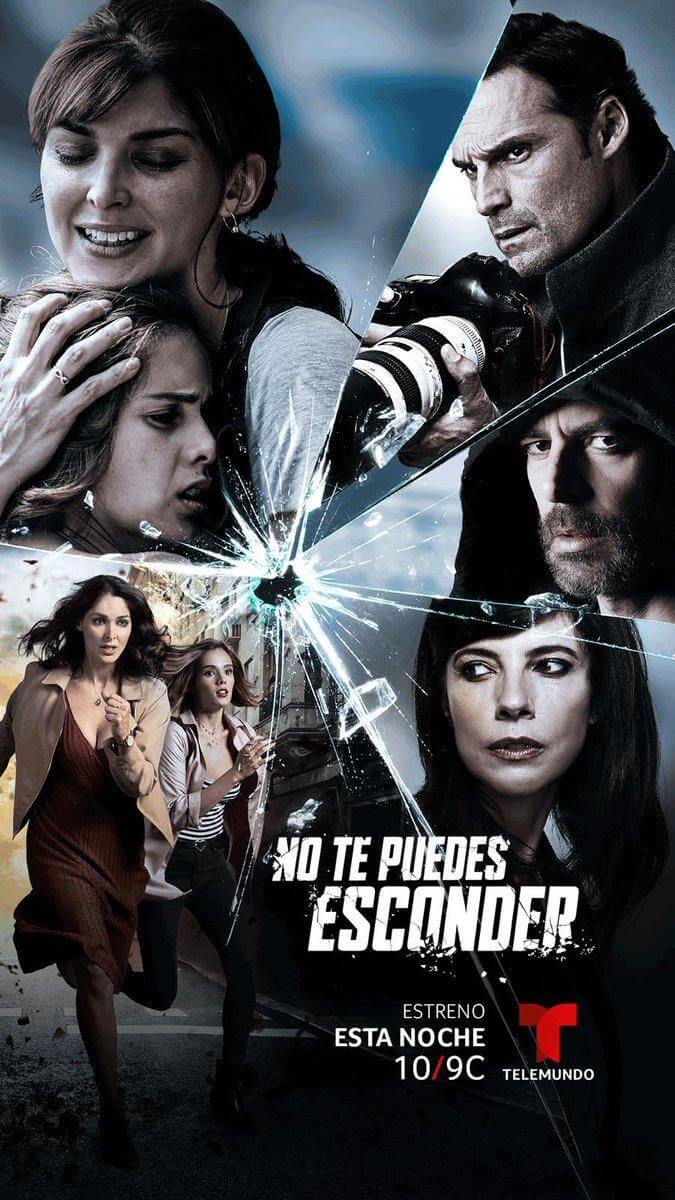 No You Can Hide is a Spanish-language television series created by Isla Audiovisual for Telemundo that is available on Netflix globally. Ten episodes make up the Spanish-filmed television series. 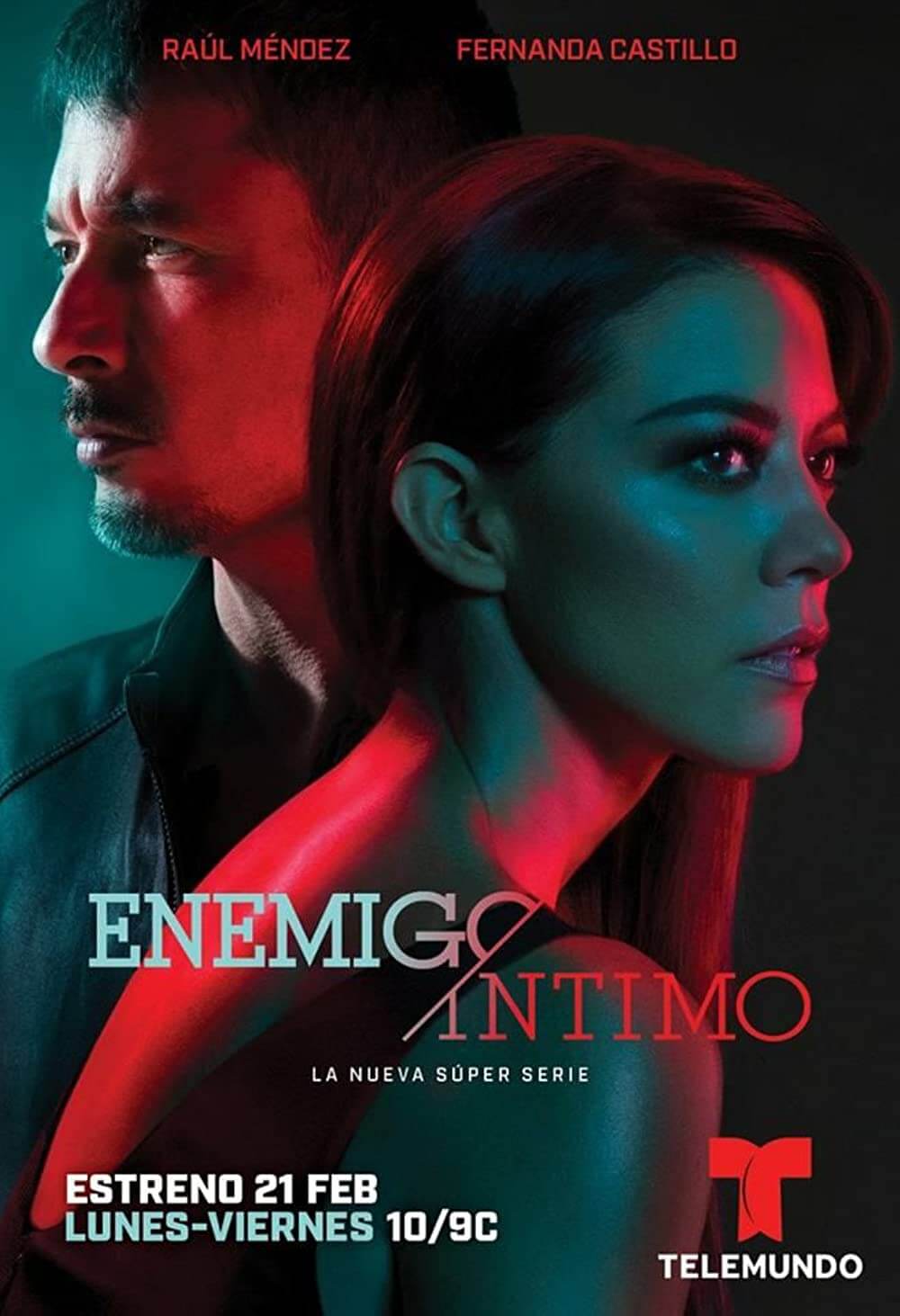 A sad event caused a brother and sister to be split up at an early age, and they did not find each other again until many years later, when they were on opposing sides of the law. 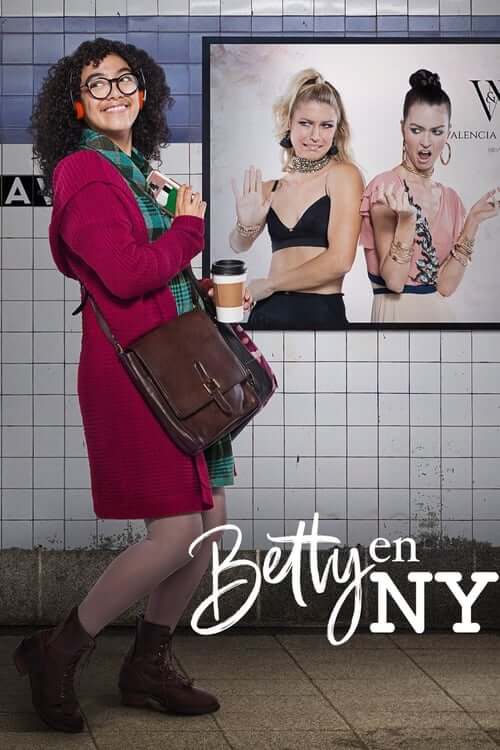 Based on the 1999 Colombian telenovela, Betty en NY is an American telenovela created by Telemundo Global Studios for Telemundo.

Betty is a young Latina living in New York who, after being turned down for several a number of jobs in the fashion business, settles for one that is below her abilities.

During In the the midst of the glitz and the business, in the middle of the battle between the lovely and the ugly, Betty matures and finds herself confronted with the most significant greatest obstacle of her life obstacle: love. 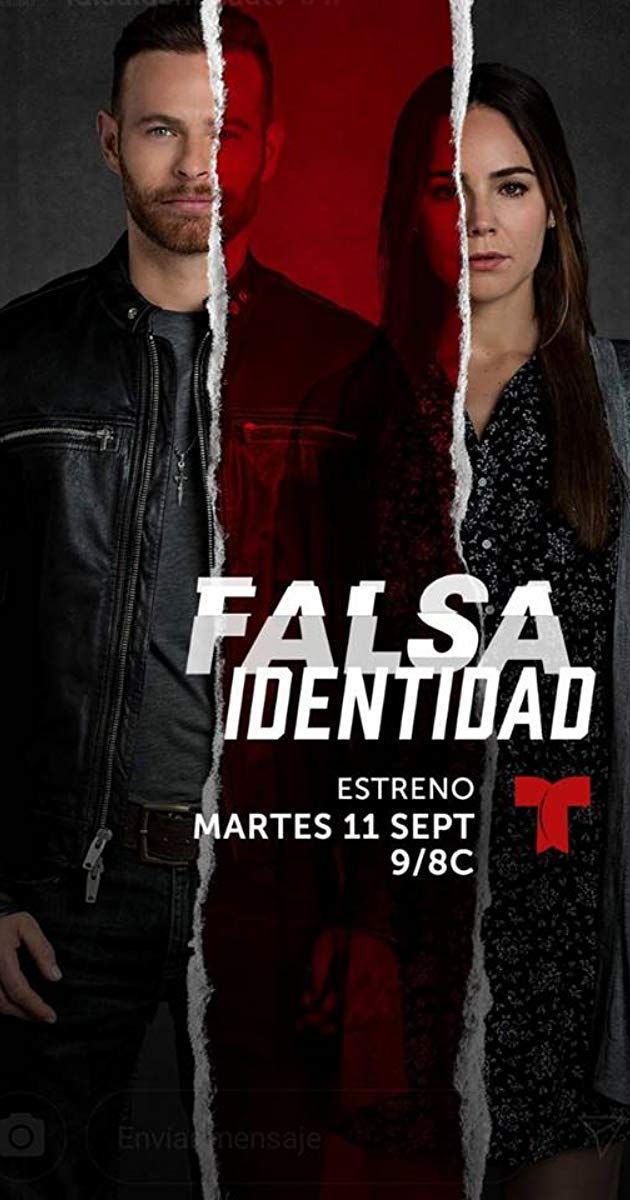 Camila, a woman who was a mother to two children, disappears after assuming a new name. During their journey across the border together as a family, Diego, Camila, and her children are matched up.

Diego is a con artist who is involved in high-stakes criminal behavior, such as breaking into a pipeline that supplies gasoline to an oil refinery in order to steal fuel and then reselling it at a much- reduced price. 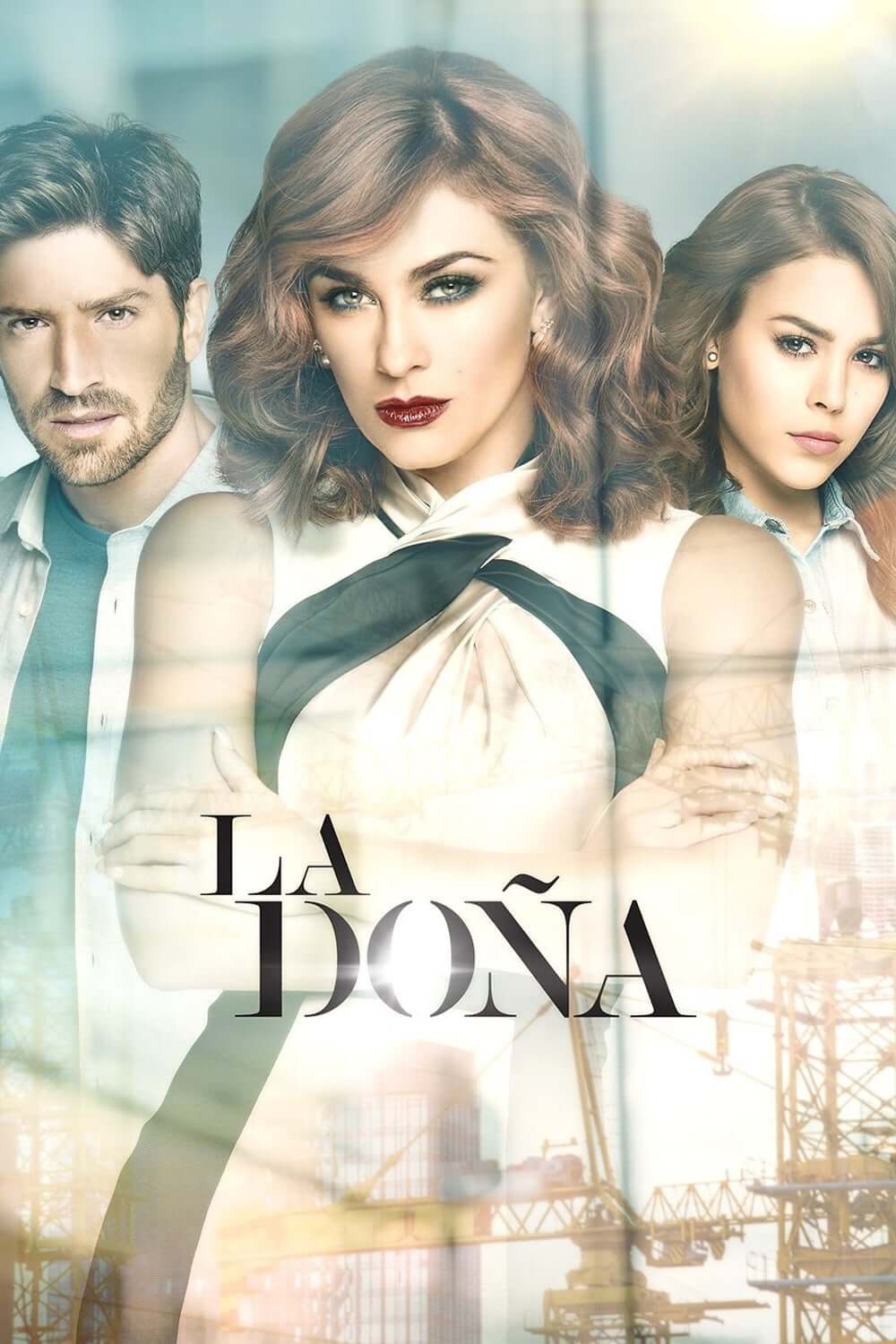 La Dona is an American drama television series that is shown on Telemundo. The show was developed by José Vicente Spataro and films all of its episodes in Mexico.

A tale of retribution and ambition, seduction and betrayaltreachery, all of which are recounted from the point of view of a lady named Altagracia who has been wronged and mistreated.

Altagracia is a symbol for the hundreds of thousands of Mexican women who have fallen victim to the violence committed by nameless males who are shielded by impunity.

Altagracia is a member of the Mexican women’s movement. But Altagracia, now reborn as the fierce and cruel man-eater known as La Dona, will track down each and every one of these men in order to bring them to justice. She will do this by searching for them. 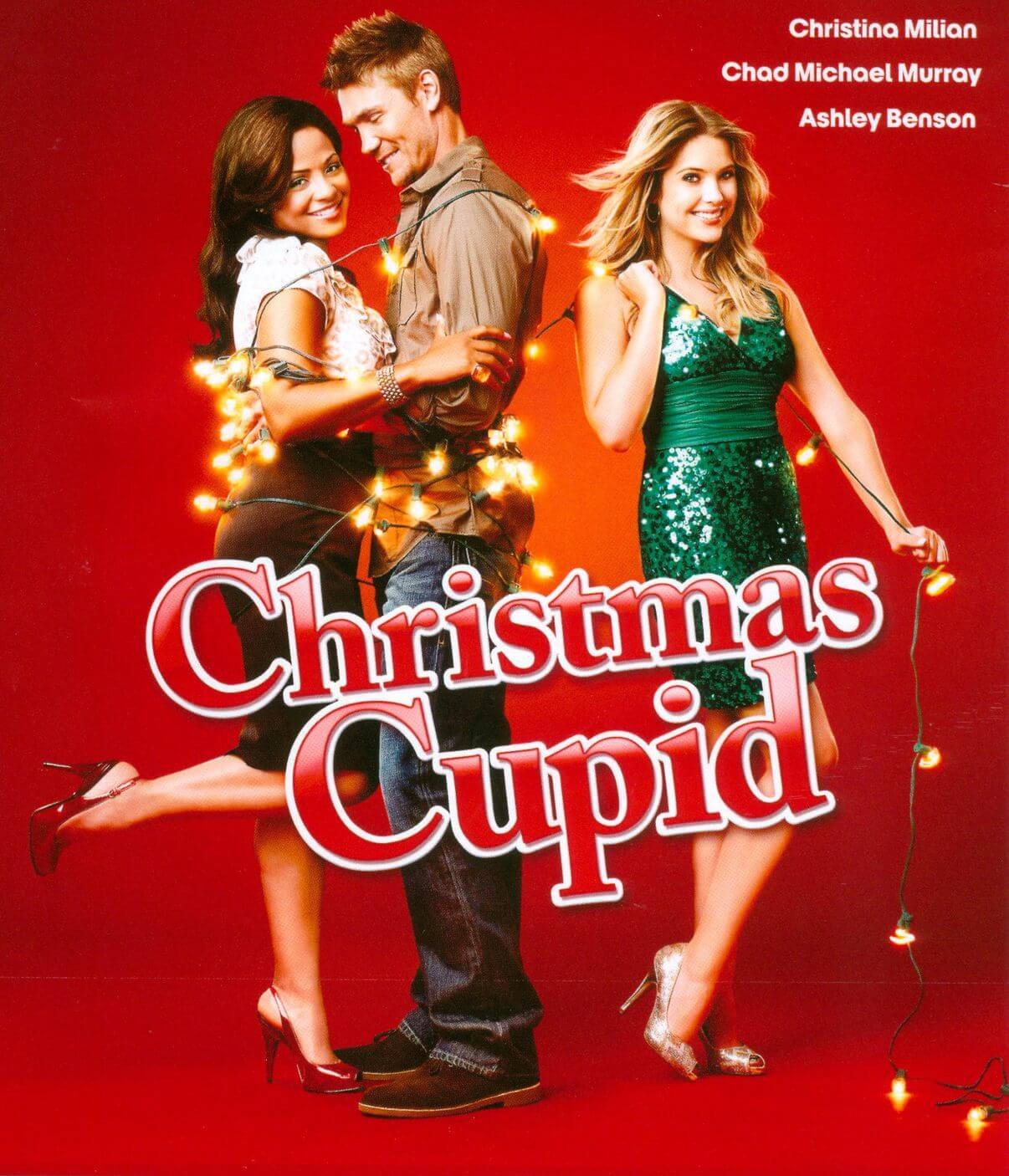 Christina Milian, Ashley Benson, and Chad Michael Murray feature in the Gil Junger-directed television movie Christmas Cupid. On December 12, 2010, it made its ABC Family debut as a part of its 25 Days of Christmas programming block.

A spooky comedy in which a cutthroat public relations executive is compelled to reevaluate the decisions she has made in her life, which happens after the sudden passing of her most important client over the holiday season. 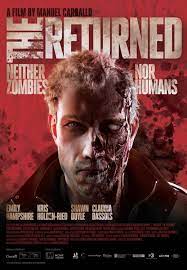 The narrative of a Wayuu girl who escaped the massacre of her people in Baha Portete from the Colombian Guajira is told in the Venezuelan film El Regreso, which was written and directed by Patricia Ortega. As a result, she is forced to develop in a foreign environment. 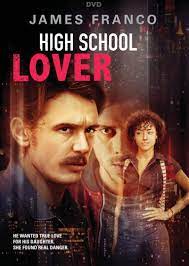 After sneaking into a private Hollywood party at an underground club and falling in love with Christian Booth, a famous actor who is nine years older than she is, Kelly Winters, a 17-year-old high school senior, her father, Rick, who is also a cinematographer, tries to intervene before the crush starts to turn into a dangerous obsession. 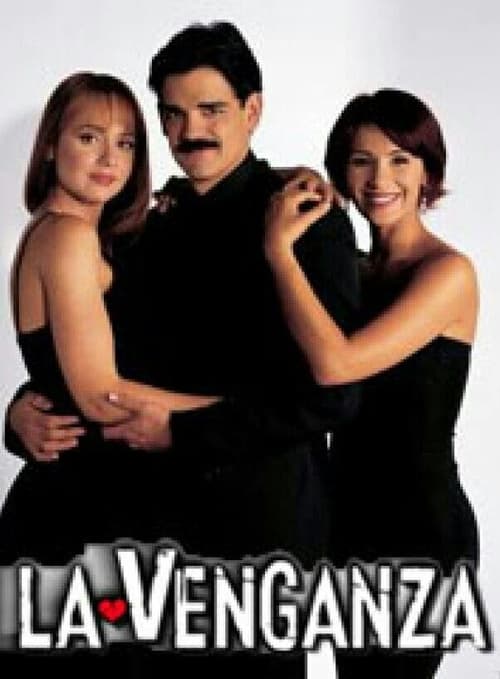 After seeing a scenario during her sister Grazzia’s wedding between her husband Luis Miguel and Helena Fontana, who has a heart issue, she passes away. Valentina, a female boxer who competes in illicit fights for gangster Fernando Valerugo, is fatally struck in the ring in the meanwhile.

Valentina’s body is magically inhabited by Helena’s spirit, allowing giving Helena the opportunity to exact revenge on those who betrayed her.

However, she will reveal several mysteries along the way, one of which is that her presumed-dead daughter is actually alive.

Telemundo is a streaming platform established in the United States that offers a large selection of movies and TV series. We’ve highlighted some of the best movies on Telemundo movies that are available in this post.

But you must know that this list of best movies on Telemundo is just a small part of its whole library. If you explore the rest of their website, you will see that there are many more.

In fact, the selection of great entertainment movies and shows that are available to watch on Telemundo is constantly being expanded.

Now you can get the greatest movie options, through out the classics and latest movies like “La Suerte de Loli” and “Malverde: El Santo Patrón”.

With Telemundo in Canada, you can now enjoy watching these Spanish movies but don”t forget to use VPN to help you watch the best movies on Telemundo.