20 Best Action War Movies to Watch in Canada! [Most Updated] 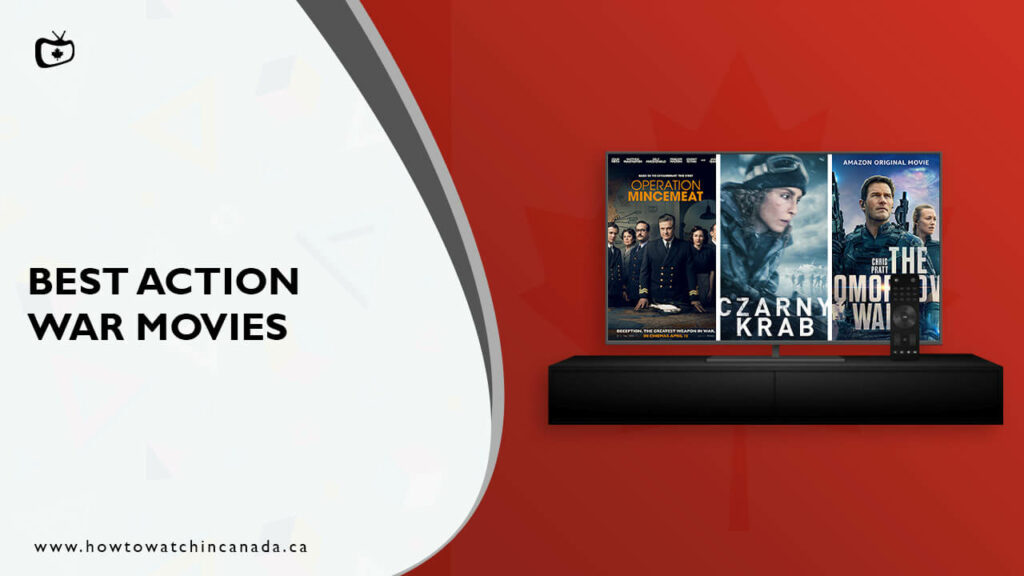 Time to switch your screen to some unique and exciting content! Wondering what it could be? For some, it’s the best action war movie, and we know that casually romantic, drama, classics, and anime movies have bored you to the core.

Understanding your craving for something different, we have brought you various movies to select from. We reckon these movies will give you goosebumps and an adrenaline rush.

The tales of valor, dedication, gallantry, selflessness, sacrifice, courage, and resistance for sacred reasons will leave you glued to your screens.

The movies on our list are absolute treats to watch. There are many best war movies in Canada, but these are the best of the best action war movies realistically shot and cinematically displayed.

Without further ado, we reveal to you the list of the best action war picks that will leave you in awe and admiration.

What Are The Best Action War Movies To Watch In Canada?

Following is the curated list we have compiled for you to easily find out what are the best action war movies you can watch in Canada. 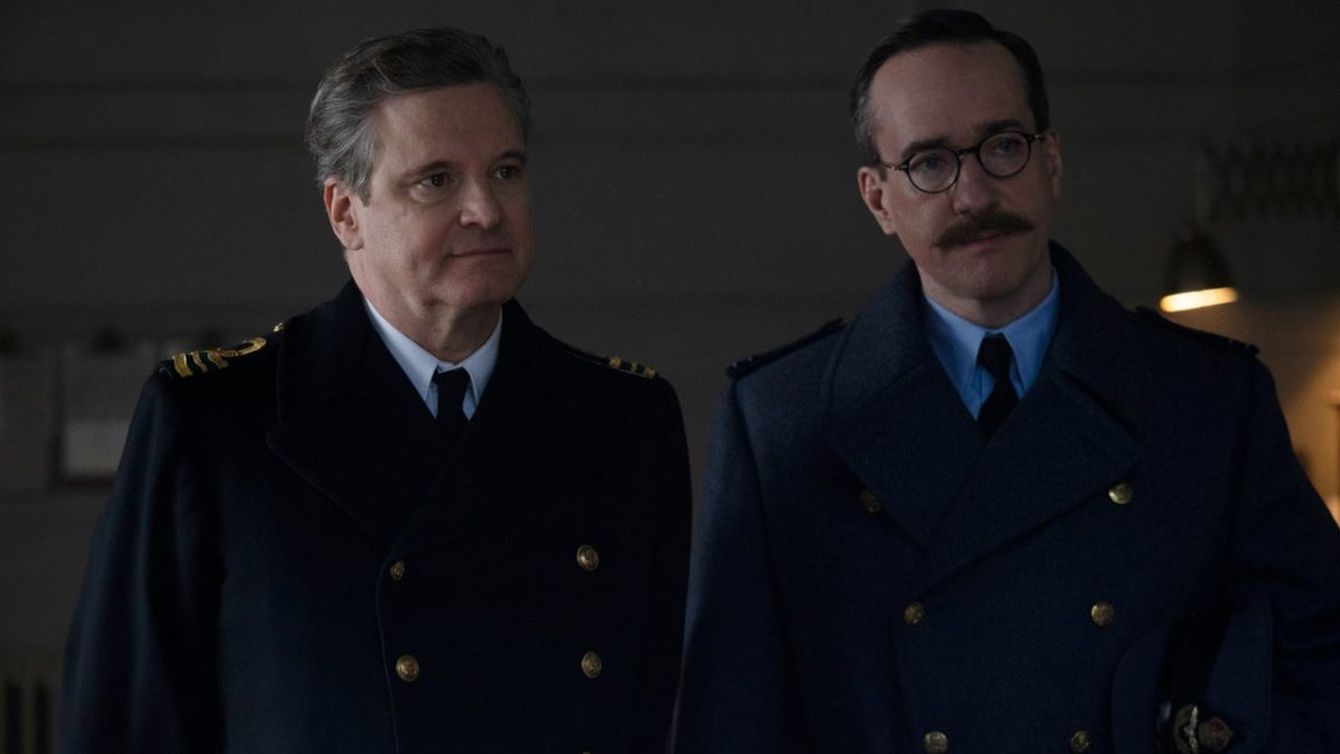 Depicting the World War II narratives, Operation mincemeat is a story blending many unique and nail-biting elements. Featuring the off-screen soldiers, the tale is about them fighting another sort of war undercover that aids success on the actual battlefield.

The movie executes the fusion of a great fictional piece with romance, thrill, humor, unexpected fun, and never-ending surprises.

The series of events is indulgent enough to declare Operation Mincemeat one of the best action war movies. You can also check the list of best action movies in Canada. 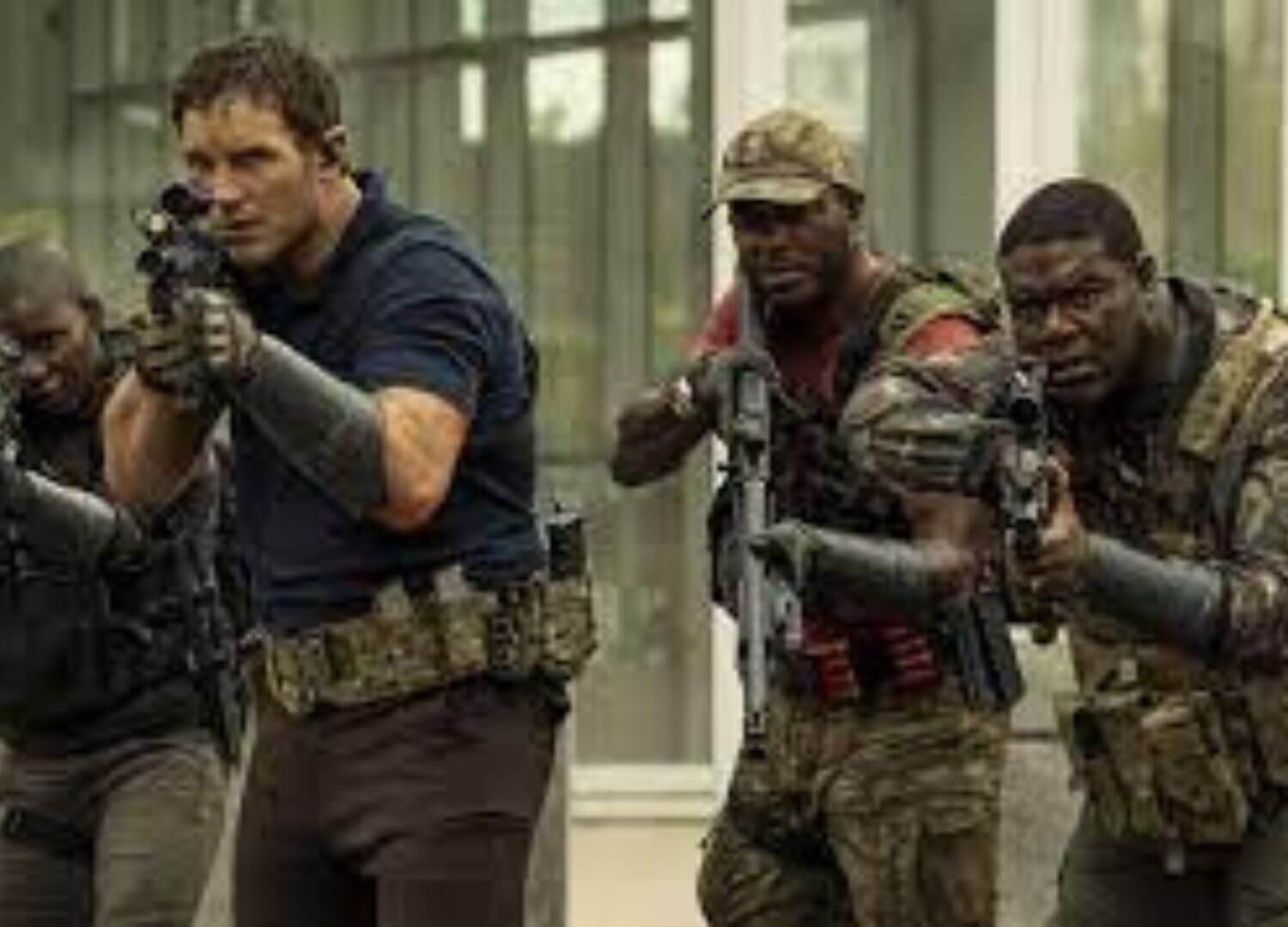 Juggling between two eras, the movie is an absolute treat to watch. With a blend of drama, sci-fi, action, and adventure, the movie features a high school teacher determined to save his planet.

The story starts when a group arrives in the present world from the future and alerts everyone of a future disaster caused by an alien invasion.

In a struggle to save the world for his daughter in the future, he collaborates with a scientist to rewrite the course of events. Also read: Best war movies of Vudu 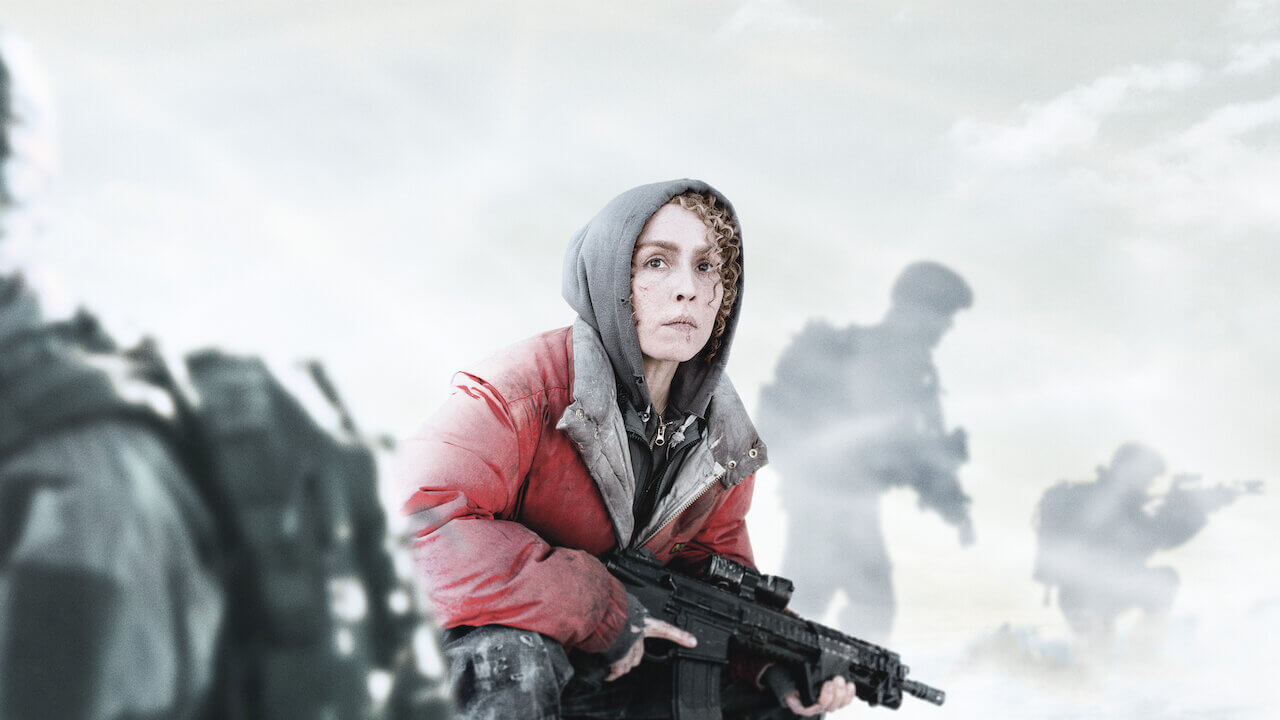 The Swedish thriller, Black Crab, is the story of six soldiers on a nerve-breaking mission. The action war marvel narrates how the soldiers on a covert mission transport a mysterious and peculiar package across a frozen archipelago.

The movie shows the dedicated soldier skating arduously across the sea ice to accomplish the mission. Set in the post-apocalyptic, war-torn world, the movie digs down into the details of the covert mission and the package transportation —- the dangers and insecurities. 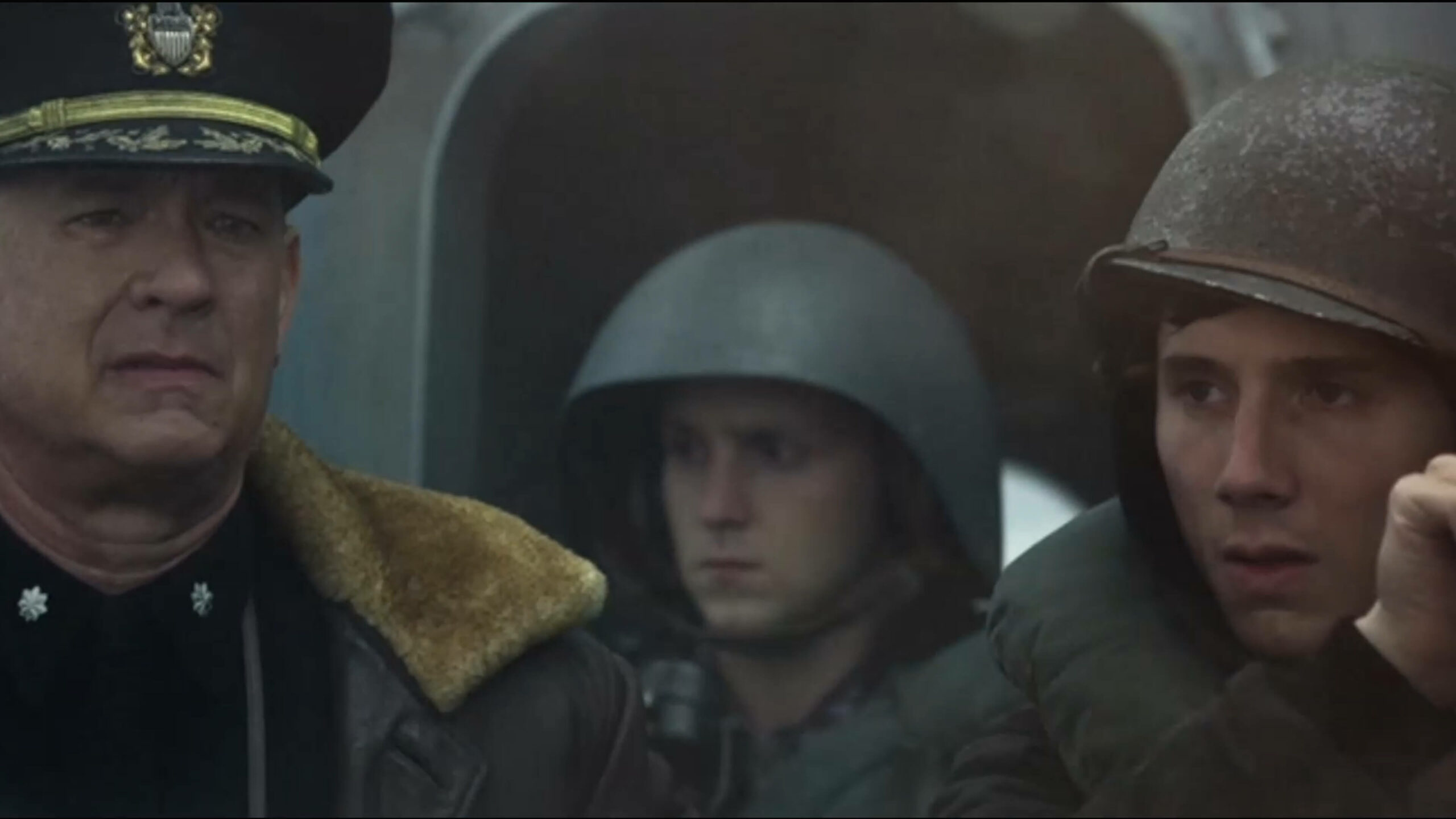 Greyhound is a treat to watch an intense story of emotions, team lead, responsibility, fighting the pitiless sea, a relentless enemy, and cold. Based on the novel “The Good Shepherd,” the story narrates the events of the Allied convoy crossing the North Atlantic in 1942.

The thrill and emotional rush are beyond explanation when the German submarine Wolfpack attacks the convoy. The movie features a commander leading the convoy for the first time and his struggle against all odds. 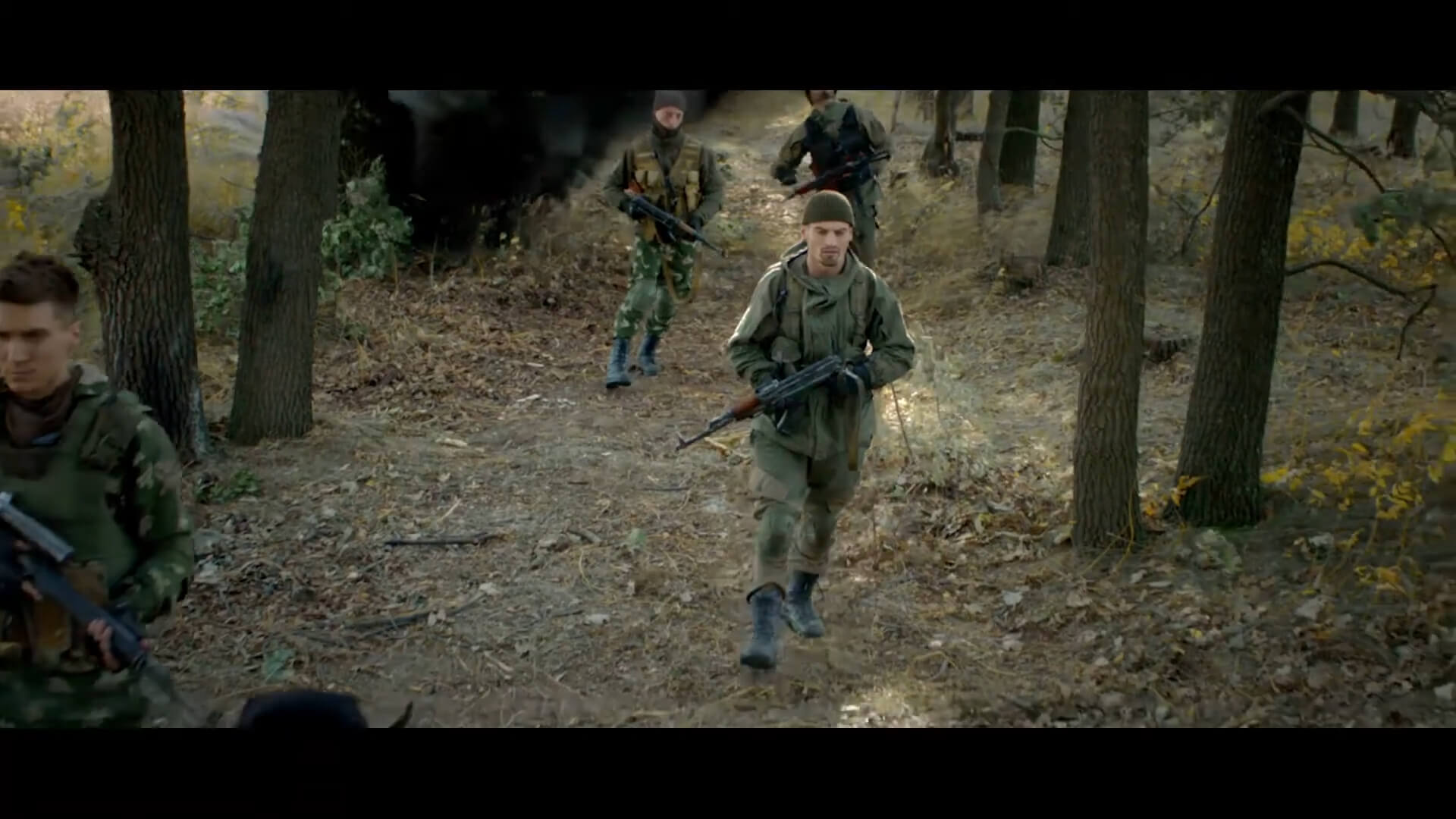 Sniper: The White Raven features an enraged quirky pacifist. The gripping plot illustrates Russian militants’ killing of his pregnant wife and comrades. After they are killed, the movie progresses, showing the main character enlisting himself as a sniper to avenge the killings of his wife and comrades.

After being trained as a sniper, his fate takes him to fight as a sniper in Donbass, Ukraine, where a series of adventurous occurrences justify the soul of the film. The love-revenge-driven make is surely enlisted as one of the best action war movies. 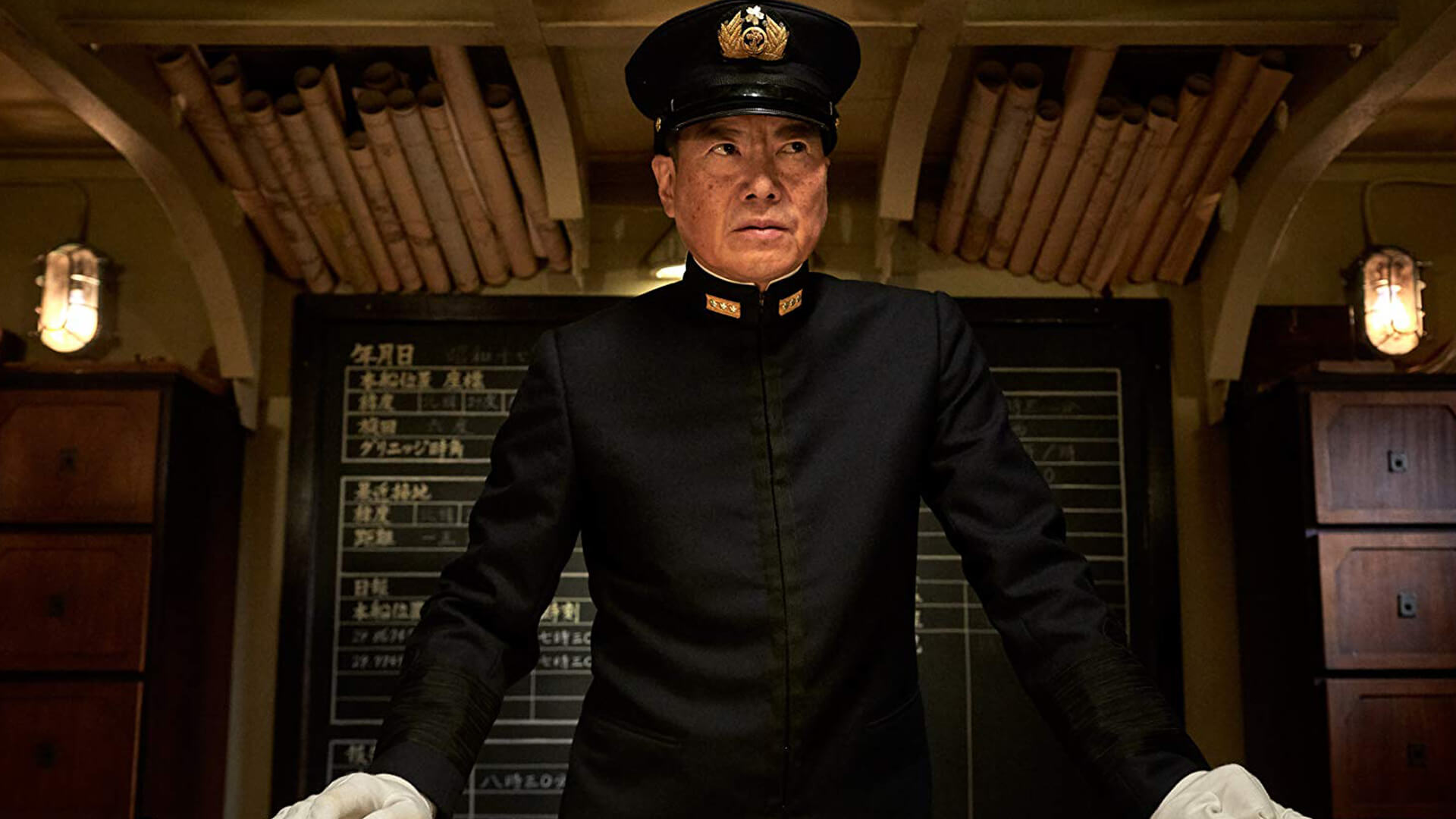 Agitating the calm Pacific waters, Midway is a tale of anguish and scuffle between the American fleet and the Imperial Japanese Navy. Featuring one of the most crucial battles, the movie takes you back to May 1942 when the Japanese Navy attacked the island of Midway in the Pacific ocean.

The sequence of occurrences narrates the Japanese intent to secure Pearl Harbor and later the US West Coast. The story sketches the heroic commitments, valor, and coordination of the officials to turn down the Japanese plans. 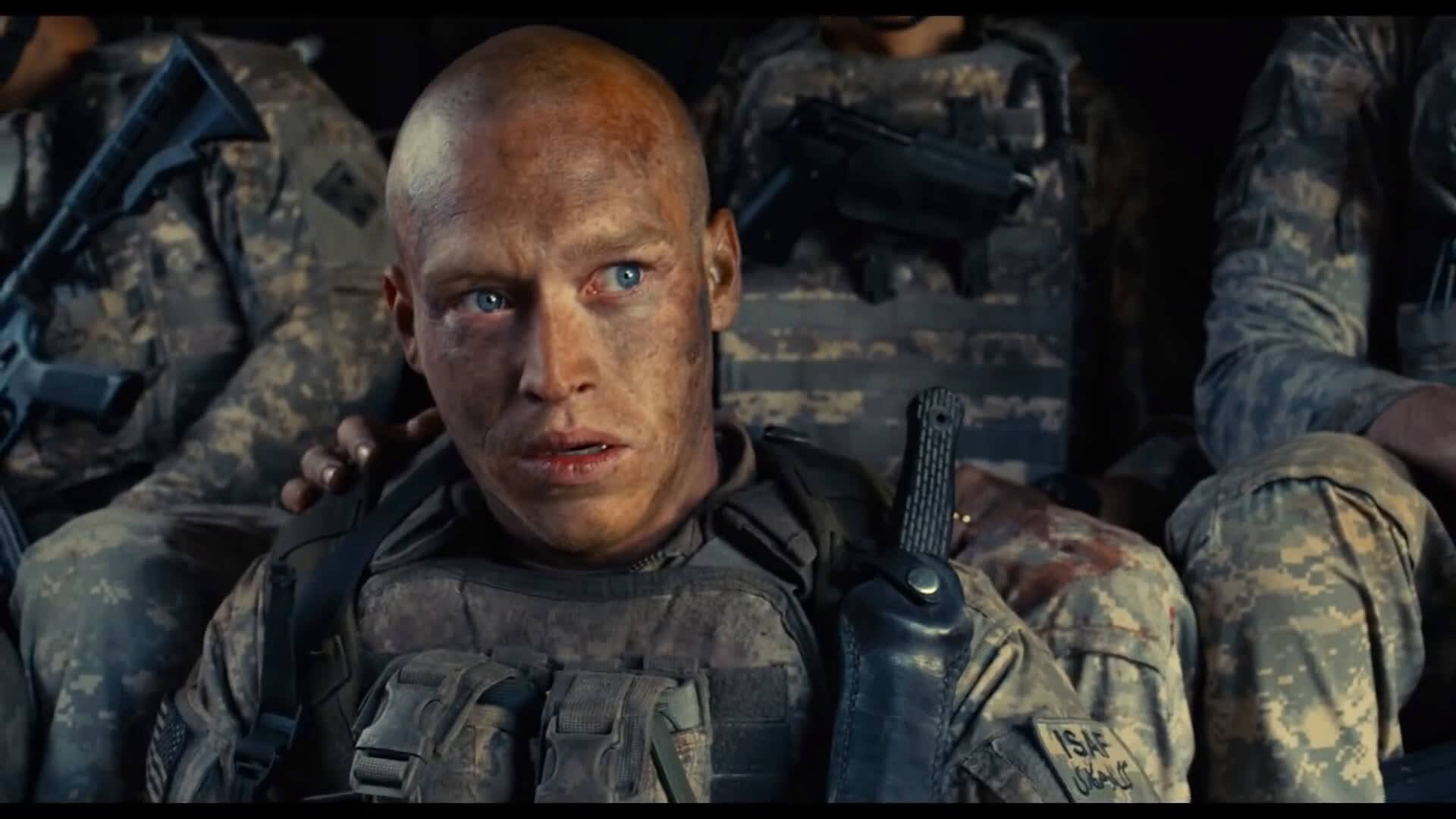 Outpost features the US Army soldiers clustered into small groups in distant Afghan territories. To monitor the Taliban and their supply chain, camp Keating was one of those posts created in a valley.

The movie depicts the casual skirmishes and scuffles between the US army and the Taliban as a routine. The story progresses to finally reveal the grand attack by the Taliban on the US soldiers who lacked manpower and ammunition.

The events intensified when showing the army personnel’s survival and returning back to their loved ones. 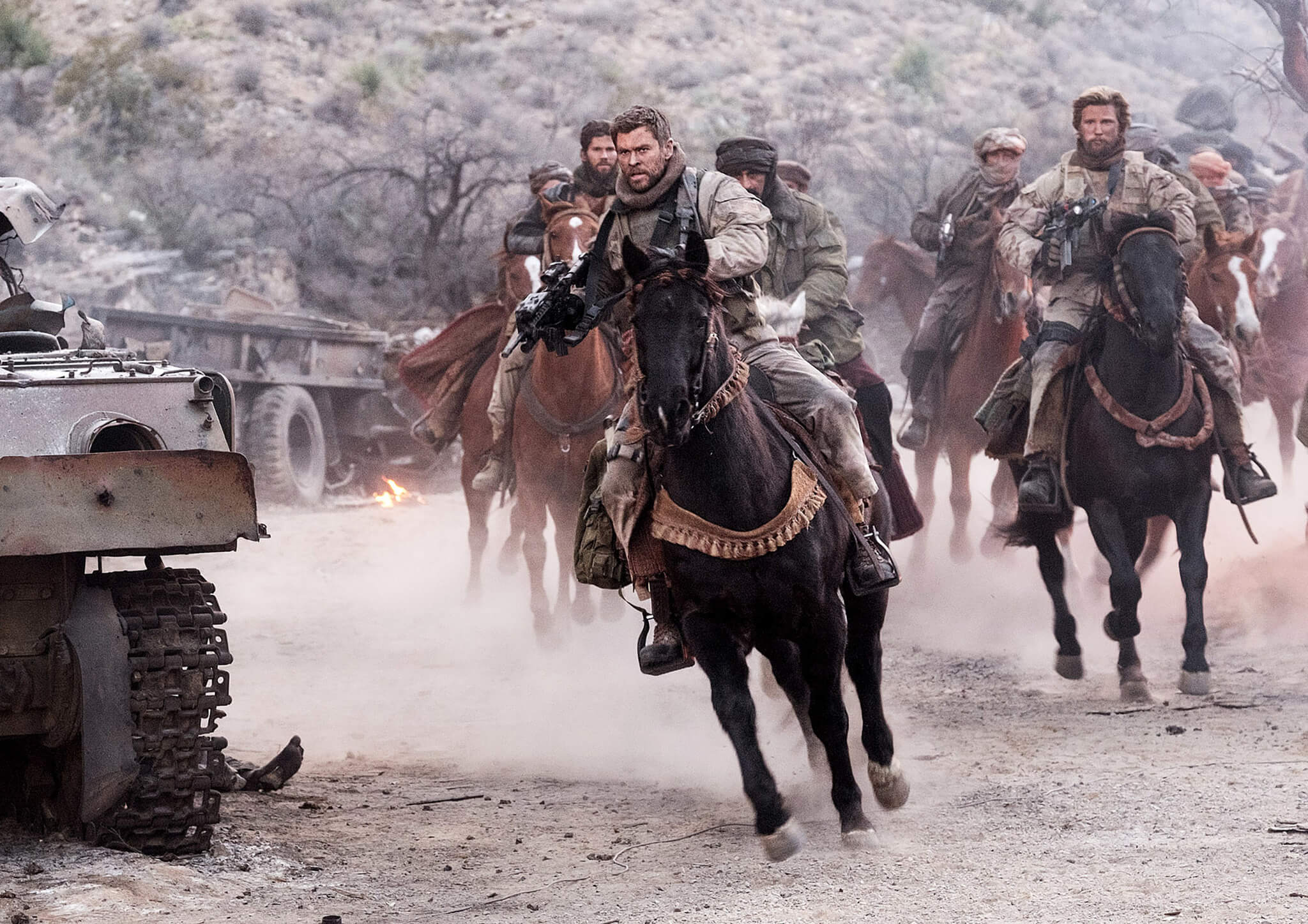 Featuring the sensitive topic of US forces’ deployment in Afghanistan after 9/11, the story is an indulgence of another level. The story progresses to show how the first Special Forces Team heads to Afghanistan under the command of a new captain.

The team is bound to work with a local Afghan warlord. The movie depicts the importance of this collaboration to bring the Taliban down. The realistic set, wonderful performances, and flawless storyline is worth-watching. 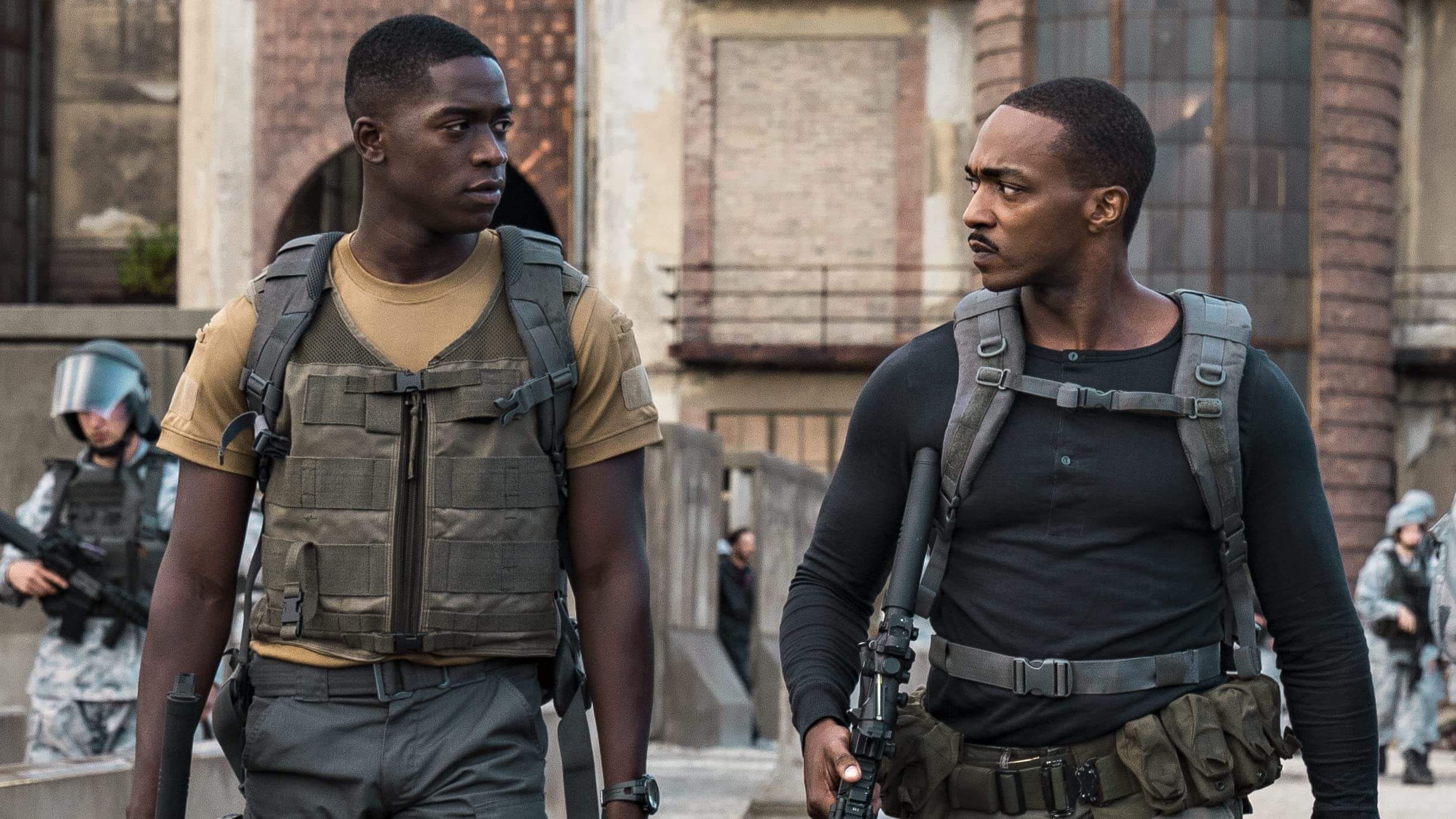 Speculating the near future, the movie shows the teaming of a drone pilot and an android officer to stop an inevitable nuclear attack. The story starts with the drone pilot being sent away to a deadly war zone. He soon discovers himself working for Capt. Leo.

The secret android officer Captain Leo is on a mission to locate a lethal device that may back a nuclear attack. The teaming of both brilliant actors makes it a must-watch. 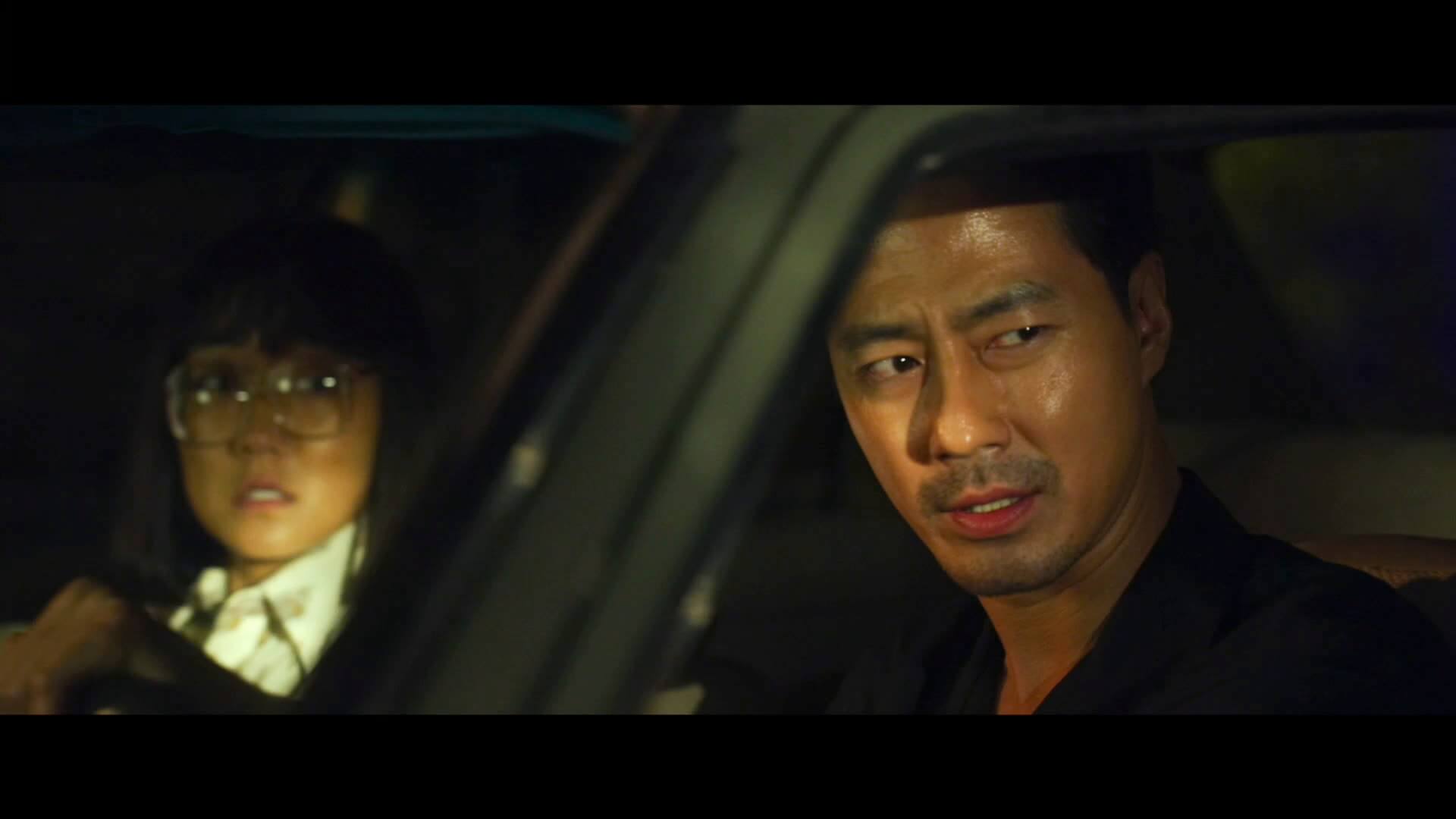 Torn by civil war, the story is set in the Somali capital of Mogadishu. Depicting the era of 1991, the movie seamlessly narrates the effects of the war on the personnel and families of the South Korean embassy.

The story intensifies when the North Korean lot knock on their door for help. Having left with no resources and communication, under the raining bullets and fire, they together aim for an escape from Mogadishu.

The thrilling story, beautifully shot scenes, and realistic sets declare it one of the best action war movies to watch. 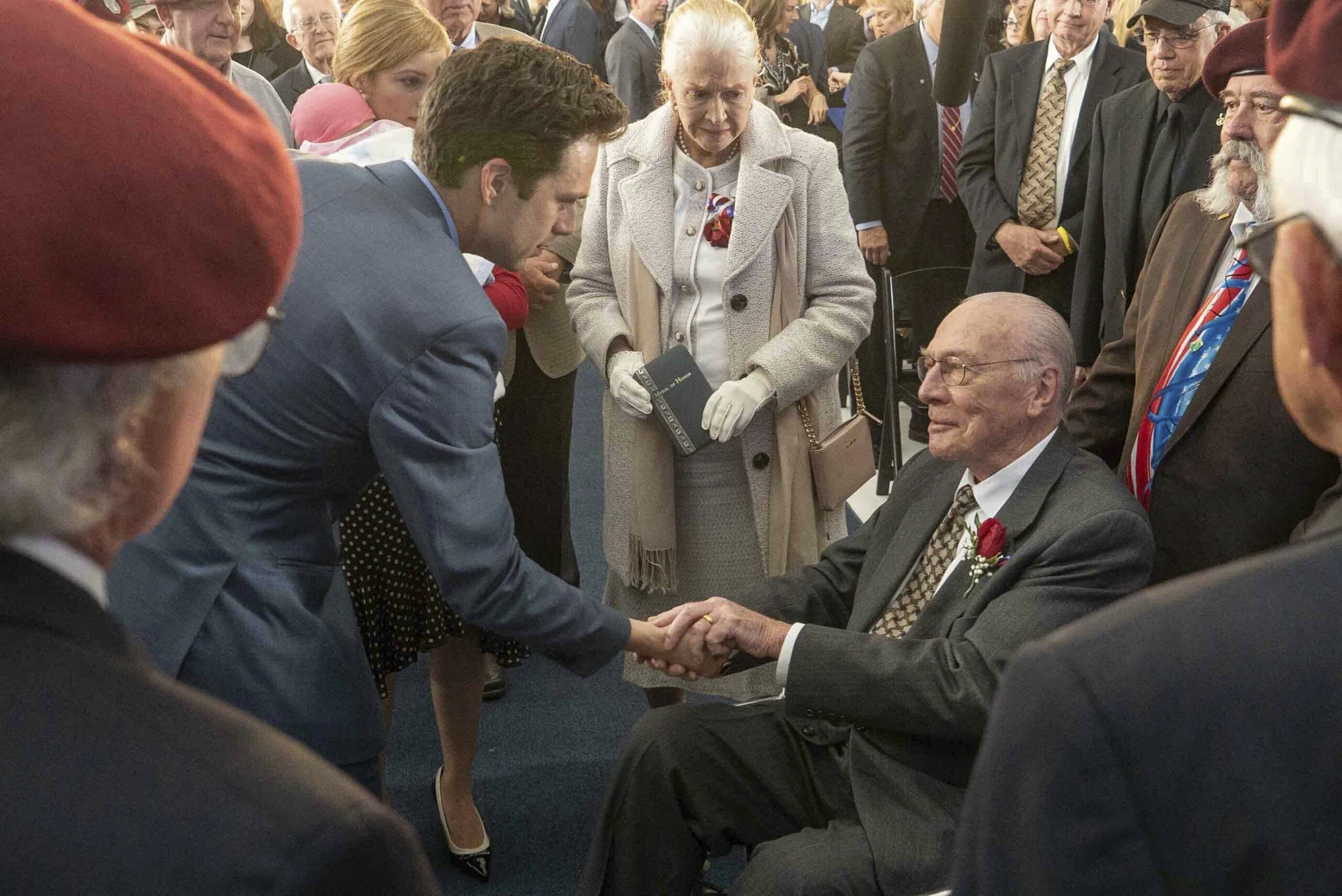 Hailing a Vietnamese war Hero, The Last Full Measure is a 2019 American war drama film based on a true story. The movie splendidly narrates the war events.

To honor his valor, he is awarded the country’s highest military award for his gallantry, courage, and service on the battlefield. 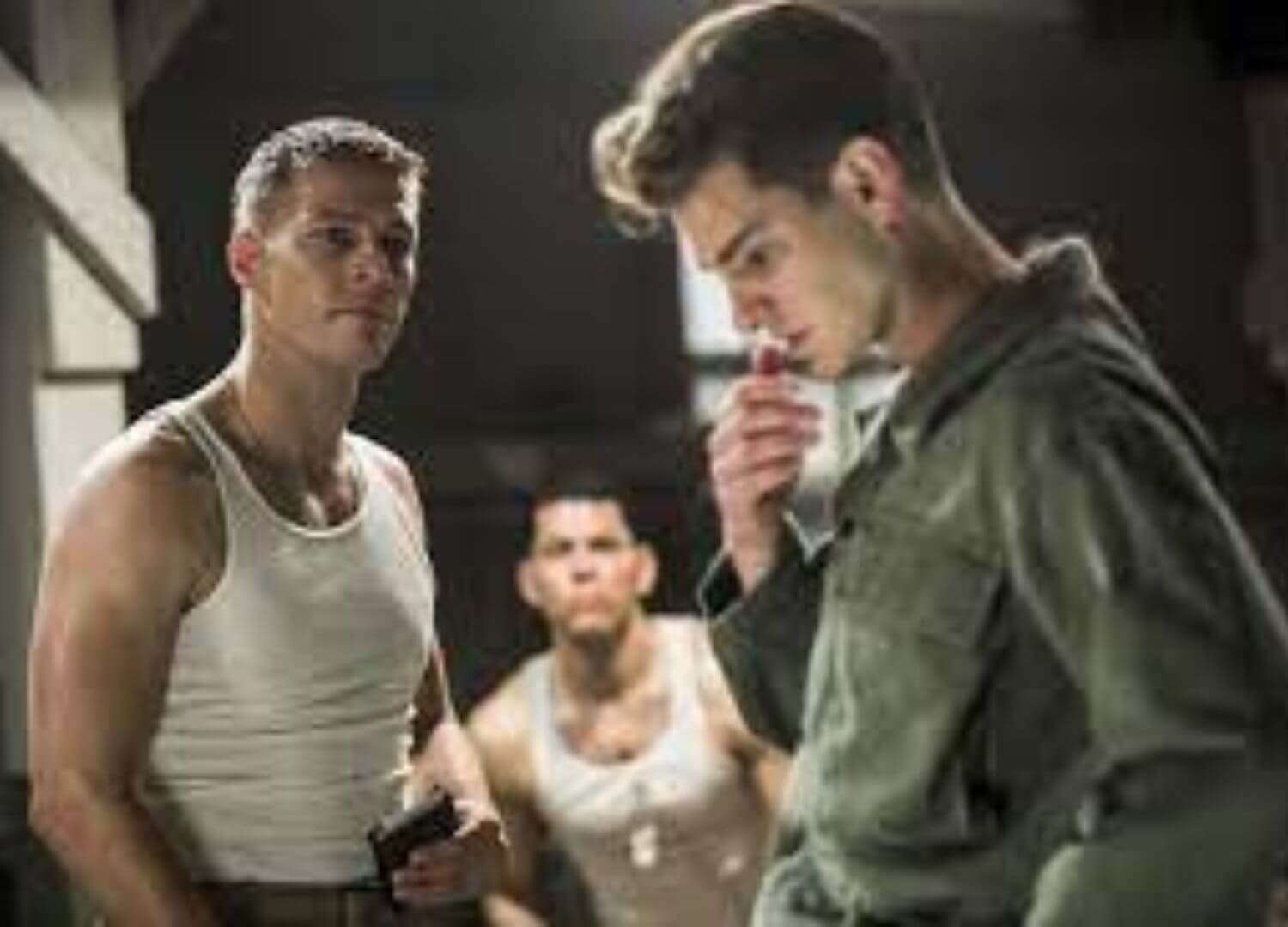 Featuring the American Army Medic, Desmond T. Doss, the film illustrates a beautiful and
unique story. Narrating the battlefield of Okinawa, the story illustrates the events of World War II.

The story narrates the bravery and courage of T.Doss when he turns down the orders to kill people in the war zone. The one-of-a-kind story shows how he became the first man in American history to receive The Medal of Honor without firing a single shot. 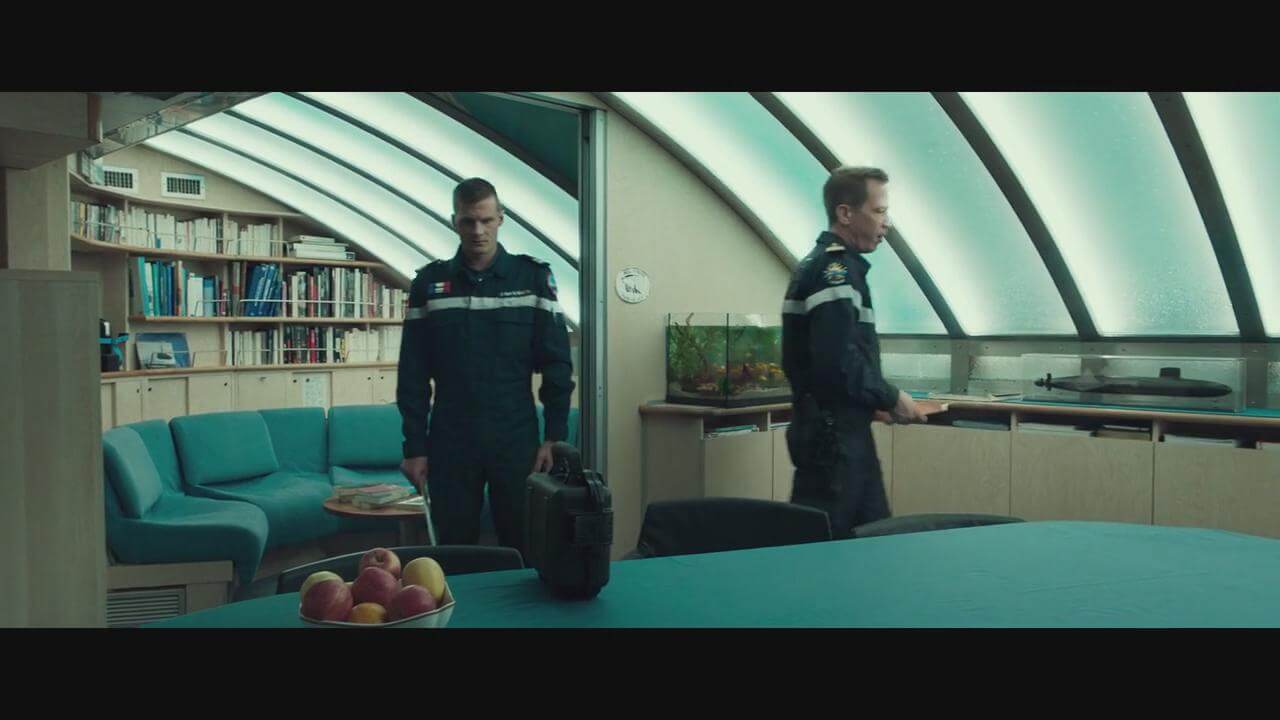 Set on a French submarine, the action thriller is sprouting twists and action every moment. The movie features a young submariner possessing a unique hearing sense. Working in acoustics, the whole crew relies on his ability to identify any sort of sound.

However, a mistake puts the whole crew’s safety at stake. To regain his crew’s confidence, the situation slips off his hands and drifts to the worst side. The dramatic illustration of the events realistically depicts how the world gets involved in the severe crisis of a nuclear apocalypse. 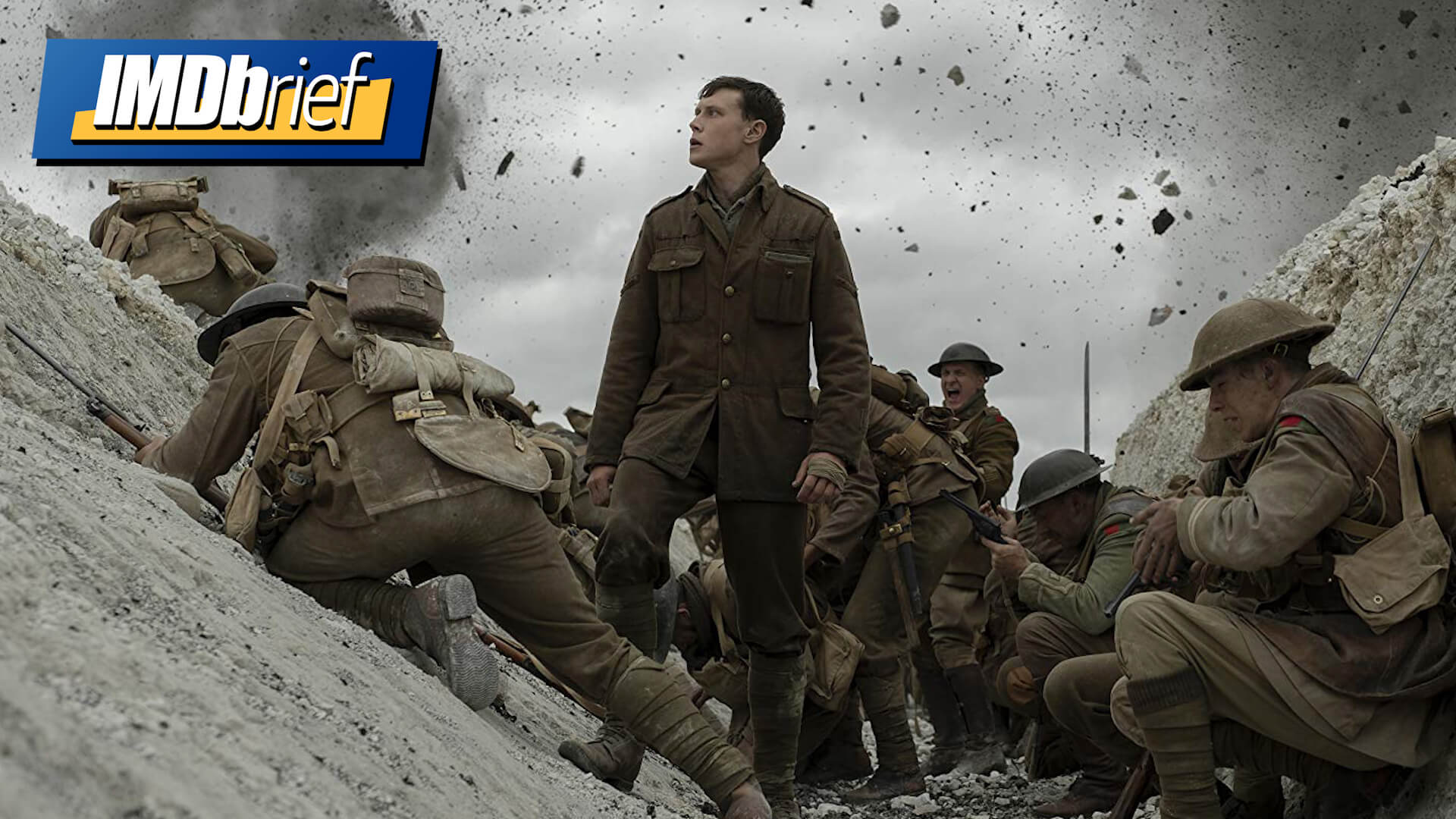 Bringing back the movie buffs in April 1917, the film is an absolute marvel. The thrilling story
is based on two British soldiers assigned a duty to deliver a sacred, urgent message to a regiment deployed in an isolated territory.

The movie depicts how the message is utterly important to save the regiment from a trap and massacre. The movie’s progression shows the back-breaking journey of the British soldiers crossing the enemy territory in order to reach the isolated regiment. 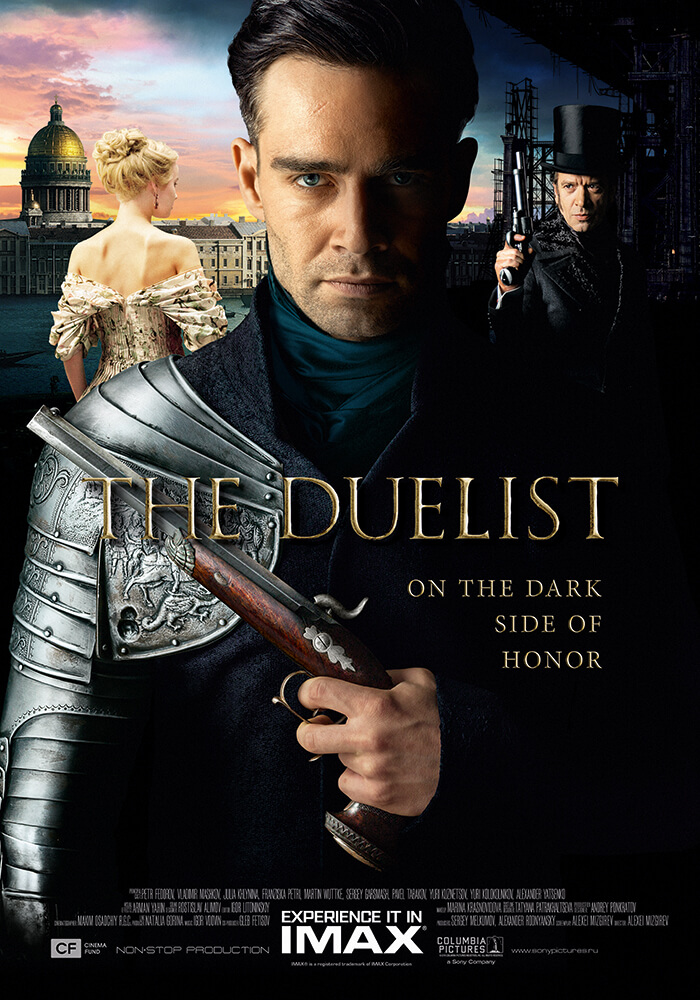 Seventeen young, fearless warriors led by a mysterious lionhearted warrior against a world-class Mongol Army led by Batu Khan, Furious is a tale of courage. Dating back to the 13th Century, the movie depicts the invasion of the Mongol Army through Europe.

During their invasion, at the last Russian principality, they meet the unexpected. The resistance of the young men against the giant army is a must-watch on screens.

The elements of self-sacrifice, courage, bravery and endurance for the motherland against a massive, well-trained army makes furious one of the best action war movies. 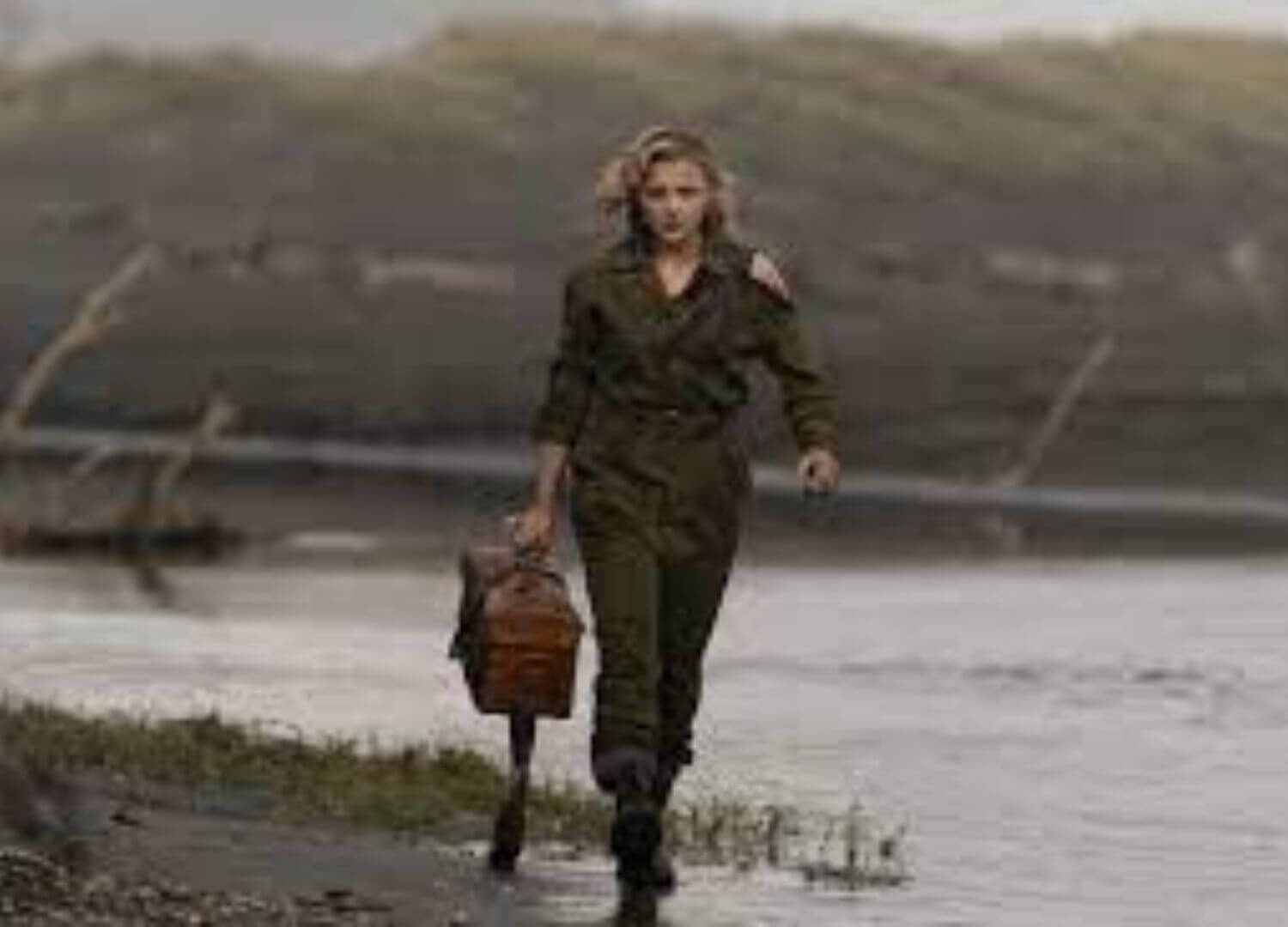 In the context of World War II, Shadow in the Cloud is the story of a female pilot with a top-secret cargo package and an all-male crew on board. Since the only female boarding the B 17 military flight, the crew tends to test the pilot’s every single move.

Her mission, however, becomes foggy as it muddles with something sinister from inside the plane. The course of events unfolds the pilot’s struggle to fight the mysterious evils from inside and outside the plane while safeguarding her sacred cargo. 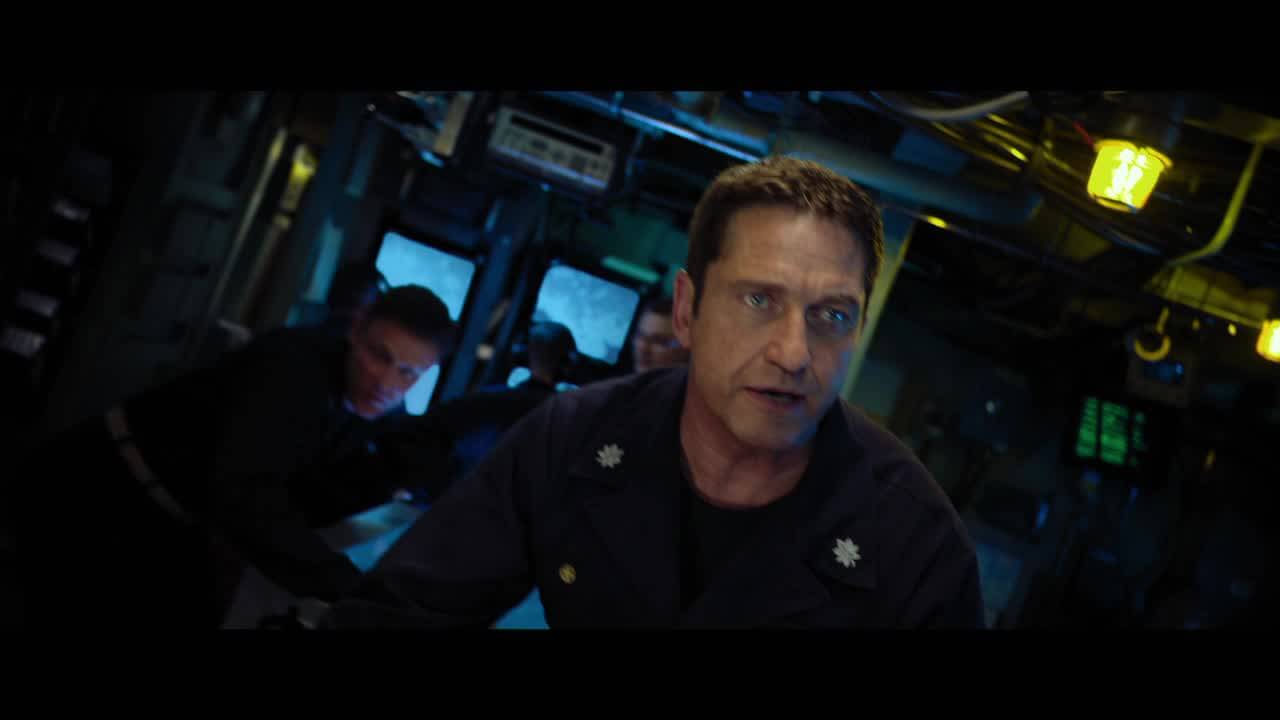 The thriller Hunter Killer is pumping twists and turns every moment. Based on the story narrating the disappearance of the USS Tampa Bay submarine, the movie is one of the best action war movies.

After the submarine is lost, another submarine named USS Arkansas, under the command of Capt Joe Glass, is sent to find the missing submarine. The course of events depicts how the lost US and Russian submarines are discovered. The story further unfolds mysterious conspiracies. 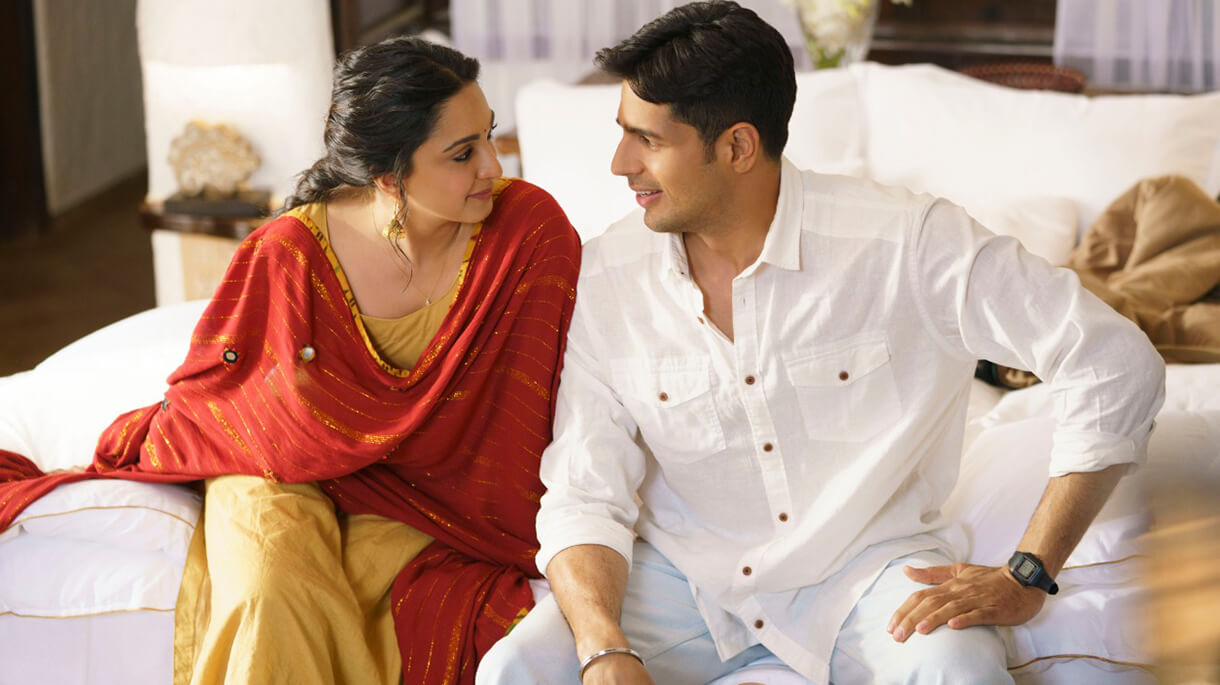 A roller-coaster ride of emotions, the story is all set to give you goosebumps. Featuring Capt. Vikram Batra, an Indian Army officer, the movie sheds light on his valor and courage in fighting in the Kargil war.

Based on the real-life story, the movie narrates his love life alongside his military responsibilities. The real-life hero, for his undefeatable spirit and triumphant win against the enemy, has been awarded the highest military honor in India. 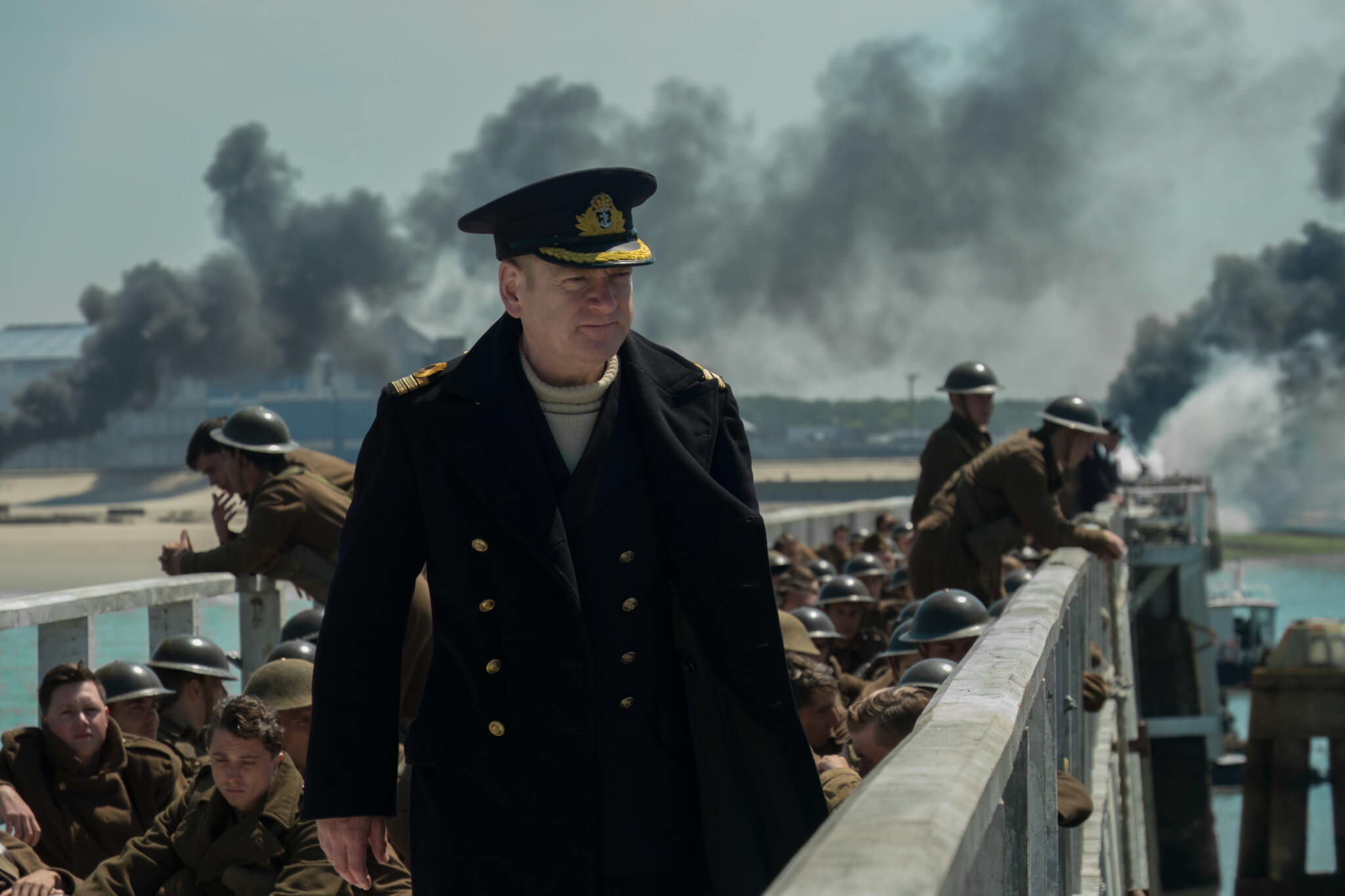 Dunkirk— a nerve-wracking tale of trapped soldiers in Dunkirk town of the French port in World War II, is something never to be missed! The story features the trapped British Commonwealth, Allied Belgian, and French forces under the gruesome German siege.

The movie narrates the sheer desperation and struggle of the oppressed soldiers realistically bringing tears to the eyes.

The movie progresses to show the part where Britain tries to evacuate the trapped forces using civilian boats. The beautiful depiction instantly elevates it to the list of the best action war movies. 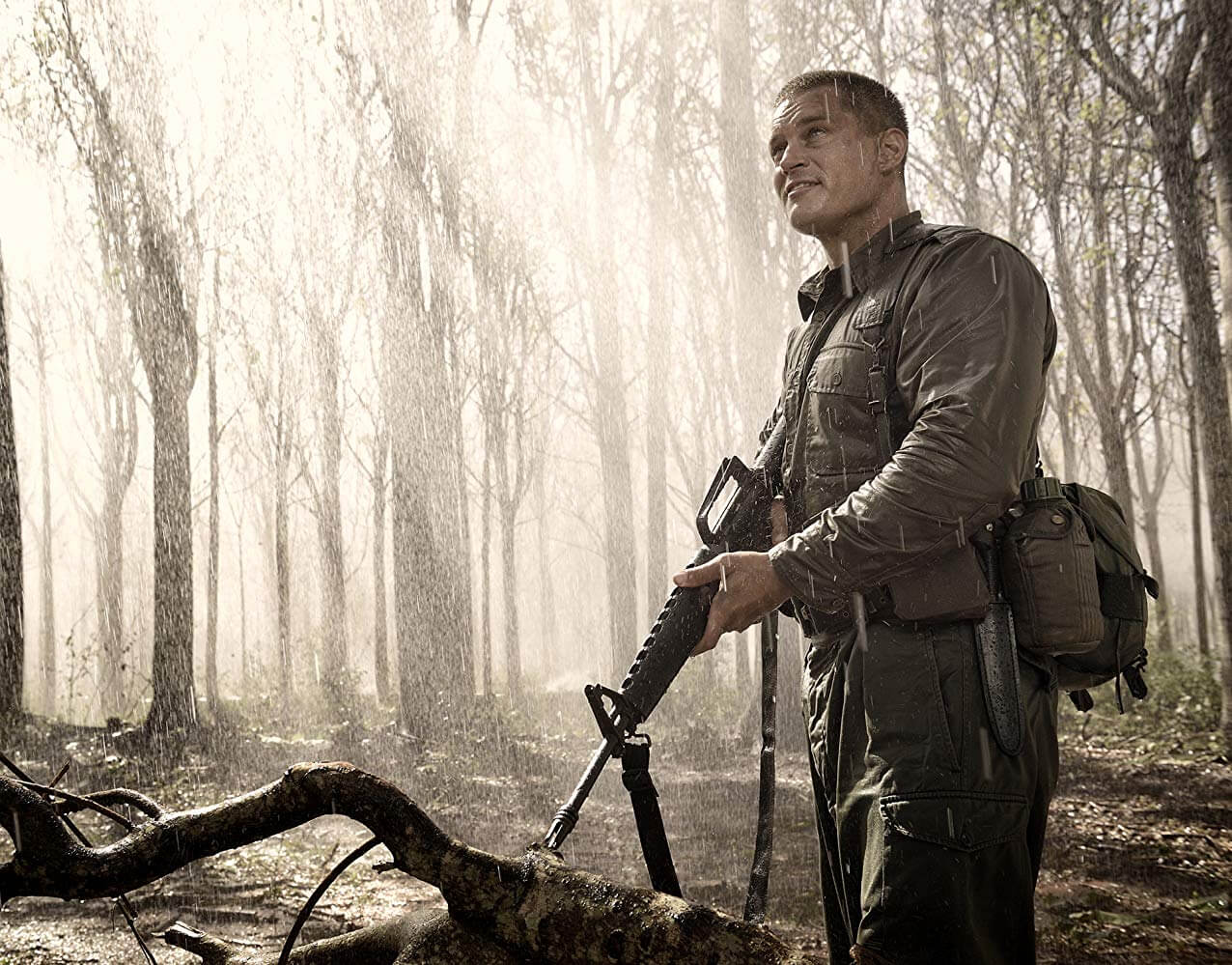 Set in South Vietnam, speculating the late afternoon of August 18, 1966, the movie features a deadly fight of inexperienced Australian and New Zealand soldiers against the Viet Cong and North Vietnamese Army.

The way the story narrates valor, gallantry, and courage surely earns it a place on the list of the best action war movies.

We can imagine the excitement bubbling around you after sorting our list. The impeccable tales of bravery, survival, and dedication will leave you wanting more. We have brought you so much to binge-watch and pass your time in the best possible way.

The quality content and the spectacular execution will literally land you in the middle of the war zone.

The list of best action war movies emerged after thorough research and consideration because we care for your taste in movies.

The unfolding of the nail-biting events and the star-studded cast add more spice to your leisure time. Enjoy the Canadian wilderness by watching the brilliant list of movies.