Renfrew of the Royal Mounted 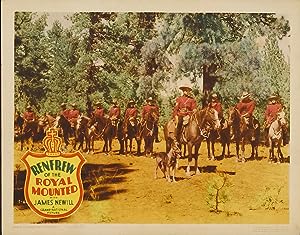 Renfrew of the Royal Mounted

Counterfeit bills are being printed in Canada and shipped across the border hidden in blocks of ice. When the counterfeiters force engraver Bronson to make a new plate, he inscribes a tiny help message on it. Renfrew catches a henchm