How to Watch X-Men Movies in Order | A Detailed Guide

X-men movies are one of the most prestigious and successfully high-grossing movies. These movies have a lot of positive reviews from their fans. Seeing how popular they are and feeling totally bewildered as everyone talks about them may raise an urge in you to watch them too.

But how exactly do you watch x-men movies in order when the series has a crazy amount of movies? That is precisely what we are going to discuss in this article. So keep your eyes glued until the end, and you will know the right way to watch X-Men movies in the proper order.

What is the right Order to Watch X-Men movies?

There are two ways movie watchers can watch the X-Men movies; in the order, they were released or in chronological order to get a better idea of the entire story. Below we have listed all the movies in both orders so that viewers can decide how they want to watch them.

A real quick list of the x-men movies in order of release:

To get an idea of the X-men world and what the audience should expect, look at each movie’s details below.

X-men is the very first movie of the x-men movies in order. The film revolves around a world where the fear between the mutants and humans thrives.

Among them, there is Marie, also known as Rogue, who runs away and hitches with a mutant, Logan. But there is someone (Professor Charles Xavier) who worries and sends Cyclop and Storm to bring them back in time. There is hatred and injustice already growing.

But then devious Magneto believes that humans and mutants can’t co-exist. He is aware that a war is nearing, which could cause immense destruction. Yet he has his evil plans in mind, for which he would also require the help of Rogue.

Quite a time has passed since X-men defeated Magneto and locked him in an impregnable chamber. One day, Nightcrawler, a mutant, superstitiously gets into the White House and tries to assassinate the President. Meanwhile, a scientist and a former army commander, William Stryker, find out about Professor Xavier’s secret school.

He then prepares for an attack on it and succeeds in capturing Professor X. Stryker also holds the key to what Logan is looking for (his past) and X-men’s future. Unfortunately, this is not it; Magneto somehow is able to escape from his plastic cell, making situations worse for the mutants.

But this may also be for their good. Magneto stretches his hands forward to the mutants, proposing them to be his allies and defeat their common enemy: Stryker. 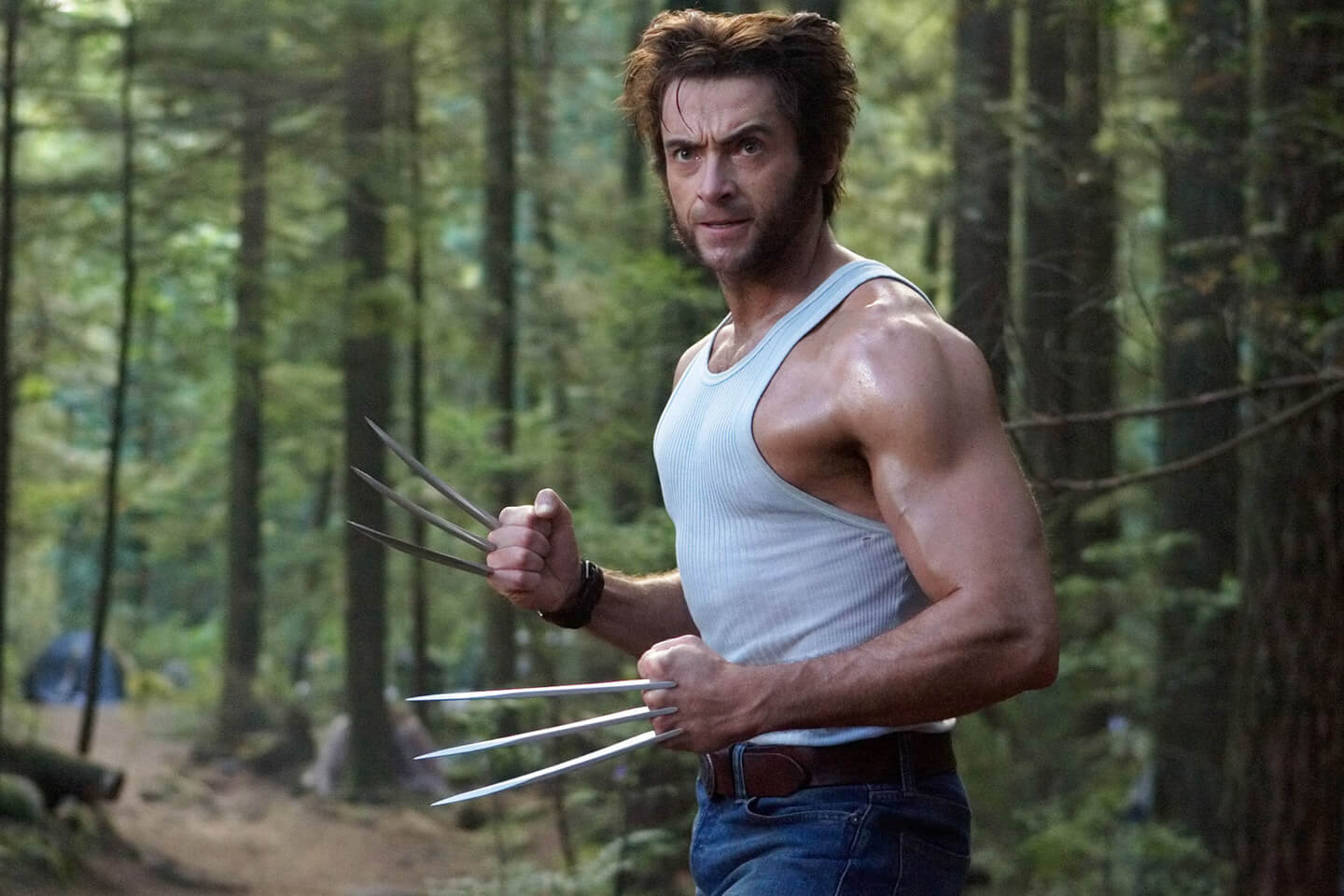 Finally, there is a cure prepared by the human government that can now convert the mutants into ordinary human beings like others. Some mutants like the cure and would be happy to become humans, while others think there shouldn’t be any cure that will make them lose all their powers.

However, Magento still has the same belief that a war is nearing. So he starts recruiting a large number of mutants so that he can take down Warren Worthington II and the cure he made. Thus, a battle is about to begin between the followers of Magento and the followers of Charles Xavier. 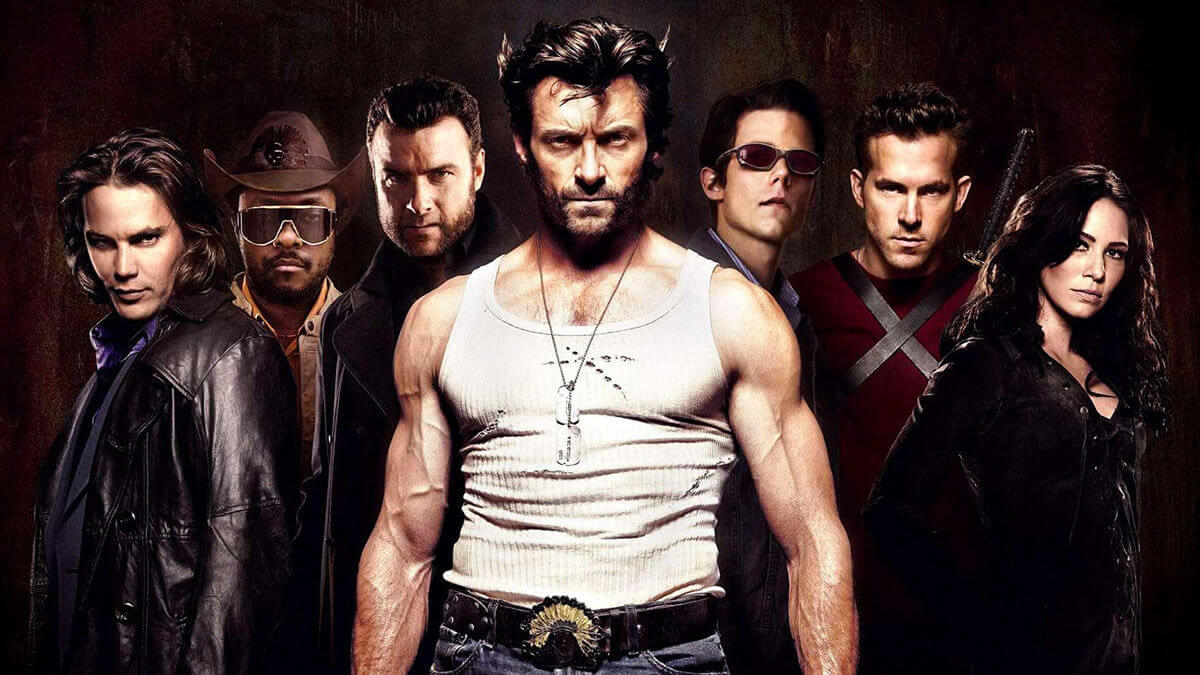 The fourth movie in the x-men movies in order is X-Men Origins: Wolverine. This one is mainly about Logan, famously known as Wolverine.

Logan is finally able to seek solace from his unforgettable dark past. He has found the love of his life, Kayla Silverfox, and everything is going pretty for him. But one day, the peace in his life is shattered again. This happened when his cruel brother, Victor Creed, murdered Kayla brutally.

Now, Logan is filled with the thirst for revenge like never before. The vengeance pushes him into the Weapon X program, where he goes through a procedure through which he emerges as virtually indestructible. 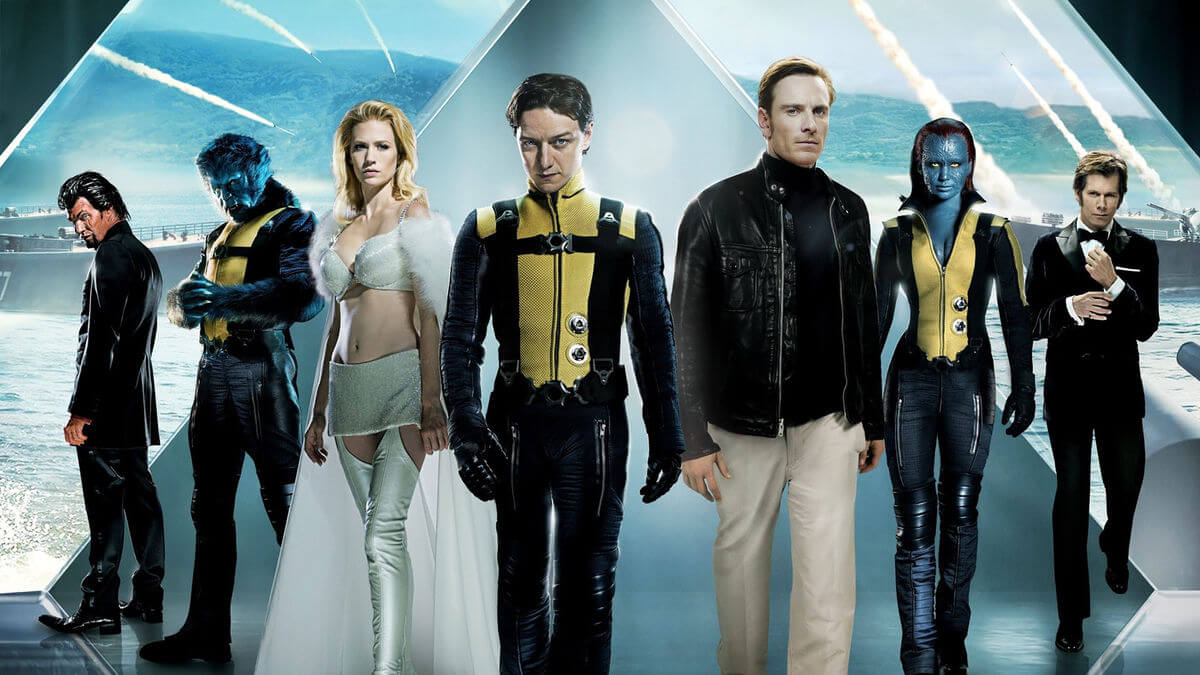 During the early 1960s, at the height of the Cold War, two mutants named Charles Xavier and Erik Lehnsherr met each other. The two belonged to fairly different families and backgrounds: Xavier came from a wealthy family, while Erik grew up as an orphan as his parents died in Auschwitz.

Despite this, Erik and Xavier became very close friends and formed a beautiful bond with each other. As nuclear war approached, they joined the forces of other mutants to save the world.

However, their incredible friendship was broken apart by a rift that opened between them. Be sure that you got a handful of tissues while watching it because you may need them, as you can guess. 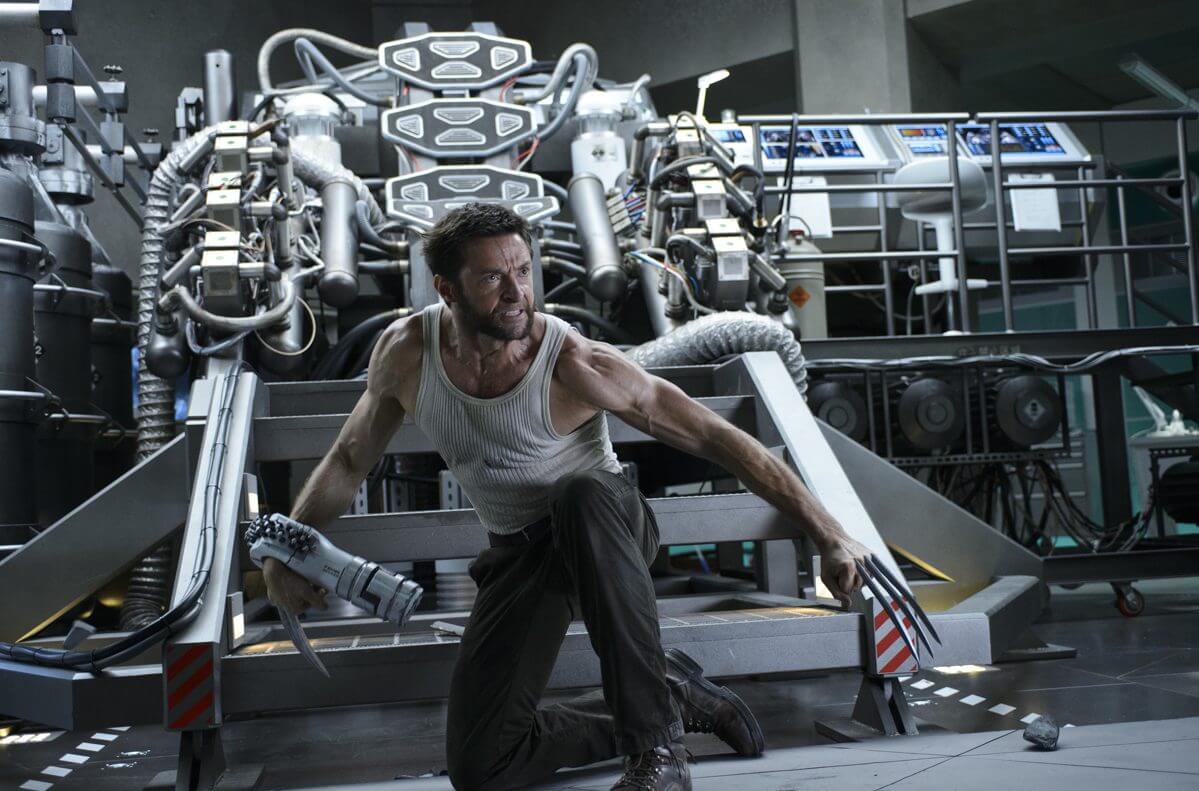 A century-old mutant, Wolverine, wants to meet his old friend who lives in Japan. So, he goes to Japan to see him but soon finds himself captured in a conspiracy far more complicated than he imagined. He is stuck in the realm of samurai and yakuza.

When Wolverine is pushed to the brink of his physical and emotional limits, he must find the hero in him and fight the enemies. 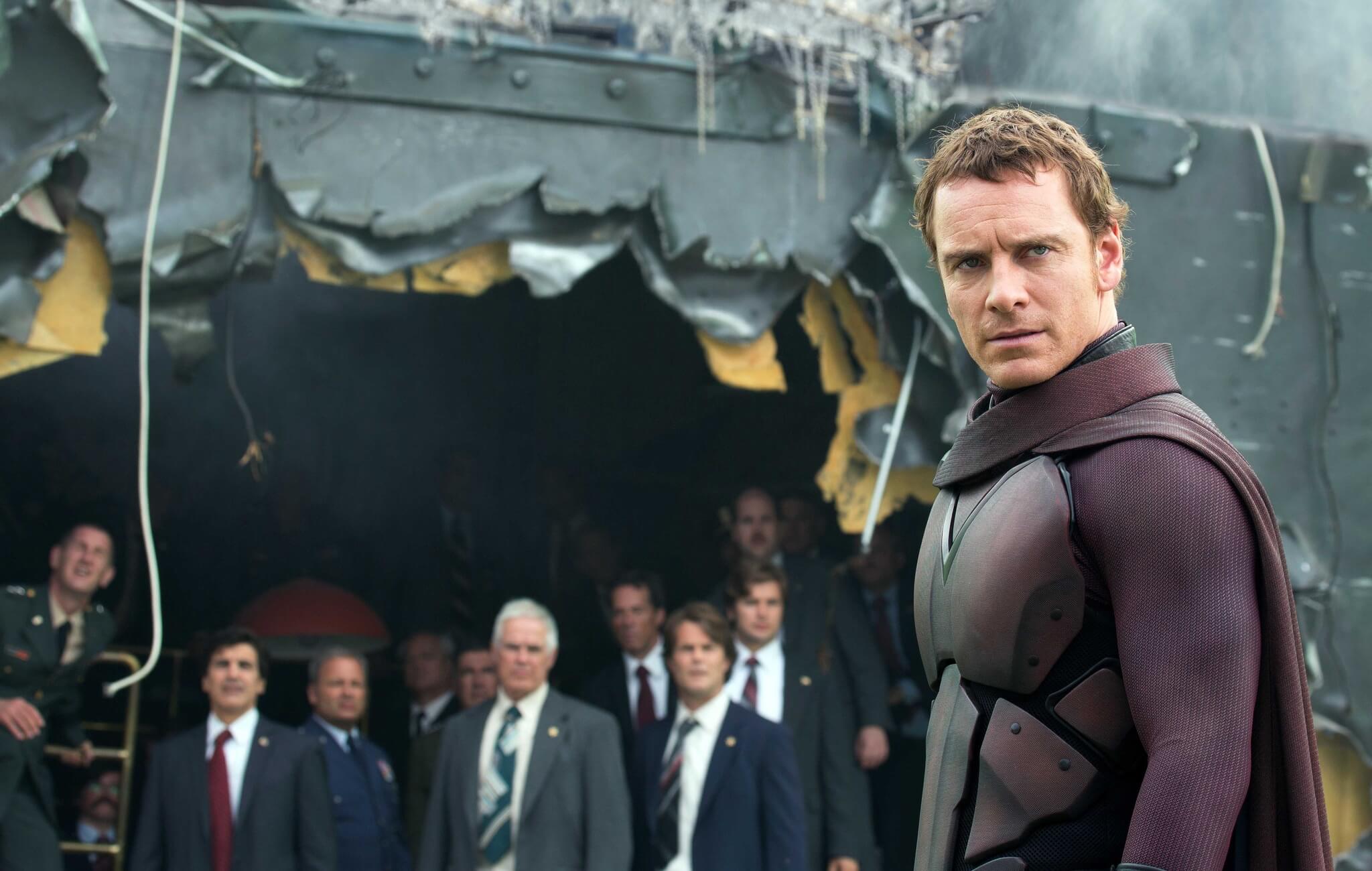 Dr. Bolivar Trask is very convinced that mutants are a menace and that they are also posing a threat to the whole of humanity. Therefore, he developed robots called Sentinal. These powerful robots can detect the mutant gene in a person and then slaughter the mutants. Mutants are nearing extinction.

Dr. Bolivar must be stopped, and there is only one way to do so. When they meet in a monastery, Professor Xavier explains to Magneto, Wolverine, Storm, Kitty Pride and their other pals that Trask created Sentinals with the DNA of Mystique. It happened in 1973 when she tried to assassinate Trask. The way to stop it all is to prevent the incident where it began. They will have to back to the past and change history.

It is one of the most popular movies in the X-Men movies in order. 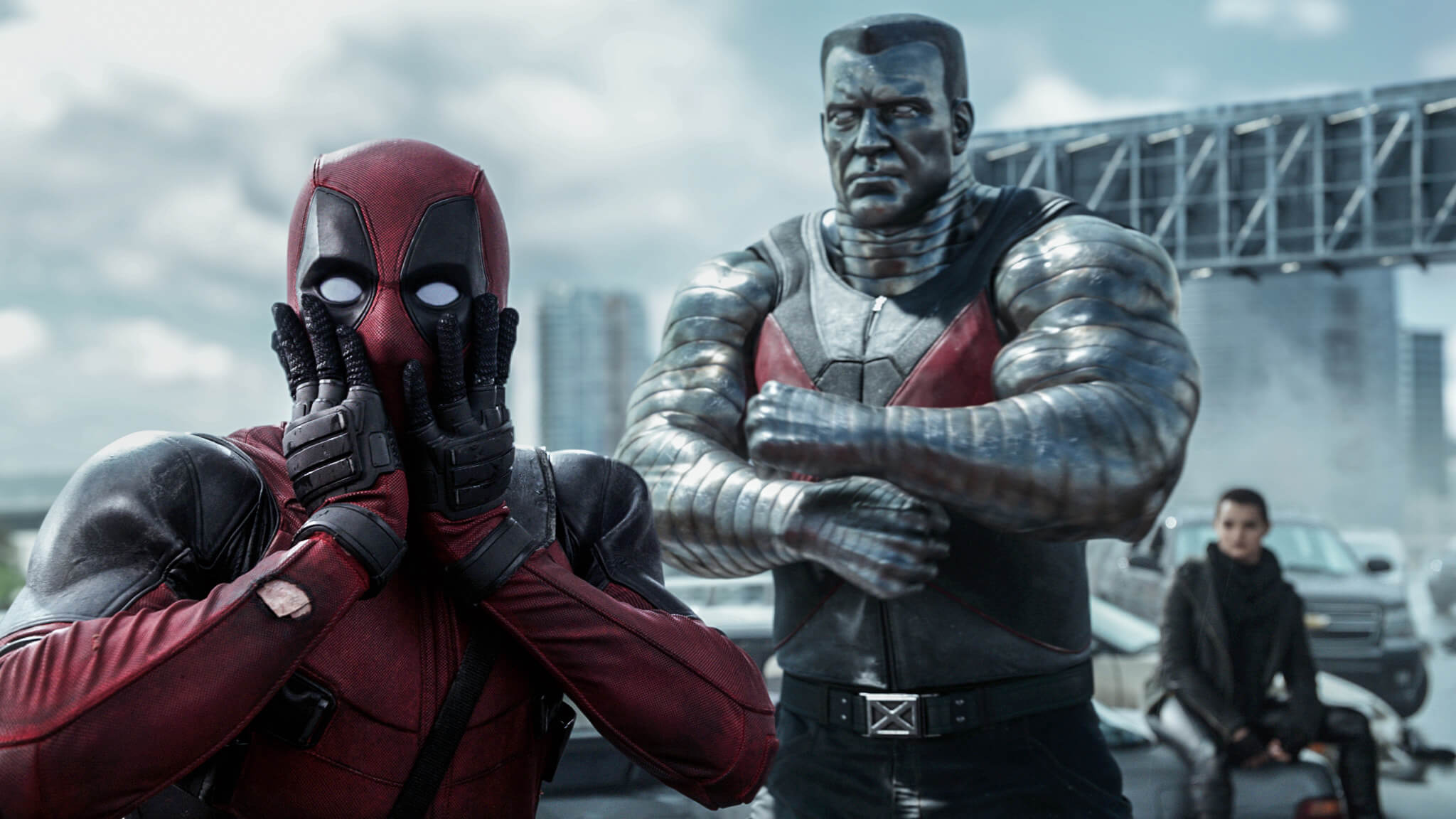 A former Special Forces operative, Wade Wilson is now working as a mercenary. However, his life has all come crashing down when Ajax, an utterly evil scientist, experiments on him. While the experiment, Ajax not only tortures Wade but transforms and deforms him into an ugly Deadpool.

But Wade also gains some powers. He has healing powers and a greater sense of humor now. With the help of mutant allies and his new abilities, Deadpool prepares himself to track down the person who almost destroyed his whole life. 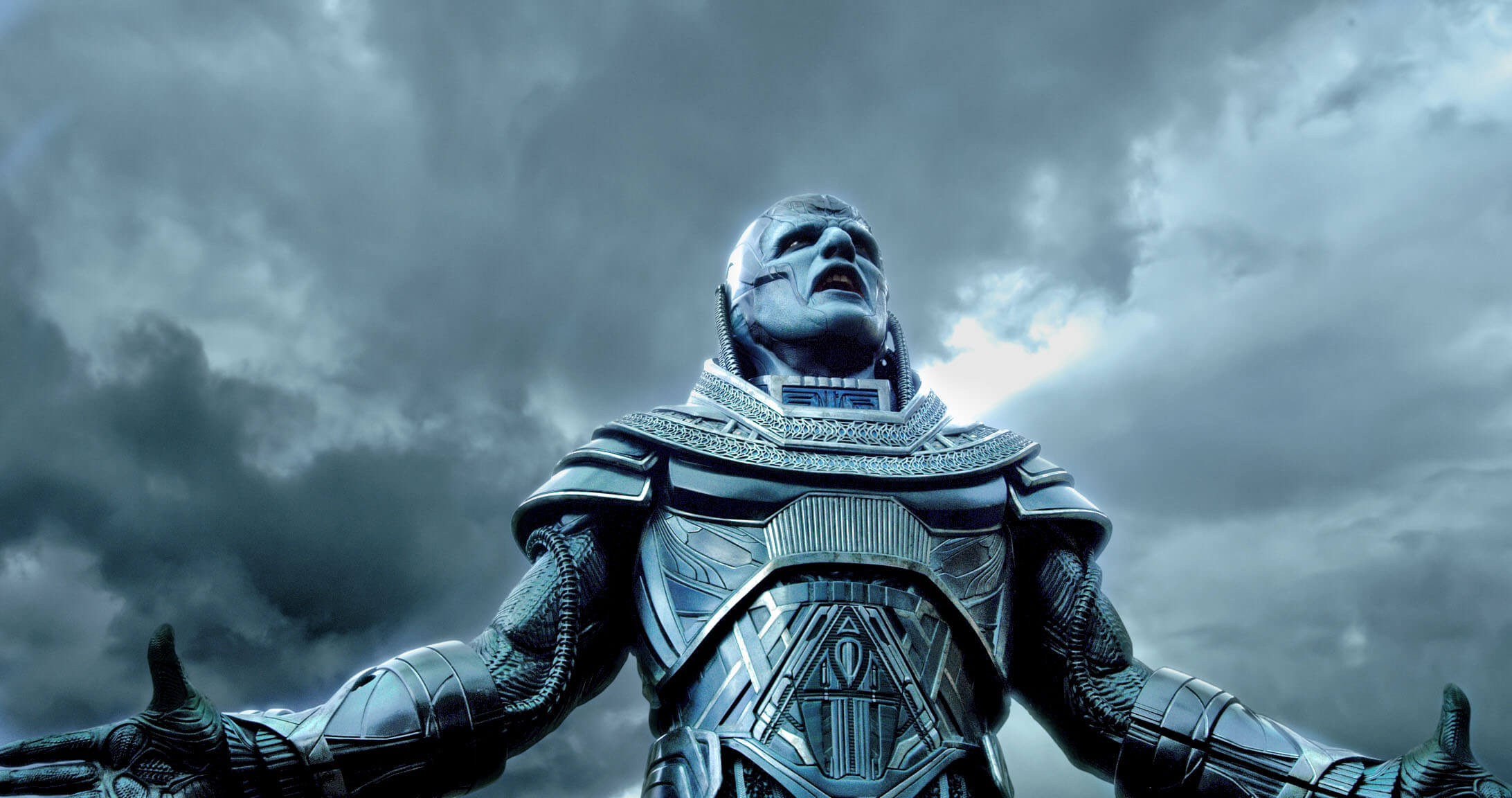 The immortal Apocalypse was worshipped as a god since the dawn of civilization. Apocalypse was the first, most forceful and powerful mutant in the X-men universe who gathered the power of many other mutants and became invincible.

However, thousands of years later, when he wakes up again, he is greatly disillusioned with the world he sees. Hence, he starts to raise a team of strong mutants in which he also recruits the disheartened Magneto. Apocalypse wants to wipe out humanity and establish a new world order over which he would rule.

But he must be stopped. So Professor X and Raven together lead a group of young X-men to prevent Apocalypse from removing humankind and destructing the world.

In the future, the number of mutants available is shrinking significantly due to the specially modified plants created to reduce the number of mutants. As a result, Logan’s powers of self-healing are also diminishing. Weary Logan has now found a way to earn his living and works as a chauffeur.

He also keeps the ailing Professor X hidden and takes care of him. However, his plans to stay hidden are upended when he meets a girl named Laura. Young Laura is very much like him and possesses extraordinary fighting powers. But she is in danger right now.

Some evil figures of a substantial corporation are pursuing her. Logan must save the little girl from sinister forces and fight them.

A wisecracking mercenary, Wade Wilson, also known as Deadpool, encounters a young but angry mutant, Russell. Russell lives in an orphanage and is a target of Cable – an evil genetically enhanced cyborg and a soldier from the future. When Deadpool comes to know of this, he realizes that he will need a little help from his fellows to save the young mutant from such a supreme force.

Therefore, Deadpool gathers Domino, Bedlam, Shatterstar, and other strong mutants and joins forces with them. They have to protect Russell from evil Cable and his extraordinary machinery.

One of the most beloved X-men, Jean Grey, is spiraling out of control. When she was assigned a rescue mission in outer space, it went all wrong, and she almost got killed. However, there, she was struck by a strange cosmic force. The force stayed with her even after she returned home. Jean is not the same anymore.

The force opened her to ancient dark powers. Not only has she become significantly more powerful but also extremely unstable. Jean has become a threat to the world and is releasing her power with anger, causing destruction.

X-Men have to make an important decision at this point: save the world or their friend who is causing the danger. They must also not forget that aliens want to use Jean’s foreign powers to rule their world and the whole galaxy! 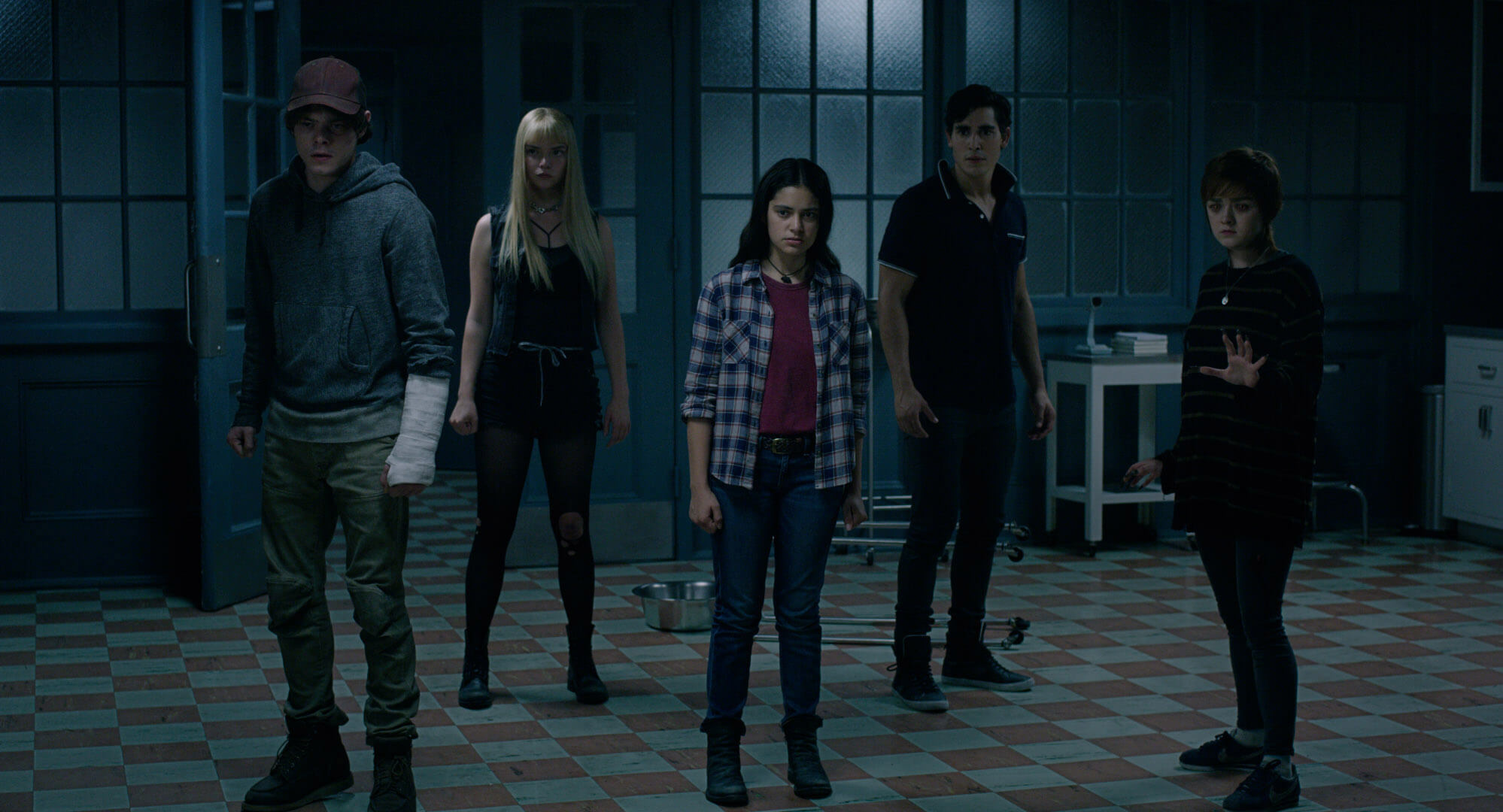 X-men movies in order, end with The New Mutants, at least for now. The film revolves around five young teenage mutants named Wolfsbane, Sunspot, Magik, Mirage, and Cannonball. These teens are held in a place without their will. They are actually undergoing treatment under a secret organization aimed at curing their threatening powers.

After just discovering their powers, their lives turn into horrifying realities as they begin to question why they are there and who wants to finish them. They have to escape their past and fight those who want to destroy them.

How to Watch X-Men Movies in Order? FAQs:

Is it important to watch x-men movies in order?

Yes, watching X-Men movies in order is important as it would give a clear sense of the storyline and its characters.

What is the next movie of the x-men series?

There is a halt in the production after the last film, The New Mutants. Whether fans should expect the next movie anytime soon is not yet confirmed.

This article is a complete guide for X-Men franchise fans who want to watch their favourite comic book heroes come alive. This guide provides all the information about watching X-Men movies in order, along with individual details regarding each film. So plan your next movie marathon with your friends or family and enjoy.