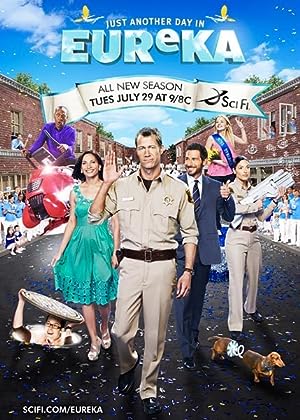 A U.S. Marshall becomes the sheriff of a remote cozy little Northwestern town of Eureka where the best minds in the US have secretly been tucked away to build futuristic inventions for the government which often go disastrously wrong