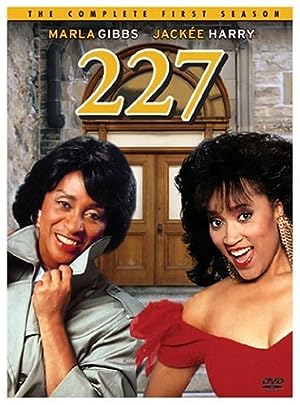 This series took place in an apartment building numbered 227. The cast would frequently be sitting outside on a large set of stone stairs, involved in some discussion that would unfold into the weekly plotline.