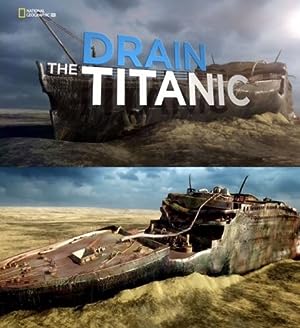 Computer-generated imagery and other visualization techniques reveal how it would look if all the water was removed from RMS Titanic’s final resting place.