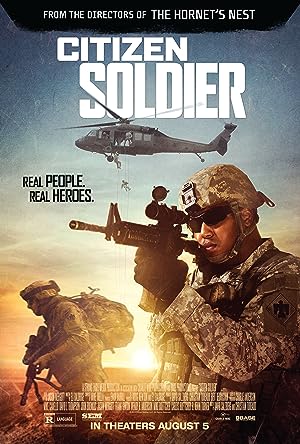 CITIZEN SOLDIER is a dramatic feature film, told from the point of view of a group of Soldiers in the Oklahoma Army National Guard’s 45th Infantry Brigade Combat Team, known since World War II as the “Thunderbirds.” Set in one of the