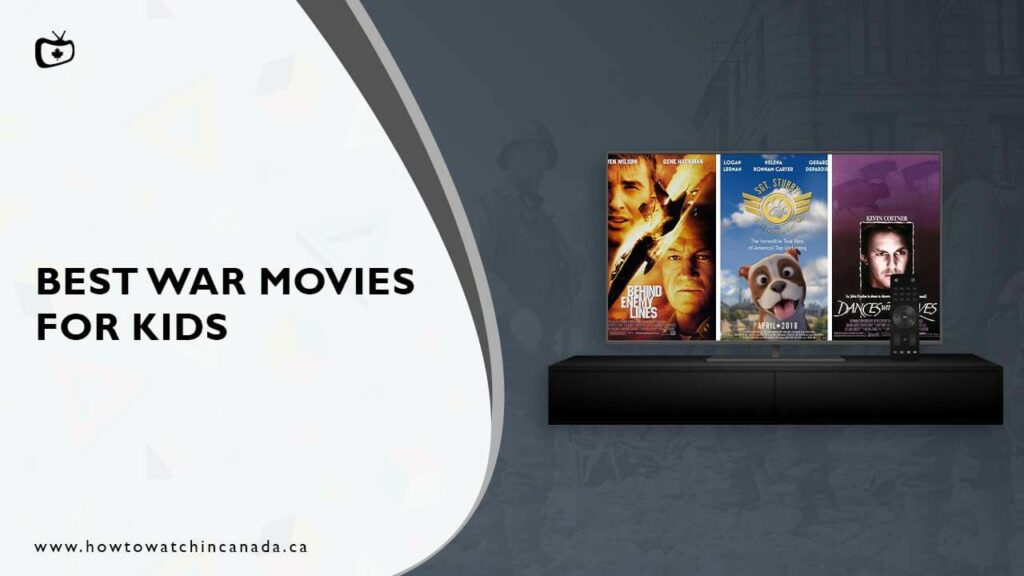 As a parent or caregiver, we know you’re exhausted with the never-ending stream of princess and barbie films, so we have a new genre we would love for you to try out with your children.

War movies are inspiring stories based on real-life fighters and rebels ready to risk everything to ensure that the coming generation will live in a safer world.

In this list of best war movies in Canada for kids to watch, we have notable films featuring performances by actors like Logan Lerman, Tom Cruise, and Mahershala Ali. So scroll through this list for some great options! 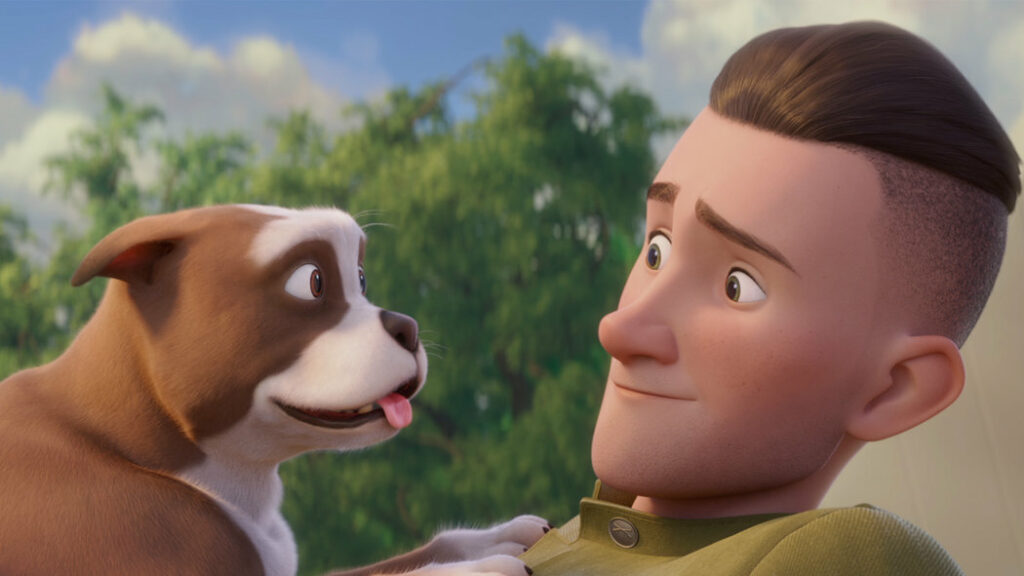 This wholesome story about how the blossoming friendship between a man and his puppy helped them overcome tragedy and loss during the war is a must-add to our list of best war movies for kids to watch. With the fight to end, all wars are looming.

A young army “doughboy” named Robert Conroy’s life changes when a small puppy with a stubby tail sneaks into camp while the troops of the 102nd Infantry Regiment train on the Yale University grounds. Conroy offers his new buddy a name, a family, and the opportunity to embark on the journey of a century.

Despite not receiving regular military working canine training, Stubby and his human friends are stuck in the trenches in France to fight the enemy.

Gaston Baptiste, a French infantryman, befriends the couple and joins them on their epic trip through harsh conditions and incredible acts of bravery. Stubby is the first-ever dog to be promoted to Sergeant for his brave actions. 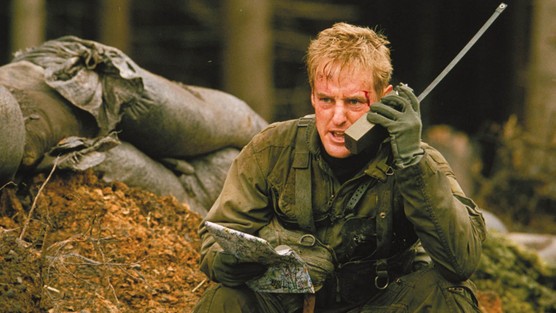 Pilot Chris Burnett never imagined that one day this would be his fate. His task was to monitor air traffic one night while flying over Bosnia when suddenly his jet was shot down by enemies.

Trapped in a jungle with the enemy’s army searching for him and the clock ticking, Burnett has nothing with him except a photo of his wife and children waiting for him back home. Determined to make it back alive, he escapes and figures out how to get back home. 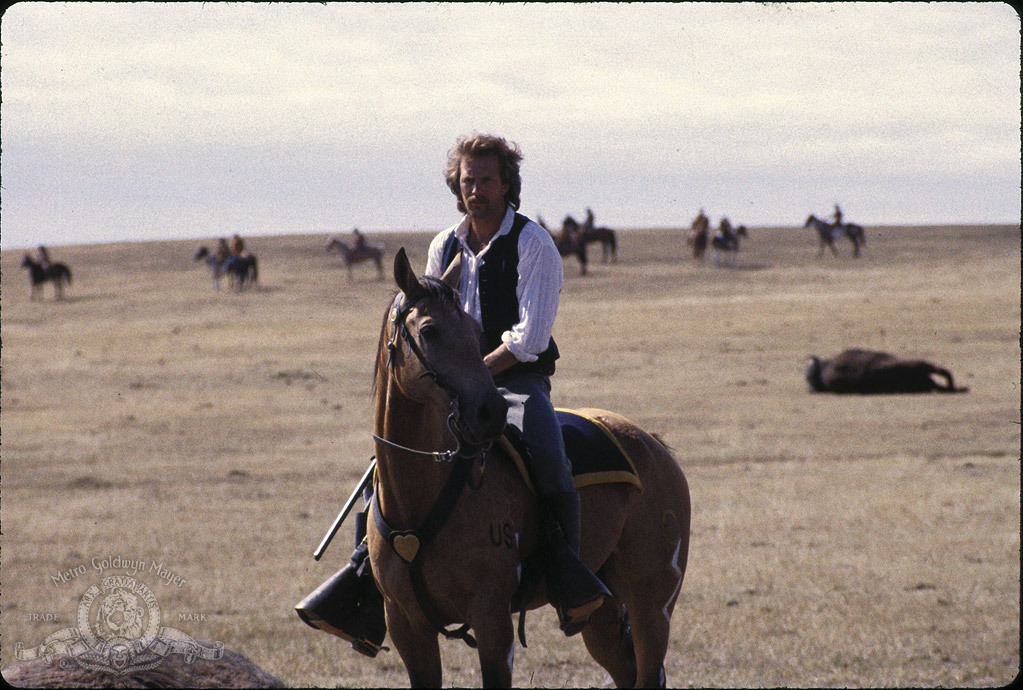 Lt John Dunbar is rewarded as an American hero after he returns from a successful mission during the Civil War. He is rewarded with the position of Colonel and moved to a new post on the Western Front. He gets there thinking he will encounter opposition from tribes and other enemies.

Still, instead, he comes to develop friendly relations with the Native American tribes, who teach him about their history and also give him the chance to witness how the American troops have destroyed their lands.

Enraged by the crimes of his people, John sheds his past teachings and begins helping the Native American tribe take back their land. 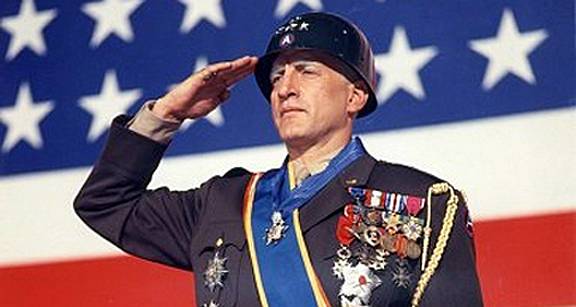 “Patton” chronicles the story of General George S. Patton, a famous World War II tank commander. The film follows his beginnings as belonging to a lower-middle-class family in Texas and how his father’s stories at night about World War 2 inspired him to want to serve in the army, which is why he dropped out of school at the age of sixteen.

Later, how Patton’s career transcended North Africa through the invasion of Europe and the defeat of the Third Reich. Side plots also discuss Patton’s numerous flaws, such as his temper and penchant for insubordination, flaws that brought his downfall and from being relieved as Germany’s Occupation Commander. 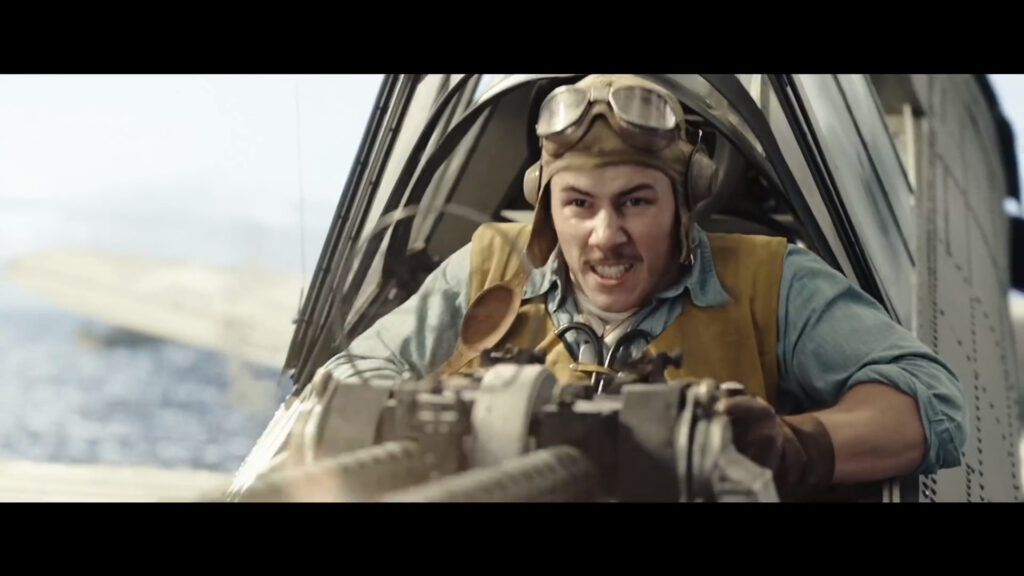 The Battle of Midway was the most intensely fought for three weeks between the American military and the Japanese forces. Its outcome played an essential role in how the USA established itself as a global empire.

This documentary looks back at the high stakes and tensions during this time and interviews several former soldiers and colonels who recall how they had managed to overcome the odds with limited time and dwindling resources. 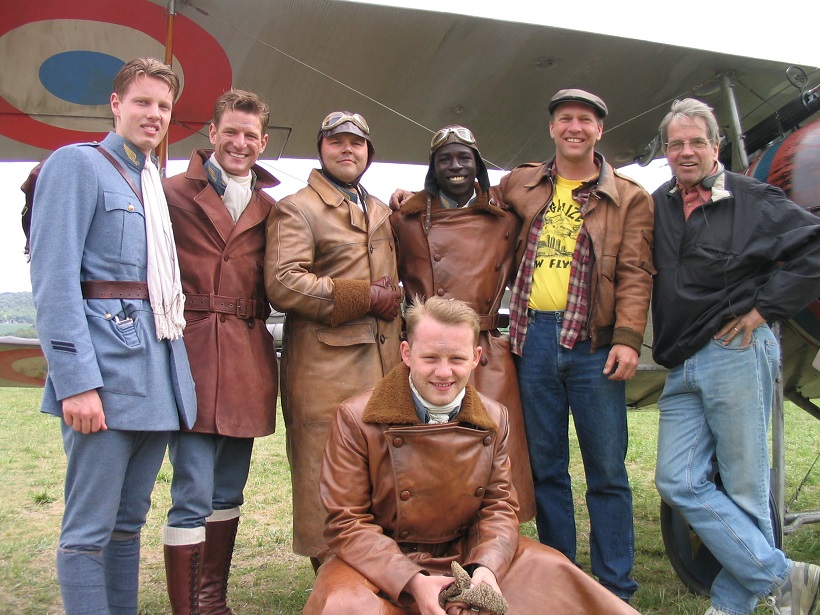 Some American youngsters who had been friends since high school decided to serve in the French army when World War 1 began. As a result, they became the first American fighter pilots and formed the Lafayette Escadrille, whose feats and heroism became legendary.

This group consists of a Texas rancher, an eager Nebraska boy, a Black boxer already in France, and a New York swell as they arrive green for training.

The Texan, Rawlings, falls in love with a young woman he encounters at a brothel. They have their baptism by fire when German planes intercept them on their first mission and progress to heroism.

Moreover, you can also watch IFC TV in Canada for more movies like this. 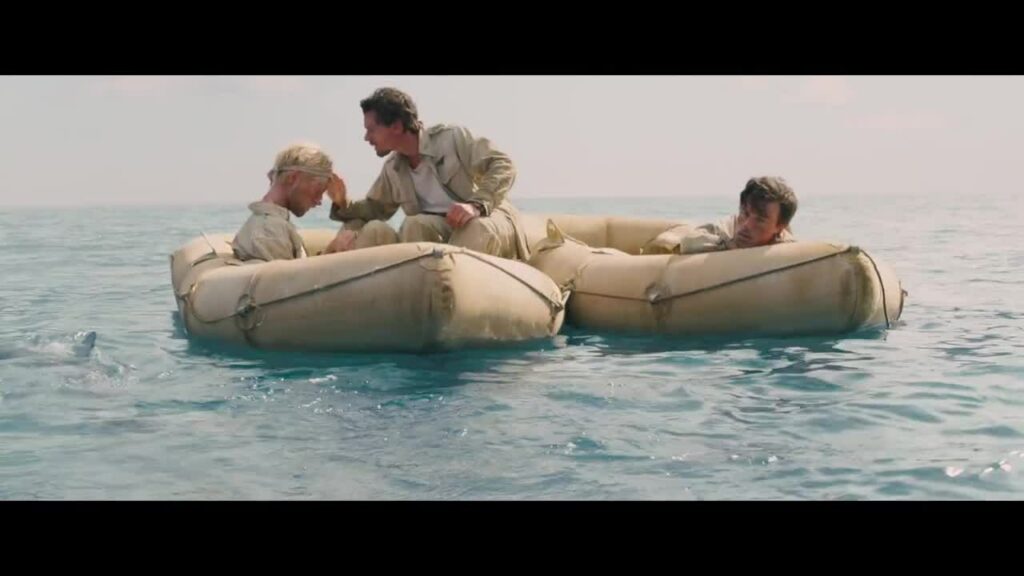 Louis Zamperini is an Olympic running athlete who is inspired to join the army during World War 2 when a high school friend confesses that he dreams of creating a better world for his son than it is currently.

He offers his services to fight for America against the Japanese forces when he is captured and imprisoned in a Japanese camp in Tokyo during the battle. With the clock ticking as the rest of his colleagues die at the hands of Japanese soldiers, Louis recalls how he had to fight for his life to escape and come back home to his family alive.

Andrew, Paul, and Simon are three African-American soldiers who have suffered from racial discrimination and abuse during the Jim Crow era.

With World War 2 looming across the country as Japanese and German forces threaten destruction and doom, these three men take it upon themselves to lead the airwar forces and ensure they quickly win over the opposition.

But their exceptional flying skills and talent land them in the prestigious Tuskegee pilot program, where only the best pilots in the US military service can join. The city of Washington is wrung apart by the invasion of a North Korean army that holds all soldiers hostile and shuts down all buildings and operations of rescue. Hence, all citizens are stuck here at the mercy of the enemy.

Darren and Samuel are two teenagers who manage to escape with their friends to a cabin with the help of their dad but are horrified when the captain of the North Korean army Cho Hyung kills their dad and is actively searching for them.

Now armed with a few weapons and with their best friend Edward, a computer whiz, and Saara, a trained martial arts expert, the boys are determined to take revenge and drive out the occupation from their homes. 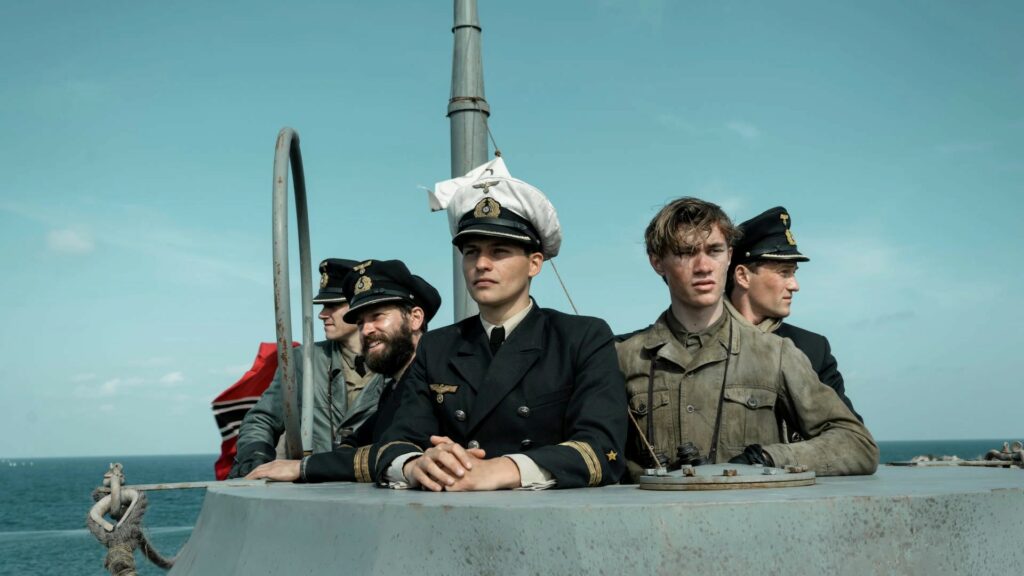 The new high-end series “Das Boot” tale begins in the fall of 1942, during World War II when submarine combat was growing increasingly severe. In occupied France in 1942, U-612 was preparing for its maiden trip, heading into increasingly bitter conflict with its youthful crew members, including the new commander, Klaus Hoffmann (Rick Okon).

As the Résistance gains control in the French port of La Rochelle, the plot follows a young submarine crew on a risky reconnaissance operation. The 40 young men struggle with the confined and claustrophobic conditions of living underground as they go on their first mission.

Among them is the beautiful Simone, who has the chance to save herself by working as a spy for France when she is still in love with her homeland Germany and her family members actively supporting the Nazi cause. Their personalities are tested to the breaking point as the war goes even more challenging, and their resources begin depleting as more and more survivors join them.

We want to ensure that our readers come to our page for movies that inspire them, enthrall and take them away from their dull environment for some time and transfer them to a make-believe land.

That’s why our list of best war movies for kids to watch features films that will keep you glued to your seat as they feature the struggles and survival of real-life heroes and how they overcame the odds and came out victorious at last.

And if you can’t find your best taste on the above list for your kids then I’m sure every kid loves thrillers try our detail on the best thriller movies in Canada.