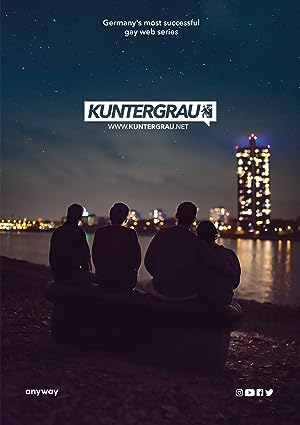 In Kuntergrau, coming out is part of the past while sex and love is mundane. A group of five gay friends between 17 and 24 deals with everyday problems and experiences the meaning of love, sex, and friendship.