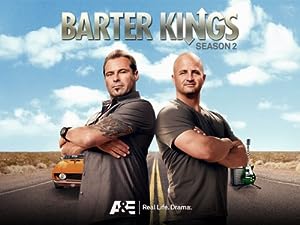 Barter Kings is an American reality television series on A&E in the United States. The series premiered on June 12, 2012. It features Antonio Palazzola and Steve McHugh as they trade items for better items without any currency exchan