Harry Potter Movies in Order: How to Watch in Canada 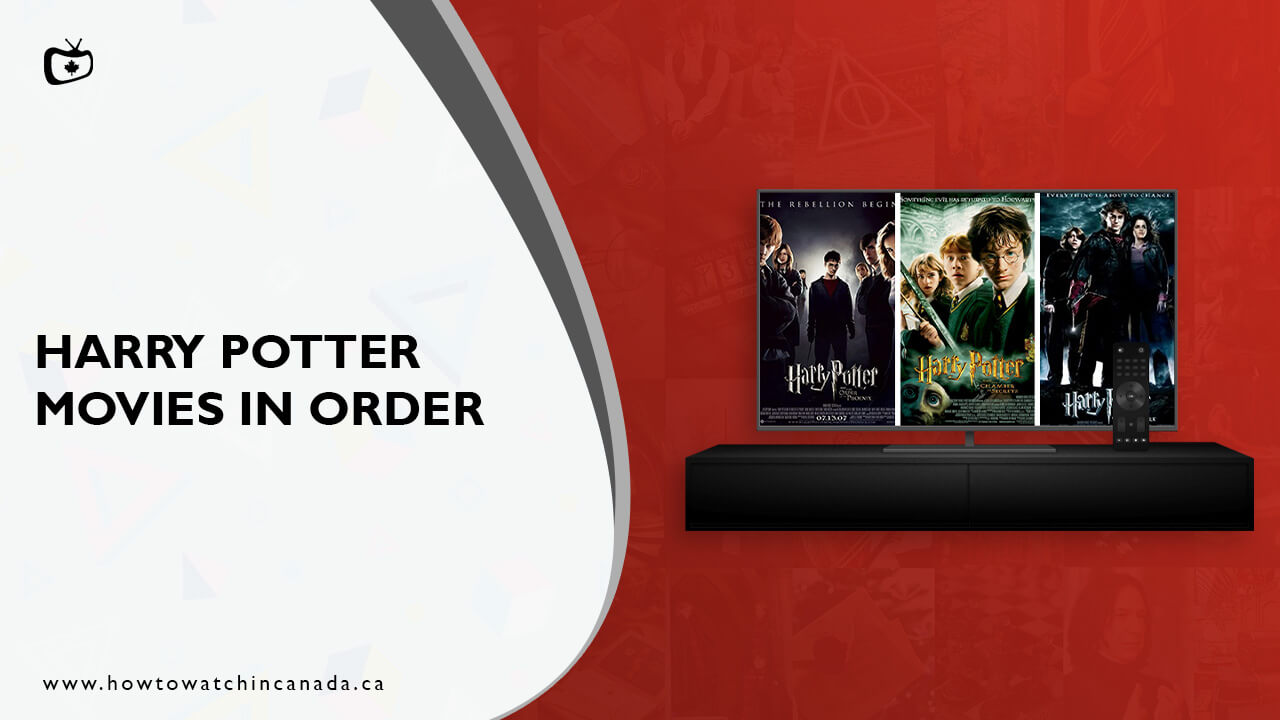 It’s almost been twenty years since JK Rowling’s realm finally became a cinematic experience instead of just existing in books. But, it’s never too late, if you know nothing about the Harry Potter movies because you still have a chance to jump on the bandwagon!

The best part about watching Harry Potter movies in order is that they strongly resonate with the books. You have noticed a couple of changes in the directors, but they’ve made sure that the movies don’t stray far from the original story. This makes them a treat for all the readers, as well as the people stepping into the magical world for the first time!

You probably thought that Deathly Hallows part two marked the end of the franchise. Let us give you a surprise because magic always finds a way! While the adventures of Harry, Ron, and Hermione did come to an end with the eighth movie, the Fantastic Beasts movies continue to amaze people.

It’s time to bid goodbye to the dark eras of the wizarding world and say hello to Newt Scamander’s everyday adventures. This doesn’t mean that you can’t revisit Harry and his friends, though, go through this guide, and you’ll know how to watch all the Harry Potter movies in order:

What Is The Right Order To Watch Harry Potter Movies In Canada?

The order of the Harry Potter movies is pretty easy to understand. The story is narrated over seven books in total, each book having life settled around one year at the wizarding school.

The movies follow a similar pattern, with the exception of the last movie, which is split into two parts, consolidating Harry’s chronicles in a total of eight movies.

Since the story is highly sequential, you might not understand what’s going on if you pick a movie from between. Want to add some good time with wizardry, make sure you watch all the Harry Potter movies in order.

The best part is that we’re here to make it simple for you to watch Harry Potter Movies in order, so you can relax knowing that you’re in capable hands.

You may understand everything you need to know in this detailed guide to make the most of these movies. We also guide the streaming platforms where you can watch Harry Potter movies online, including HBO Max.

Following is the list of Harry Potter movies with respect to their release date. So, if you are a binge watcher then this is the right list to watch Harry Potter in Order.

Harry Potter and the Sorcerer’s Stone (2001) 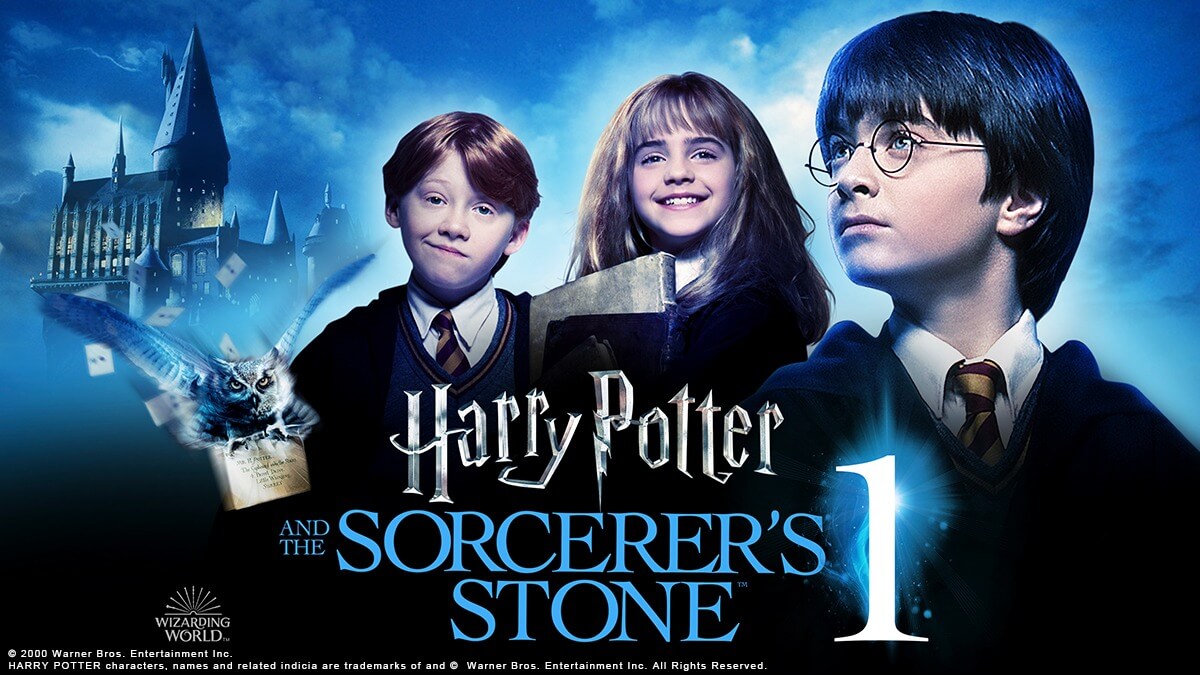 At the start of the insanely famous franchise, this movie marks Harry’s eleventh birthday. The night Harry’s blowing an imaginary cake, he finds out that he’s anything but ordinary, like his non-magical relatives.

The movie goes on to show Harry’s exciting life at Hogwarts School Of Witchcraft and Wizardry. While he makes lifetime friends, he also unearths dark secrets about his past.

Lord Voldemort, an evil, dark wizard, is the reason for his parent’s death, and now after eleven years, he’s back, searching for immortality with the sorcerer’s stone.

Harry Potter and the Chamber of Secrets (2002) 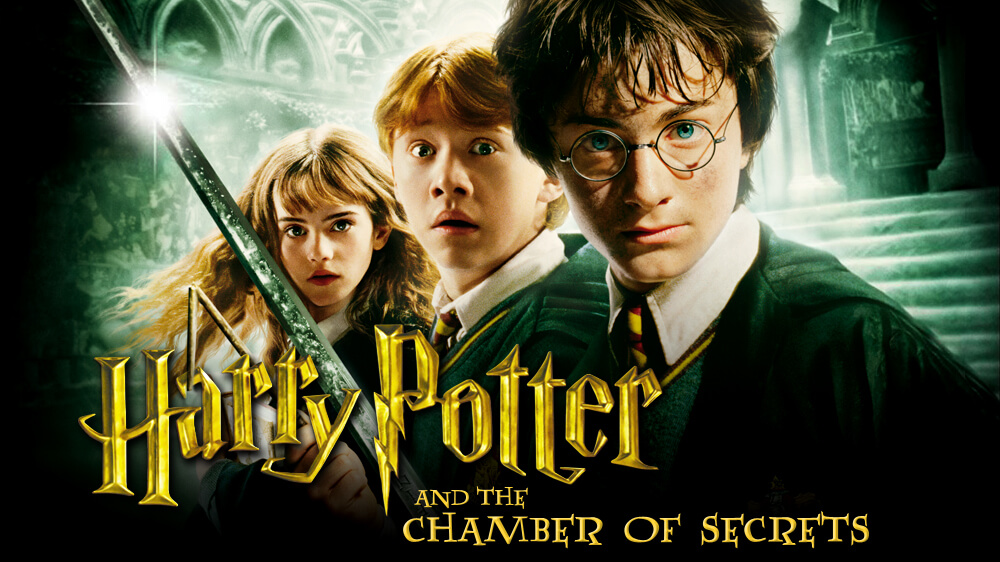 After Harry’s close shave with the dark wizard in the first movie, the young boy returns to his school for his second year. However, a frenzy of horror and panic creeps amongst the students when the alleged chamber of the school is opened by Salazar Slytherin’s heir.

Numerous petrifications have started taking place, and you find a student, animal, or ghost frozen lifeless every other day. Towards the end, Harry and Ron end up in the chamber itself, only to come face to face with the memory version of Voldemort.

Harry Potter and the Prisoner of Azkaban (2004) Harry and his friends think all their woes are gone when he kills Voldemort’s memory in the second movie. Little do they know, however, there is still a notorious, mass murderer on the loose, Sirius Black.

As the movie progresses, Harry finds out that Sirius is not only after his life but also the man who sold his parents to Voldemort. Harry, bitter to the core about Sirius, soon finds out that Sirius may be innocent and another treacherous animagus has been creeping amongst them for years. The third film may be an emotional watch because of new relationships unwrapping in front of harry. However, this movie will keep giving you thrills throughout!

The Triwizard Tournament is all set to take place after almost fifty years, spreading a wave of excitement amongst the students. The tournament has an age limit, though, but Harry finds himself competing in deadly tasks with his seniors.

From chasing dragons to getting hunted by mermaids, this movie has it all! The end marks the rebirth of Lord Voldemort as well.

Harry Potter and the Order of the Phoenix (2007) Lord Voldemort is at large once again, but the wizarding world is split into two groups of people; one who believes Harry and Dumbledore’s word about the dark wizard’s return, and those who choose to stay oblivious, thinking that the duo is lying.

Determined to build their best defense, Dumbledore’s followers decide to revive the long-lost Order of the Phoenix. At the same time, Harry and his friends are forced to put up with their new Defense Against The Dark Arts teacher.

Harry Potter and the Half-Blood Prince (2009) The fifth movie marks the tragic death of Sirius Black, a trauma that Harry finds hard to overcome in this movie. His recent encounter with the death eaters has left him more rebellious than ever before. Harry suspects Draco Malfoy, a fellow student, as Voldemort’s spy in the castle.

The chaos in the outside world aside, mysterious and fatal accidents have started to take place within Hogwarts, and Harry is certain that it’s Draco’s doing. At the same time, his private lessons with Dumbledore are getting more intense every day. After Dumbledore dies in the last movie, Harry is left all on his own to find and destroy all the Horcruxes. These Horcruxes are pieces of Voldemort’s soul, and the dark wizard can only be thwarted once all of them are destroyed completely.

Harry, along with Ron and Hermione, drops out of his last year at Hogwarts and sets out on a long and tedious journey. Meanwhile, the Ministry of Magic and Hogwarts get overthrown by death eaters, and magic’s dark, dangerous age is back again. Marking the end of Harry’s journey, this movie has a one-on-one battle between Harry and Voldemort. After hunting most of the Horcruxes, Harry’s visions tell him that the last two are hidden within the castle.

This has the trio finally come back to their old school and get down to business. Harry, instructing his two friends to keep the search going, decides to face Voldemort once and for all.

On his journey, he witnesses three things: all the hallows together, Severus Snape’s death, and how he never was the bad guy.

Fantastic Beasts and Where to Find Them (2016) 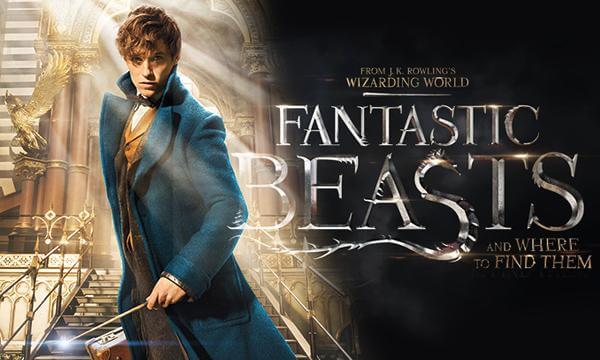 This movie goes back in time and shows the wizarding world in all its rawness. The story is about the adventures of Newt Scamander, author of the coursebook taught in recent times at Hogwarts. Newt is a great animal lover and has a unique briefcase full of magical creatures.

He takes care of them and keeps them in a world of his own so that he can study them properly. However, on one of his travels, the briefcase mistakenly gets unlocked, and several creatures escape the party.

Fantastic Beasts: The Crime of Grindelwald (2018) 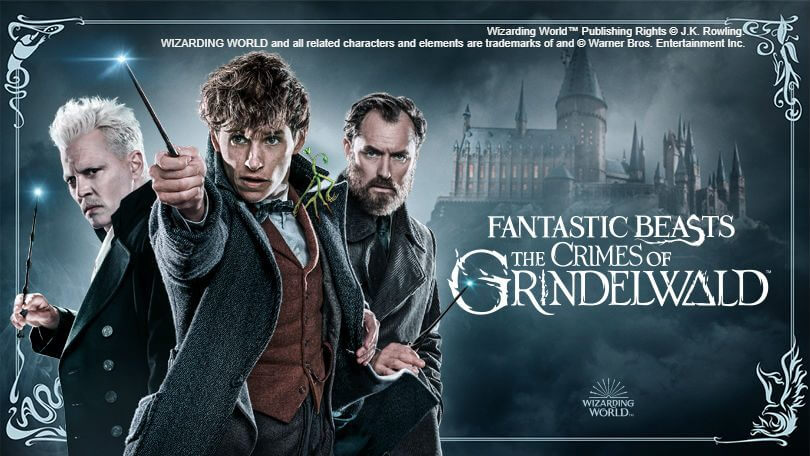 Still set in magical history, this movie shows you the rivalry between Dumbledore and his former friend, Grindelwald. Being a manipulator and a power-hungry wizard, Grindelwald wants all the pure-blood wizards to be superior once and for all.

Half-bloods, muggle-borns, and muggles are considered to be vermin by Grindelwald. Dumbledore soon realizes Grindelwald’s filthy plans and decides to take help from Newt. What follows is a chaotic battle between the two mega-powered wizards, surrounded by Newt’s peculiar creatures.

Fantastic Beasts: The Secrets of Dumbledore (2022) 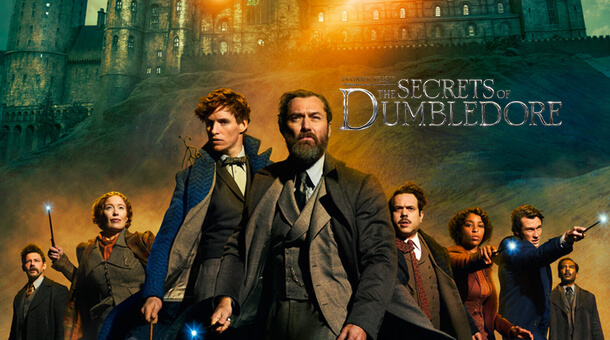 The recent addition to the Fantastic Beasts series, this movie continues to showcase the battle between Dumbledore and Grindelwald’s forces. Newt, his magical creatures, and other followers are trying hard to keep the evil wizard at bay.

However, their measures are not very effective, and Dumbledore must decide whether he wants to keep operating from behind or step into the big game.

Meanwhile, Grindelwald is becoming ever more successful at building his army. Find out whether he succeeds and mark the end of watching Harry Potter movies in order!

Both the movies are quite incomparable because of different storylines, but the Fantastic Beasts series always get an edge. This is because they take you through the history of the magical world so that you can understand where it all began. The Harry Potter movies are also more focused on the fictional aspect of the wizarding world.

Why Harry Potter movies have stopped?

Despite its success, Harry Potter movies had to come to an end because of the way JK Rowling crafted the plot. The story ends with the seventh book when Voldemort dies.

Since the movie strictly follows the year-to-year format in the books, an ending with the seventh movie was inevitable. The best they could do to increase the hype and cover all the details was to split the last movie into two parts.

Who was in all 8 Harry Potter movies?

Most of the cast remained the same throughout all eight movies, including Daniel Radcliffe, Emma Watson, and Rupert Grint. Dumbledore’s character had different actors throughout, but JK Rowling did have a preference for British actors, even with the re-castings.

However, exceptions were made for Mad-Eye Moody and a couple of other actors.

The release of Fantastic Beasts 3 remained disputed for a long time because of the creative company’s disagreements with some actors. However, the third film, Secrets Of Dumbledore, was finally released in the middle of 2022.

Are the Harry Potter movies on Peacock or HBO Max?

Up until 2020, HBO Max was home to all eight movies of the Harry Potter saga. However, after a couple of updates, HBO lost its rights to the movies, and Peacock replaced the ownership. As of today, you can stream all eight movies on Peacock but not on HBO.

The Harry Potter movies have been a significant part of every Gen Z’s childhood. However, the series has fans of all ages who are spread all over the world. The movies were so successful that when Deathly Hallows’ last part was about to release, its posters had no title.

Just the faces of Harry and Voldemort, and that was enough for the public to know that the series has its last part airing soon.

The best part is that you don’t have to worry about where to start. All you need is to go through this guide, and you’ll know all about how to watch the Harry Potter movies in order.

However, you can also watch Harry Potter movies on Netflix, and some of thebest thriller movies in Canada on other streaming platforms.

Make sure you don’t cheat, though, because every part is interlinked to the last, and missing out on any one of the movies might make you feel lost while watching the next one.

We hope that binge-watching makes you a die-hard Potterhead like millions of others!