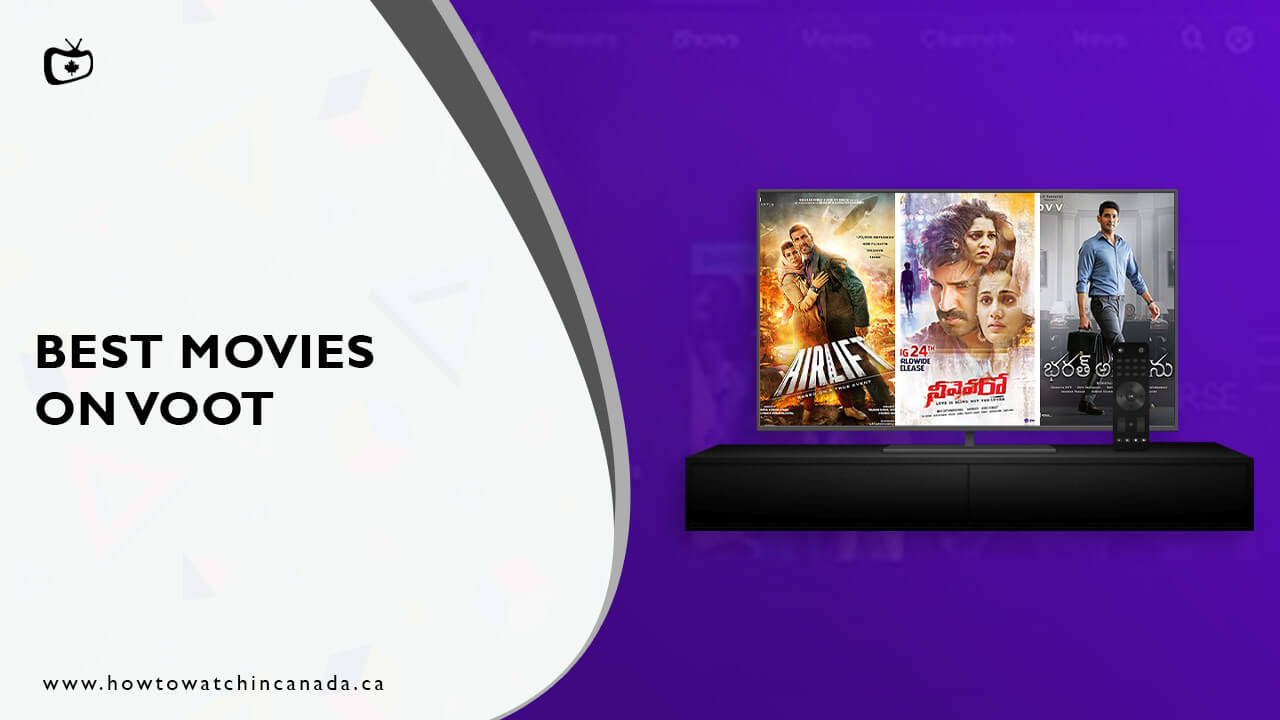 Are you searching for the best movies on Voot to watch right now? You are going to love this blog, then. It offers the most exciting and entertaining Voot movies, and we guarantee they will keep you hooked until the end.

Thanks to Voot, many people enjoy Bollywood content on the best OTT network. In fact, it is one of the best streaming platforms around at the moment, especially for Bollywood fans. With an enormous library of movies and TV shows, you’re sure to find something that suits your taste.

Even though the service is only available in India, you can still watch Voot in Canada if you use the top streaming VPN like ExpressVPN!

Here is a list of the best movies on Voot, perfect for tonight’s entertainment or your weekend movie marathon!

Airlift follows a powerful industrialist in Kuwait named Ranjit Katiyal, who, thanks to his connections and knowledge of the local people and lands, sets up a labor station to house Indian refugees during the conflict in 1990.

In order to ensure the safety of Indians, he also collaborates with the Indian administration and engages in negotiations with the Iraqi government.

The actual migration, which is the greatest humanitarian evacuation in history, required 488 Air India flights over the course of 59 days.

Airlift is one of the best movies on Voot and will have you on the edge of your seat.

Bharat, who was brought up in London, is an ordinary young man who hasn’t decided what he wants to do with his life after graduating when circumstances compel him to take on the position of Chief Minister of Andhra Pradesh.

He is unfamiliar with the region and has no prior political experience, picks up the reins fast and leads well. While winning over the public, he alienates the political elite, including his own party members.

Can the rookie CM transform society despite the opposition he faces from both within and outside his political group?

Kalyan is a well-known chef who is blind with extraordinary mental acuity. Vennela enters his life, and she and Kalyan click right away. At the same time, she is being harassed by her lenders, who are pressuring her to repay her massive loan or suffer dire repercussions.

Kalyan, who has already fallen hard for her, pledges to help her. However, he gets involved in a car accident; when he wakes up, Vennela is no longer there, but his vision has returned.

The movie follows Kalyan as he arrives in Vijayawada in pursuit of his missing lover, where he discovers a depressing truth.

The movie centers on Sunaina Verma, a professional woman who works for a jewelry design company owned by the womanizing Raj Malhotra. Raj seeks revenge on Sunaina for humiliating him by slapping him in public.

He bets his pal that he will seduce her but soon falls in love with her. The road to love, however, is paved with unexpected story twists like an intrusive family friend, a hidden past, and a woman’s ultimate thirst for vengeance.

Who will triumph in this game of deceit and heartache?

Raju, a laundromat worker, and Shyam, a jobless adolescent, stay at the residence of mechanic Baburao. The trio has big aspirations, and one night they receive a phone call from a kidnapper named Kabira.

They decide to use this cross-connection to solve their financial issues by pretending to be the actual kidnappers, raising the desired ransom, keeping the extra money for themselves, and then paying Kabira the initial ransom amount that he has demanded.

Will they be successful with their plan, or will everything go horribly wrong?

If you’re a fan of comedies, this is one of the best movies on Voot.

This epic narrative centers on two childhood sweethearts whose love is crushed by India’s severe class system. Devdas, a young man, is sent by his affluent family to study in London. When he returns, love blooms once more, but this time, the families are against the relationship because Paro belongs to a lower caste.

After some time has passed, Bhuvan Choudhry, a considerably older man with children about Paro’s age, is arranged to marry her by her parents.

Devdas is severely bound to alcohol as a result of this misery, which also destroys his heart. The movie tracks Devdas as he makes his way toward self-destruction.

The film chronicles the brutal ascent of Shahid Khan’s son Sardar and his progeny, who were inspired by the actual escapades of street gangs. It starts with Shahid Khan’s bandit-like lifestyle in the 1940s.

The film reflects with savage cinematic passion the turbulent and rapid rise of contemporary India.

The least probable of Sardar’s offspring, Faizal, comes to the head of the Khan criminal family and swears ruthless vengeance on their long-standing foe, the cunning and invincible Ramadhir Singh.

With such a high rating and thrilling plot, this is one of the best movies on Voot.

He chooses to run for office since he is struggling to get deals, but his competitor, Ghenda Singh, hires Babalu, a hitman. The latter happens to be the nephew of Sunder, Chhoti Rani’s driver, to assassinate Aditya.

After being hired by Aditya, Babalu adapts to his new position and tries to fit in, even with Chhoti Rani, whom he finds appealing.

Soon after learning that she harbors affection for him as well, he begins making preparations not just to complete the duty given to him but also to replace Saheb.

Khalu and his nephew, Babban, escape with money that belongs to Khalu’s brother-in-law, Mushtaq. They had hoped to move to Nepal with the support of Vidyadhar Verma, but they soon find out he has passed away and briefly take refuge with his lovely widow, Krishna.

When Mushtaq finds them and asks for his money back, they attempt to get it but discover it’s gone. The unfortunate pair, now desperately in love with Krishna and unable to solve the riddle of the stolen money, have no idea what’s in store for them.

This is one of the best movies on Voot and will keep you guessing till the last minute.

Rocky, whose name inspires dread in the hearts of his enemies, is the new ruler of Kolar Gold Fields (K.G.F), a place strewn with blood.

Rocky is revered as their savior by his supporters, while his foes plot his demise, and the state views him as a danger to public order.

The film follows Rocky as he faces bloodier wars and gloomier days and pursues undisputed dominion.

Vidya Bagchi, who is seven months pregnant and flying in from London, makes her first stop at the neighborhood police precinct to file a missing person report for her husband, Arnab, who came to India for work a few weeks ago.

They spoke on the phone every day for the initial two weeks, but suddenly, for no apparent reason, he stopped calling. No matter where Vidya goes, nobody can recall Arnab. Will Vidya ever learn the truth?

Rani Mehra is a young Delhi girl raised in a caring, watchful Indian family that makes all her decisions for her. After being dumped by her fiancé soon before her wedding, Rani is forced into a position where she ultimately takes the most unexpected choice of her life.

In a secluded and steep Goan village, Vijay Salgaonkar oversees a cable TV network. He enjoys his life with his wife Nandini and their two children. His biggest passion in life is watching films, so much so that he doesn’t mind staying up all night at his workplace binge-watching!

A strange chain of circumstances leads to the disappearance of a young teenager, the son of a no-nonsense, headstrong police officer. I.G. Meera Deshmukh and the Salgaonkar family are the main suspects.

Will a middle-class, honest guy be able to defend his family against the persecution of the wealthy?

Amar and Prem are arch enemies from middle-class homes with limited opportunities for career progression. Without informing the other, they both independently choose to take things into their own hands and look for cheap ways to get money.

On the other side, multi-millionaire Ram Gopal Bajaj’s twin brother Shyam intends to get rid of Ram and adopt his image in order to acquire the Bajaj family estate, but confusion and enmity ensue when Amar and Prem show up to compete for the daughter of the multi-millionaire. 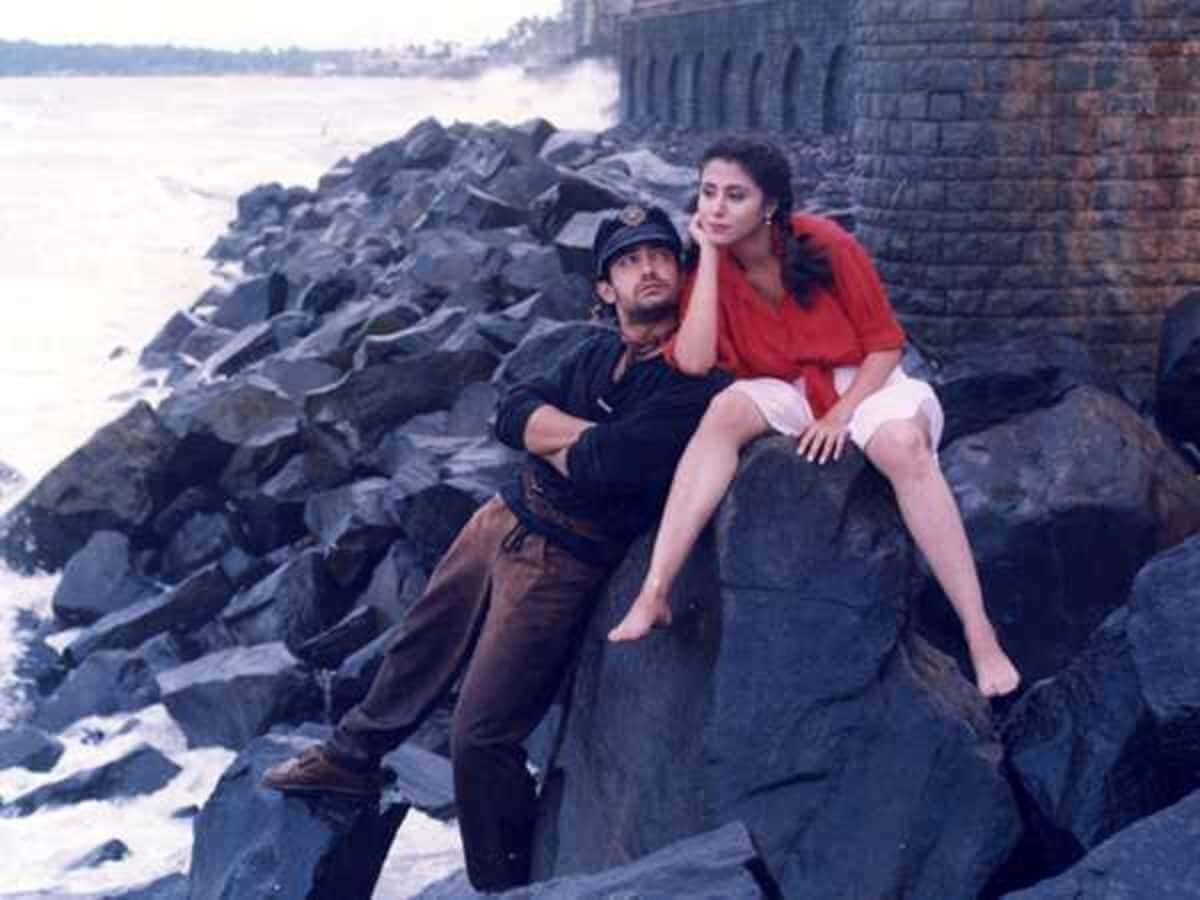 Despite coming from a middle-class household, Mili Joshi aspires to become a successful movie star. She strives for this desire with encouragement from her childhood friend Munna and is granted an opportunity when film star Kamal sees her perform.

He chooses to be her guru and suggests she be cast as the lead in the film “Rangeela.”

Kamal and Mili become pretty close during this period, and he intends to propose to her, whereas Munna is left all by himself, cut off from the vibrant and glitzy world of films and artists.

So, there you have it – we have covered the 15 best movies on Voot to watch right now. How could we not? After all, Voot is already one of the best OTT networks, and it’s only getting better with each passing day! We hope you have fun streaming these films.