Best Shows on 9Now in Canada in September 2022 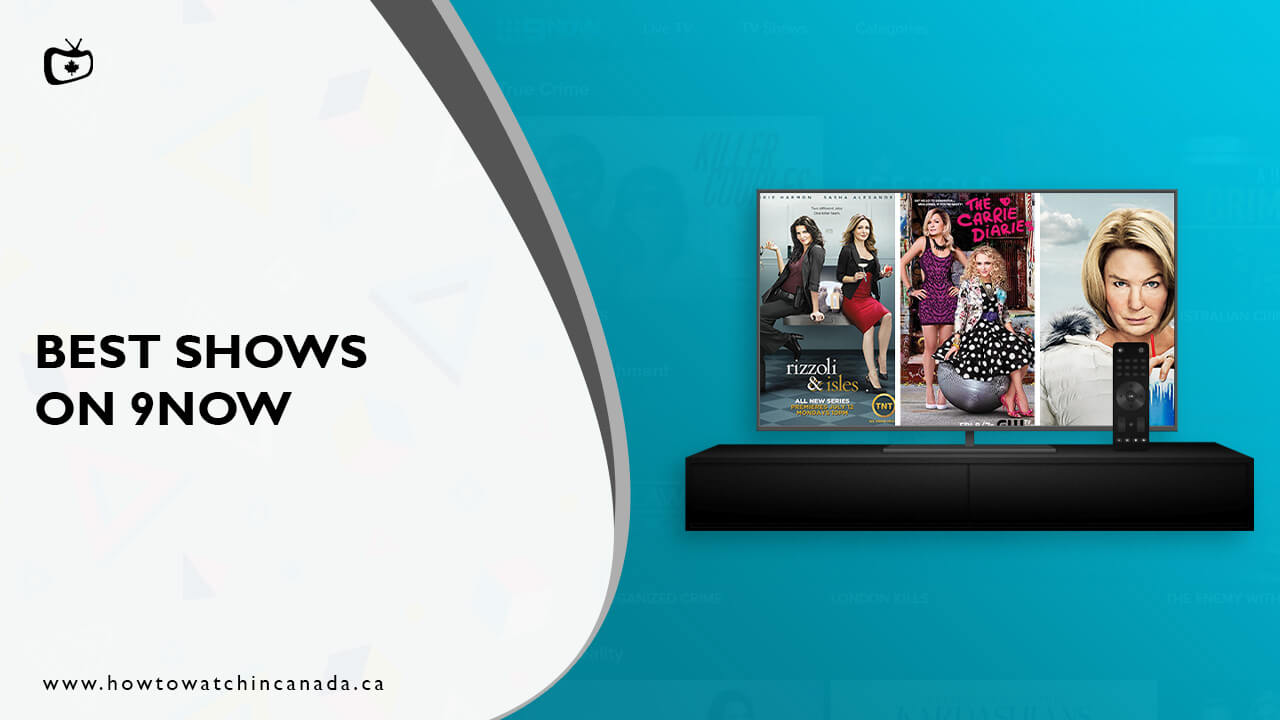 If you are interested in viewing entertaining content on 9Now in Canada but can’t find a perfect show to watch and wondering what shows are on 9Now then you don’t have to worry about that anymore!

The top 9Now shows in Canada are available right here. Some of the best ones are Rizzoli & Isles, The Thing About Pam and Love Island.

All titles on 9Now have been classified by how popular they are to make it simpler for you to discover new shows to like.

So head out to this streaming platform and discover the latest shows or choose any of the following recommendations in this list.

What are the Best Shows on 9Now in Canada? [Most Updated]

There is a big list of shows on 9Now and how to choose the best one without wasting time, we have made your problem easy by giving the following list of 14 best shows on 9Now in Canada: 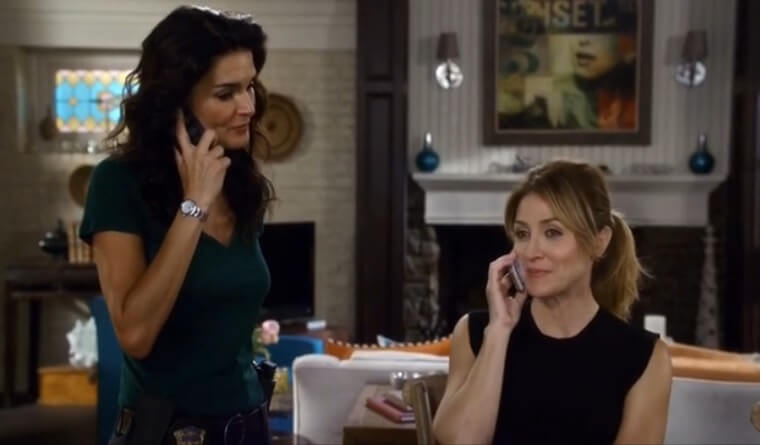 When Jane and Maura approach the 3-mile mark of the Massachusetts marathon, they discover another runner lying unconscious on the road. Jane is worried that if the identity of the guy who was shot becomes public, it will cause fear among the 500,000 people who have come to see the race.

Runners are suspected of being the killers of two men who were shot at 12 miles. The guys discover they went to high school with Frost and Korsak, who are now back in the workplace. They also find that they and a third student were acquitted of a brutal rape.

The police had to act fast when they saw that a third guy was also among the runners since someone was out for retribution. 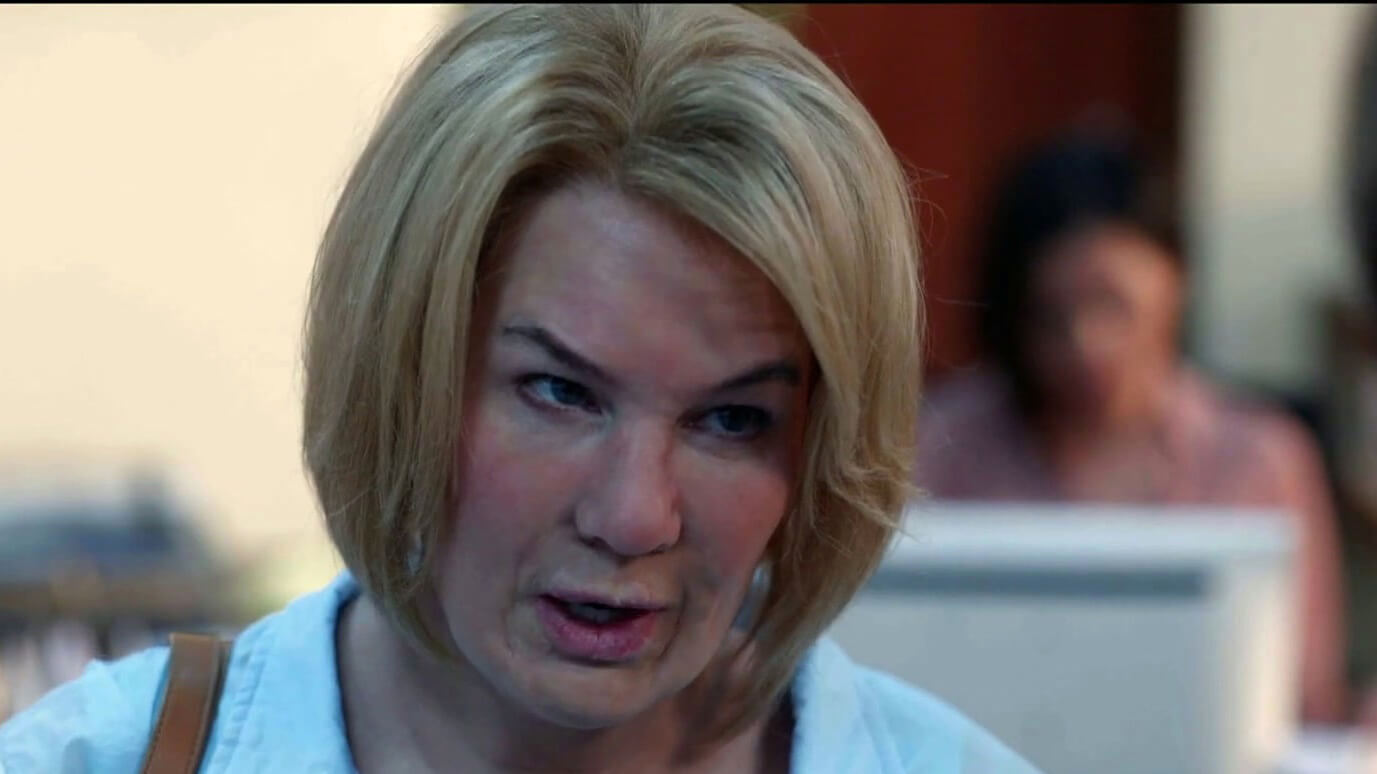 Even though he swore that he wasn’t the one who murdered her, based on the death of Betsy Faria in 2011, which led to the conviction of her spouse, Russ.

This heinous act was the starting point for a series of occurrences that led to the exposure of a devilish plot that heavily included Pam Hupp. 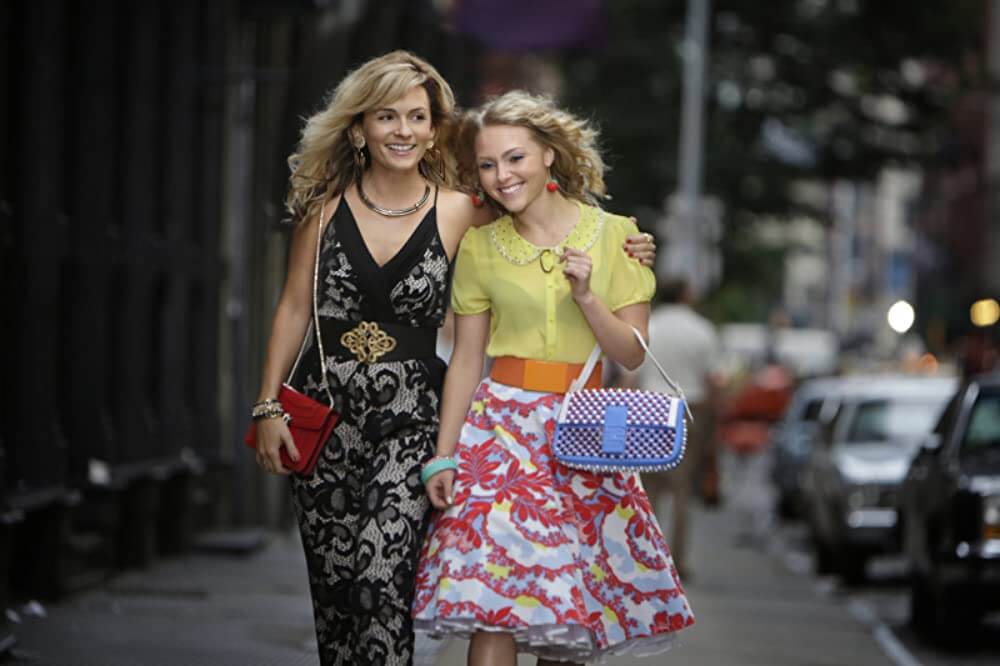 The year is 1984, and Carrie Bradshaw from “Sex and the City,” who lived in Connecticut as a teenager before she met Mr. Big and wore Manolos, is trying to come to terms with the loss of her mother.

Her father is stressed out, and her sister is a troublemaker. Carrie, who is unhappy with her life in the suburbs, seizes the chance to work as an intern at a legal firm in Manhattan, where she may see both the glitz and the gritty reality of the big city.

After meeting Larissa, a fashion editor at Interview magazine, who takes Carrie out to various nightclubs and exposes her to a variety of fascinating individuals, Carrie is motivated and concludes that there is no turning back; she was destined to live in New York. 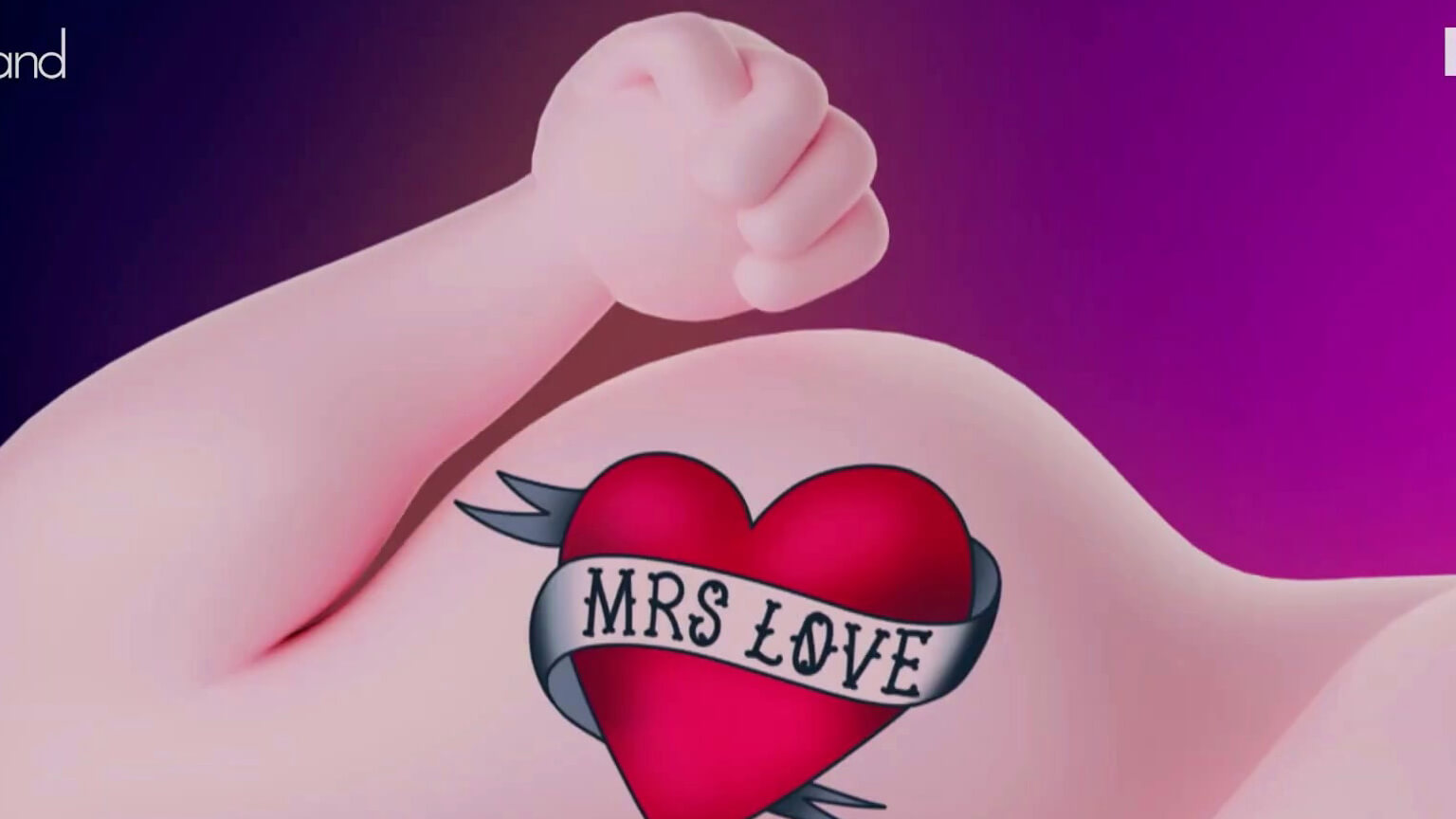 The story is based on a UK series with the same name, and it follows a group of single people who call themselves “Islanders” who meet in a lovely villa in a beautiful tropical locale.

They are looking for love, but they know that the path to finding it won’t be easy since not only do they have to make an intelligent choice about who they want to be with, but they also have to gain the favour of the general public.

As the Islanders work together and forge new bonds, they are faced with several difficult obstacles and dramatic plot turns in their quest to claim the grand prize. The viewers have the ability to influence the events that take place on screen as they watch the relationships progress.

Ultimately, they will choose one lucky pair as the victorious couple, each getting a monetary award. 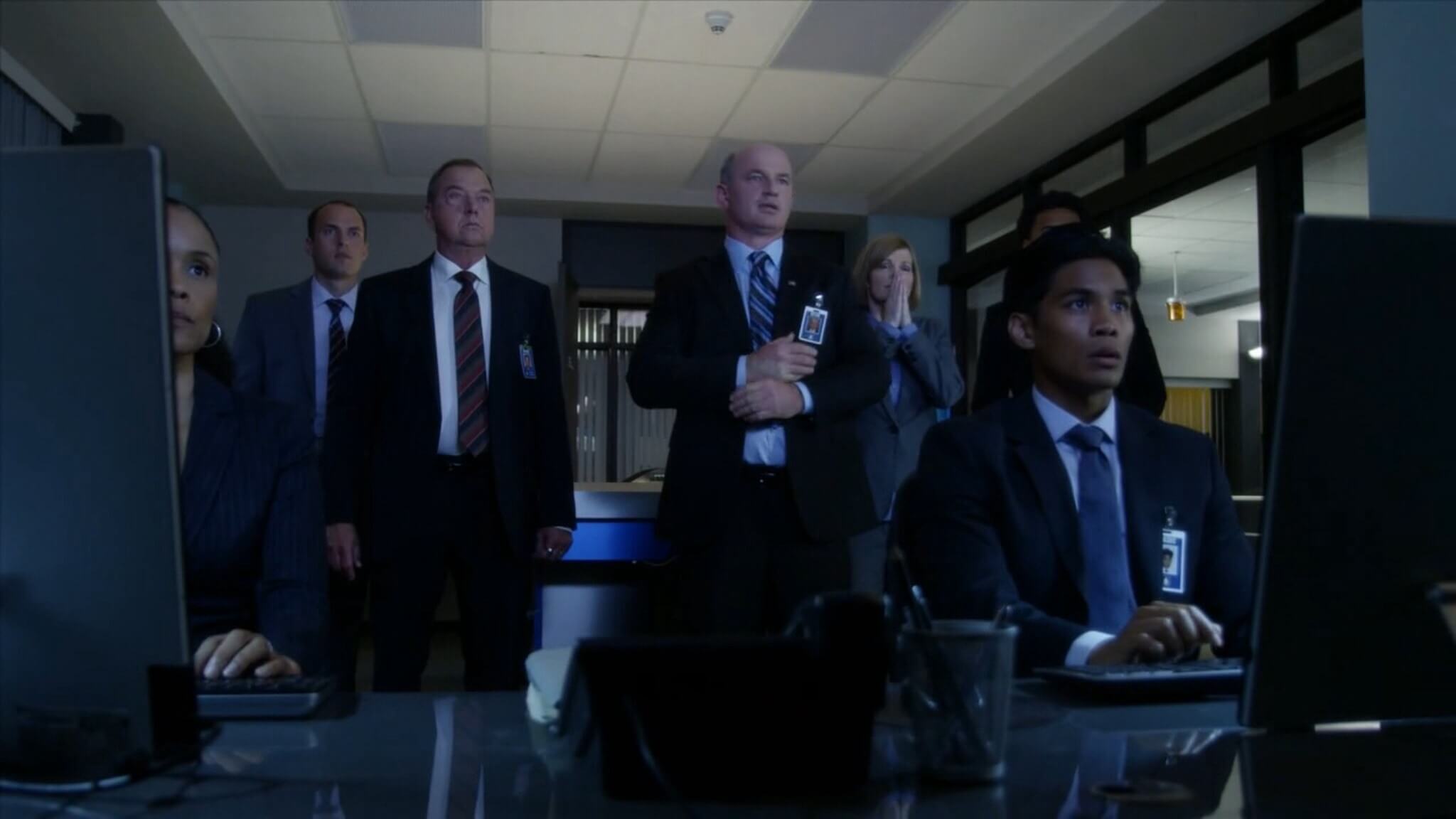 Just removed from her upbringing on a farm, Annie Walker is tasked with adjusting to the demanding lifestyle of a CIA agent under the direction of Auggie, her handler.

But she quickly concludes that the reason for her recruit may not be her skill but rather her most recent lover.

A recent hire at the CIA is a woman by the name of Annie Walker. Annie has been sought out for her linguistic capabilities due to the fact that she is proficient in six different languages; yet, it is possible that she was employed due to someone from her past.

Annie receives assistance from a blind tech operator who goes by the moniker Auggie. Auggie guides Annie through the stressful work. 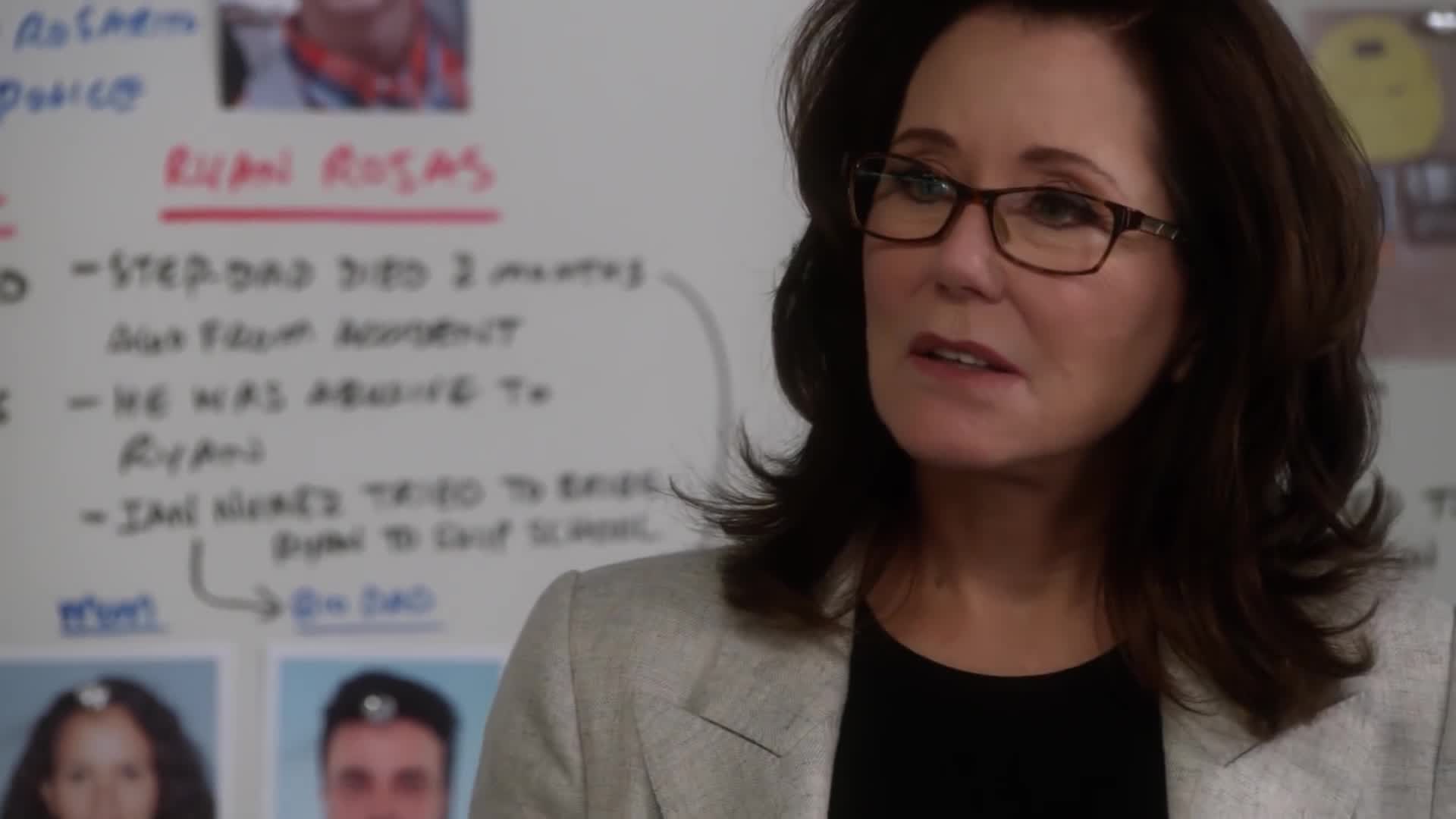 The seven-person team is led by Captain Sharon Raydor, who is known for her intellectual prowess as well as her even-keeled demeanour, all of which contribute to the team’s success in solving high-profile murder cases.

In addition to managing the show, Raydor is responsible for guiding and protecting her adolescent charge, who is a witness to a horrifying crime and has found a haven among the members of the major-case team. 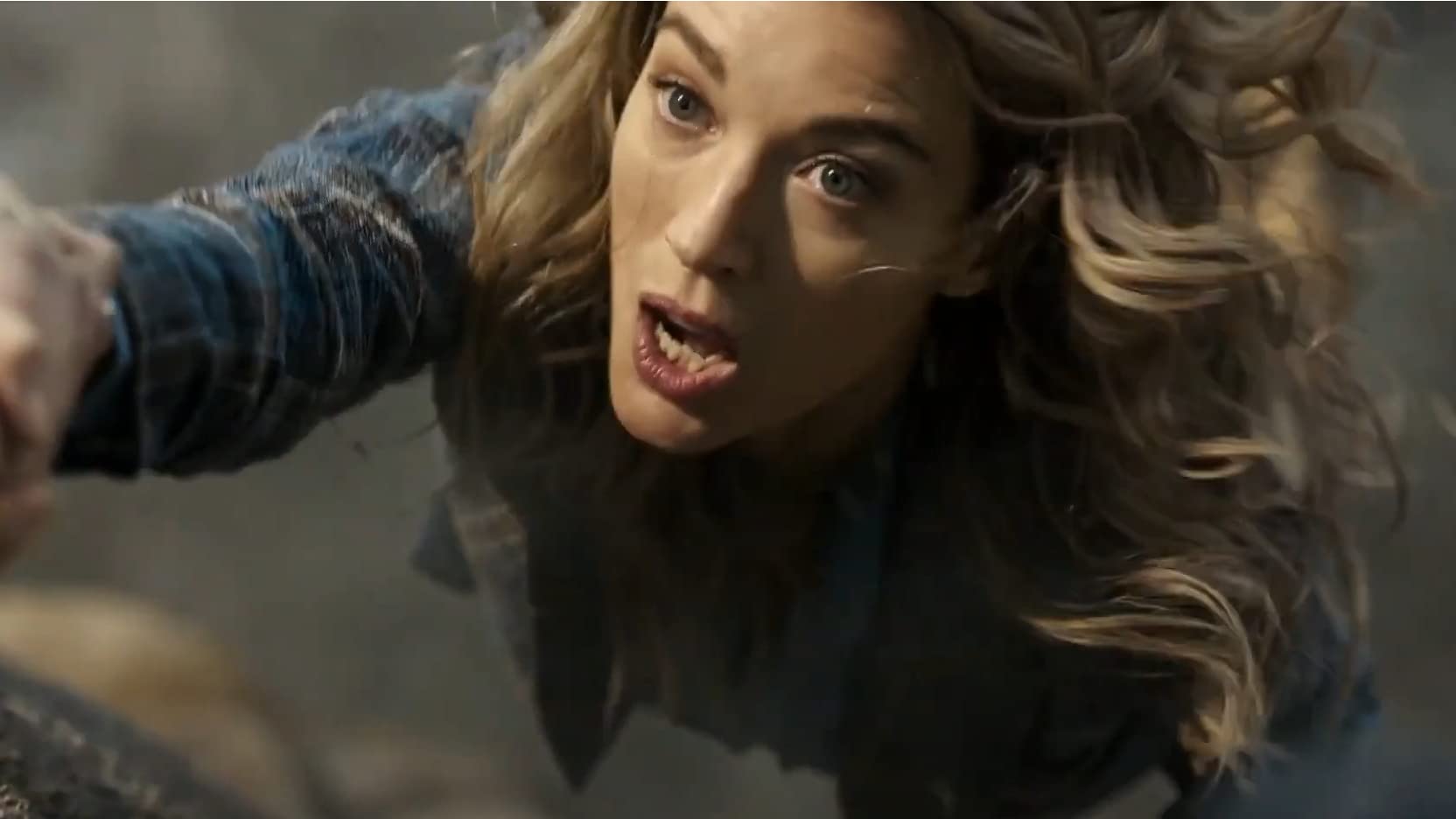 A massive sinkhole arises out of nowhere in the heart of Los Angeles, separating a family into two distinct worlds. A mother and her little son are stranded in a primitive area with a large group of strangers and must figure out where they are and how they can return home.

As a result of the catastrophe, only one member of the family, the daughter, survived. Her father, who has a history of mental illness, is an unexpected choice to aid in unravelling the mystery and reconciling his family.

Only time will stand in the way of them finding their loved ones if he realizes that his visions are the key. 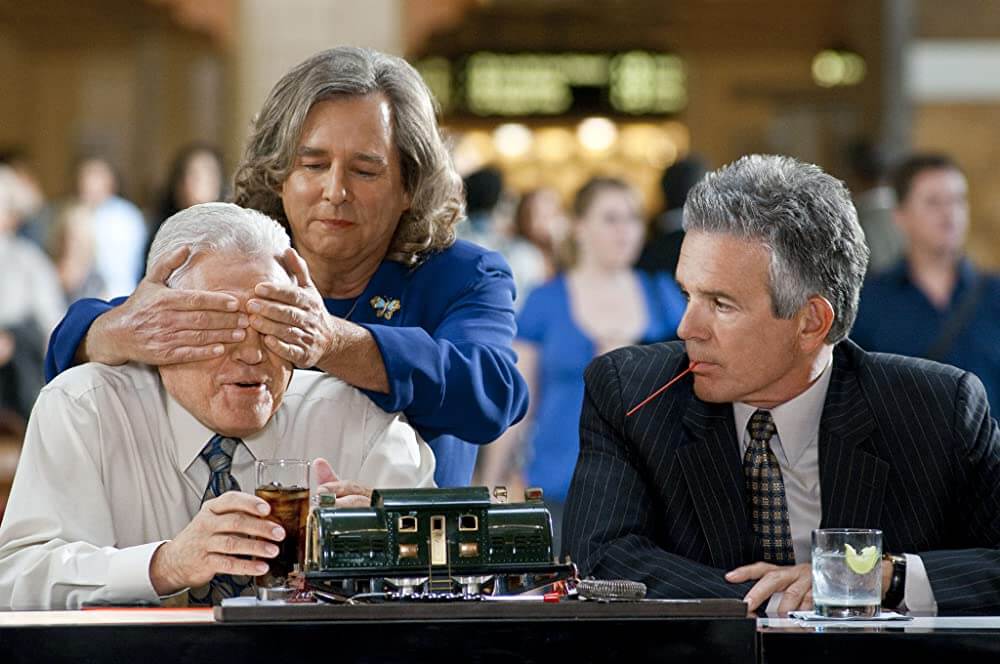 A former police officer Brenda Leigh Johnson, in Atlanta and a CIA-trained interrogator, has been promoted to the position of Deputy Police Chief in the Los Angeles Police Department. She will be in charge of her exceptional team of policemen in this role.

Her peculiar method for collecting confessions, blatant disrespect for politics, and southern drawl all contribute to the fact that she is a suspect. Despite all of her boasting and arrogance, she still has the title of “The Closer.”

After a rough but otherwise ordinary journey, the passengers and crew of Montego Air Flight 828 were relieved when the aircraft successfully landed.

But in those few hours, the globe had grown five years; after grieving their loss, their friends, relatives, and coworkers had given up hope and gone on with their lives.

However, as their new facts become more apparent, a more profound mystery begins to unravel, and some of the returning passengers eventually realize that they may be destined for something bigger than they ever believed was imaginable.

Now when they are up against the unthinkable, each of them is offered a second opportunity. 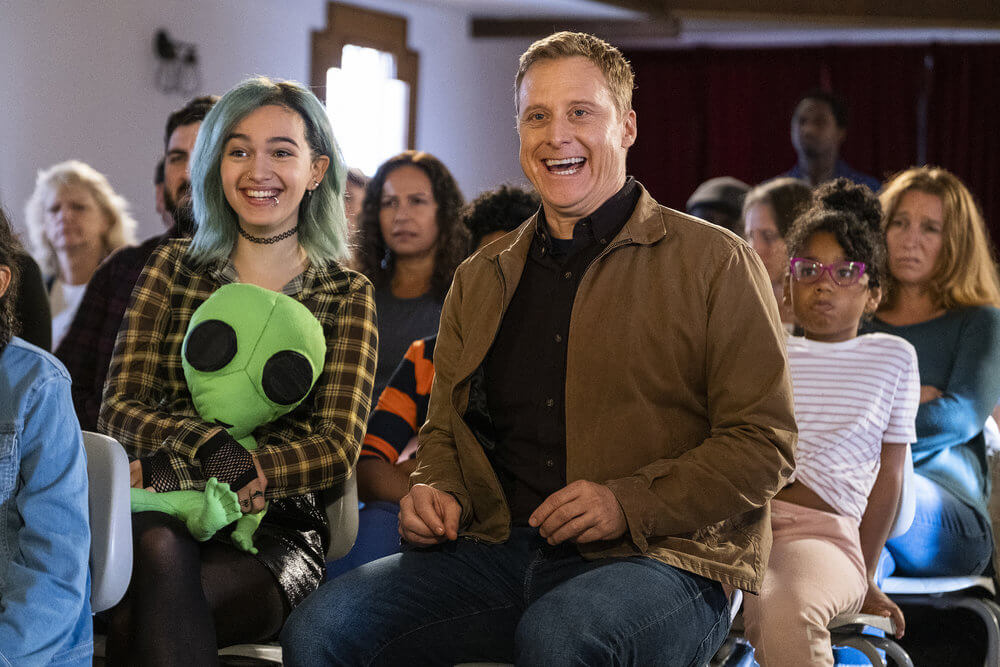 To avoid detection by the citizens of Patience, CO, while searching the winter weather Colorado Mountains for fragments of his spacecraft, an extraterrestrial crash-landed on the globe on a mission to destroy humankind.

He adopts the name of Dr. Harry Vanderspeigel. “To be human” is something he learns through watching Law & Order and copying Jerry Orbach, the late actor. Mike “Big Black” Thompson, the sheriff of Patience, and his deputy, Liv Baker, come up to his tiny home one day.

In this town, there has been a murder, and they urgently want a physician. The local doctor was assassinated. Soon, he became the town doctor and was in frequent touch with the residents of the town.

Until now, he has passionately resisted this topic. The more he interacts with people, the more he understands what makes them human. This causes him to pause, but he is steadfast in his determination to wipe off the human race.

He also learns that only one person in town can see him as he is. 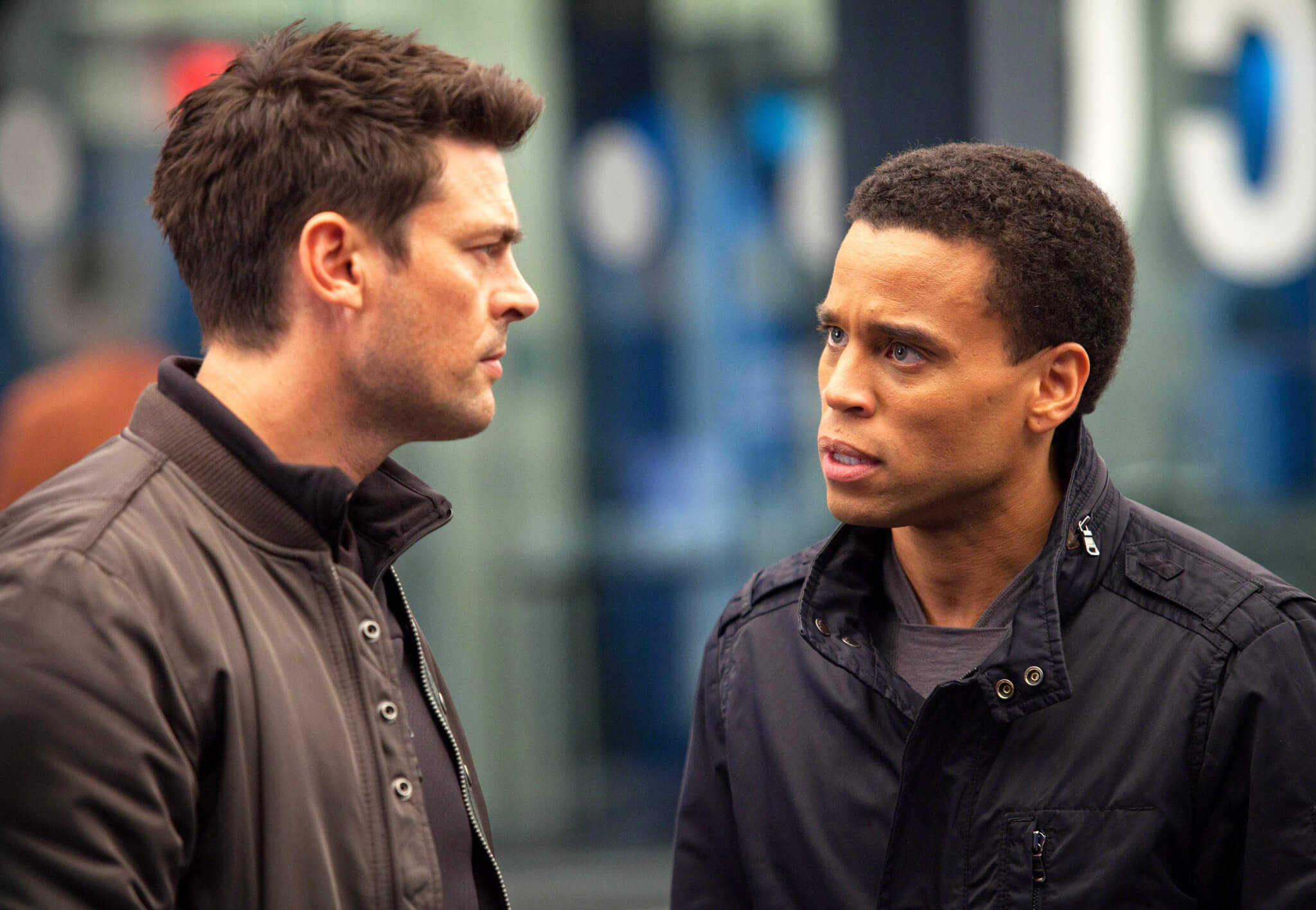 Jeppe Ronde, a Danish filmmaker who has won several awards for his work, has asked ten of the most prominent scientists in the world, together with a single robot, to reassess our relationship with technology and study microcosmic detail and the challenges it poses.

Stephen Fry is a presenter, actor, comedian, writer and campaigner who is known all over the globe. He has lent his famous voice to Rnde’s academic essay, and he talks to all of humanity as the movie sadly walks us through our past as well as the history of science itself. 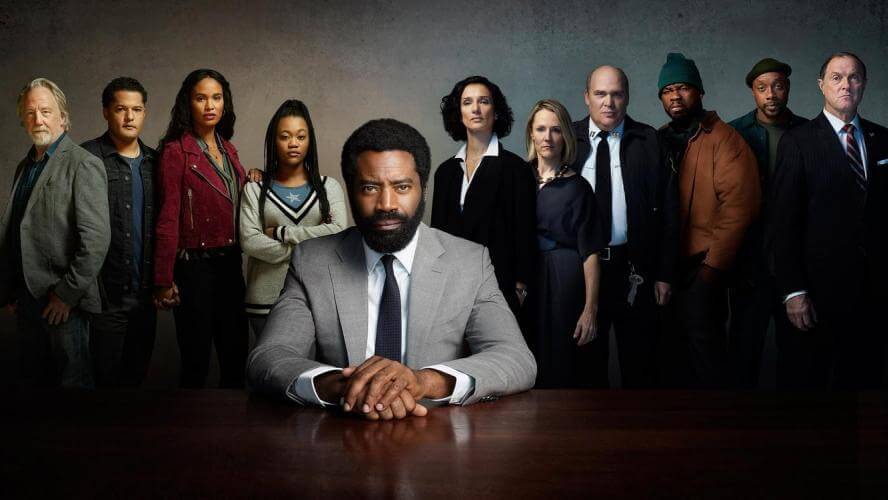 The television show is inspired mainly by the actual incidents that occurred in the life of Isaac Wright Jr., a man who was wrongfully convicted of a crime for which he was not responsible.

He assisted in overturning the unjust convictions of twenty of his fellow prisoners before he was eventually able to prove his innocence. During his time behind bars, he earned his paralegal certification. 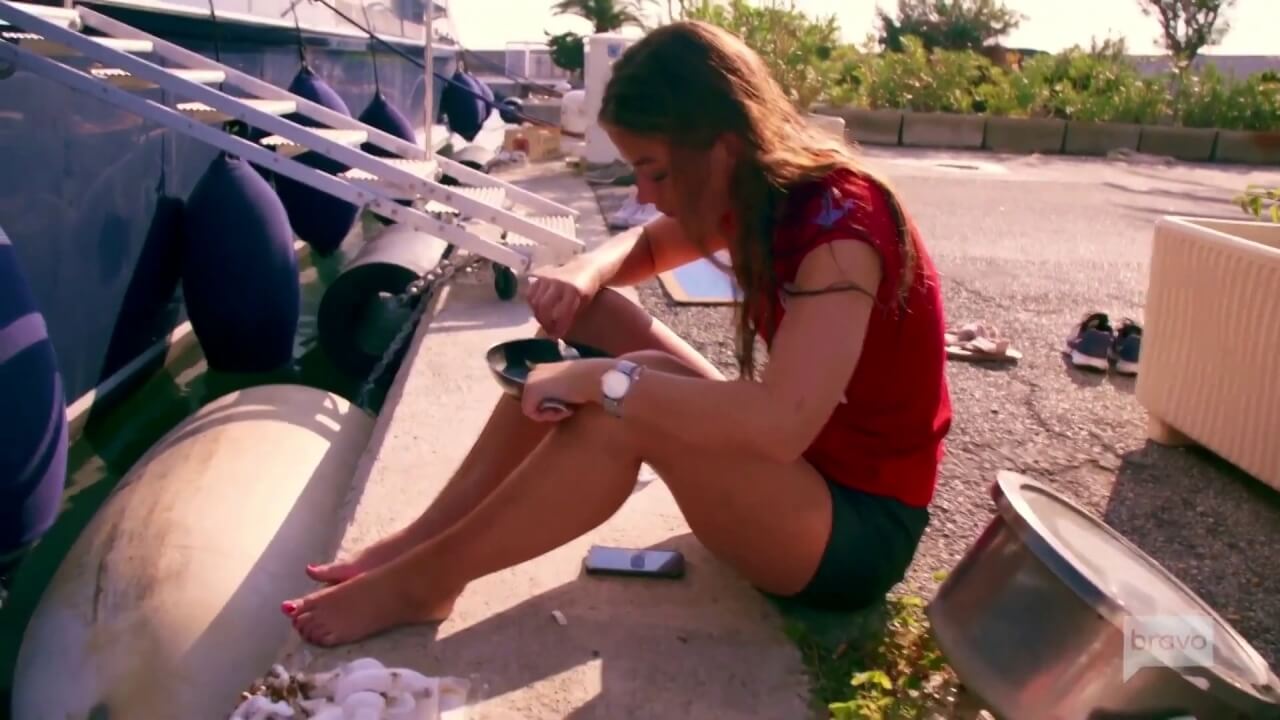 This installment of the “Below Deck” franchise features nine members of a team who work and reside aboard a yacht that is 150 feet long. These passengers each bring their own unique set of obstacles for the ship’s crew to overcome.

The series also has a new boat, staff, and location. As the ship sails around the Mediterranean, a new group of high-society guests is introduced in each episode. Mark Howard, who has spent nearly 30 years working on yachts, and Sandy Yawn,

Who is one of the few women in the cruise industry to hold the role of captain, have taken turns leading the crew of the ship as captain throughout the run of this series.

Hannah, the head stewardess, is another member of the staff, and she considers the Mediterranean to be the best region for sailing. Mark Howard is a vet of almost 30 years on yachts. 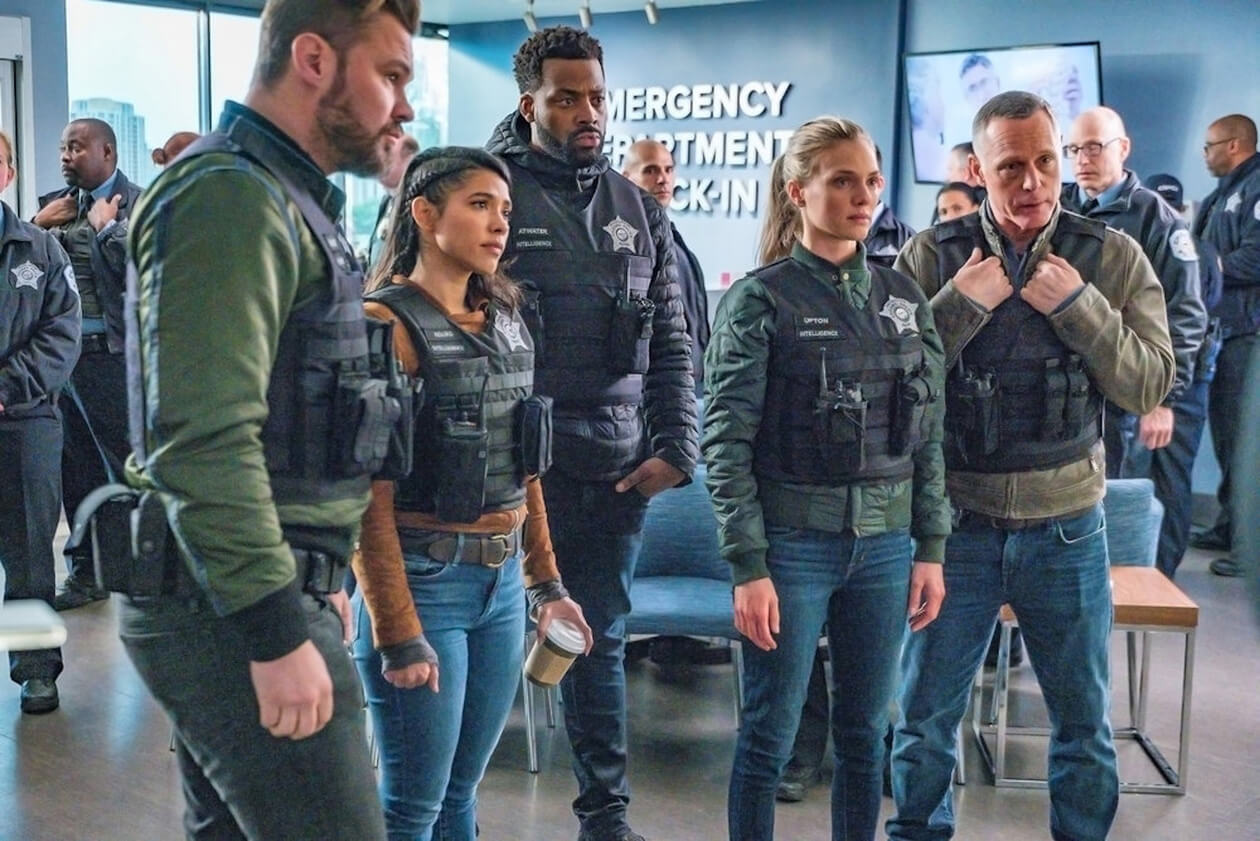 When Lindsay was there, she saw a guy fleeing the scene while bleeding after being pursued by a lady armed with a knife. Lindsay tracks down the lady who claims the guy held her hostage and forced her to do sexual acts for him.

The issue is that the lady does not have a house and is concerned about her mental health. And when they confront the guy, he insists that the woman is delusional. On the other hand, they believe the lady.

Roman takes over and needs to complete some inventory while Platt is busy getting ready for her wedding. He can’t help but find some of the items intelligence ordered to be dubious.